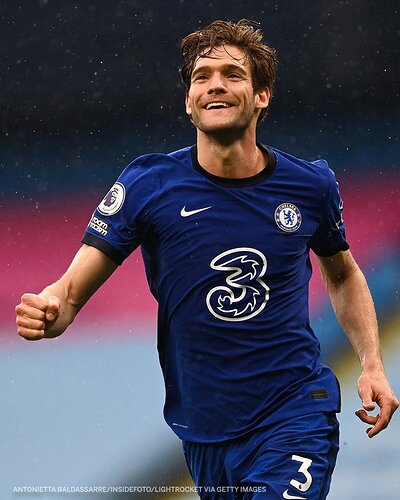 2010 - At 91m 54s, Marcos Alonso’s winner was the latest winning goal scored in an away Premier League game against Manchester City since Paul Scholes for Man Utd in April 2010 (92:41). Scenes. 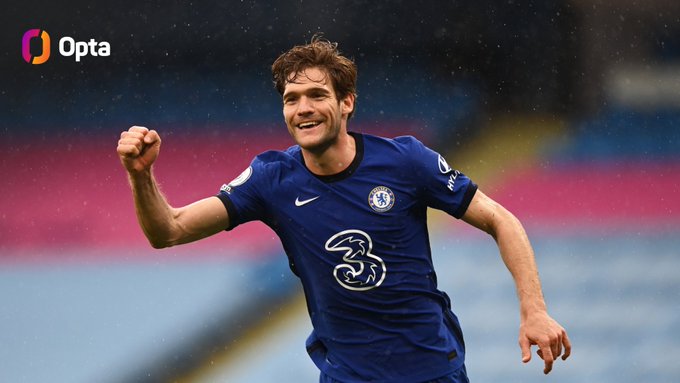 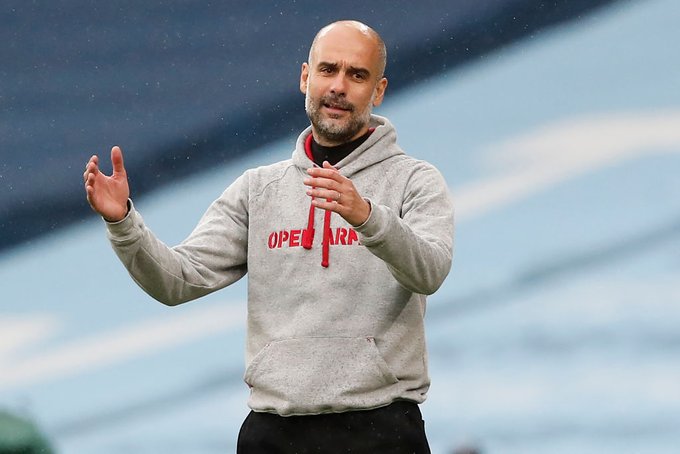 A goal in either half for Jurgen Klopp’s side as they keep their UCL qualification hopes alive. 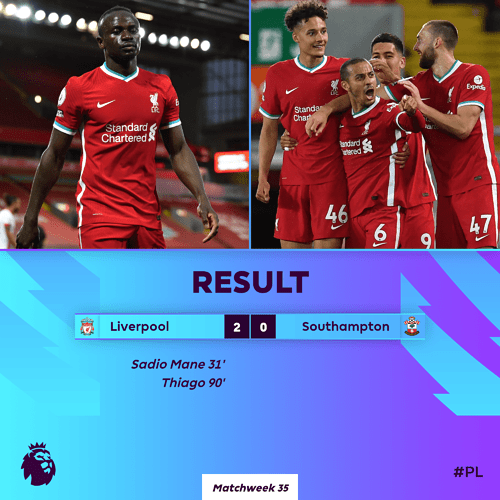 No team has ever completed the Premier League double against Liverpool since Jürgen Klopp took charge of the club.

Sean Dyche is now the only man that could do it this season. 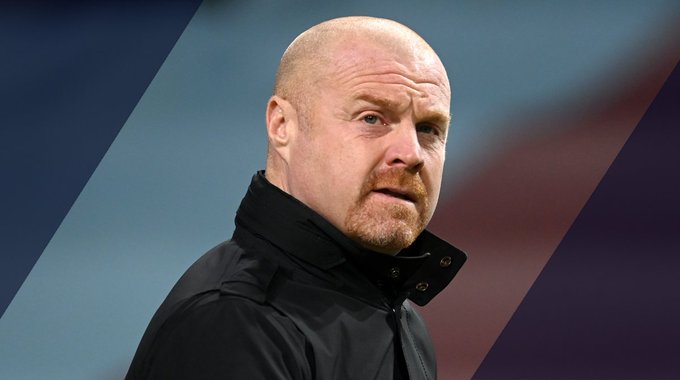 Chelsea defeat Guardiola’s City for the second time in three weeks to go third in the Premier League.

What an impressive record!!

Tuchel continues to cast his magic as Chelsea land in the top 4.

Next stop UCL Final- Doesn’t seem far fetched at all!

Completely perplexed and amazed by the way this guy has turned around things for Chelsea.

Chelsea bosses must be beaming with joy and taking credit for their excellent pick of Tuchel as manager for Chelsea.

Who is Chelsea new Manager, Thomas Tuchel and what type of Football does he play?

The first German to manage Chelsea will need to keep his new bosses happy. Although Tuchel’s first task will be lifting the side back into the top-four race, he must challenge for the title in the long run.

The PL action keeps on coming 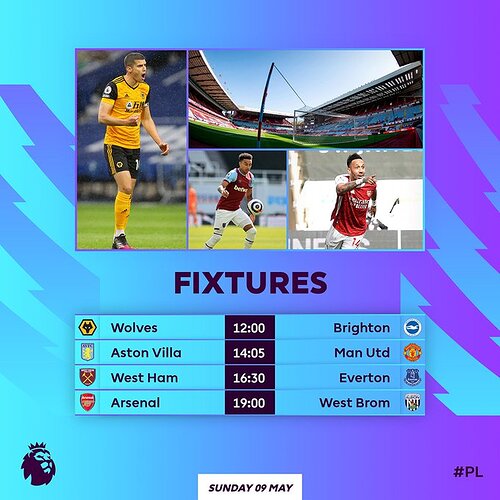 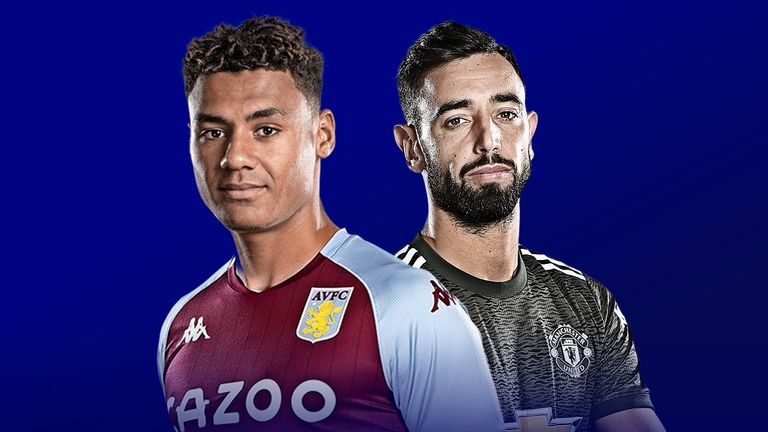 Manchester United face the first of three [Premier League games in the space of five days as they head to Aston Villa today.

The postponement of United’s games against Liverpool last Sunday has created a fixture pile-up for the Red Devils, with Villa up first before facing Leicester (May 11) and the rearranged match versus Jurgen Klopp’s champions (May 13).

The saving grace for United is that Champions League qualification via a top-four finish is all but assured barring a late collapse this season, while Ole Gunnar Solskjaer’s men also have a Europa League final against Granada to look forward to later this month. 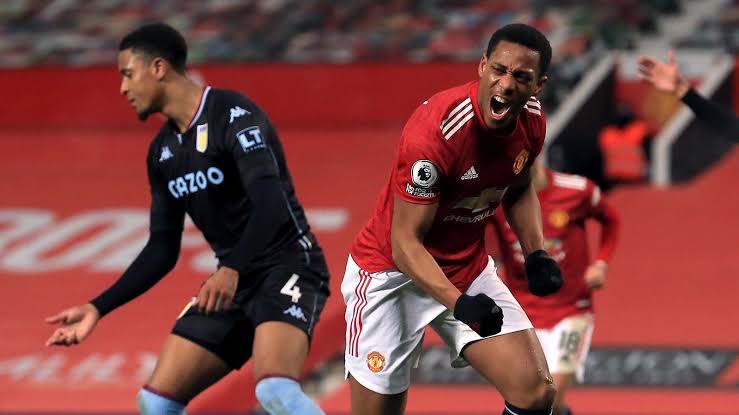 image739×415 42 KB
Aston Villa will again be without skipper Jack Grealish when they host Manchester United on Sunday.

Solskjaer said before the trip to Italy that winger Daniel James was “still out for a little while”, while Anthony Martial and Phil Jones are on the road to recovery from knee issues.

Aston Villa have picked up just one win in their last 44 Premier League games against Manchester United (D11 L32) and are winless in their last 16 against them since a 1-0 win at Old Trafford in December 2009. 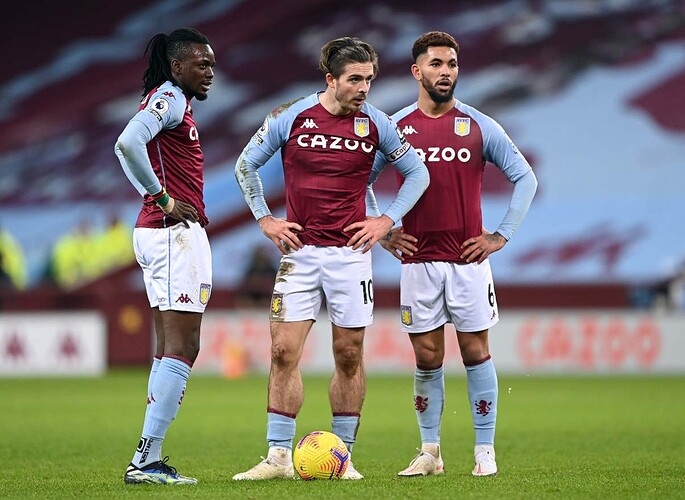 Manchester United are unbeaten in their last 21 Premier League away games against Aston Villa (W14 D7) since a 3-1 loss on the opening day of the 1995-96 campaign. It’s the longest unbeaten away run one side has had against another in English league history. 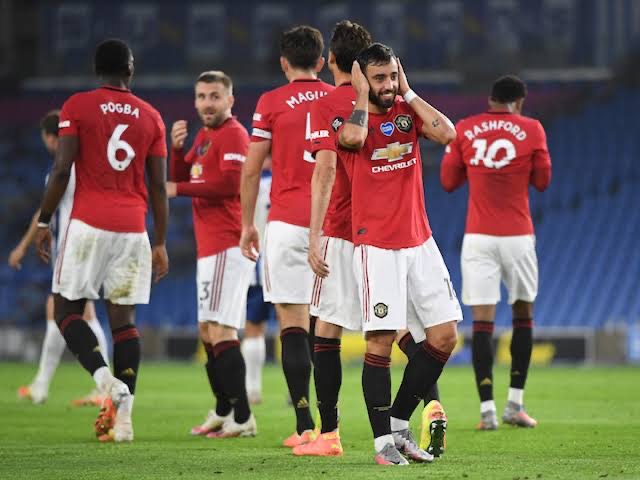 In all competitions, Manchester United are unbeaten in their last 21 away games against Aston Villa since a 3-0 League Cup loss in October 1999. Only Liverpool at Sunderland (23 between 1959-2002) have had a longer unbeaten away run against an opponent in English football. 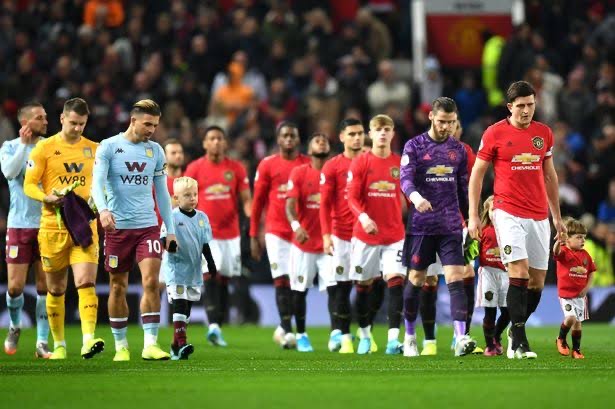 Manchester United are unbeaten in their last 24 Premier League away games (W15 D9), just three short of Arsenal’s all-time top-flight record between April 2003 and September 2004. In their 10 away league games so far in 2021, Manchester United have kept seven clean sheets and conceded just once in each of the other three. 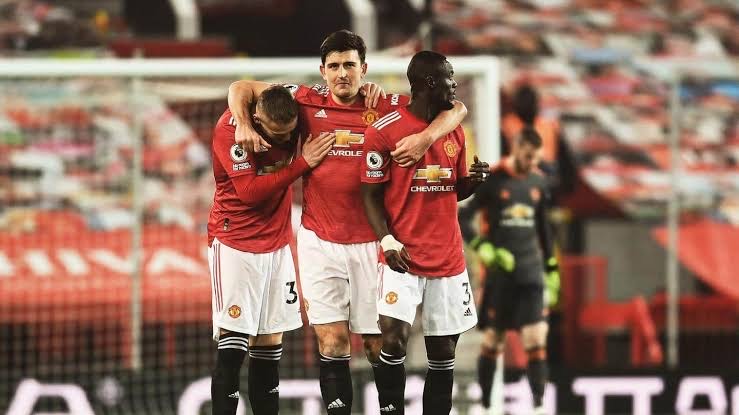 Aston Villa are looking to secure back-to-back Premier League victories for the first time since December. However, they’ve not beaten a team in the top two in the Premier League since March 2014 (1-0 vs Chelsea), drawing three and losing nine of their 12 such games since. 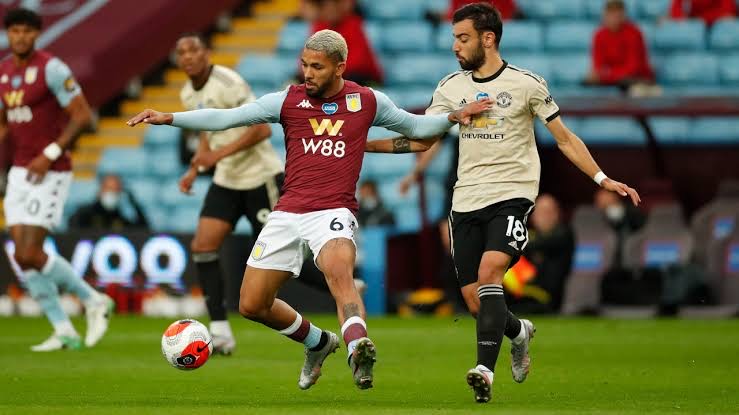 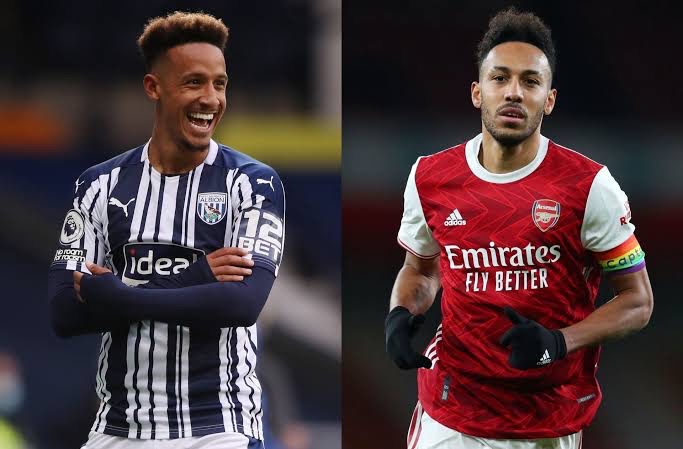 Arsenal be aiming to consolidate their place in the top half of the 2020/21 Premier League table when they lock horns with West Bromwich Albion in Matchweek 35 at the Emirates on Sunday night.

The Gunners, following their elimination from the UEFA Europa League at the hands of Villarreal, find themselves staring at the possibility of no European football for next season as they are currently tenth in the table, seven points off of sixth-placed Tottenham.

Westbrom meanwhile, meanwhile, seem set for the drop back to the EFL Championship. The Baggies are currently stuck to the 19th spot in the table, ten points off of Burnley in 17th. While a survival is still a mathematical possibility for Sam Allardyce’s men, the fact that they have failed to win their last three games in a row, most recently playing out a 1-1 draw against Wolves, does not help their cause and a defeat here would confirm the inevitable.

The Gunners are likely to be without both David Luiz and Granit Xhaka, but otherwise Mikel Arteta has a fit squad from which to choose.

Branislav Ivanovic and Robert Snodgrass are doubts for West Brom’s trip to the capital. 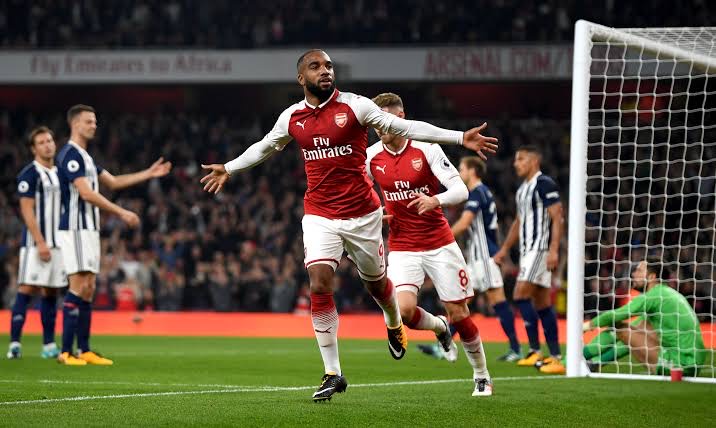 West Brom have lost each of their last seven Premier League away games against Arsenal by an aggregate score of 15-1. 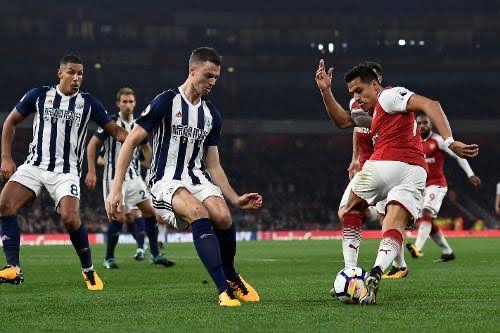 After winning consecutive away Premier League games in April 2018, West Bromwich Albion have won just two of their subsequent 18 away games in the competition (D5 L11). Indeed, only Sheffield United (4) have collected fewer away points in the Premier League this term than the Baggies (11). 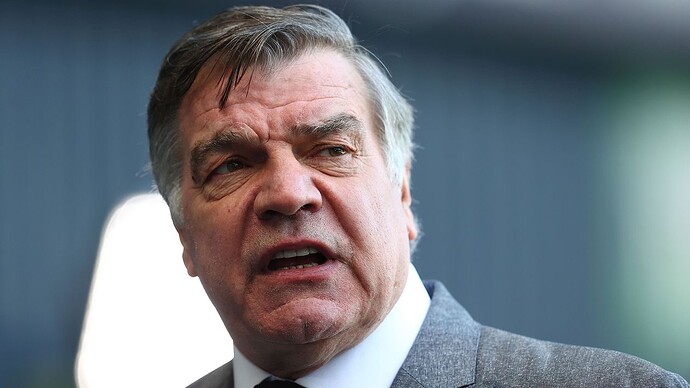 Morgan Gibbs-White scores his first ever Premier League goal to complete the comeback for Wolves against 10-man Brighton. 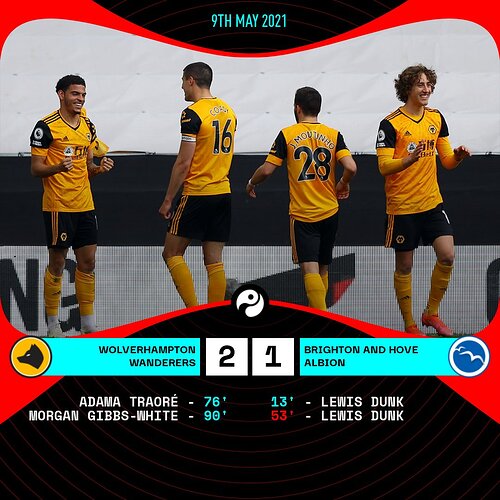