The highlight of this Matchweek will take place at Stamford Bridge on Sunday afternoon as Chelsea welcomes Manchester United.
Chelsea are currently fifth in the table, two points behind fourth-placed West Ham United on the same number of matches, while Man United are second, 10 points behind the leaders Manchester City.

Manchester City will be eyeing to take another step closer to the Premier League title when West Ham United visit the Etihad Stadium on Saturday afternoon to lock horns with the table-toppers in Matchweek 26.

Another standout fixtures in this round of Premier League action will take place at the King Power Stadium on Sunday afternoon as Leicester City welcome Arsenal.

A Liverpool side in freefall will look to arrest their alarming slump in form when they face relegation-bound Sheffield United at Bramall Lane on Sunday evening.

Premier League Standing after the Conclusion of week 25 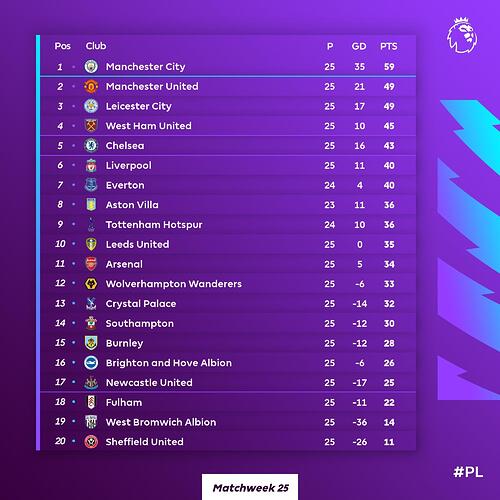 In this thread we will be covering fixtures of Matchday 26 from 27th February to 1st of March. A total of 10 matches. 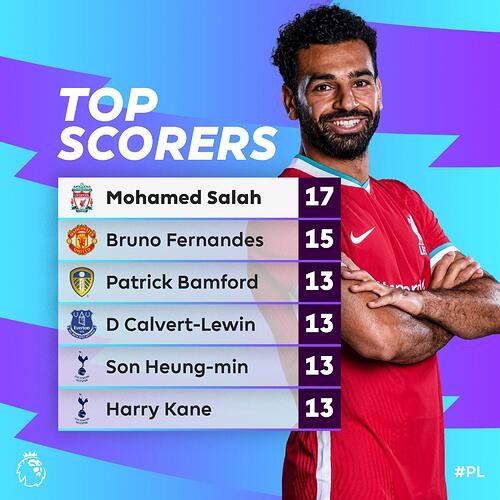 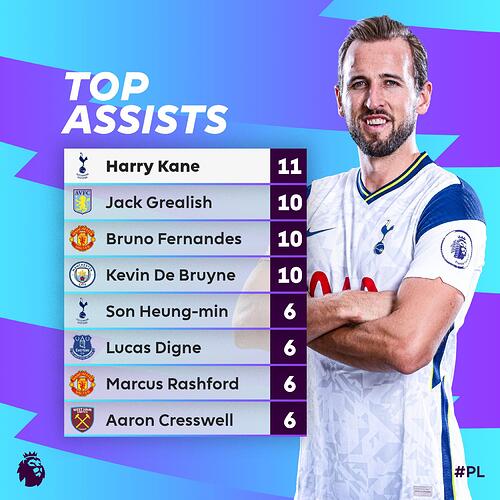 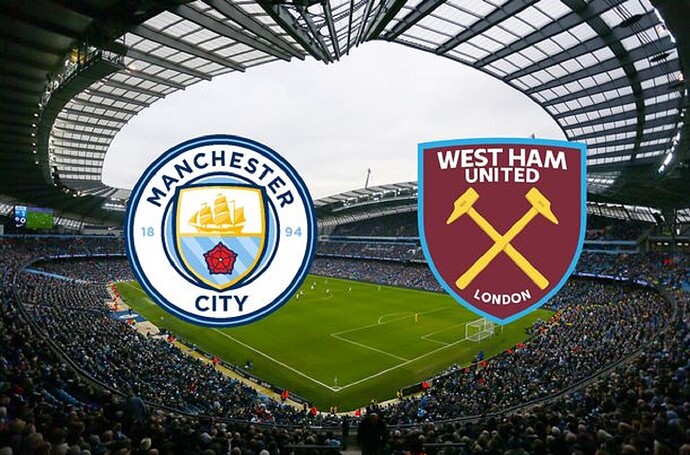 Following another commanding victory against Borussia Monchengladbach in their UEFA Champions League Round of 16, Manchester City are thriving at the moment. Since the draw against West Brom last December, the Cityzens are on a 19-game winning streak. And they will be aiming to extend that run and open up a 13-point lead over second-placed Manchester United who face a tough game against Chelsea this weekend.

Meanwhile, West Ham United’s dream run has been one of the fascinating sights of the 2020/21 Premier League. With a convincing triumph of 2-1 over Tottenham in last week’s encounter, David Moyes’ side made a huge statement, moving into fourth place ahead of the likes of Chelsea and Liverpool. And the Hammers’ boss will hope his squad pull off another massive win against this immaculate Manchester City at the Etihad.

In the reverse fixture, played at the London Stadium last October, West Ham were able to keep Manchester City at bay, as the fixture ended up in an intriguing 1-1 draw.

Manchester City have close to a full squad available. Centre-back Nathan Ake is their only notable absentee with the Dutchman continuing to train alone after a muscular problem.

David Moyes says West Ham’s squad is in good shape as they head to Manchester City on Saturday.

Ryan Fredericks is a doubt with a groin strain, that is not serious but he’s “touch and go” according to Moyes. Arthur Masuaku and Andriy Yarmolenko remain longer-term absentees.

Manchester City are unbeaten in their last 10 Premier League meetings with West Ham (W8 D2) since a 1-2 home loss in September 2015. 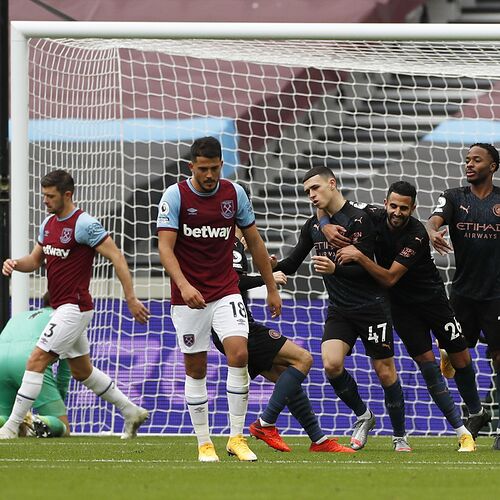 West Ham are looking to avoid defeat in both league meetings with Man City in a Premier League campaign for the first time since 2015-16 (W1 D1). However, the Hammers have lost 10 of their last 11 league visits to the Etihad (W1) 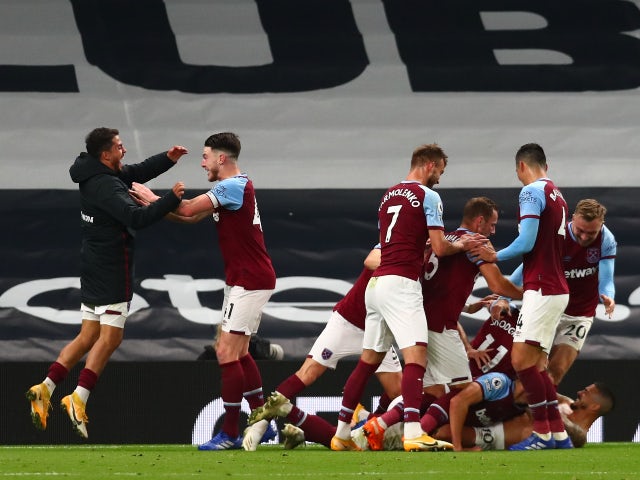 Manchester City are looking to record the sixth ever run of 14 consecutive top-flight victories. This had happened just once across the first 118 seasons of English top-flight football (by Arsenal in 2002), with the last four such runs occurring over the past four campaigns (2x Liverpool, 2x Man City). 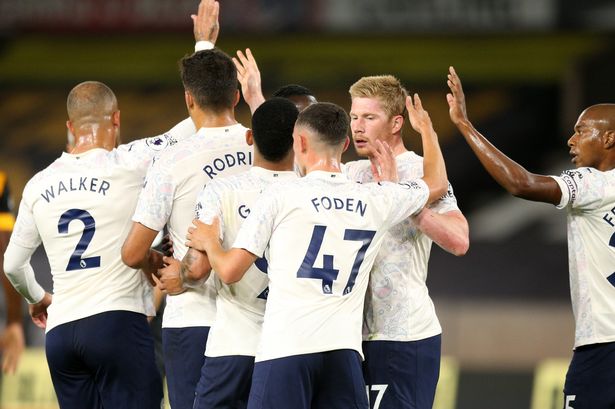 Manchester City in their last 26 games: 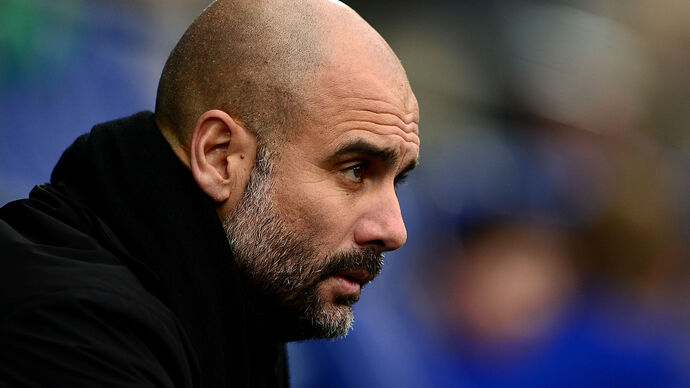 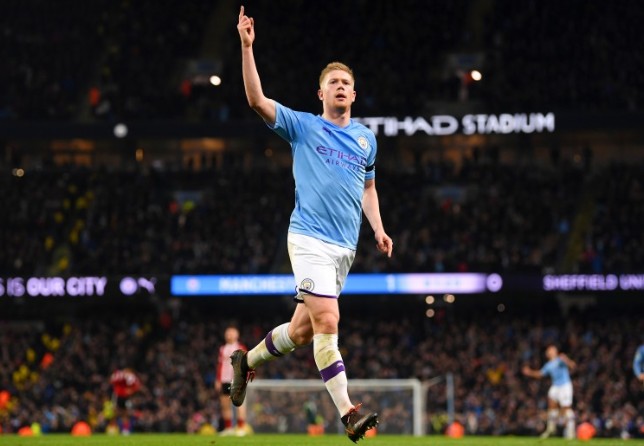 With 3 goals and 15 Assists in all competitions, the Manchester City No. 17 has yet again proven his quality and the ability to make a difference. And if West Ham United need to stop the Cityzens’ juggernaut, David Moyes’ side will need to keep a close eye on the Cityzens’ midfielder and stop him from dictating the proceedings.

This is an amazing feat!

On a bad day, that’s how many goals a team is capable of conceding in one game!

For Man City to achieve this in 26 games is awe-inspiring!

Last week: David Moyes earns his first ever win against a team managed by Jose Mourinho

A first time for everything? 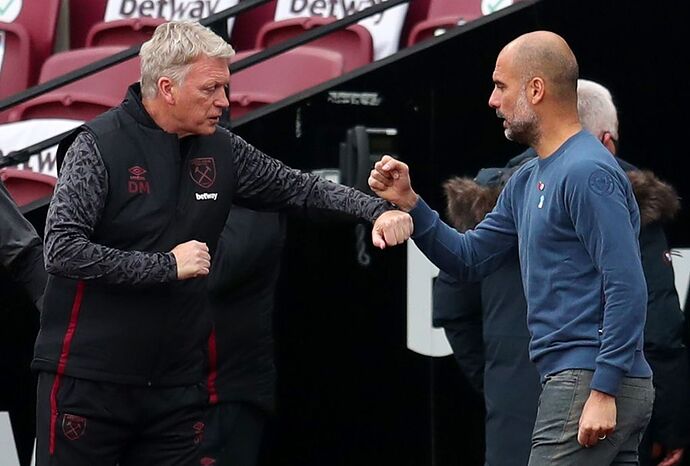 Of all the players to have played 500+ minutes at home in the Premier League this season, only Mohamed Salah averages more shots per 90 at home than Kevin De Bruyne.

KDB lets fly at The Etihad. 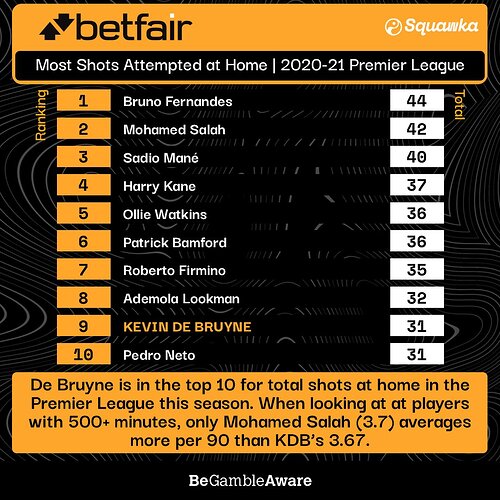 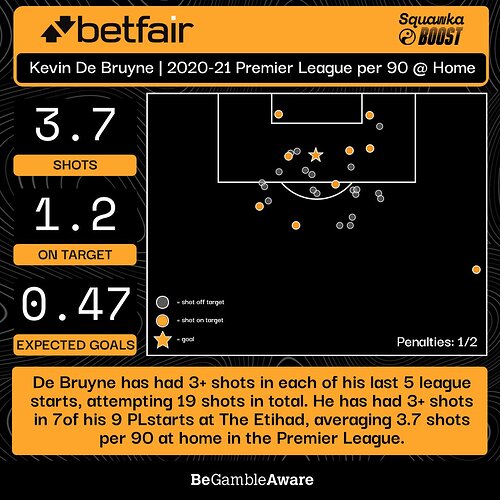 Just his third league start of the season. 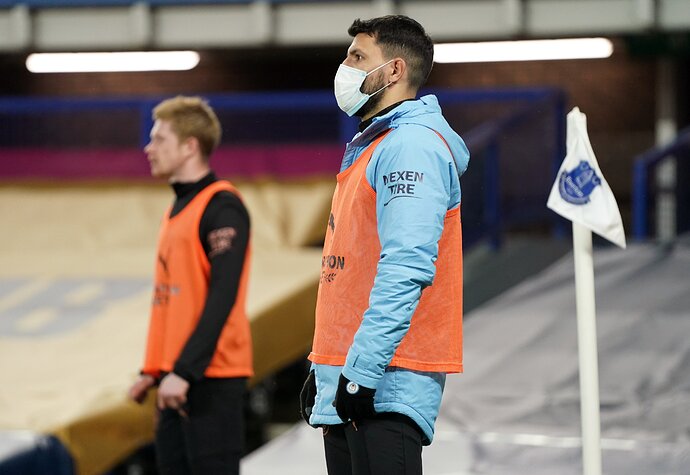 Assist number 11 for the Belgian in the Premier League, moving him level with Harry Kane 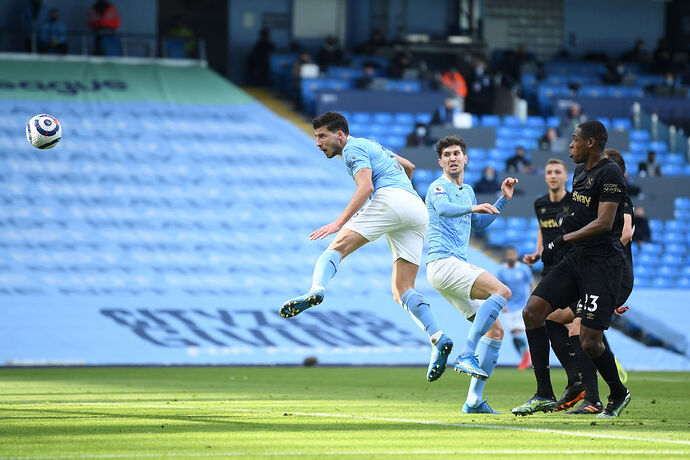 KDB breaks clean into the top 10. 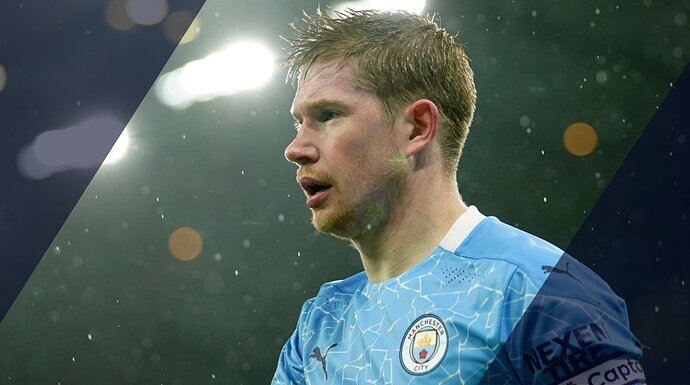 Most assists in Europe’s top five leagues this season:

KDB back at the top again. 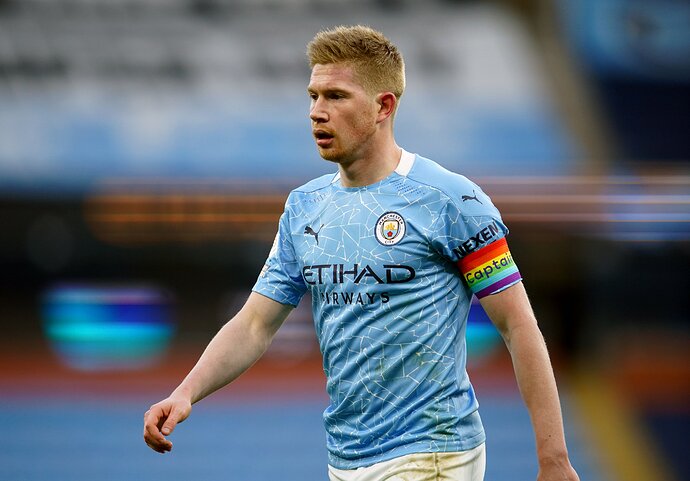 West Ham equalise just before the break through Michail Antonio, who scores in back-to-back games against Manchester City 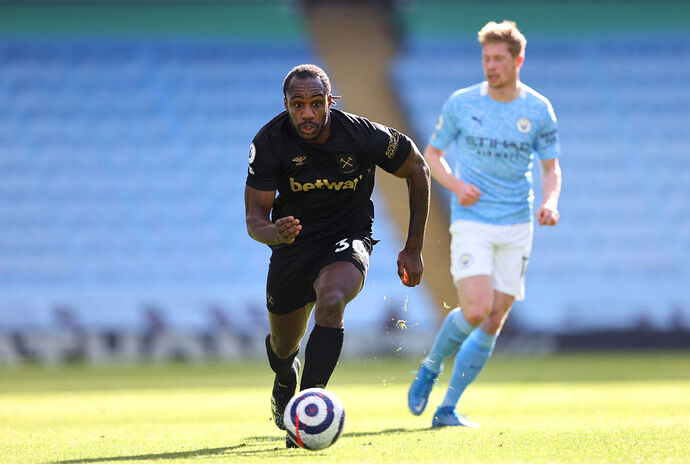 Michail Antonio has now scored 43 Premier League goals in his career and every single one of them has been scored from inside the penalty area.

Hammer in the Box. 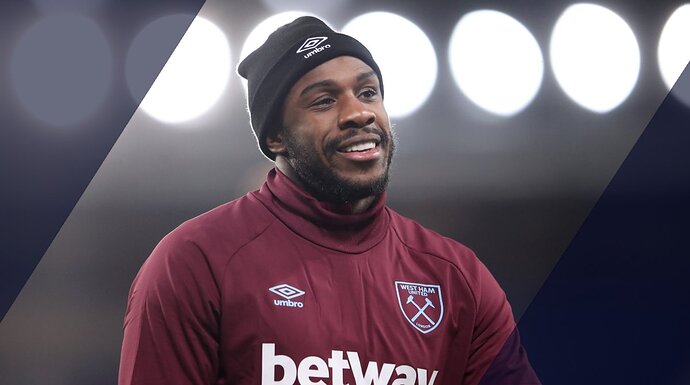