The action continues to come at a breakneck speed all across Europe and in England, Gameweek 25 of the 2020/21 Premier League season begins this weekend.

It’s the Merseyside derby weekend as Liverpool play hosts to trembling Everton on Saturday evening at Anfield, hoping to end their miserable run in the Premier League in Gameweek 25.

Chelsea will also be aiming to continue on their winning ways under manager Thomas Tuchel when they lock horns with Southampton this weekend in the Premier League. While Manchester United will be looking to keep their slim Premier League title hopes alive when they welcome Newcastle United to Old Trafford on Sunday evening. 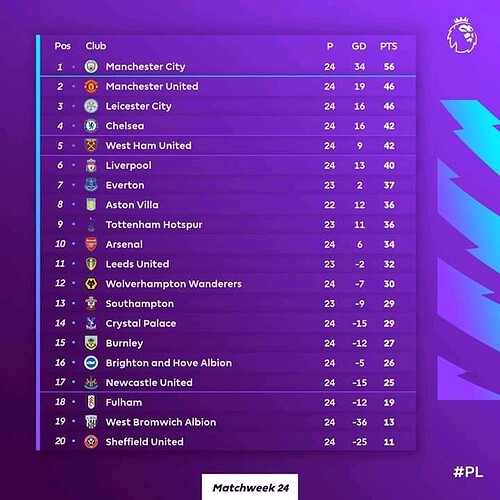 In this thread we will be covering fixtures of Matchday 25 from 19th to 23rd of February. A total of 11 matches. 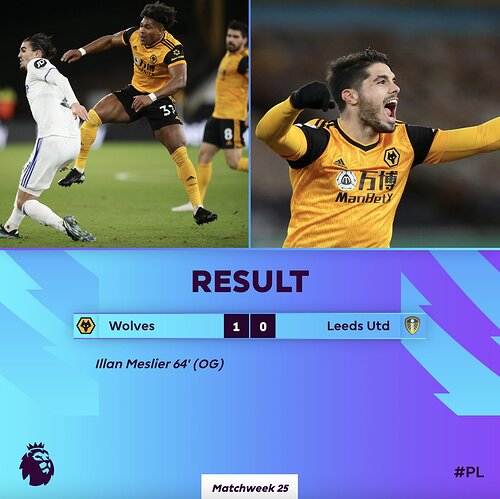 saves to go with his clean sheet in last nights game.

'keeper to make more saves and keep a clean sheet in a PL match was Marcus Hahnemann against Everton in March 2010. 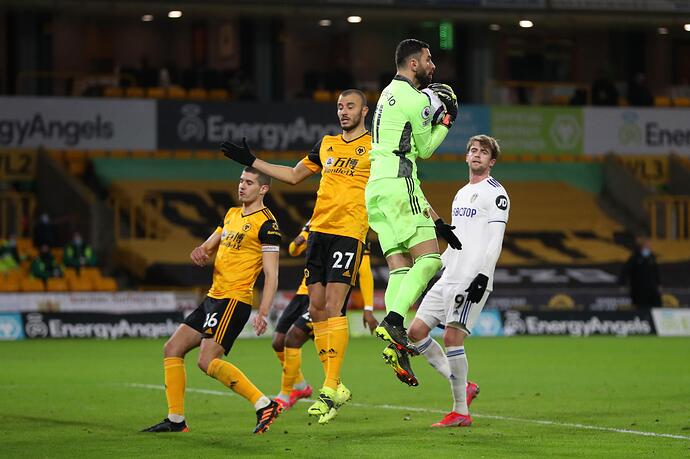 Which players will add to their tally this weekend? 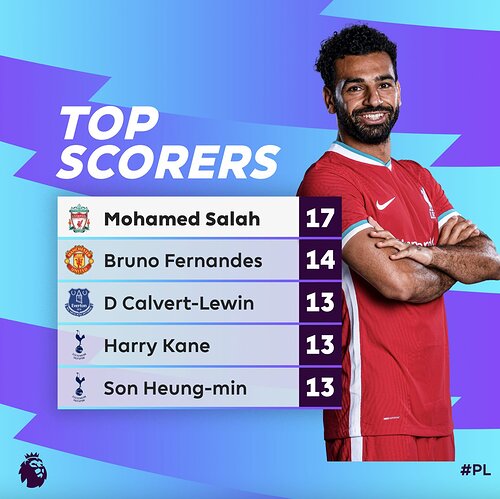 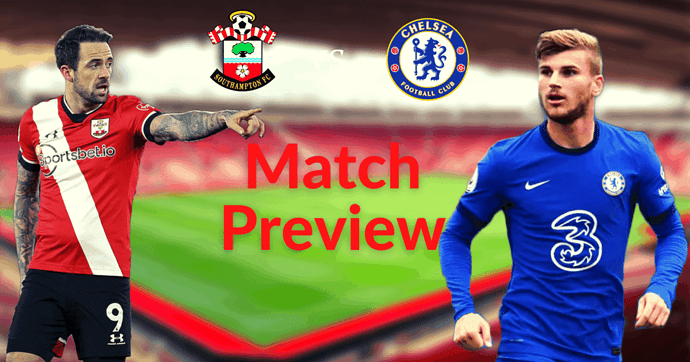 Matchday 25 of the 2020/21 Premier League gets underway this week and top-four hopefuls Chelsea will be in action on Saturday afternoon when they travel south to take on Southampton at St. Mary’s.

Southampton, after a promising start to the campaign, have just faded off in recent weeks. Indeed, Ralph Hasenhuttl’s men have lost each of their last six Premier League matches, with the latest one ending in a 2-1 defeat to Wolves, which has left them in the 13th place in the table, just four points above Newcastle United in 17th.

Chelsea, meanwhile, have gone on a completely opposite trajectory to that of their weekend opponents since Thomas Tuchel took over last month. Indeed, the Blues have risen from ninth to fourth in the table on the back of a five-game unbeaten run in the league under the German, most recently beating Newcastle United 2-0.

The reverse fixture, played at Stamford Bridge last October, was an entertaining encounter that ended in a 3-3 draw courtesy of an injury-time equaliser from Jannik Vestergaard.

Southampton will be without Kyle Walker-Peters for the visit of Chelsea on Saturday afternoon.

Walker-Peters isn’t the only injury absentee for Southampton as Ibrahima Diallo and Theo Walcott are also unavailable.

Chelsea will face Southampton at St Mary’s Stadium on Saturday, with Tammy Abraham back in the running to feature in the Premier League clash.

Brazil defender Thiago Silva will miss Saturday’s lunchtime kick-off clash despite being back in training as he continues his recovery from a thigh issue.

Southampton have lost their last five home league games against Chelsea, their longest losing run against a specific opponent in their league history. 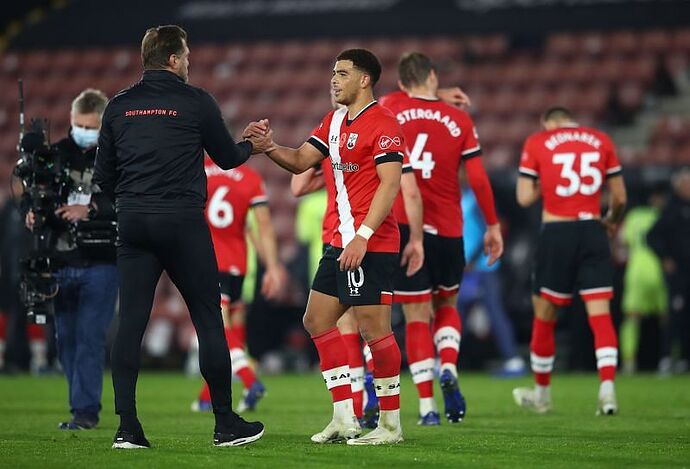 Chelsea haven’t failed to win either of their league meetings with Southampton in a season since 2014-15, when they drew 1-1 both home and away against them. 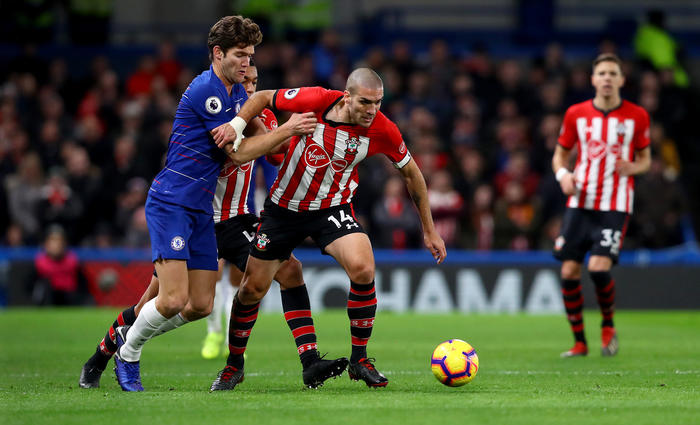 Southampton have lost each of their last six Premier League games, conceding 20 goals in the process (3.3 per game) - it’s their longest losing run in the club’s entire Football League history. 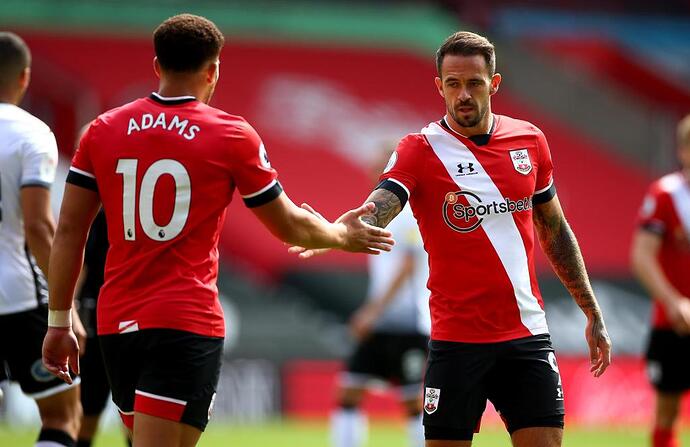 Chelsea have won both of their away Premier League games under Thomas Tuchel - the last Chelsea manager to win his first three away games in the competition was Carlo Ancelotti in 2009. 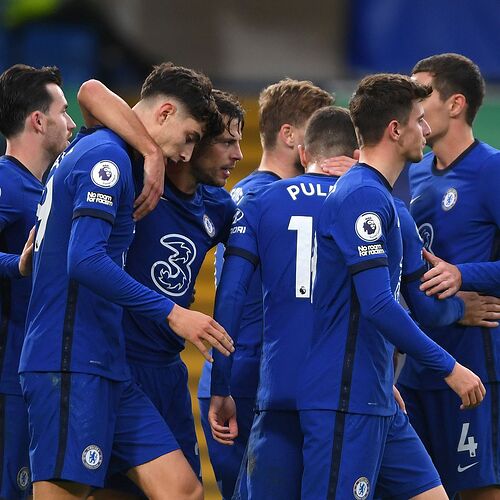 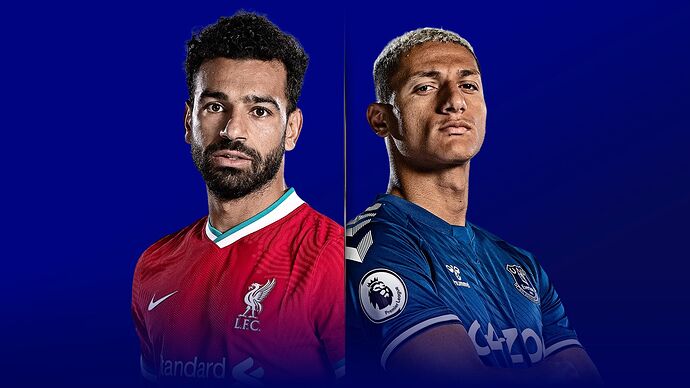 skysports-liverpool-everton_52767442048×1152 261 KB
A fascinating event awaits in the Premier League, as both Merseyside teams will lock horns in an intriguing clash at Anfield on Saturday. Liverpool will be raring to gain much-needed momentum in their league campaign, as their advancement so far has portrayed a series of unconvincing scenarios.

The Reds are heading into this fixture on a positive note, as they grabbed a crucial triumph against RB Leipzig in the UEFA Champions League Round of 16 first leg. Jurgen Klopp’s men have been going through a rough patch for quite a while now, and they are well aware of the fact that from now on, they need to be steady enough for the remaining games to ensure their spot in the top four of the league table.

Like their opponents, The Toffees have managed to grab just two victories in their last five outings across all competitions, which does indicate their existent rugged phase. The daunting defeat against Manchester City in the previous match narrated much of the frailties in their plod, which has been a concerning sight for their Italian manager in recent weeks.

In the reverse fixture, the match ended up in a thrilling draw at Goodison Park, as the Everton forward Dominic Calvert-Lewin spoiled the party for the visitors in the twilight minutes of that fixture.

Liverpool’s Fabinho is not fit to return for the Merseyside derby so loan signing Ozan Kabak is set to start his first match at Anfield against Everton.

Naby Keita is back in contention to play his first game since December after resuming first-team training this week following an ankle injury.

Carlo Ancelotti will be able to again call on England forward Dominic Calvert-Lewin, who had missed Everton’s past two matches with a hamstring injury.

Defender Yerry Mina, though, is set for up to four weeks out with a calf problem suffered against Manchester City on Wednesday.

Liverpool are unbeaten in their last 23 meetings with Everton in all competitions (W11 D12), their longest unbeaten run against an opponent in their history. 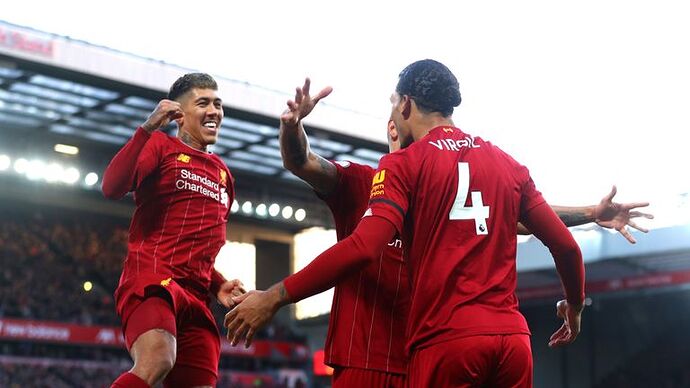 Liverpool vs Everton is the most drawn fixture in Premier League history, with 24 of the meetings between the sides ending level. The Merseyside derby has also seen more red cards than any other fixture in the competition (22). 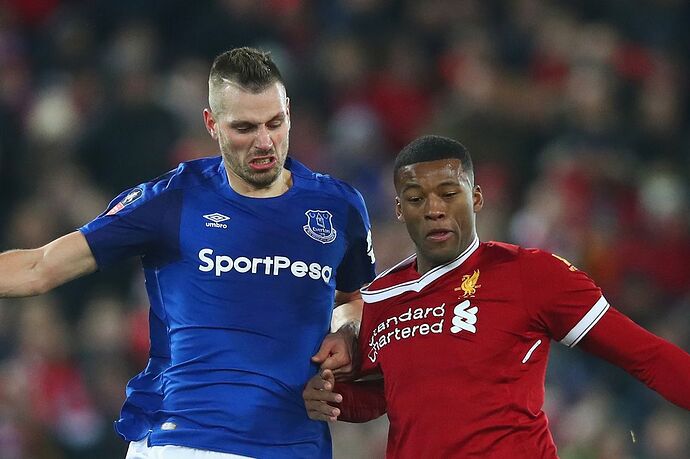 Everton haven’t won any of their last 20 Premier League away games against Liverpool (D9 L11), last winning at Anfield in September 1999 thanks to a Kevin Campbell goal. 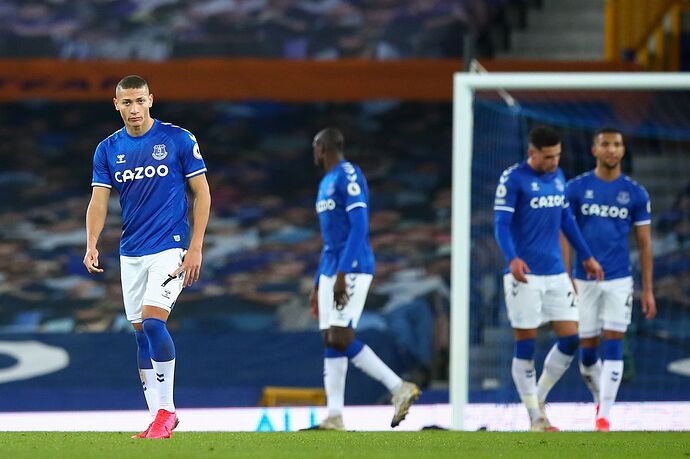 Dominic Calvert-Lewin has scored eight away goals in the Premier League this season; the only Everton player to score nine on the road in a single Premier League campaign is Romelu Lukaku, who did so in both 2015-16 and 2016-17. 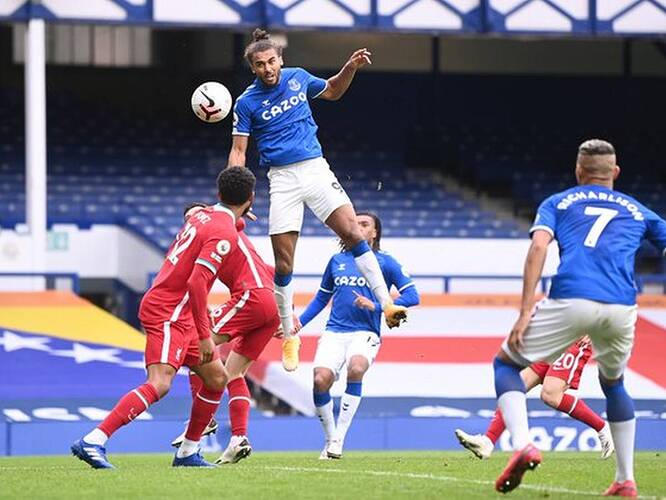 Mohamed Salah has scored in each of his last two Premier League appearances for Liverpool but ended on the losing side in both. The last player to score in three in a row in the competition but still lose all three was Michail Antonio in September 2016 for West Ham United. 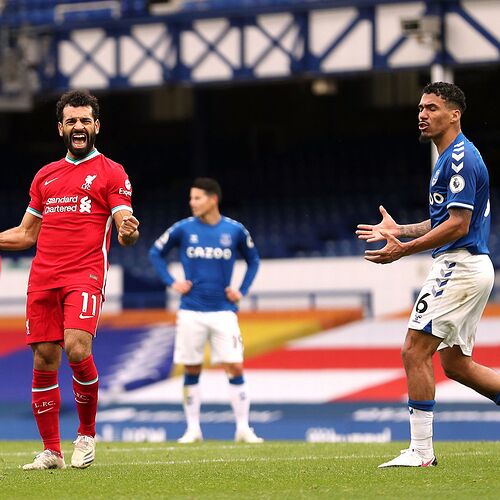 Takumi Minamino has now scored more Premier League goals in three games for Southampton (2) than he managed in 19 appearances for Liverpool (1).

Sat Édouard Mendy on the floor. 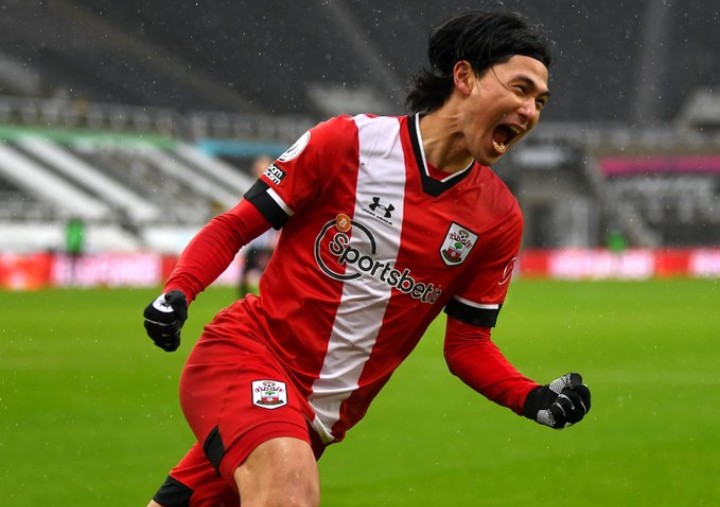 Saints lead out of nowhere. 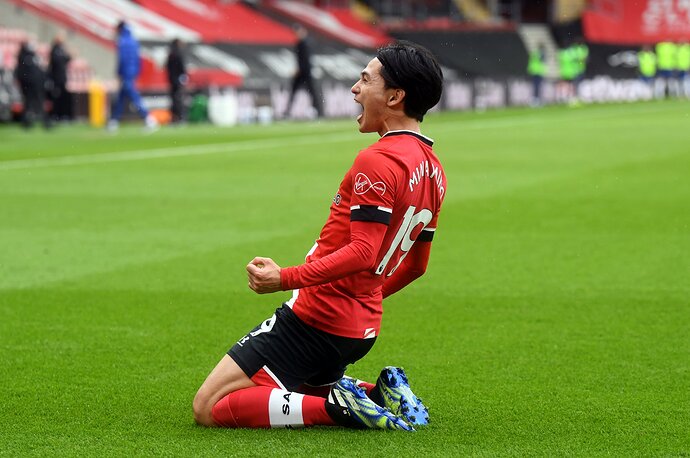 Chelsea are back in the game! 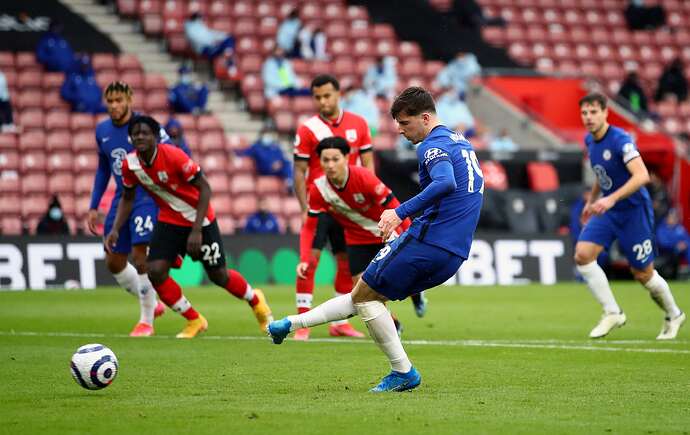