The games are coming thick and fast in the Premier League, with Gameweek 23 getting underway on Saturday.

The highlight of this Matchweek is obviously at Anfield Champions as Liverpool face a tough test when they welcome a high-flying Manchester City to Anfield in their latest Premier League showdown on Sunday.

Another important game this weekend will be played at Old Trafford, where Manchester United will be playing hosts to Everton, with three points of the utmost importance for both the teams. 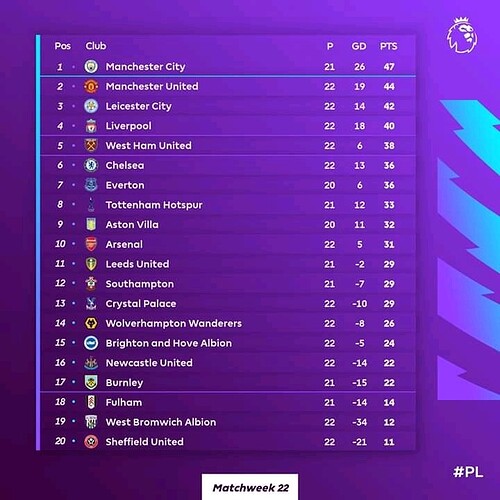 In this thread we will be covering fixtures of Matchday 23 from 6th to 9th of February. A total of 10 matches.

Manchester United vs Everton - 1:30 AM IST 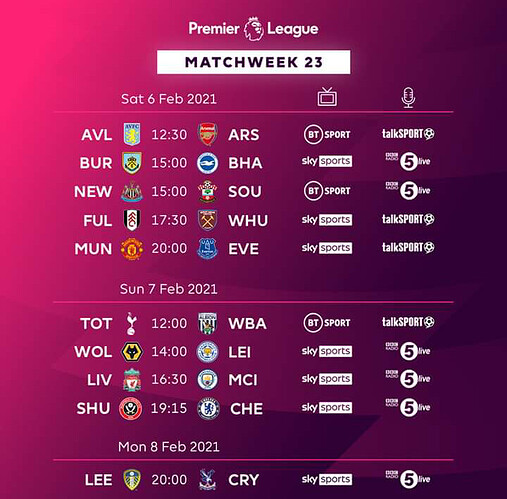 Who get the football manager of the month? 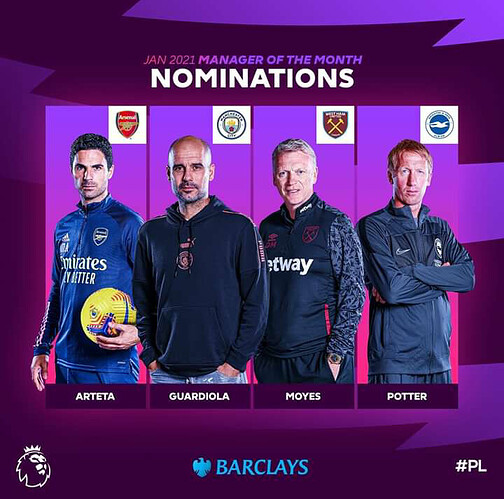 Who get the best EA SPORTS FIFA player of the month? 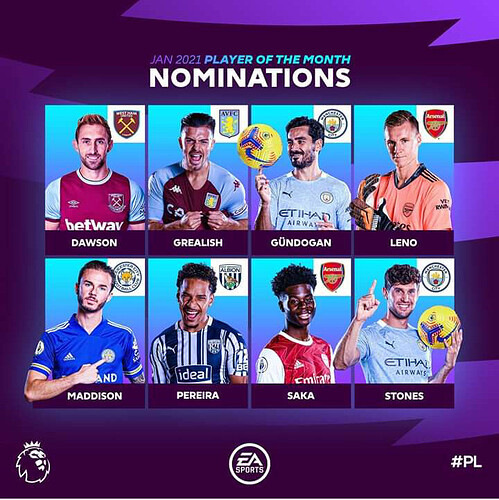 England’s top two clubs in recent years go head to head, live on Sky Sports this Sunday - but where could the game be won or lost 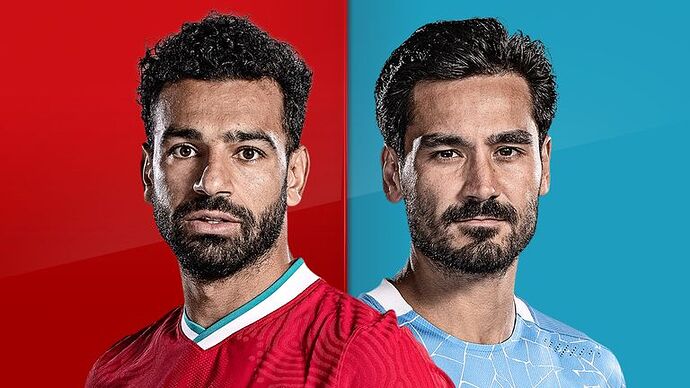 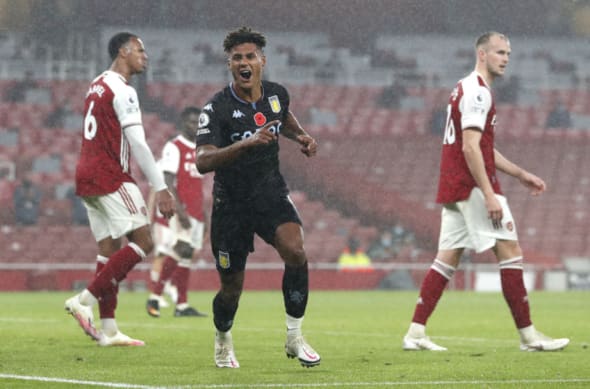 Arsenal and Aston Villa will both be aiming to bounce back from demoralising defeats in midweek when they kick off Premier League gameweek 23 at Villa Park on Saturday lunchtime.

The hosts were put to the sword by West Ham United on their own turf last time out, whereas Arsenal lost in the league for the first time in 2021 at Wolverhampton Wanderers.

Smith’s men have only taken maximum points from two of their last seven matches in the Premier League and now find themselves six points adrift of West Ham in fifth. Smith’s loyalty to a small crop of regular first-team players could end up proving costly as fatigue sets in - the likes of Ross Barkley and John McGinn did not produce their most fruitful performances against West Ham - and the Villa boss will be expected to shuffle the pack against an Arsenal side who also have a point to prove.

The visitors had strung together a seven-game unbeaten run in the top flight - five wins and two draws - before their torrid evening at Molineux, but that defeat has seen them slump to 10th in the table and they are now nine points adrift of the Champions League places.

Arteta’s men could potentially rise as high as seventh with a win depending on Thursday’s result, although that scenario is highly unlikely given Spurs’ and Chelsea’s superior goal difference, and Villa have come out on top in the last two meetings between the two clubs.

Aston Villa haven’t completed a league double over Arsenal since the first Premier League season in 1992/93 under Ron Atkinson, winning 1-0 in both games. 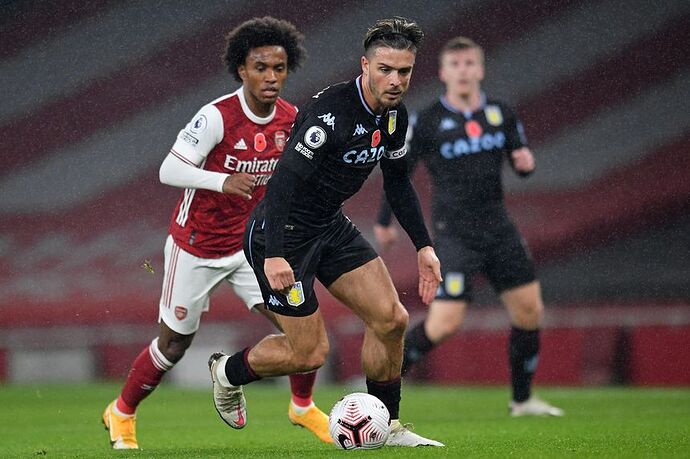 Arsenal lost their last match against Wolves, ending a seven-game unbeaten run for the Gunners in the Premier League (W5 D2). They last lost consecutive league games in November/December, a run of three which began with defeat to Wolves. 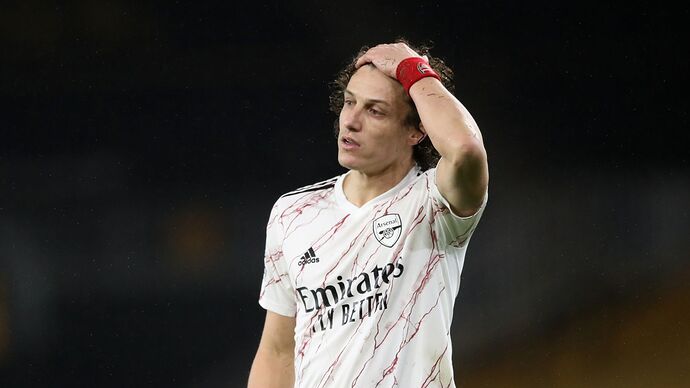 Aston Villa have conceded on average 1.6 goals per Premier League home game this season (14 goals in 9 games), in contrast to their away form which has seen them ship just 0.9 goals per game (10 in 11). 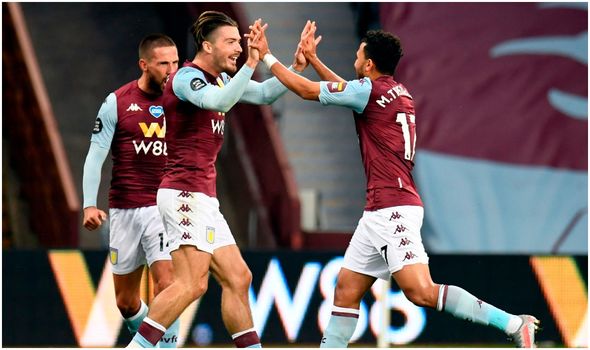 Arsenal have failed to score in their last two league matches against Aston Villa, managing just two shots on target across those games, both in their 0-3 defeat earlier this season. 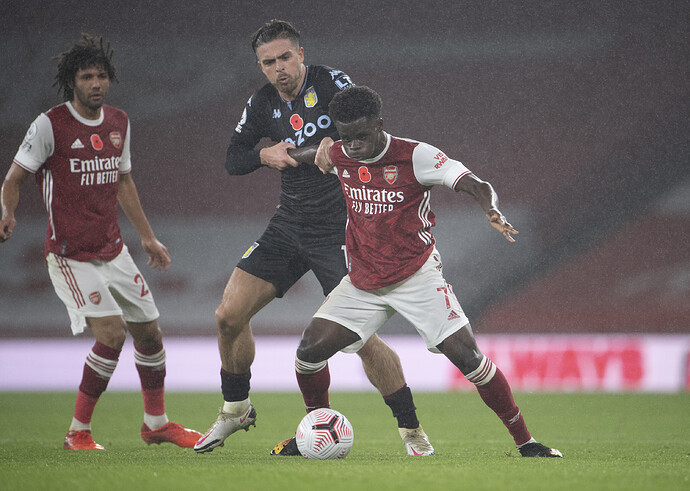 Kortney Hause remains sidelined for Aston Villa. The defender is unlikely to return before the end of the month after suffering a foot injury.

Wesley is continuing his recovery from a long-term knee injury but the striker is not close to a return following 13 months out.

Arsenal will be without suspended duo Bernd Leno and David Luiz after the pair were sent off in Tuesday’s 2-1 defeat at Wolves.

Goalkeeper Mat Ryan could make his debut by stepping in for Leno but has been struggling with a hip problem so Alex Runarsson will also be on standby. 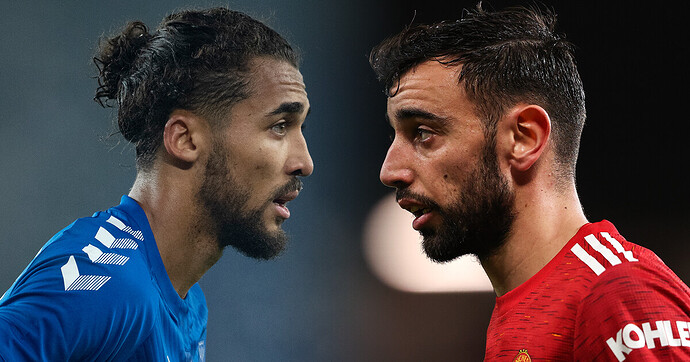 Manchester United are enjoying a memorable 2020/21 Premier League campaign, wherein they have gone from strength to strength while proving their credentials in the title race. While the Red Devils do need to step up in the marquee fixtures, they have been ruthless against the much less fancied opponents more often than not. This quality was on show once again earlier this week, as they trounced Southampton 9-0.

Everton, like their hosts, have been incredibly impressive in the ongoing season, and the fact that they could theoretically be as high as third and over Liverpool after they have played their games in hand signals towards a marked improvement under the tutelage of Carlo Ancelotti. The Toffees made an impression again this week with an admirable 2-1 win over Leeds United at Elland Road.

The reverse fixture, played at Goodison Park back in November, saw Manchester United come from behind before beating Everton 3-1, with Ole Gunnar Solskjaer’s men also getting the better of the Merseyside outfit in the Carabao Cup. Ahead of the latest meeting between the two sides, The Hard Tackle takes a closer look at the encounter.

Edinson Cavani should be fit for Manchester United’s clash with Everton but Eric Bailly is a doubt.

Veteran striker Cavani was taken off at half-time of Tuesday’s 9-0 win against Southampton with an ankle knock, but manager Ole Gunnar Solskjaer expects him to be fit for Saturday.

The United boss said centre-back Bailly is a doubt, while January signing Amad Diallo is set to play for the Under-23s again against Blackburn on Friday evening. Phil Jones is working his way back from knee surgery.

Everton will continue to be without number one goalkeeper Jordan Pickford in Saturday’s late kick-off.

Pickford has yet to recover from injury, with Robin Olsen set to continue between the posts after an impressive performance against Leeds.

Allan is set to return to team training on Friday but will not be fit in time for the weekend, while Jean-Philippe Gbamin also continues his recovery from a long-term lay-off.

Everton are looking to win five consecutive away league games for the first time since April 1970 under Harry Catterick, a season which saw them win their seventh top-flight title. 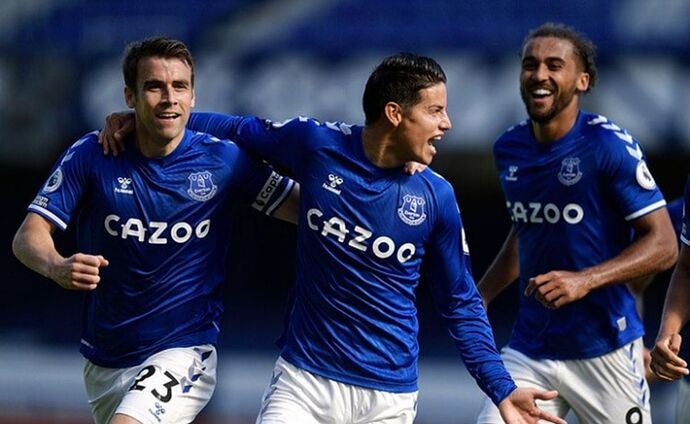 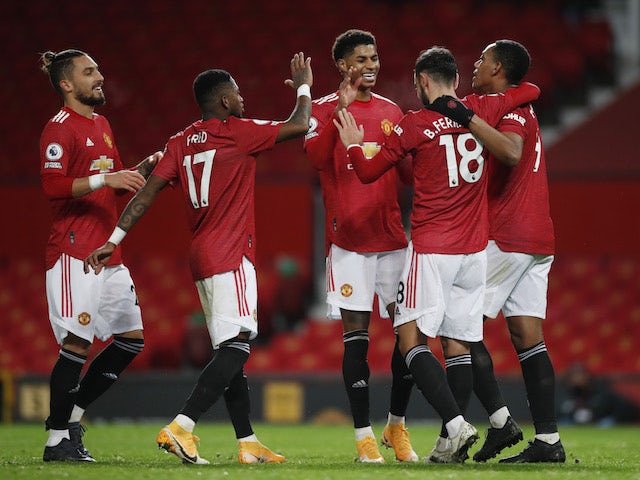 Everton’s only win in their last 11 Premier League matches against Manchester United was a 4-0 victory at Goodison Park in April 2019 under Marco Silva (D4 L6). 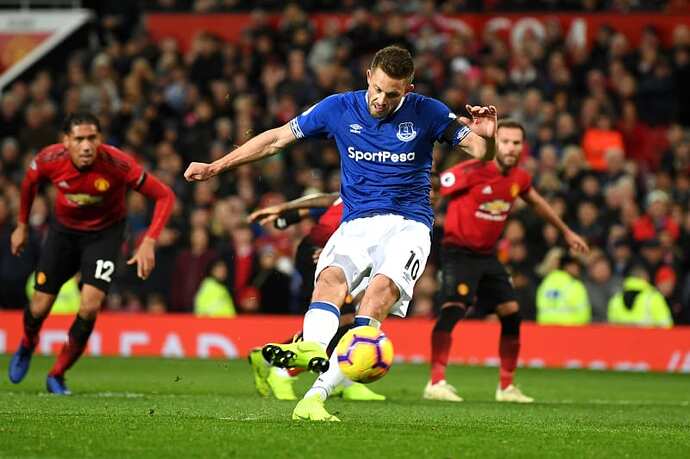 Since a run of six Premier League matches without a win at Old Trafford, Manchester United have won five of their last seven home games in the competition (D1 L1), scoring 20 goals and conceding just five. 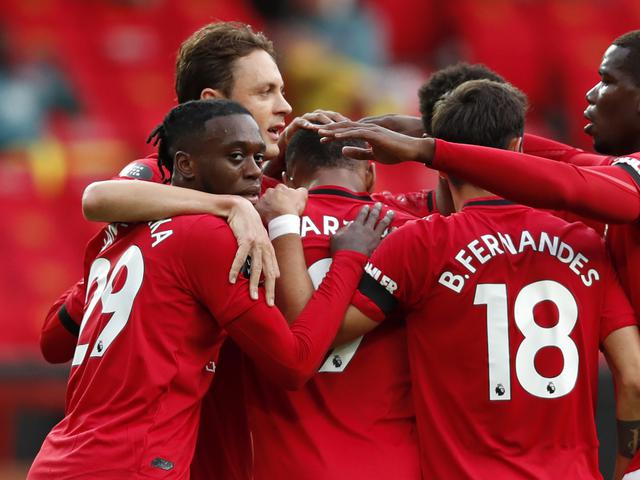 Aston Villa have taken the lead inside two minutes against Arsenal through Ollie Watkins.

Ollie Watkins is the first Aston Villa player to score 10+ goals in a Premier League season since Christian Benteke in 2014/15. 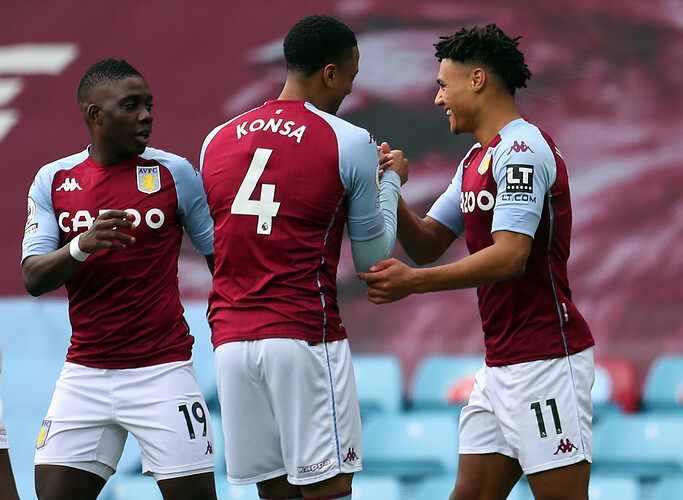 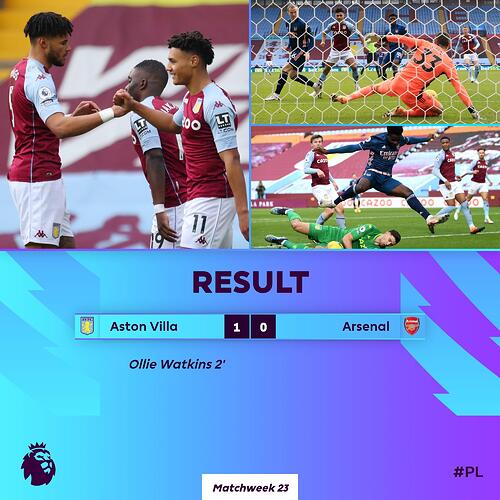