In England, the games continue to come thick and fast, with Gameweek 22 of the 2021/22 Premier League season getting off this week with an exciting draw between Brighton and Crystal Palace on Friday. On Saturday, the action continues with Manchester City taking on Chelsea in the day’s first match.

In what looks to be a thrilling weekend of Premier League football, Manchester United, Liverpool, and Arsenal will all be in play. 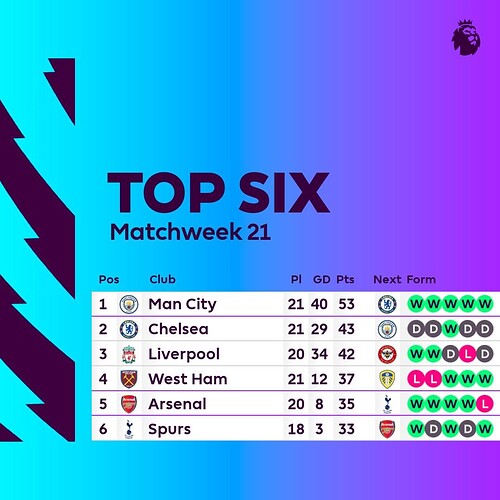 In this thread, we shall be covering all Matchweek 22 fixtures between 15th and 16th of January. Join the discussion and share your views on the various matches

Drama from the first minute to the last, as the points are shared at Amex Stadium yesterday 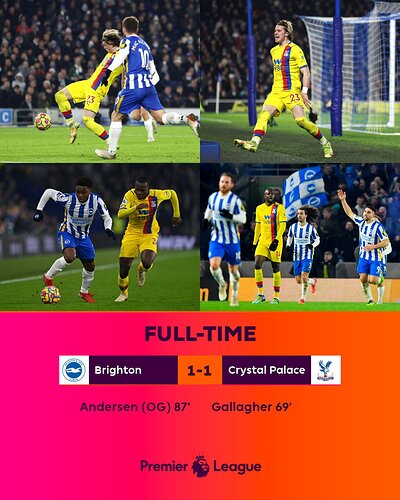 Brighton are unbeaten in their last four #PL matches (W2 D2), taking eight points in that time, as many as they managed in their previous 11 top-flight fixtures (D8 L3) 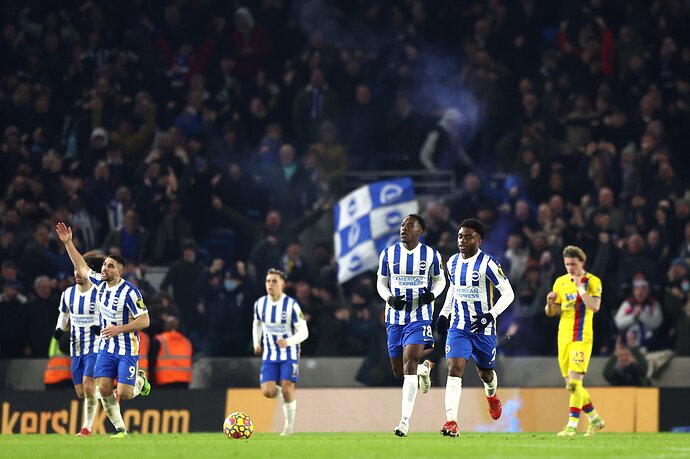 Conor Gallagher became only the third player aged 21 or younger to be directly involved in 10 PL goals this season (7 goals, 3 assists), along with Arsenal duo Bukayo Saka and Emile Smith Rowe 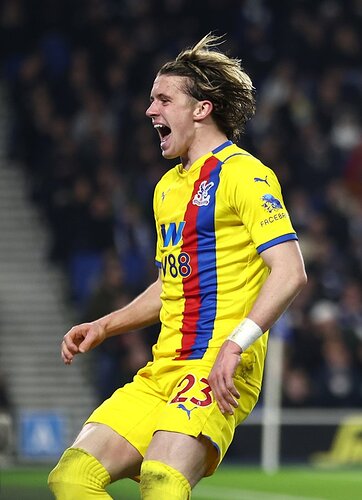 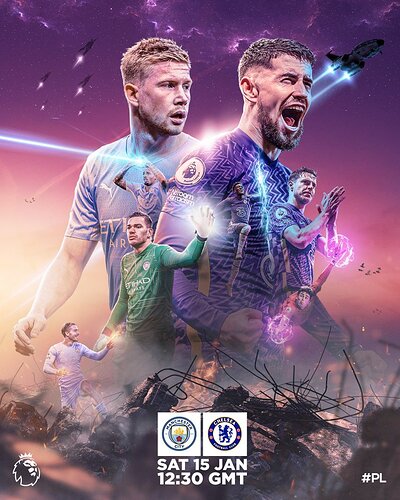 Much like last season, Manchester City are becoming the Premier League’s runaway leaders at the turn of the year. The second half of the season is only two gameweeks in, and the Citizens are already ten points clear of second-placed Chelsea. Pep Guardiola’s men have been on a tear lately, winning their last seven games across all competitions.

On the other hand, Chelsea have gone from the clear leaders in the Premier League title race to the front of the chasing pack. The Blues have dropped points in seven of their last 11 top-flight games, turning a five-point lead over Manchester City into a ten-point deficit. However, Thomas Tuchel’s charges will be buoyed by their most recent result, a 1-0 win over Tottenham Hotspur that clinched a place in the Carabao Cup final.

City’s recent Covid problems will be further explained by Guardiola during his pre-match press conference on Friday although the strength of their XI in the win over Swindon last week would suggest he’s got plenty of options.

Chelsea, meanwhile, welcomed both Thiago Silva and N’Golo Kante back from the virus during the win over Tottenham in the Carabao Cup and Malang Sarr impressed too.

Chelsea won this exact fixture 2-1 last season, last winning consecutive away league games against Man City during a run of four between 2005 and 2008. 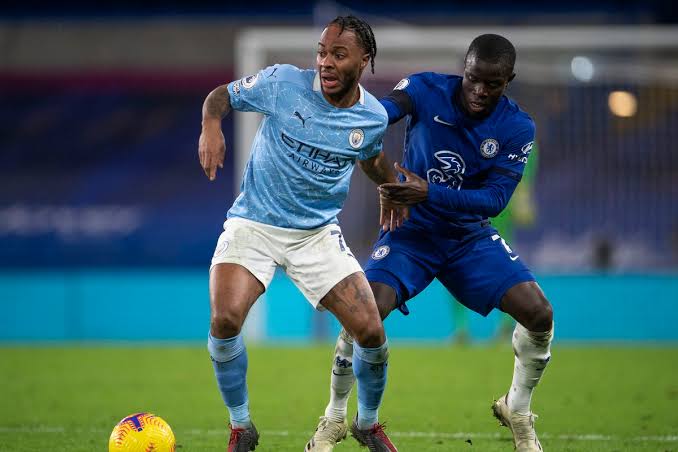 This will be the 50th Premier League meeting between Man City and Chelsea; City won just three of their first 25 against Chelsea (D4 L18) but have since won 12 of the last 24 (D3 L9). 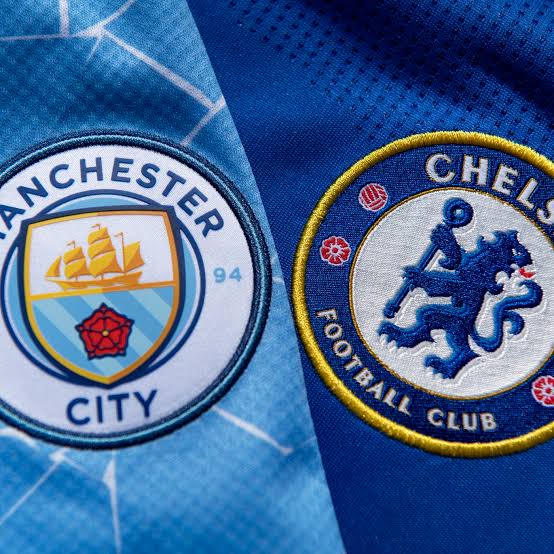 This is just the second ever Premier League meeting between Manchester City and Chelsea as the top two sides in the division. The other came in January 2015, with second placed City earning a 1-1 draw at league leaders Chelsea. 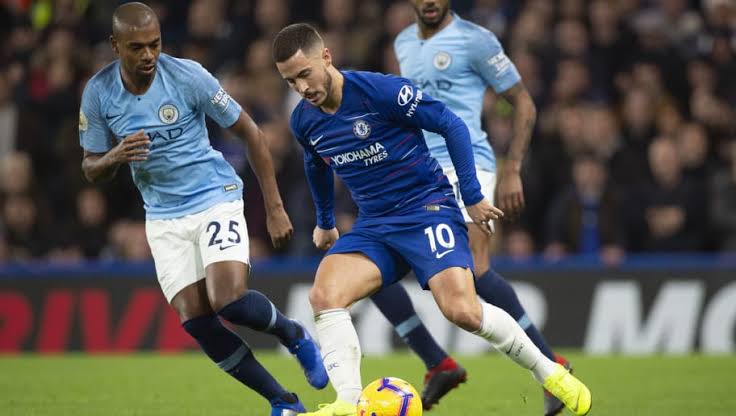 Manchester City have won their last 11 Premier League games, their fifth such run of 11+ consecutive victories in the competition. Three of their previous four such runs have been ended in a home match - 1-2 vs West Ham in September 2015, 2-2 vs Spurs in August 2019 and 0-2 vs Man Utd in March 2021. 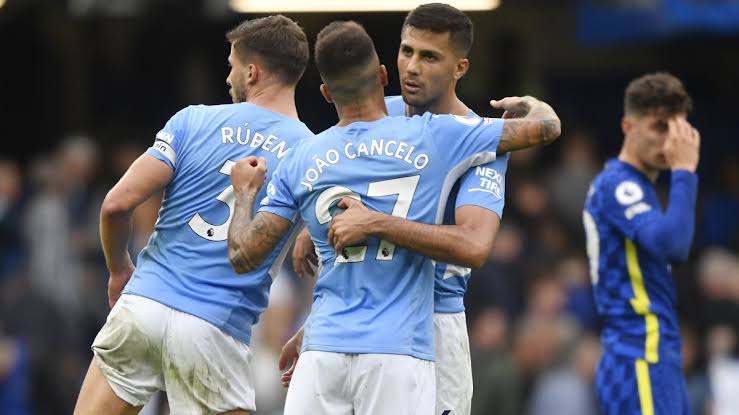 Chelsea have lost just one of their last 15 Premier League games (W8 D6), going down 3-2 at West Ham in December. However, the Blues have picked up just one win from their last five league games (D4), throwing away a lead in two of those four draws. 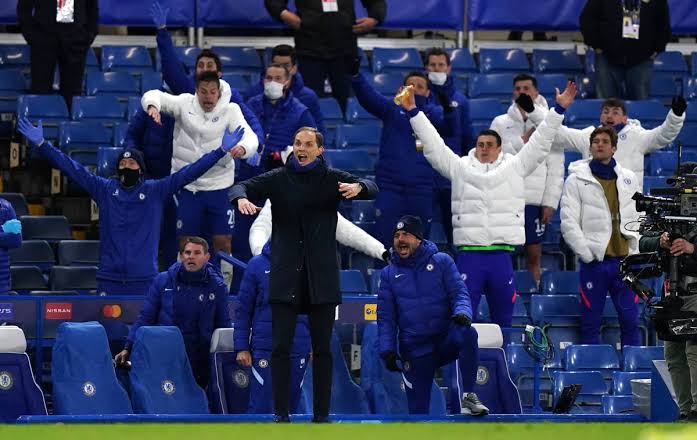 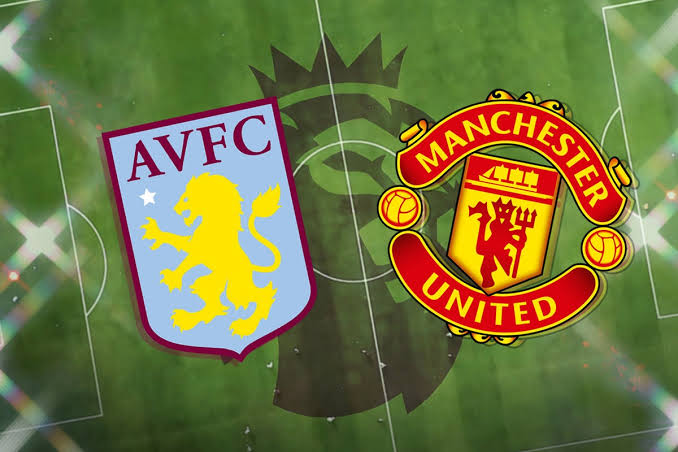 Having clashed against each other on Monday in the FA Cup third-round clash, Aston Villa and Manchester United will square off again on Saturday evening, this time out in the Premier League, at Villa Park.

The cup tie, which took place at Old Trafford, ended 1-0 in favour of Manchester United even though Villa were the better team for large phases of the contest. The outcome, however, means that the Midlands outfit have now lost each of their last three fixtures in all competitions and four of their previous five. The run of results has left them in 14th place in the table, something manager Steven Gerrard will be hoping to change with a win.

As for Manchester United, the Red Devils continue to bear the look of an incohesive, disjointed side that is just not clicking at the moment. Despite the win over Villa in the cup tie, Ralf Rangnick finds himself in treacherous waters as he looks to guide the side up the table and back into the top four race. The 1-0 loss to Wolves in their last Premier League game meant that United are six points off of West Ham, although the Mancunians still have two games in hand.

Luke Shaw and Scott McTominay will miss the game through suspension but Cristiano Ronaldo is hopeful he will be in contention, alongside Jadon Sancho after both missed the FA Cup win.

Elsewhere, Diogo Dalot could miss out after suffering a nasty gash on Monday.

For Villa, both Coutinho - who might not yet be fit enough to start - and Digne could feature.

Aston Villa are winless in their last 22 home league games against Manchester United (D7 L15) since a 3-1 victory in August 1995. It’s the longest winless home run one side has had against another in English Football League history. 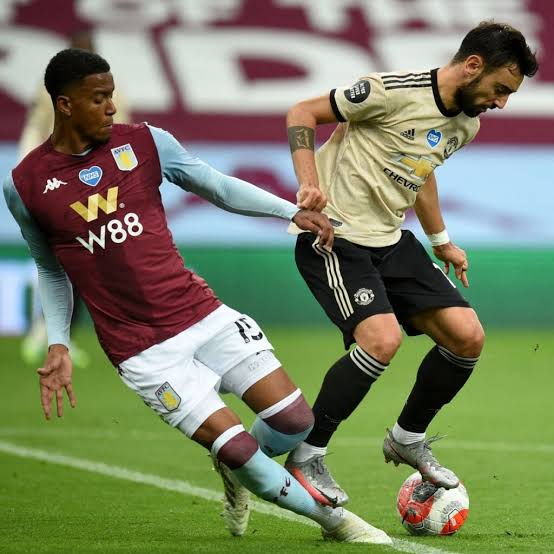 Aston Villa are looking to win consecutive league games against Man Utd for the first time since November 1976, while they last did the league double over the Red Devils in 1954-55. 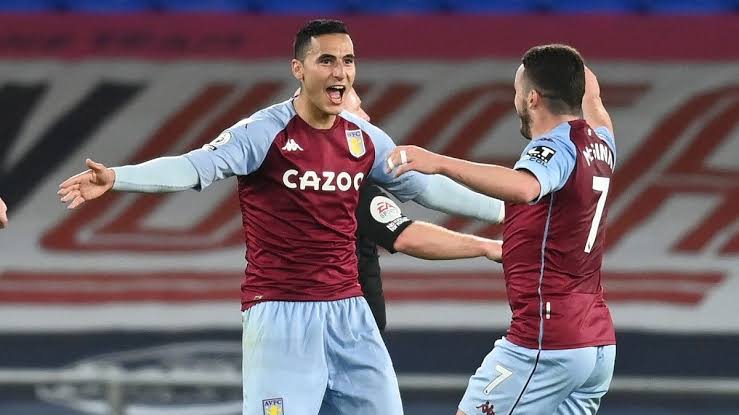 Manchester United have scored the opening goal in 33 Premier League games against Aston Villa, winning 32 and drawing one of those matches. It’s the most a team has opened the scoring without losing against a side in the competition’s history. 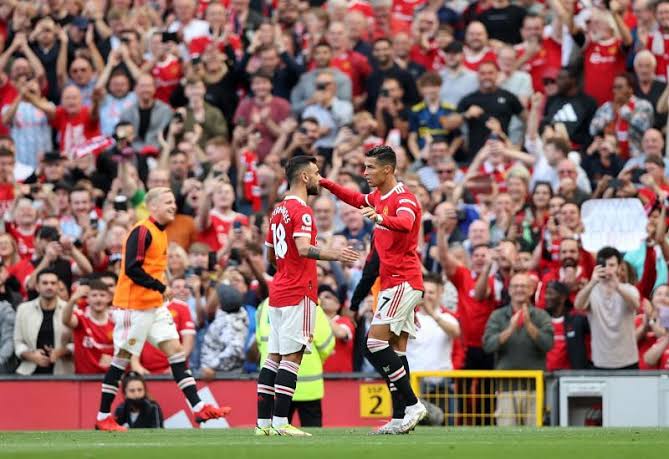 As a player, Aston Villa manager Steven Gerrard ended on the winning side in 10 Premier League games against Man Utd, a joint-record along with Nicolas Anelka, John Terry and Petr Cech. However, including caretakers, only one of the last 18 managers has won their first Premier League match against the Red Devils, with Mikel Arteta winning with Arsenal in January 2020. 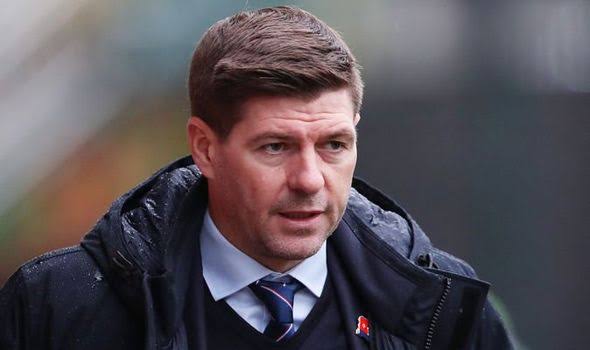 Dean Smith was manager of Aston Villa for their 1-0 win earlier this season over Man Utd, while Steven Gerrard will take charge of this game. Should the Villans win, they will be the first team to complete a league double over Manchester United with a different manager in charge for each game since Bolton Wanderers in 1950-51 (Walter Rowley and Bill Ridding). 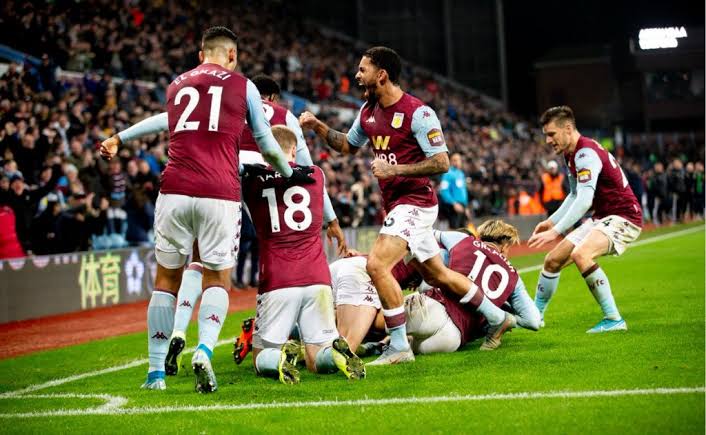 At the start of December, Chelsea were top of the Premier League. 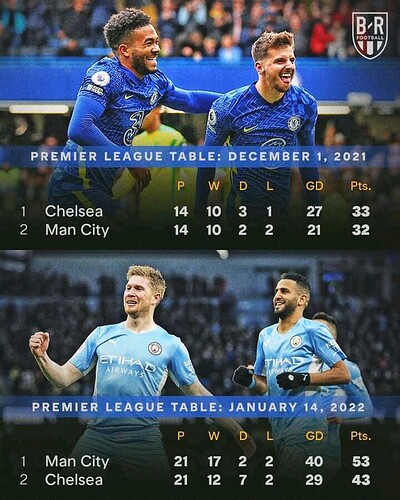