Premier League Matchday 9: Preview & Top Clashes To Watch Out For

After a thrilling International break, the domestic action resumes this weekend in the English-top flight. Matchday 9 of the premier league has some standout fixtures as we will see the leaders, Leicester City take on champions Liverpool and Jose Mourinho go head to head against Pep Guardiola. Let’s decode each match and spill our predictions for the week. 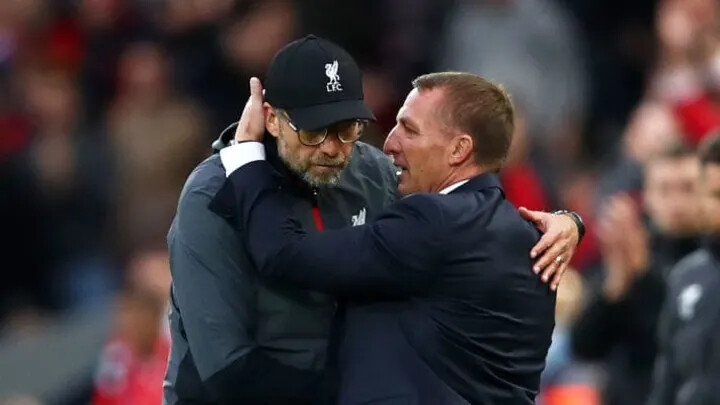 After drawing 1-1 against Man City before the international break, the Reds take on the table leader Leicester City this weekend which is undoubtedly the highlight match of this week. Liverpool have now dropped 7 points from their first eight fixtures. It took 30 Matches last season to relinquish the same points in 2019/20 season. But despite a slow start, Jurgen Klopp’s men are just 1 point behind the leaders Leicester.

Groups of players have been seriously depleted especially in the defence and worryingly for Jurgen Klopp, the backline has been struggling with the recent injuries to Joe Gomez & Trent Alexander Arnold.

This fixture is going to be as challenging as they currently come. Leicester posts the highest shot conversion and shotting accuracy this season. Klopp’s reshuffled defence will need to vary of the Foxes in the box as they have won a league-high 8 penalties so far in this campaign. Jamie Vardy has averaged to score a goal every 70 minutes this season, a better ratio than any other player to have scored at least 3 goals. For Liverpool, its Mohammad Salah who has the best record but he’ll miss the game at Anfield after testing positive for coronavirus.

Leicester’s victory over Wolves in Matchweek 8 meant that they have made the best ever start to their Premier League campaign despite a defeated to West Ham & Aston villa the Foxes are 3 points better off this stage of the season than they were when they won the title in 2015/16. 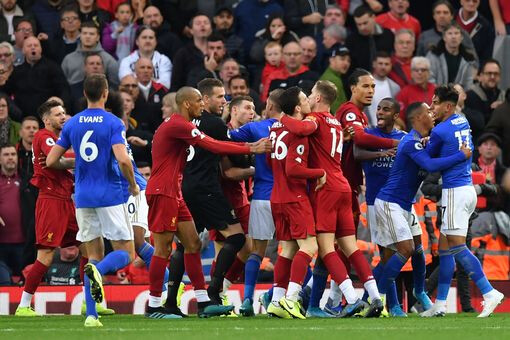 In 2019 Leicester vs Liverpool was a complete drama which ended in a decisive last-minute penalty converted by James Milner. It’s over 20 years they lost to Leicester and have a head to head record of 7 wins & 2 draws with a win percentage of 77.8%. But with the Reds reduced in numbers can the FOXES finally end the long winless run against Liverpool?

Leicester’s away form makes this fixture look even more interesting & nail-biting. They have already managed to go past Man City with 5 goals at Etihad and beaten Arsenal on the road for the first time since 1973. Brendon Rogers, the man who has managed both the teams will be eager to stumble his old club and retain the top spot. Since he took charge in 2019 only Liverpool, Manchester City & Chelsea have picked up more points than the foxes.

THIS ONE IS GOING TO BE A CRACKER! 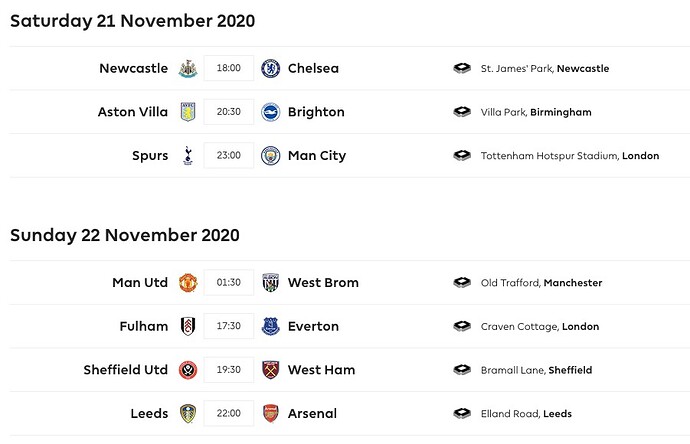 Matchday 9 starts at St James’ Park as Chelsea travel to face Newcastle before Aston Villa look to keep up their fine run at home to Brighton.

Tottenham welcome Manchester City to N17 looking to once again move to the top of the table. Manchester United and West Ham close out Saturday. 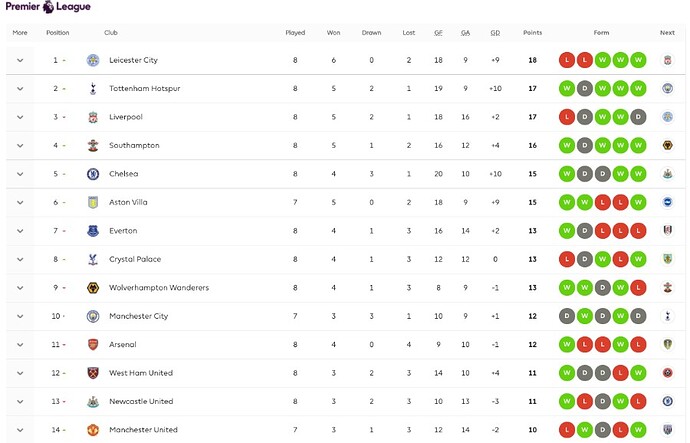 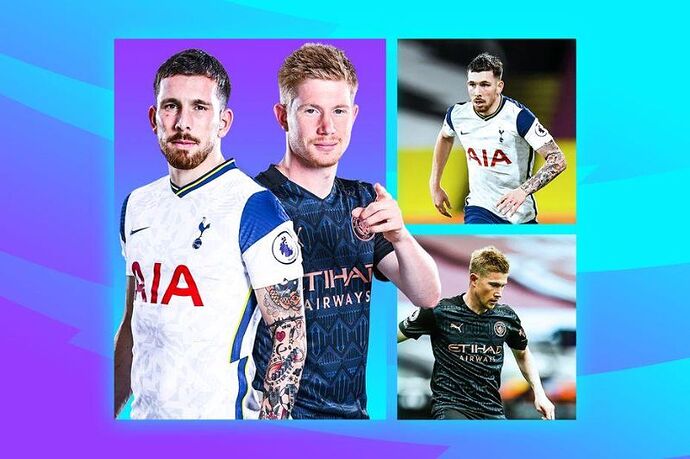 Man United are playing pretty well this year but their performance at their home stadium has been pretty dull. They have lost 3 of their last 4 games at home and have conceded more goals at home than any other team this season.

West Brom have been struggling since the start of the season being one of the three teams who are yet to win their first game. But, their performance at Old Trafford has been impressive. They have lost only one out of their last five visits at Old Trafford, winning three games in the process.

I think Man United are going to win 2-0 breaking their losing streak at home. 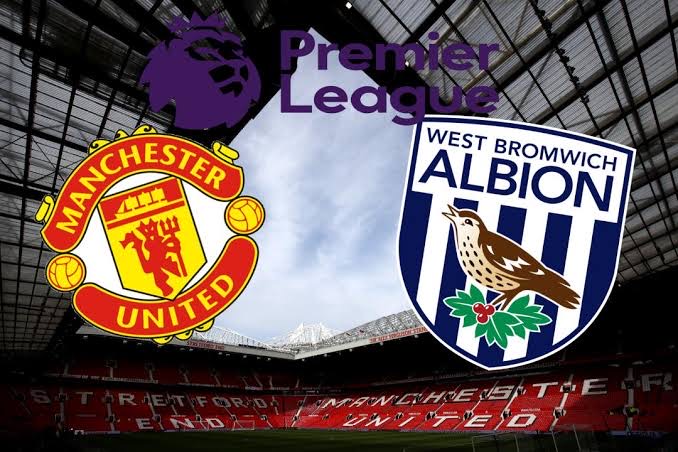 Chelsea climb to top with 2-0 win over Newcastle

Chelsea took the lead in the 10th minute when Federico Fernandez knocked the ball into his own net. Timo Werner had a fruitless day in front of goal, missing once and seeing another effort ruled out for offside. The German had more success as a provider, though, dribbling from his own half past two Newcastle defenders before setting up Abraham for a simple first-time finish for the second goal in the 65th.

That marked Abraham’s third Chelsea game in succession with a goal after he scored against Rennes and Sheffield United before the international break. He has 4 goals in 12 games this season and is combining well with Werner, who had been widely expected to compete against Abraham for a place in the lineup after joining Chelsea from Leipzig in the summer. 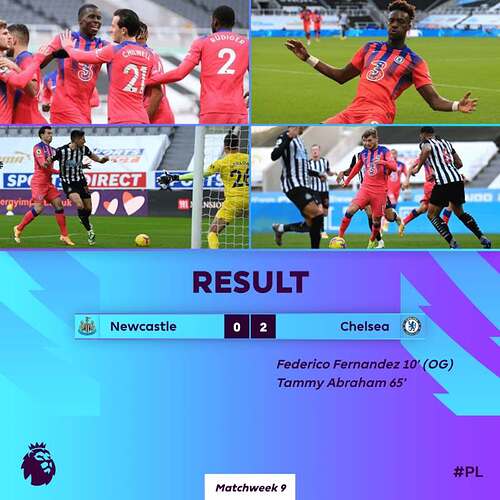 Hotspur outclassed Manchester City 2-0 in the Premier League on Saturday night to grab the top spot on the points table.

Spurs stretched their unbeaten run to 8 games and now have 20 points from 9 games after Son Heung-min opened the scoring in the 5th-minute to give them the lead. This was then doubled by substitute Giovani lo Celso, who settled the match just 35 seconds after coming off the bench.

With the help from 2 favourable VAR, Manchester United edge past West Brom 1-0 for its first home win in the English Premier League this season.The 3 points lifted United to 9th in the Premier League, 7 points off leader Tottenham.

First, a review overturned a penalty awarded to West Brom for an apparent foul on Conor Gallagher by Bruno Fernandes. Soon after, Fernandes stepped up to take a spot-kick after Darnell Furlong handballed Juan Mata’s cross. 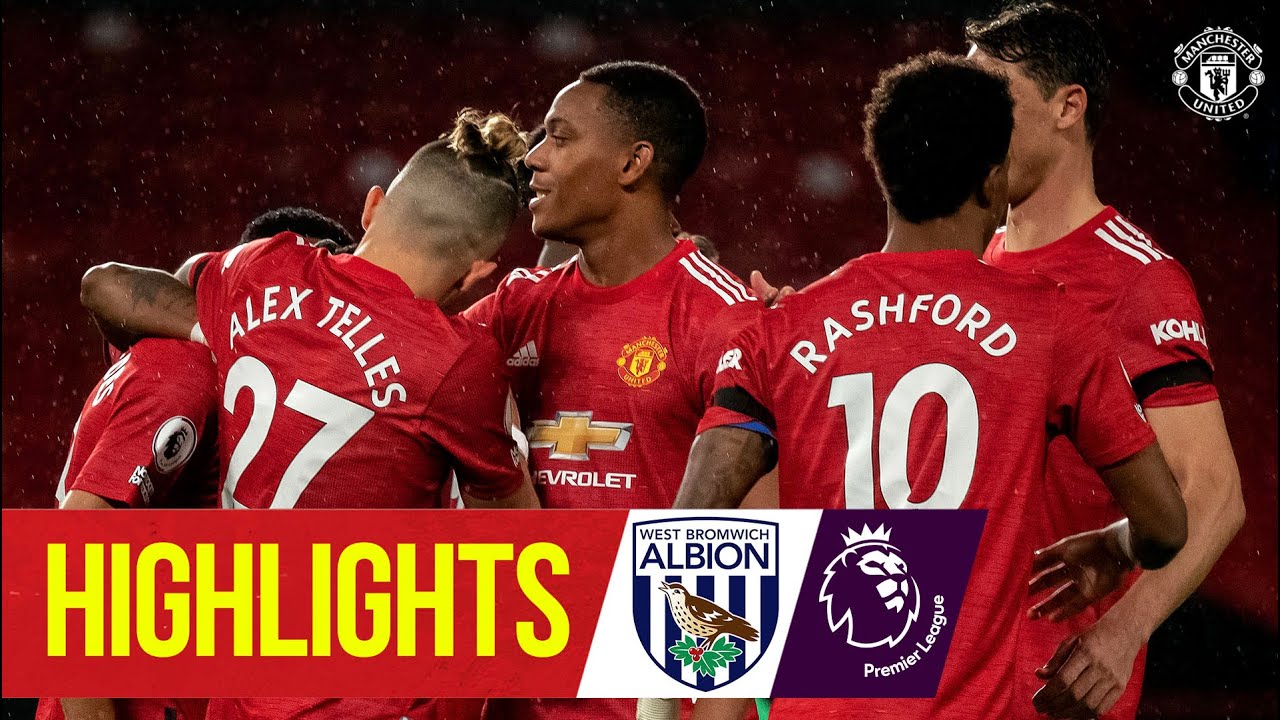 This will be an exciting game against Leicester without a back four! 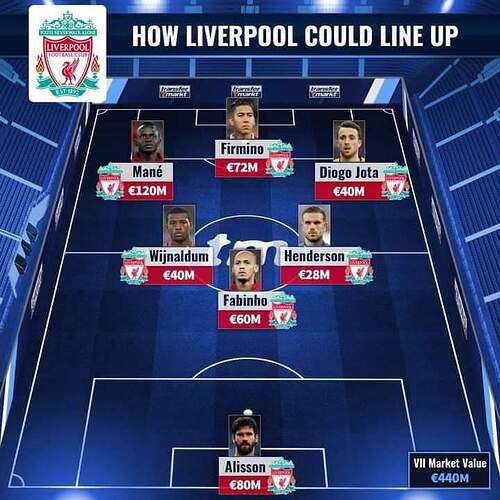 The Gunners VS The Peacocks (Match Preview)

Leeds United host Arsenal for their 25th square off against each other. Arsenal has won 12 while Leeds has won 8.

Both of them have lost 3 of their last 4 games, but Arsenal have won their last match at Old Trafford. So, my prediction is that Arsenal will win 2-1. 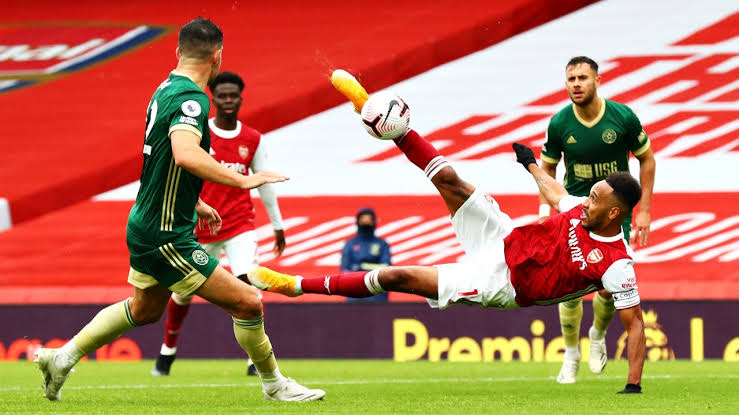 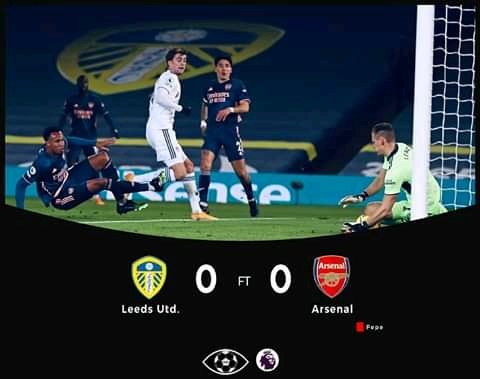 Arsenal manage to draw while Pepe was sent off 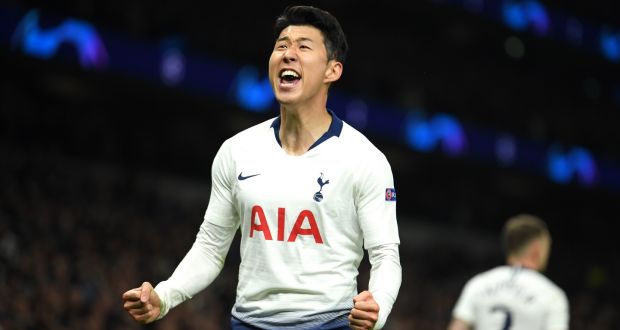 Goals from Son Heung-min and Celso helps Mourinho and his side defeat Guardiola’s Manchester City 2-0 as Spurs go atop EPL table.

Son Heung-min opened the scoring for Spurs early in the game, while Giovanni Lo Celso scored with his first touch after coming on as a second-half substitute.

Son was played in behind the Man City defence by an excellent through ball from Tanguy Ndombele, and the South Korean easily slotted past Ederson.

Liverpool cruise to victory over Leicester 3-0

Deprived of top scorer Mohamed Salah, captain Jordan Henderson and three-quarters of their first-choice defense, the champions still easily dealt with Leicester in an impressive 3-0 win at Anfield on Sunday.

Leicester, coached by former Liverpool manager Brendan Rodgers, had won all four of its away games this season but was two goals down by halftime following an own-goal by Jonny Evans in the 21st minute and a glancing header by Diogo Jota in the 41st. 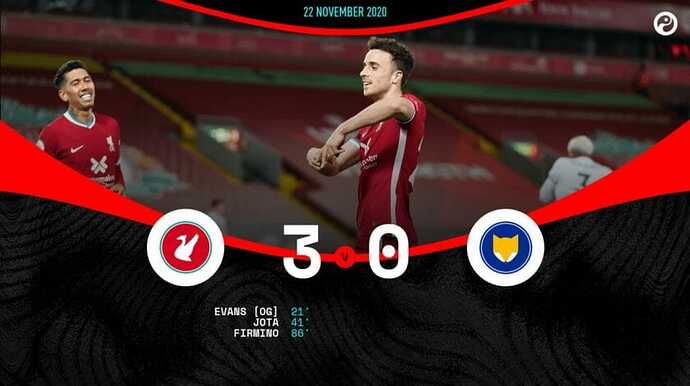 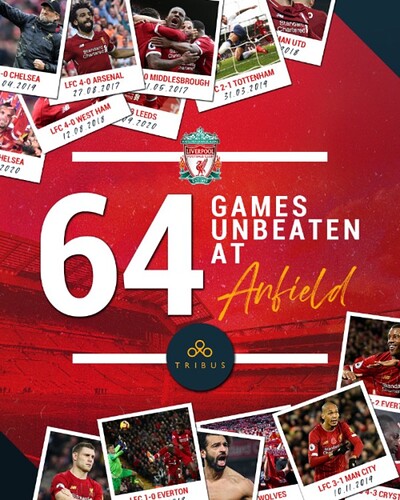 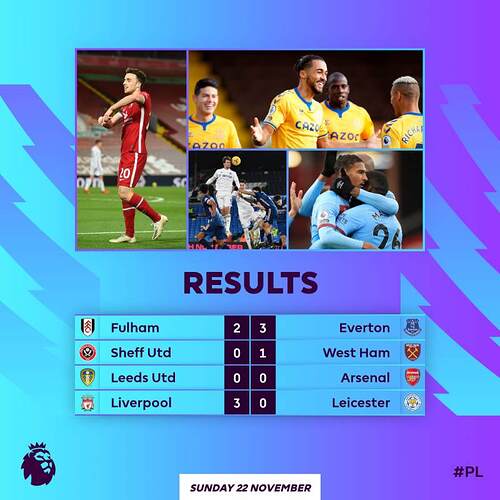 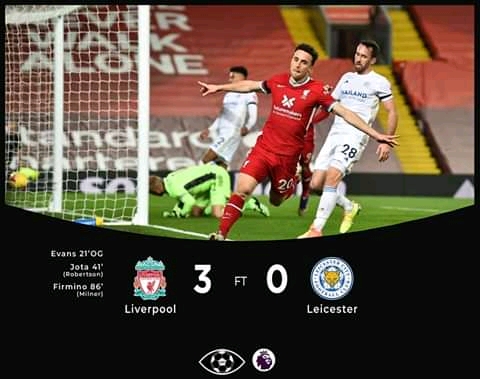 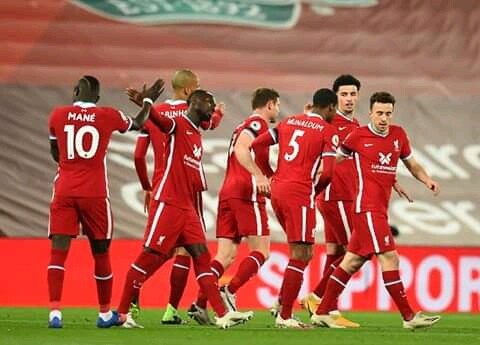 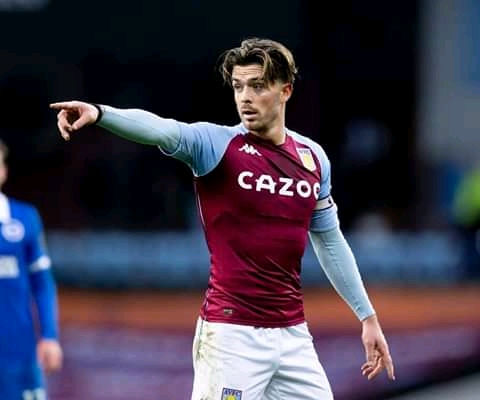 The independent report that pep guardiola has urged Manchester City to sign Jack grealish from Aston Villa. Grealish who is currently contracted to the club until 2023 is valued over €100m.

Last 2 Fixture Results of this Week

Happy place Turf Moor for Burnley as they pick up their first PL win of the season.

A late Neto strike cancels out Walcott’s first PL goal for Southampton and the points are shared.