Premier League Matchday 7 Preview- Top Clashes To Watch Out For

Matchday 7 in the Premier League promises some mouth-watering encounter for football fans all over the world. The season has begun with a very unusual note as in the past 6 weeks we’ve seen the underdogs taking over the traditional top 6 clubs. This week promises to be another jam-packed weekend of action.

Let’s look at the fixtures for this weekend. 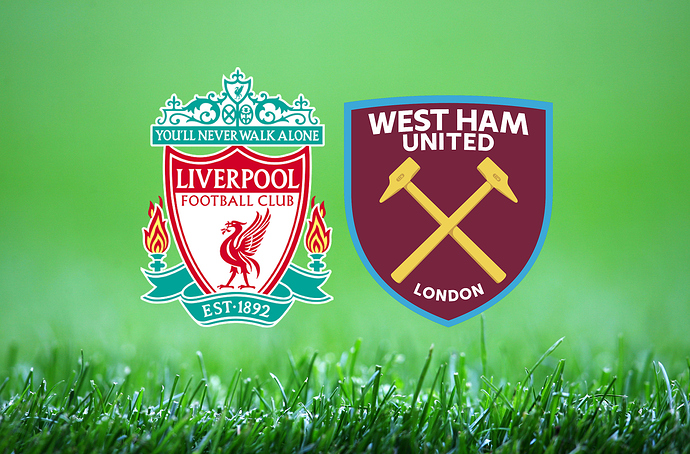 The last kick-off tonight is going to be an exciting one as ‘The Hammers’ travel to Anfield as they take over an injury-prone Liverpool squad. David Moyes will look for another spring upset as his men are unbeaten in four Premier League games. They have been in great form as they thrashed Wolves and Leicester, stormed back from three goals down to earn a point against Tottenham and holded Manchester City to a 1-1 draw last time out.

A win at Liverpool would be the biggest surprise yet in West Ham’s run of unexpectedly impressive results. Liverpool have not tasted defeat in their last 62 Premier League matches at home, while West Ham have won just once in 47 league trips to Anfield. Liverpool’s injury crisis at centre-back worsened during the week when Fabinho picked up a hamstring injury and VVD expected to stay out at least till the latter part of the campaign, Jurgen Kloop is in big trouble defensively.

Liverpool have won 76 of the 141 clashes against West Ham United, losing only 28 times to the Hammers. These two teams have played 37 draws against each other.

These two teams have played 12 matches in total up until now. Out of these 12, Chelsea has won 8 and Burnley has only won 1!

This season Chelsea have only won 2 games out of 6. They have an excellent line up but they haven’t lived up to everyone’s expectations. They score an average of 2 goals per game and have 2 clean sheets. The problem lies in their defense, they are unable to make successful tackles and clearances.
This season is just starting and they are off to a bad start but they have many more matches coming their way to make up.

On the other hand, Burnley are not having a very good season. They haven’t won a game yet and they have a goal scoring average of less than 1 per game. Their midfield is doing pretty well but, their strikers are failing to finish the play. Their defence is pretty solid too but, it is not perfect. Those 1 or 2 mistakes that their defence makes is costly and results in a goal. On top of that not being able to score is the reason for their losses. 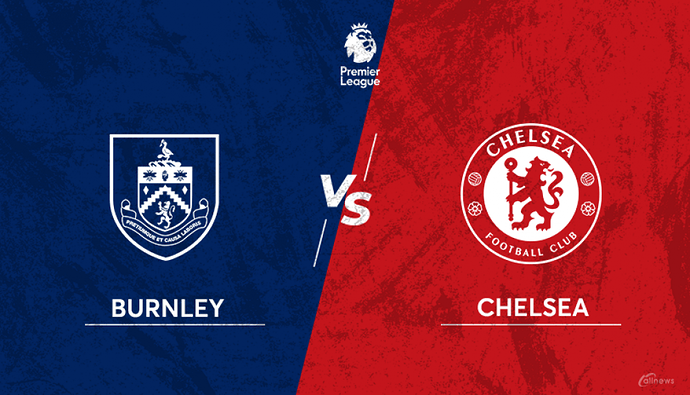 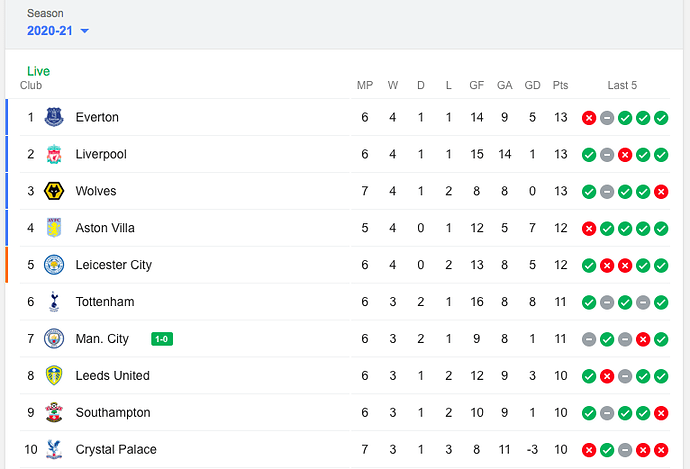 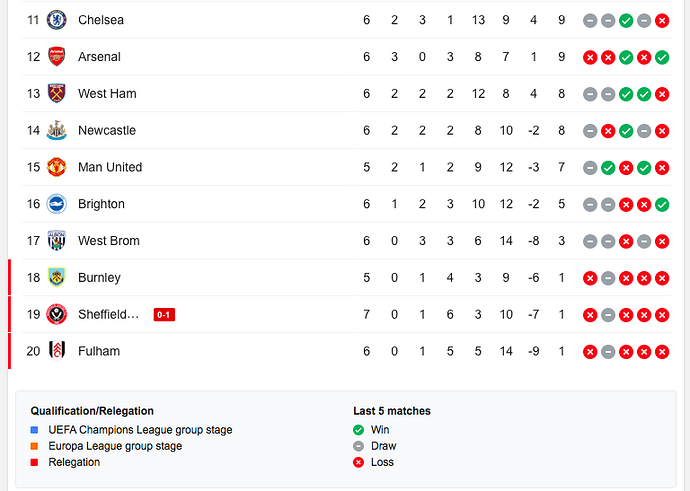 Rhys Williams could replace Fabinho. The young academy graduate has two Champions League appearances and could get his PL debut tonight. 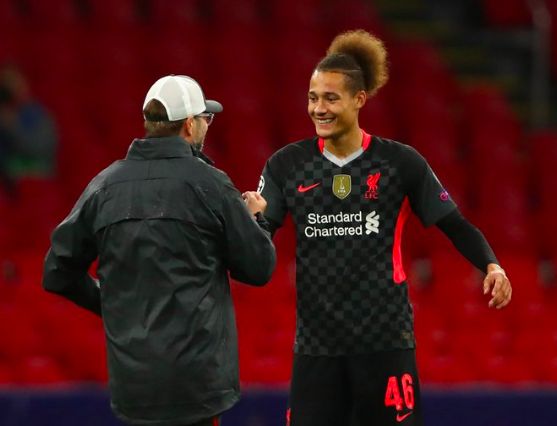 City’s full-back Kyle Walker scored the winner against his former club as Sheffield United’s win-less start to the season continued. 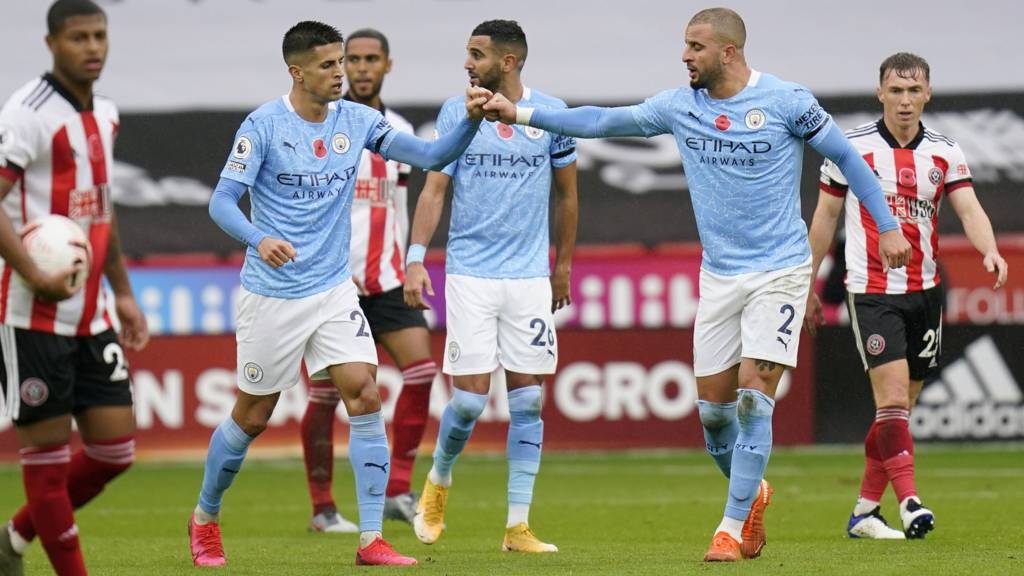 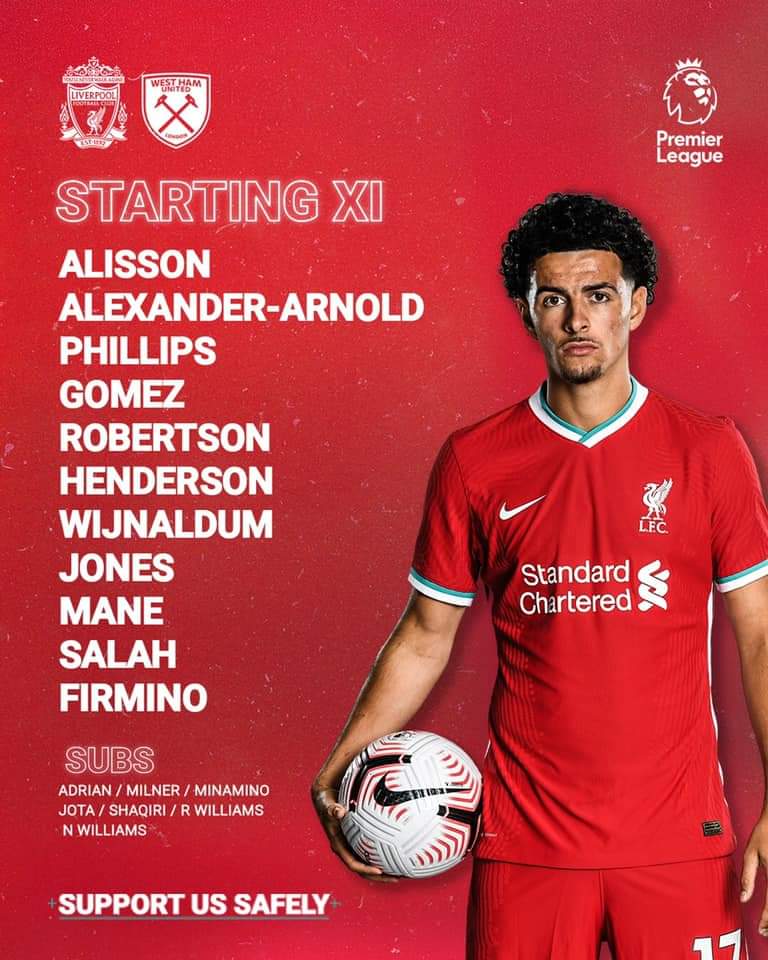 After a 4-0 victory in the Champions League at Krasnodar, Hakim Ziyech, Kurt Zouma and Timo Werner score as Chelsea ease to 3-0 win at Burnley. 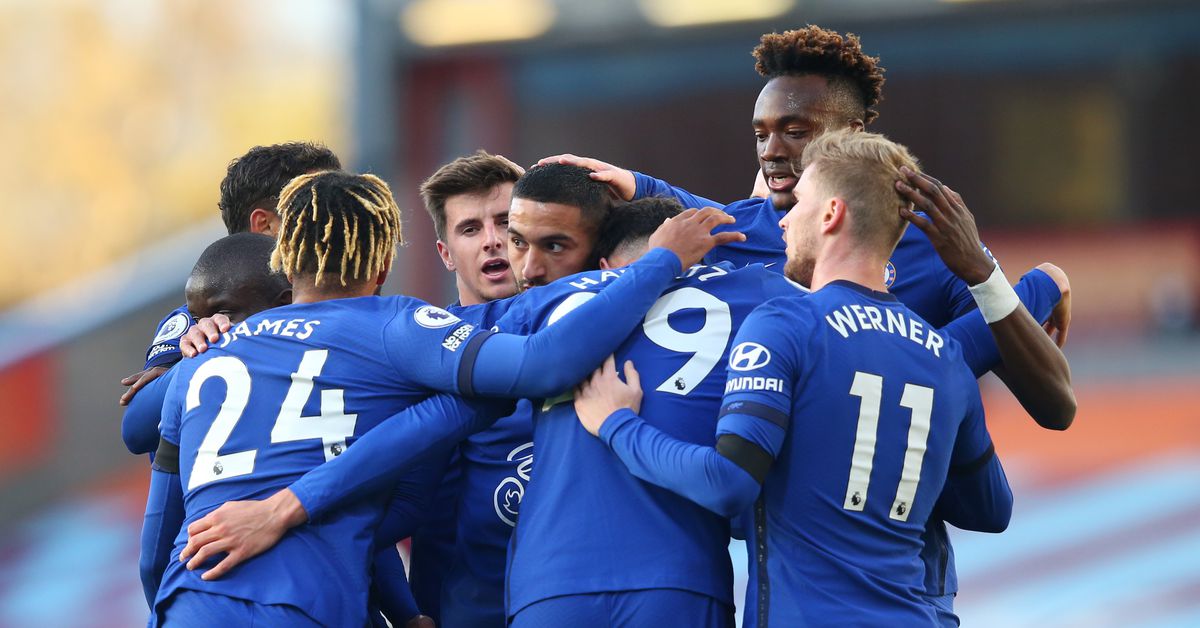 Liverpool went to the top of the Premier League with a fantastic win over West Ham.

Pablo Fornals took advantage of a depleted backline to give West Ham the lead on 10 minutes. Salah smashed home his 14th consecutive successful spot-kick to bring the Reds level and ward off a potential first league defeat at Anfield since April 2017. Diogo Jota came off the bench to score the winner five minutes from time. 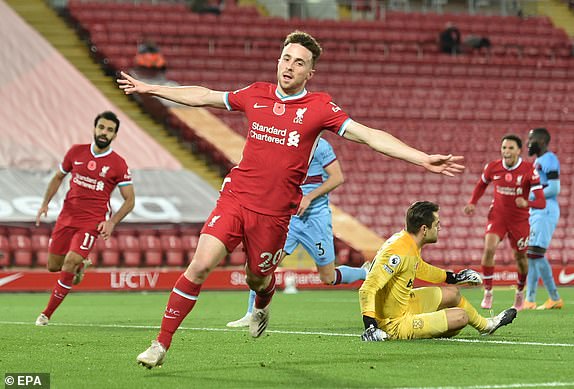 Man United’s performance has been pretty decent this season. They have lost 2 and won 2 but, they are in 15th place because they have played less matches and their big loss to Tottenham. That loss has given them a Goal Difference of -3 which puts them in a tough situation. Overall their team is doing pretty well keeping possession and giving accurate passes. The reason they have lost the few games is because they could not hit the ball on target. They have an advantage in this match as they are playing at home.

Arsenal started off great with a 3 - 0 win against Fulham. After playing against West Ham they had to play against tough opponents like Liverpool, Man City and Leicester which is why they are placed 12th.
They have very dependable midfielders and strikers but, the problem seems to lie in their defense. They are not able to clear the ball or win it back quickly, that is why they have less possession which results in less opportunities to score. If their defense does good, they definitely have a chance to win today.

According to me this is going to be a very balanced game and Man United will win 2 - 1. 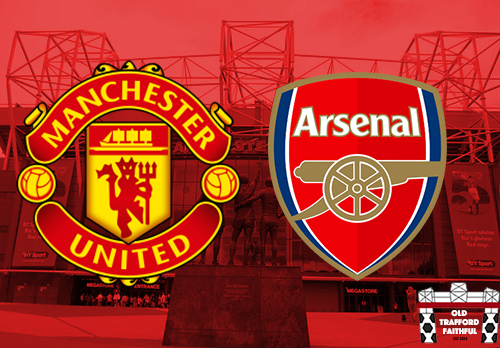 Manchester United will miss the likes of Anthony Martial and Alex Telles for the game against Arsenal.

Man United host Arsenal with the Red Devils riding high on confidence after a dreamy Champions League win (5-0) against RB Leipzig in the week.

Ole Gunnar Solskjaer’s men played out a hard-fought 0-0 draw against Chelsea at Old Trafford last weekend, and will be keen to bring themselves back to winning ways in the Premier League.

What a victory it has been for Mikel Arteta! Arteta becomes the first manager in 100 years to win his first two games in charge of Arsenal against Manchester United.

Arsenal were by far the better team in the first half. Both teams missed good chances after the break.

Paul Pogba brought down Hector Bellerin in the box during the 2nd half and Aubameyang scored the penalty. Aubameyang penalty earned Arsenal their first PL win at Man United in 14 years.

United have failed to win any of the first four matches at Old Trafford in the league as manager Ole Gunnar Solskjaer lost his 100th game in charge. 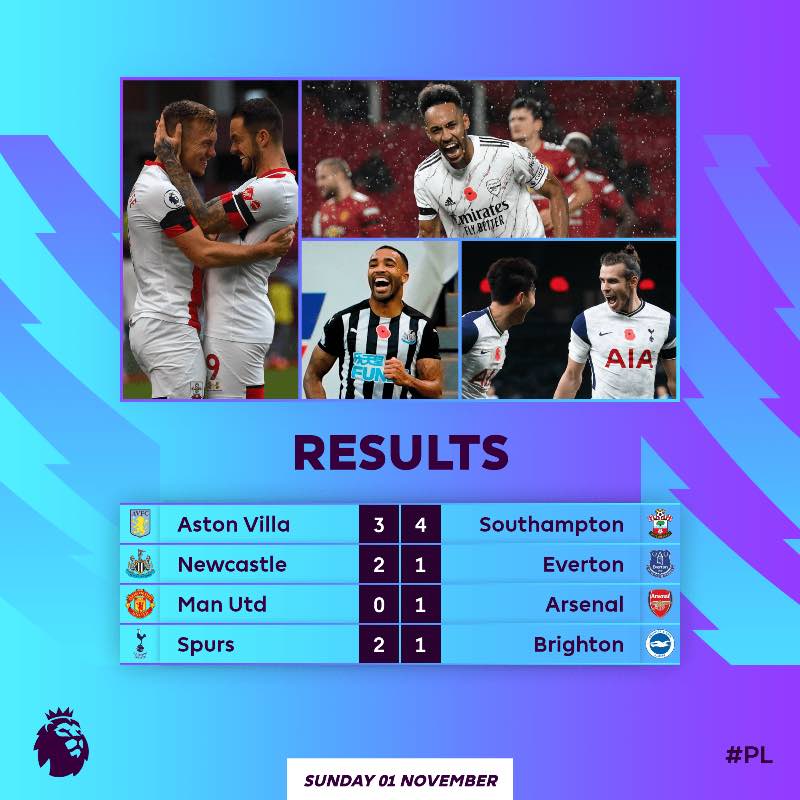 Spurs moved above Everton into 2nd place in the PL after substitute Gareth Bale gave them a 2-1 win over Brighton. Jose Mourinho praised Gareth Bale’s patience to wait for his chance to shine after coming off the bench to score the winner. 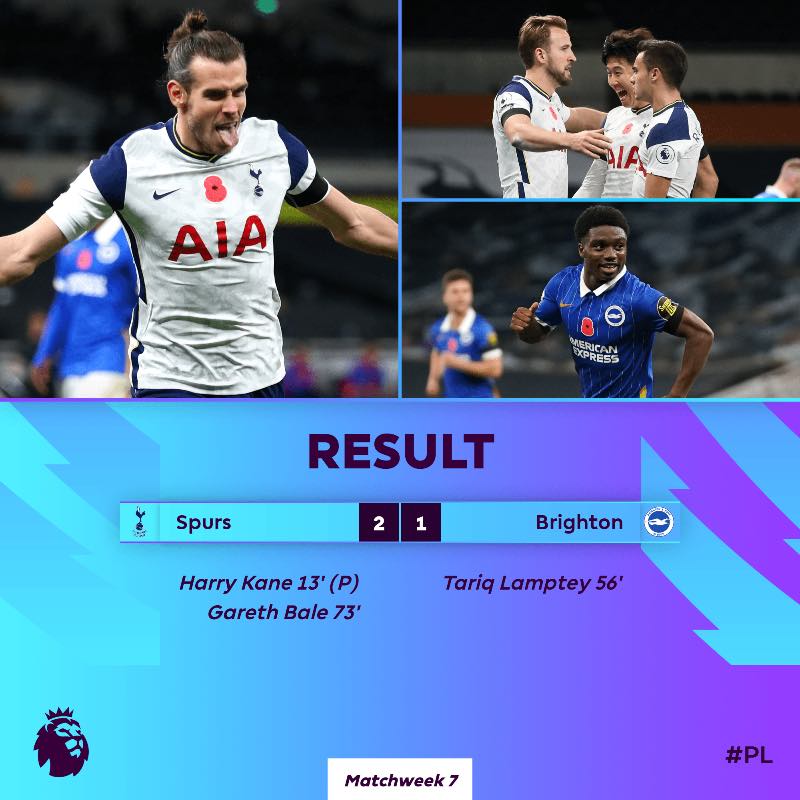 Bale scores his first Spurs goal since netting on his farewell appearance for the club v Sunderland back in May 2013. What a comeback! 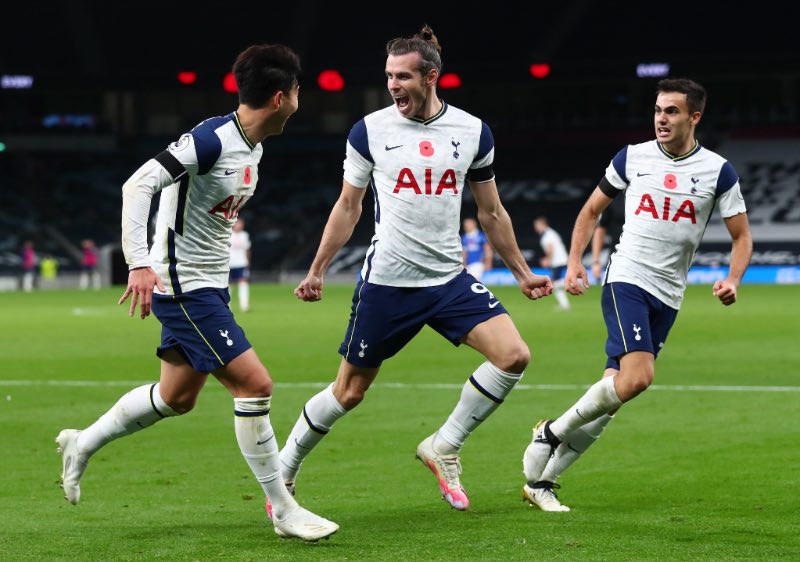 Leicester will be aiming to win five of their first seven matches to a top-flight season for the first time in their history. 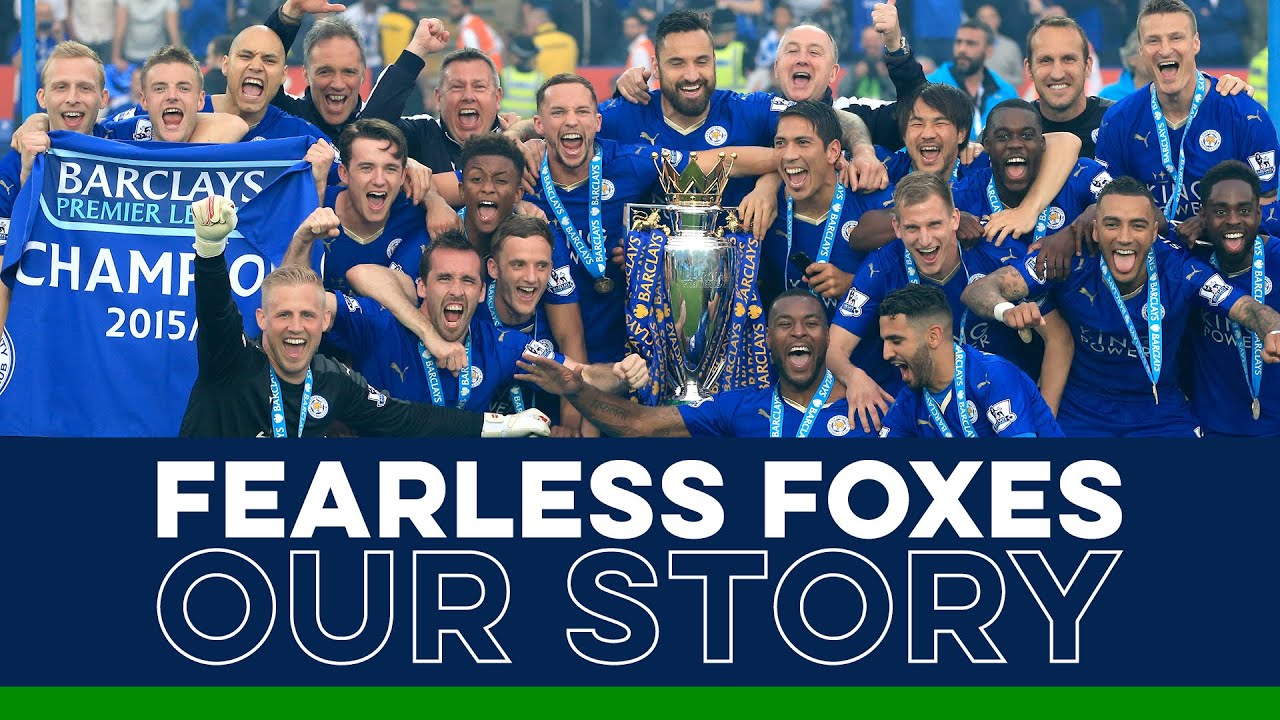 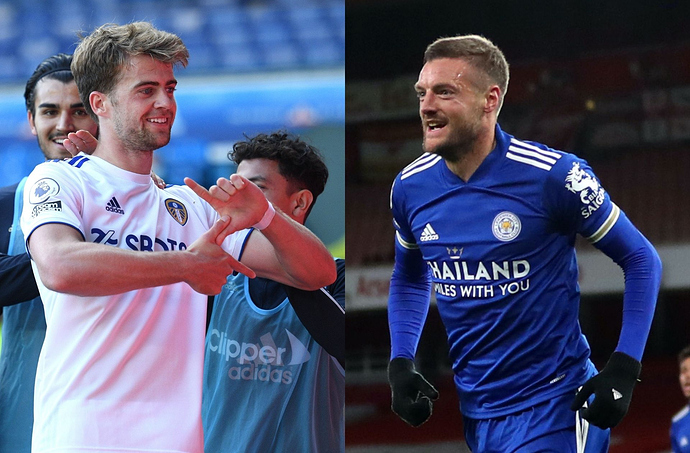 Leeds United host Leicester City in the final kickout of Matchday 7. The newly promoted team have made an impressive return to the Premier League, with Marcelo Bielsa’s men proving to be challenging against clubs like Liverpool and Manchester City. Leeds find themselves 12th in the Premier League standings and have collected 10 points from six games. They come into this clash after defeating Aston Villa 3-0 in their last fixture to end their unbeaten campaign.

Leicester City have managed to turn their poor form around. Brendan Rodgers’ men are currently on a three-game unbeaten streak in all competitions and registered an impressive 2-1 victory over AEK Athens in the Europa League. The Foxes defeated Arsenal 1-0 in their last Premier League game and are placed eighth in the Premier League standings with 12 points from six games.

This is going to be an entertaining fixture at Elland Road.

Leeds United and Leicester City will lock horns in the Premier League for the first time since 2004 on Monday evening with the two teams due to face off at Elland Road.

Both sides have made positive starts to the 2020-21 campaign, with Leeds sitting seventh in the table, having won three of their six matches on their return to this level, while Leicester occupy fifth spot.

Considering the teams and fixtures that Leeds have faced in the early weeks of the 2020-21 campaign, a total of 10 points from six matches, which has left them seventh in England’s top flight, is a solid return.

The Whites were excellent in their 1-1 draw with Manchester City at the start of the month but then disappointingly lost 1-0 at home to Wolverhampton Wanderers after the international break.

As a result, there was a degree of pressure on Marcelo Bielsa’s side heading into last Friday’s clash with Aston Villa, but a brilliant hat-trick from Patrick Bamford secured a 3-0 victory.

It is a tough period of the season for Leeds considering that three of their next four after this one are against Arsenal, Everton and Chelsea, and it will be very interesting to see how they perform considering their displays against Liverpool and Man City thus far this season.

Leeds have not actually beaten Leicester in any competition since 2012 - losing the last two matches between the two teams - although they were 3-2 winners in the last Premier League clash at Elland Road in April 2004, with Alan Smith settling that particular contest in the latter stages.

Preview: Leeds United vs. Leicester City - prediction, team news, lineups
Leicester, meanwhile, are currently fifth in the table with 12 points from their six matches, having won four times and lost twice in the early stages of the 2020-21 Premier League campaign.

The Foxes won their first three league games of the season before disappointingly losing back-to-back fixtures at home to West Ham United and Aston Villa, but Jamie Vardy came off the bench to hand them a 1-0 victory away to Arsenal on Sunday night.

Leicester have also started their Europa League season in strong fashion, recording two wins from two matches, including a 2-1 victory away to AEK Athens on Thursday night.

Brendan Rodgers’s side were unable to secure a top-four finish last season as their form after the lockdown period was poor, but there are plenty of signs that another Champions League push could occur this term.

Like Leeds, Leicester have some testing games ahead, though, with Wolves at home and Liverpool away their next two fixtures after this one.

Leicester City beats Leeds United 4-1 and moved to Number 2 on the points table! 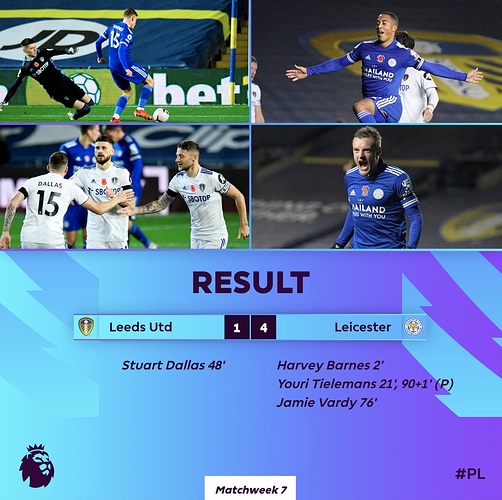 Fulham get their first win in this season beating West Brom 2-0! 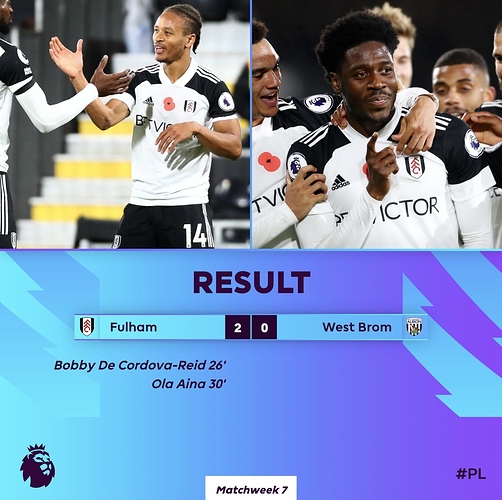 These are the results for Matchday 7 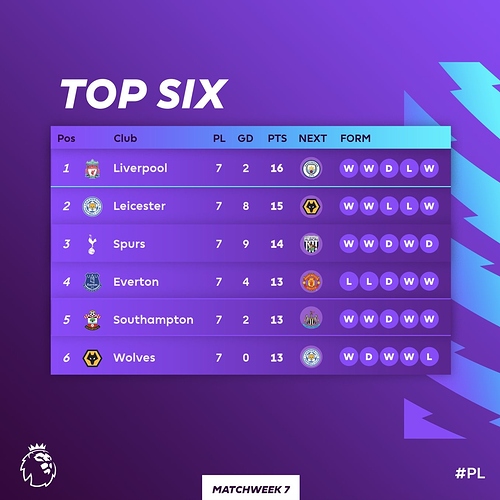 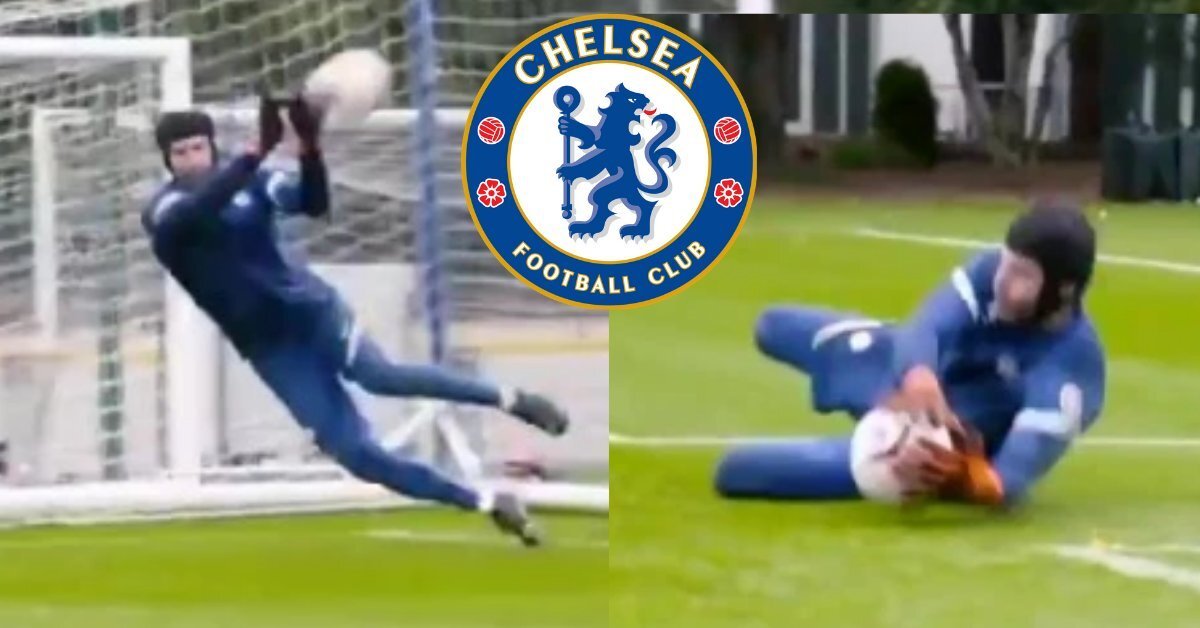