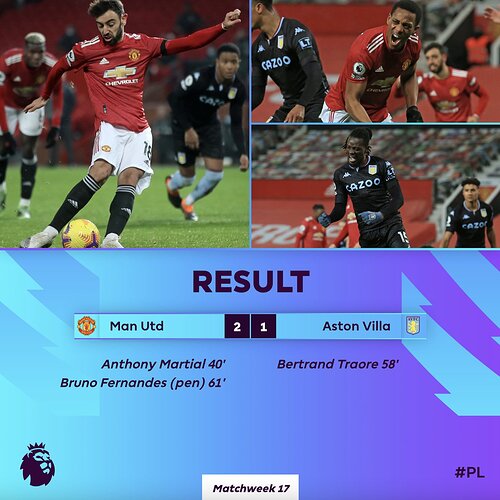 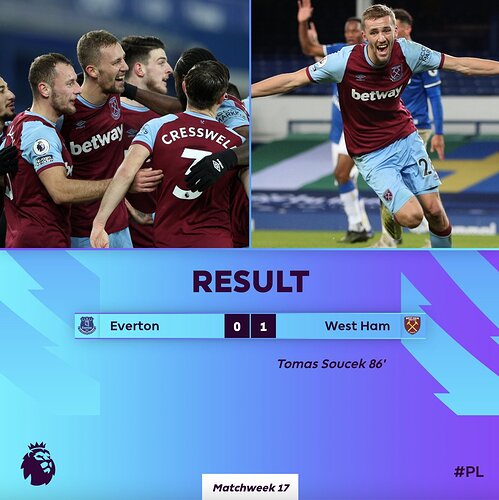 The biggest game of the Matchday will be the showdown between Chelsea and Manchester City at the Stamford Bridge on Sunday night. Both clubs have 26 points to their name and a win in this fixture could help them make a claim for a top-four spot. 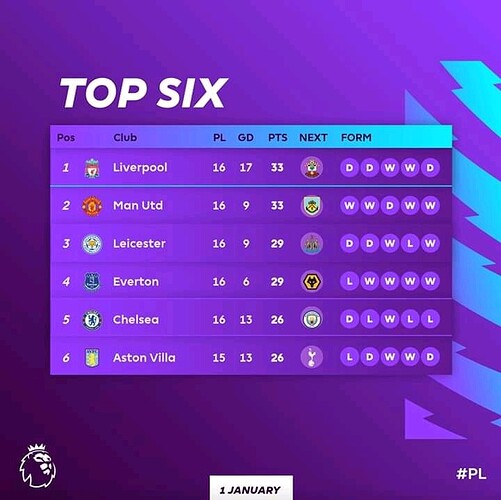 In this thread we will be covering fixtures of Matchday 17 from 1st to 4th of January. A total of 10 matches.

Since making his Man Utd debut, Bruno Fernandes has played in all 30 possible Premier League games: 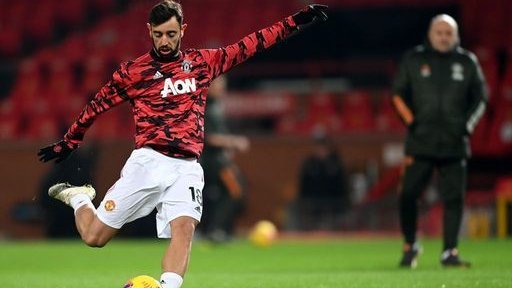 Anthony Martial has been involved in seven goals in his last six games in all competitions. 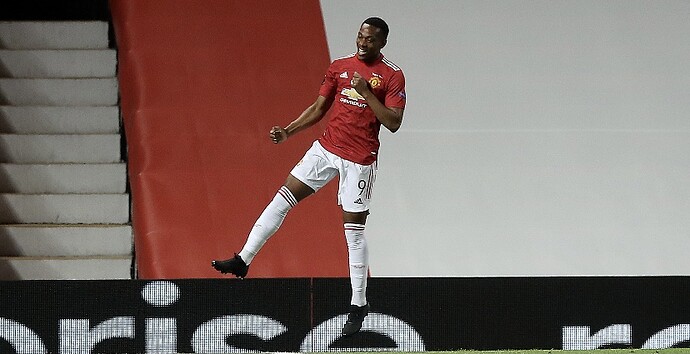 Most assists provided in the Premier League so far this season:

Super Jack keeping up with the best. 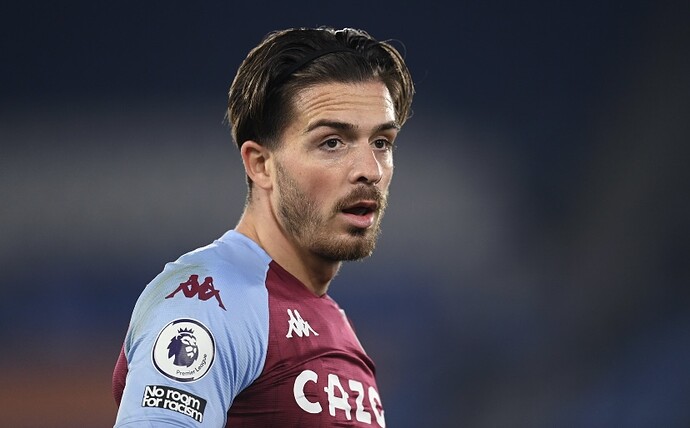 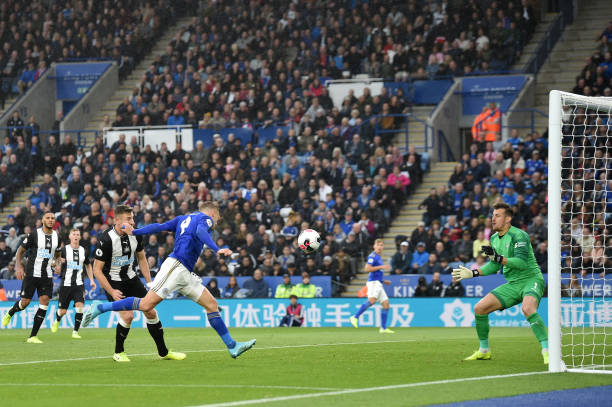 On 1 January 2020 Leicester travelled to St James’ Park and rather enjoyed themselves. Not content with winning 3-0, they controlled 77% of the possession and left Steve Bruce’s players looking distinctly second-best in almost every department. At a time when he remains under intense pressure from Newcastle supporters who would like nothing better than to see him replaced by his still-adored predecessor, Rafael Benítez, Bruce could do with avoiding a similar new year mauling at the hands of Brendan Rodgers’s high flyers. The home manager can only hope Callum Wilson will eclipse Leicester’s Jamie Vardy in the attacking department, while his side’s new abandonment of their hallmark “low block” and new tactic of pressing higher up the pitch – which produced a point when Liverpool visited Tyneside last Wednesday – will pay dividends. 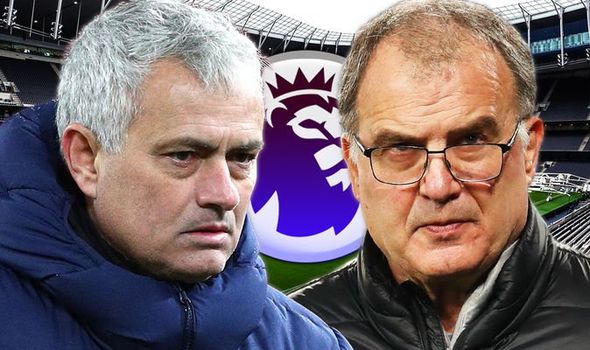 Tottenham Hotspur will be aiming to kick off the New Year on the right foot when they welcome Leeds United to North London for Saturday’s Premier League encounter.

The visitors trounced West Bromwich Albion 5-0 in midweek, whereas Tottenham’s clash with Fulham was postponed due to a coronavirus outbreak in the Cottagers’ camp.

Spurs have since slipped out of the title race amid an underwhelming spell of form, and that draw with Wolves stretched their winless run in the top flight to four matches since a 2-0 North London derby win over Arsenal earlier this month.

Having been neck-and-neck with Liverpool for the majority of the campaign so far, Mourinho’s side now find themselves seven points adrift of the champions, although a place in the top four is still within their reach before Manchester United, Aston Villa and Everton take to the pitch on Friday.

Aside from their narrow 1-0 win over Burnley last weekend, Leeds simply do not do low-scoring affairs, and Bielsa’s talented attacking contingent are sure to fancy their chances against a Spurs side who have become renowned for sitting back.

Leeds have risen to 11th in the table after taking nine points from their last four matches, and should West Ham suffer defeat at Everton on Friday, the Whites would leapfrog the capital outfit if they can at least hold Spurs to a draw this weekend. 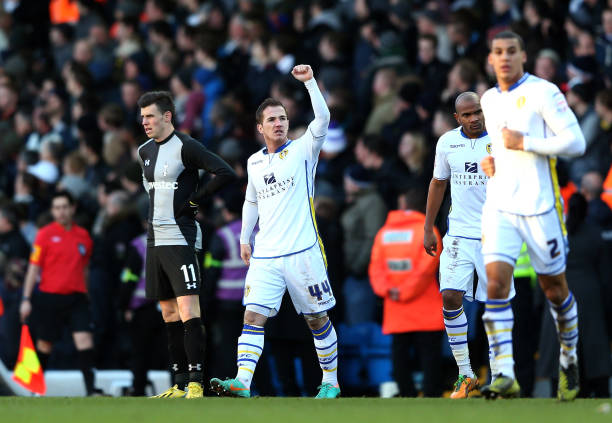 “I don’t play against Mr Bielsa, never,” José Mourinho said. For the Tottenham manager, it is not him against Marcelo Bielsa, rather his team against Bielsa’s Leeds. Yet it is hard to overlook the contrasting styles of the managers; how they frame an intriguing game. Under Bielsa, Leeds might now be a favourite of the neutral (what a rebrand!) and they will look to rush men forward. But can they avoid damage by going one-v-one at the back against Harry Kane and Son Heung-min? 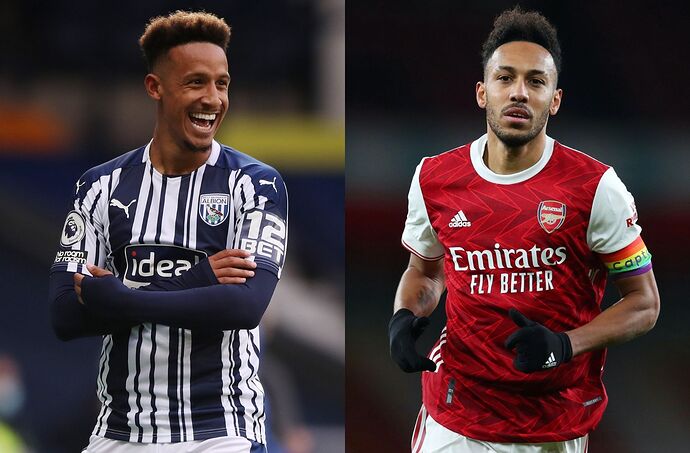 Arsenal will be looking to make it three Premier League victories in a row when they travel to the Hawthorns to face West Bromwich Albion on Saturday night.

The Gunners have beaten Chelsea and Brighton & Hove Albion in their last two games to move into 13th position in [the table, but West Brom remain in 19th, having collected just eight points from 16 matches.

West Brom entered Tuesday’s clash with Leeds United off the back of an excellent point at Liverpool and would have been looking to record their first home victory since the end of November.

A record of one win, five draws and 10 defeats has brought the Baggies eight points, leaving them in 19th position, five points from the safety of 17th place, which is currently occupied by Brighton.

There is still plenty of time for things to change, but it remains to be seen whether Allardyce is given the funds required to improve a struggling squad during the January transfer window.

West Brom are actually unbeaten in their last three Premier League home games with Arsenal, though, recording two wins in the process, and they have performed impressively against Manchester City and Liverpool over the last couple of weeks.

Three of Arsenal’s next four matches in all competitions are at home, and a win at the Hawthorns would certainly hand them confidence ahead of a run of potentially-winnable fixtures.

That said, there is no getting away from the fact that it has been a disappointing campaign for the club thus far, having picked up just 20 points from their 16 matches to sit down in 13th position.

The Gunners are actually only nine points off the top four at this stage, but it is very difficult to imagine them being in contention for a Champions League spot come the end of the campaign. 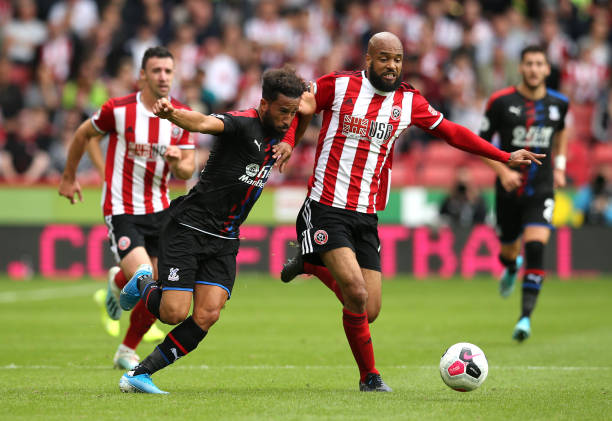 Sheffield United took six points off Roy Hodgson’s side last season courtesy of two 1-0 wins but things have been much more difficult for the Blades this time around. Chris Wilder will be hoping they can finally record a first victory of the campaign, although Palace managed to stem the tide of goals they have been conceding in their draw with Leicester last week and will be no pushovers. 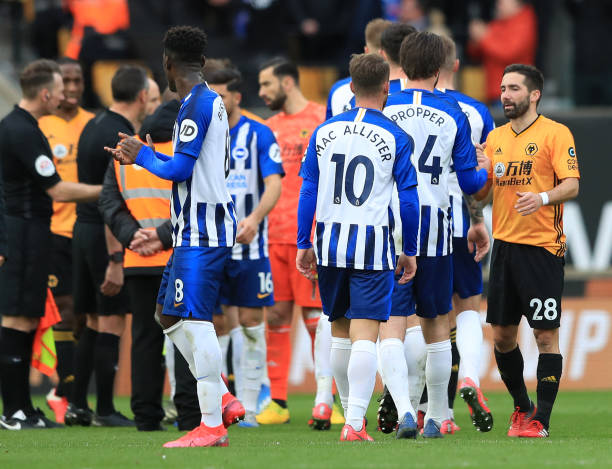 How Brighton and Wolves would love to start the new year with a bang. Graham Potter’s side have won none of their past seven matches and are hovering above the relegation zone, while Wolves have lost four of their six games since Raúl Jiménez fractured his skull in November and look flat in the final third. Wolves are ensconced in mid-table but Brighton appear on a slippery slope and Potter concedes this is the most challenging spell of his managerial career. “If you don’t win football matches, it’s harder to convince people that you are on the right path, and I can understand that,” he said. 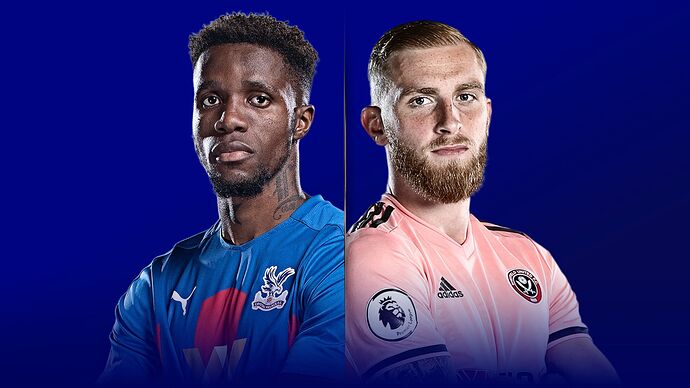 Crystal palace will be aiming to build on their hard-fought draw against Leicester City when they welcome Sheffield to Selhurst Park for Saturday’s Premier League bout.

While Roy Hodgson’s men managed to take a point from their clash with Leicester, Sheffield United’s abysmal run continued with a narrow defeat to fellow strugglers Burnley in midweek.
Even though Crystal Palace’s winless run in the Premier League stretched to five matches against Leicester, Hodgson can no doubt be pleased with the manner of his side’s performance against the Champions League hopefuls Leicester City.

The Eagles faithful will certainly welcome that result after two downright dismal performances against Liverpool and Aston Villa, although this weekend’s hosts can only boast one triumph from their last seven and are slowly slipping closer to the danger zone.

Eight points separate 15th-placed Palace from the dotted line as things stand, although Fulham do have a game in hand after their midweek clash with Tottenham Hotspur was postponed, and Hodgson’s men will temporarily rise above Arsenal, Wolverhampton Wanderers and Newcastle United should they prevail against an out-of-sorts Sheffield United.

As the only team yet to taste victory in the current Premier League season, Wilder’s side find themselves 11 points adrift of safety as the season approaches its midway point, and the eight goals that Sheffield United have notched up is the lowest in the top flight.

Both meetings between Crystal Palace and Sheffield United last season ended in 1-0 triumphs for the Blades, although this weekend’s visitors are certainly not the force that they were in the 2019-20 campaign.

Arsenal have scored in all 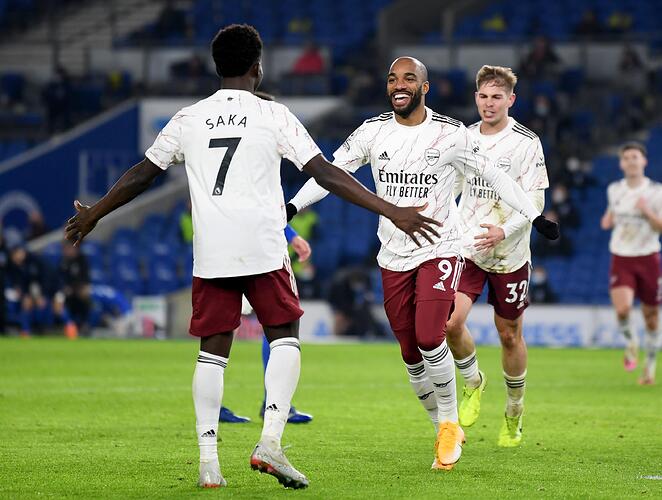 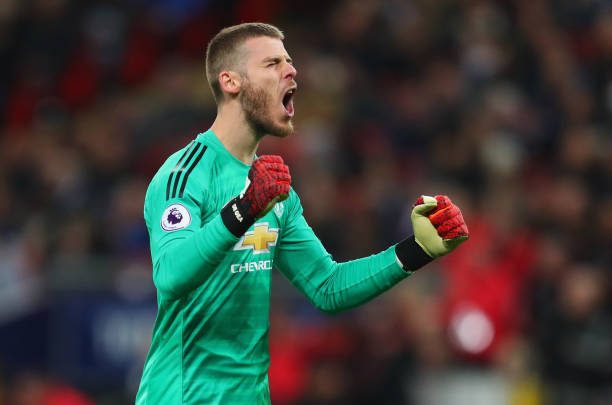 David De Gea makes his 327th PL app, passing Roy Keane for the most by a non-British player for Man Utd & the 5th most PL apps for the club overall (after Giggs, Scholes, G.Neville & Rooney)

Since the start of last season Maupay has scored

PL goals, 9 more than any other Brighton player

Are you backing him to score against Wolves today? 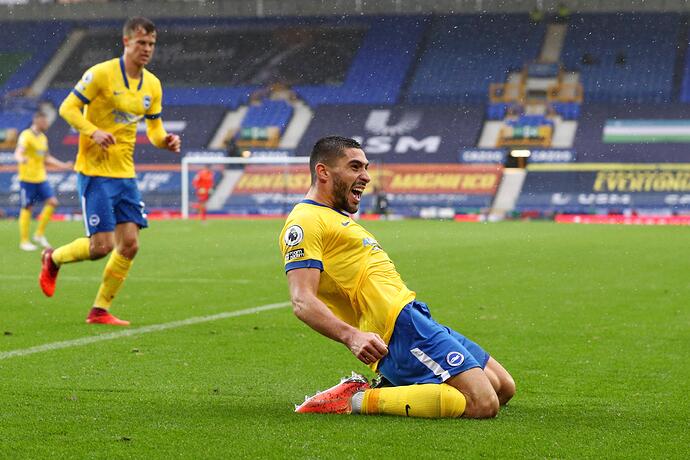 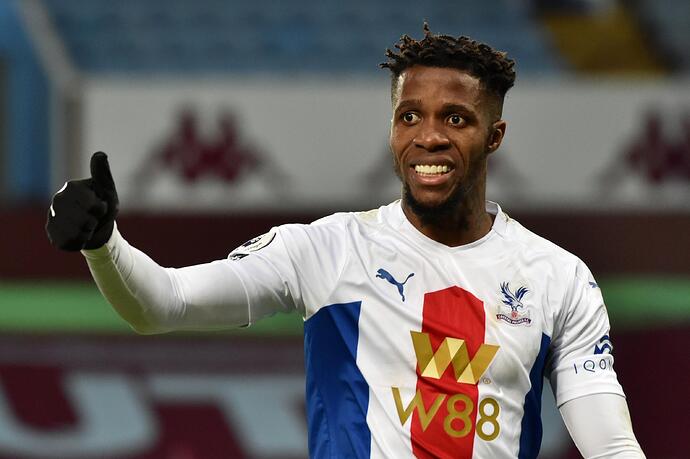 Spurs manager Jose Mourinho has only lost one of his 27 PL home matches against promoted sides (W21, D5)

Up against wolves today 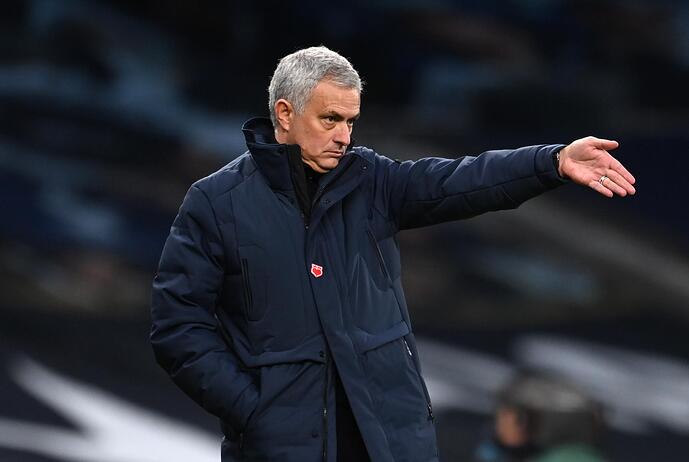 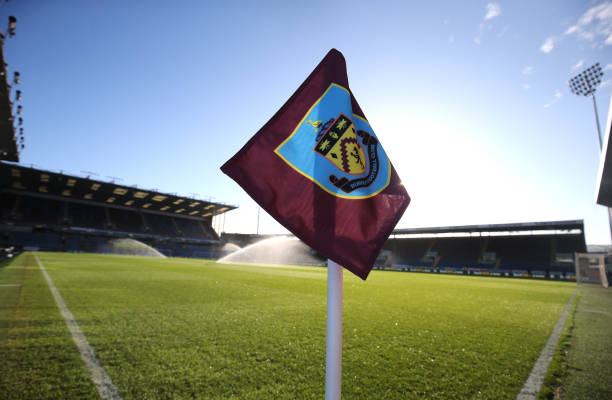 Fixture at Turf Moor due to be played at 12:00 GMT on Sunday postponed due to COVID-19 outbreak at Fulham.

The match between Burnley v Fulham, due to be played at 12:00 GMT on Sunday 3 January, has been postponed following a Premier League Board meeting this morning.

After the postponement of their match against Tottenham Hotspur on Wednesday, Fulham’s players and staff were immediately retested and this morning have reported a further increase in positive COVID-19 cases.

Following Fulham’s request to rearrange the Burnley fixture, the Premier League’s Board has taken into consideration further independent medical advice and decided to postpone the match due to the exceptional circumstances of the ongoing outbreak at the club.

With the health of players and staff the priority, the League and Fulham will agree a further action plan to control the outbreak to allow the club to resume their season safely. Players and staff will now be retested as part of a revised testing schedule.

With low numbers of positive tests across the overwhelming majority of clubs, the League continues to have confidence in its COVID-19 protocols, fully backed by the Government, to enable fixtures to be played as scheduled.

The League wishes those with COVID-19 a safe and speedy recovery and will rearrange Fulham’s two postponed games as soon as possible. 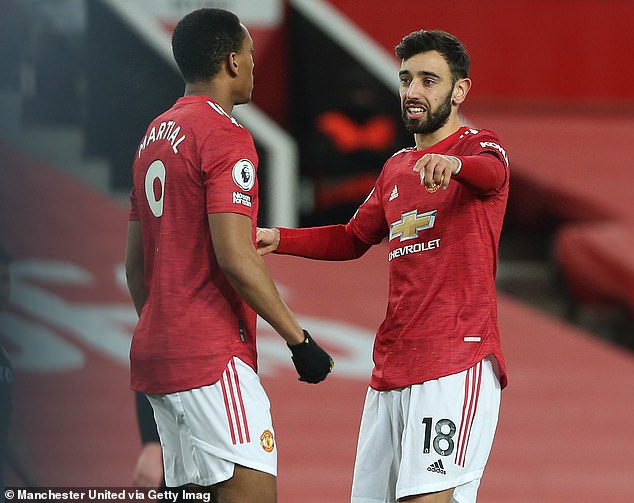 Bruno Fernandes believes Manchester United are ‘building something important’ after Ole Gunnar Solskjaer’s men kicked off 2021 by moving level on points with Premier League leaders Liverpool.
The Red Devils joined the reigning champions on 33 points after 16 matches by securing a hard-fought 2-1 win from an entertaining New Year’s Day clash with high-flying Aston Villa.

Bertrand Traore cancelled out Anthony Martial’s opener at an empty Old Trafford, only for Fernandes to quickly fire home from the penalty spot to keep second-placed United hot on Liverpool’s heels.

It was an eighth win in 10 Premier League games but Friday’s matchwinner knows there is plenty of work to do.

Premier League title race will be ‘so tight’, says Solskjaer 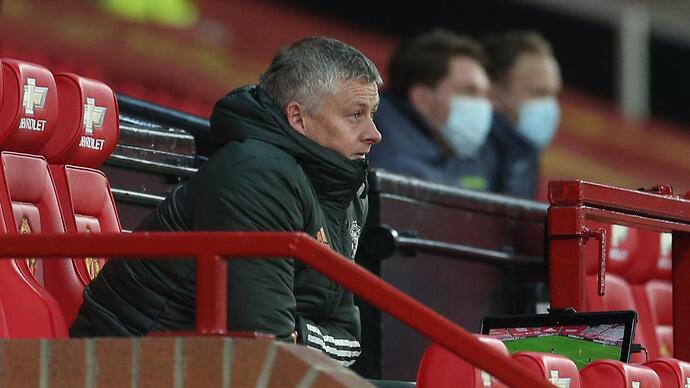 United defeated Aston Villa 2-1 at Old Trafford on Friday, remaining second behind the defending champions only due to their inferior goal difference.

It was a 10th straight league match without defeat for Solskjaer’s side, who seized the opportunity presented to them by Liverpool’s goalless draw at Newcastle United on Wednesday.