It’s another exciting game week in the Premier League as Thomas Tuchel faces the biggest test of his Chelsea career when his resurgent Chelsea side take on their former Coach side, Tottenham Hotspur at the Tottenham Hotspur Stadium.

Liverpool will be aiming to claim three wins on the bounce after their back to back victory against the London clubs, Spurs and West Ham when they take on Brighton this midweek while Man City will look to cement their place at the top when they travel to Turf Moor to face Burley. 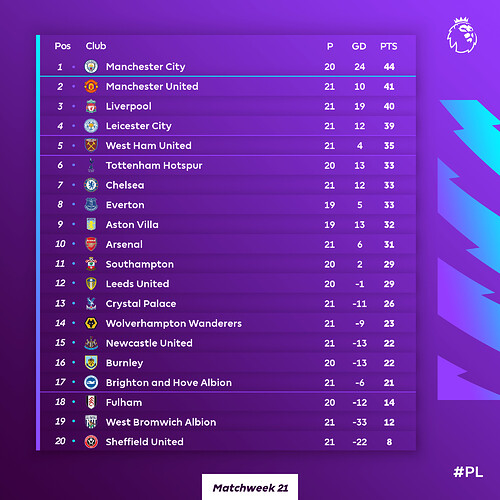 In this thread we will be covering fixtures of Matchday 22 from 2nd to 4th of February. A total of 10 matches. 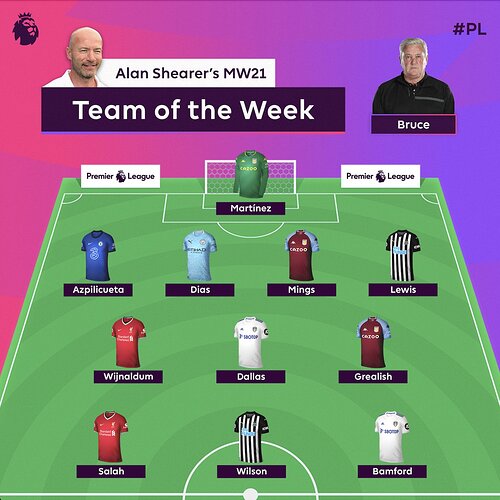 TOP OF THE PL SCORING CHARTS 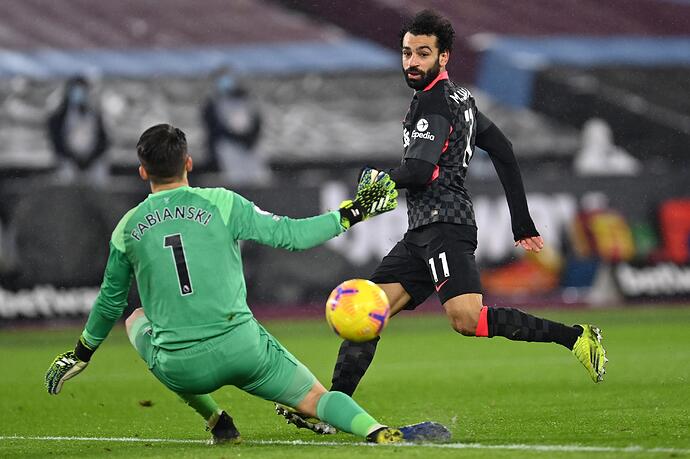 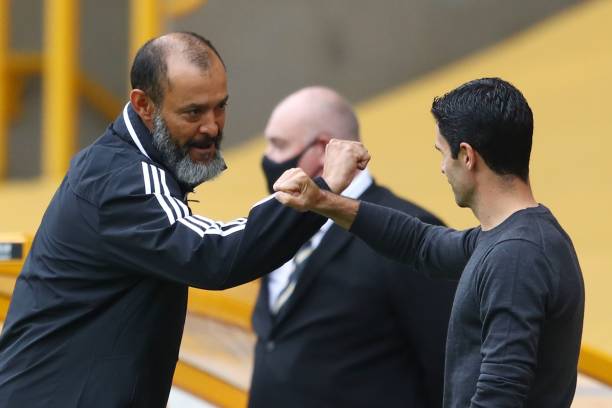 Wolverhampton Wanderers will attempt to defy the odds and put an end to their winless run when they welcome Arsenal to Molineux for Tuesday’s Premier League showdown.

Wolves manager Nuno Espirito Santo has admitted that “a lot of things are missing” as his side’s winless run in the league stretched to eight matches with a 1-0 defeat to Crystal Palace on Saturday.

As one of only two teams in the English top flight who have failed to win any of their last five matches - the other being Fulham - Santo’s men have slipped to 14th in the table, and unforeseen fears of relegation will start to creep in unless they can pull themselves out of this alarming rut.

Furthermore, the hosts have only managed to take maximum points from one of their last six Premier League matches on home soil, and should Arsenal manage to breach Santo’s defence on Tuesday, Wolves would have failed to keep a clean sheet in seven top-flight matches at Molineux.

However, the European-chasing Gunners remain in mid-table obscurity after Chelsea’s win over Burnley on Sunday, and Arteta’s side - who lie 10th - find themselves eight points adrift of the top four following Leicester City’s shock defeat to Leeds United.

A victory on Tuesday would see Arsenal extend their winning away run in the top flight to four matches following wins on Brighton & Hove Albion, West Bromwich Albion and Southampton’s turf, and the Gunners claimed a 2-0 win in this game last season thanks to goals from Saka and Lacazette.

Wolves are sweating on the fitness of Romain Saiss, who missed the defeat at Crystal Palace with an unspecified knock.

Mikel Arteta has revealed Kieran Tierney and Bukayo Saka are both doubtful to return for Arsenal on Tuesday. The pair missed the goalless draw with Manchester United on Saturday evening as Saka has been struggling with a hip problem, while Tierney remained sidelined with a calf issue.

Pierre-Emerick Aubameyang missed the weekend draw due to his mother’s health issues, and currently remains in quarantine, but could be available.

Alexandre Lacazette had to go to hospital after Saturday’s game after landing heavily after a challenge with Harry Maguire but has been given the all-clear to resume playing.

Following their 2-1 victory at the Emirates in the reverse fixture, Wolves are looking to complete their first league double over Arsenal since 1978-79.

Arsenal have won eight of their last 10 top-flight away games against Wolves (D1 L1), as many as they had in their previous 30 visits to Molineux (D8 L14).

Wolves have lost their last two Premier League home games, last losing three in a row at Molineux in November 2018.

Arsenal have won each of their last three Premier League away games, more than they had in their previous nine on the road (W2 D1 L6). The Gunners haven’t won four consecutive away league games since October 2016 under Arsène Wenger. 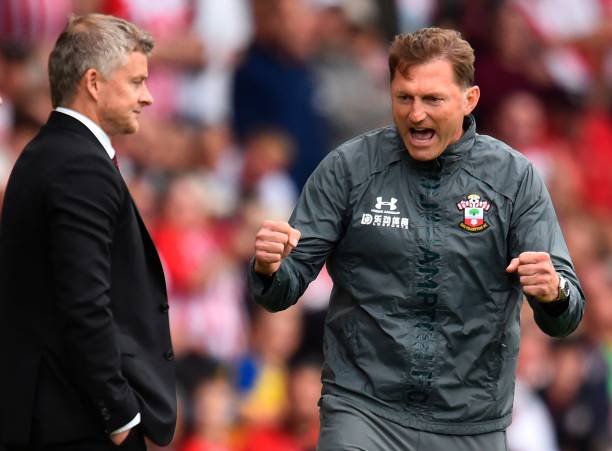 Manchester United will be looking to return to winning ways in the Premier League when they continue their 2020-21 campaign at home to Southampton on Tuesday night.

The Red Devils have only picked up one point from their last two league matches, while Southampton have suffered three straight losses in England’s top flight to drop down to 11th position in the table.

Solskjaer’s team have not convinced in the big matches this season, but a total of 41 points from 21 matches is an excellent return, and the 20-time English champions are very much in the title argument at this stage, which looked some way off when they were struggling towards the back end of 2020.

United have conceded 27 times in the league this season, though, which is one of the poorer records in the division, while they only have the 11th-best home record in the 2020-21 Premier League campaign, picking up just 14 points from 10 matches.

Southampton, meanwhile, will enter Tuesday’s contest off the back of a 1-0 home defeat to Aston Villa on Saturday, with Ross Barkley scoring the only goal shortly before the interval.

The Saints have not actually won in the league since overcoming Liverpool at the start of January, losing each of their last three to Leicester, Arsenal and Villa, with the disappointing run seeing them drop into 11th position in the table ahead of a difficult trip to Old Trafford.

Ralph Hasenhuttl’s side suffered a 3-2 loss to United when the two teams locked horns at St Mary’s at the end of November, and Southampton have not actually beaten the Red Devils in the league since January 2016, but they did pick up a point on their last visit to Old Trafford in July 2020.

Manchester United have no new injury concerns following their 0-0 draw with Arsenal. Scott McTominay had to come off with stomach cramp there but is available for selection.

Ole Gunnar Solskjaer is likely to freshen up his side after monitoring his players’ energy levels after the three-day turnaround.

Ralph Hasenhuttl has a number of injury issues to contend with ahead of Southampton trip to Old Trafford.

Theo Walcott, Ibrahima Diallo and Oriol Romeu all suffered knocks in the defeat to Aston Villa and are major doubts for Tuesday.

The injuries come as further bad news for Southampton, who are already without Kyle Walker-Peters, Jannik Vestergaard, Mohammed Salisu and Nathan Tella.

Manchester United are unbeaten in their last nine Premier League meetings with Southampton (W4 D5), though are looking to complete their first league double over them since their title-winning campaign of 2012-13.

Having lost 13 of their first 14 Premier League away games against Man Utd (D1), Southampton have lost just two of their last seven visits to Old Trafford (W2 D3).

Manchester United have come from behind to win 10 different Premier League games against Southampton, including a 3-2 victory in the reverse fixture at St Mary’s this season. No side has come from behind to beat another more often in the competition’s history (Man Utd also 10 vs Newcastle).

Of all teams to have played at least 10 Premier League games in a specific month, no-one has a higher win rate than Manchester United do in February, with the Red Devils winning 68 of their 100 February games in the competition.

Sheff Utd have never lost a PL match in February, with

Westbrom should be very worried 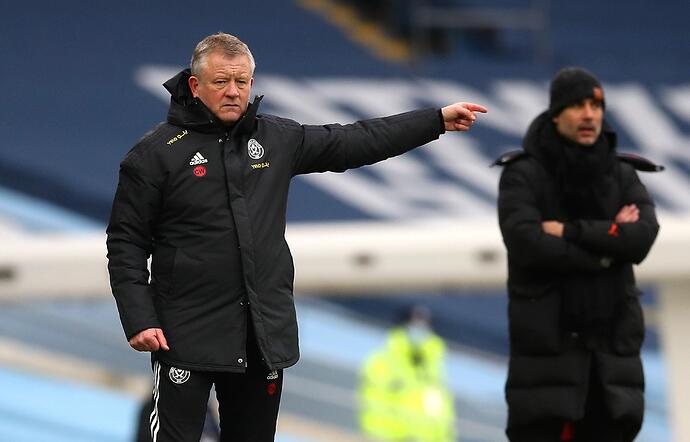 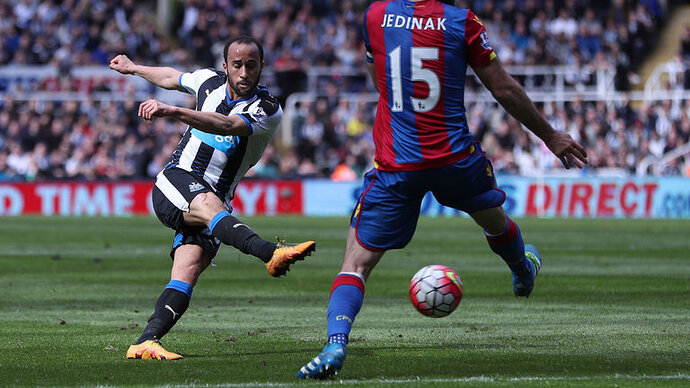 Newcastle are looking to complete their first league double over Crystal Palace since the 2013-14 campaign, following their 2-0 win at Selhurst Park earlier this season.

Arsenal vs Wolverhampton Line Up

He Puts Arsenal in front against Wolves. 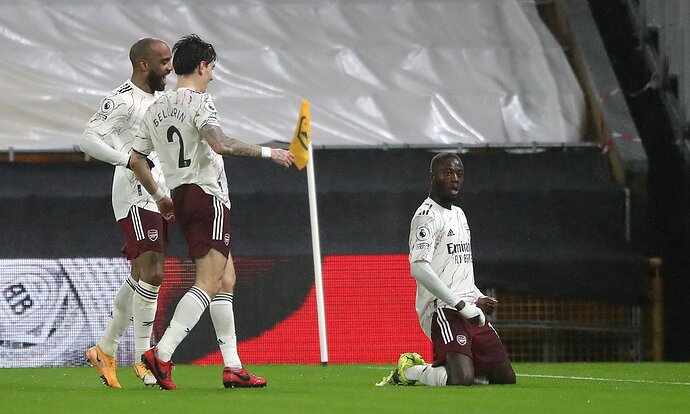 David Luiz has received three straight red cards in the Premier League since joining Arsenal, no other player has received more than one in that time.

Thoughts on the latest? 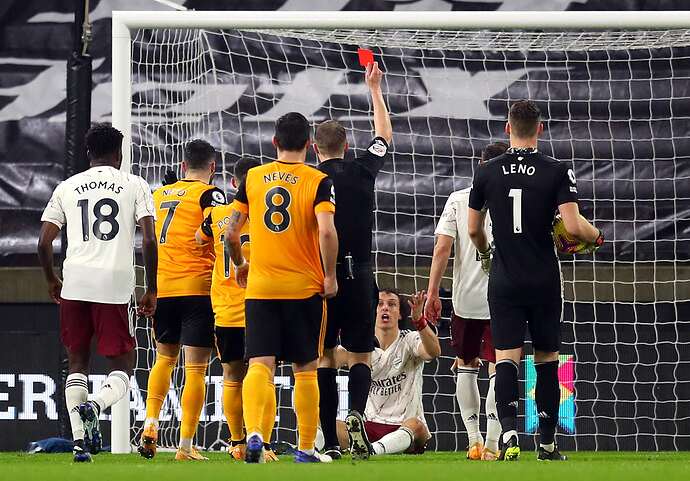 Joao Moutinho scores his first ever goal at Molineux.

Wolves has turned the game around 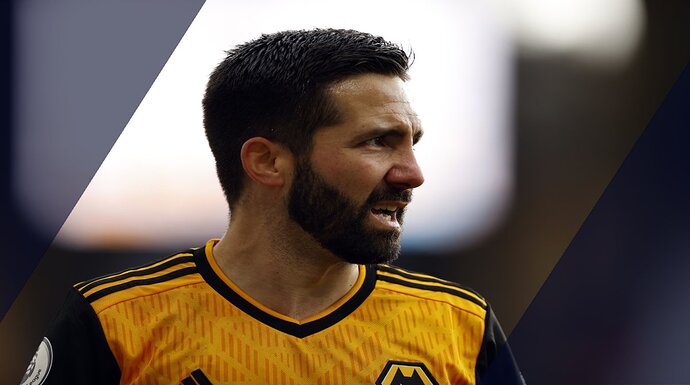 João Moutinho for Wolves in the Premier League:

His strike against Arsenal was his first at home. 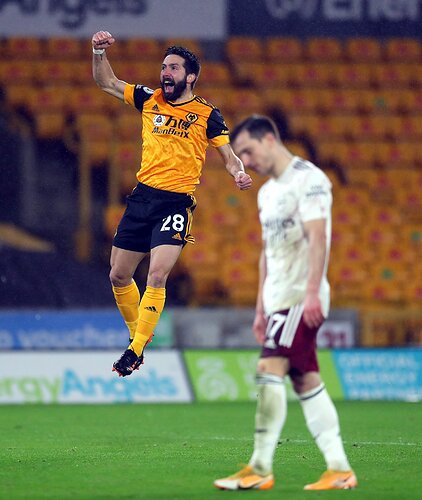 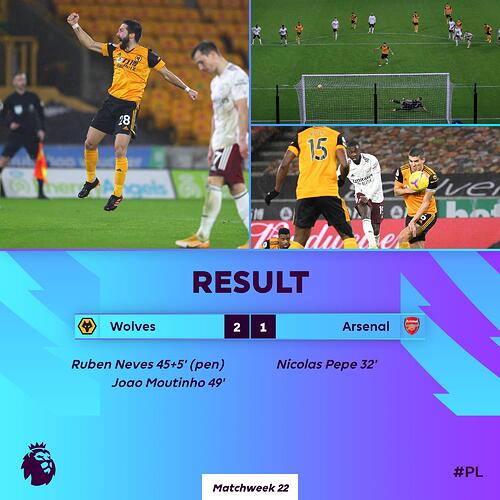 The Blades come from behind to seal a 𝐇𝐔𝐆𝐄 win 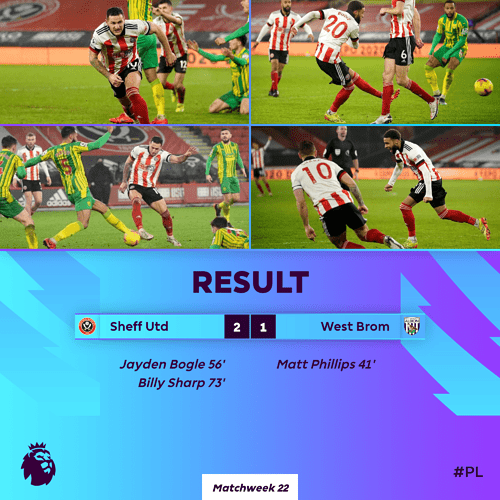 It went downhill fast for Mikel Arteta’s side. 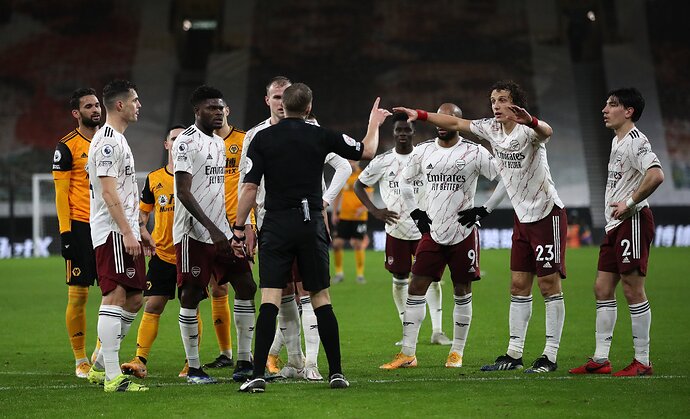 Since Mikel Arteta’s first game in charge of Arsenal on Boxing Day 2019, the Gunners have been shown nine Premier League red cards, six more than any other side. 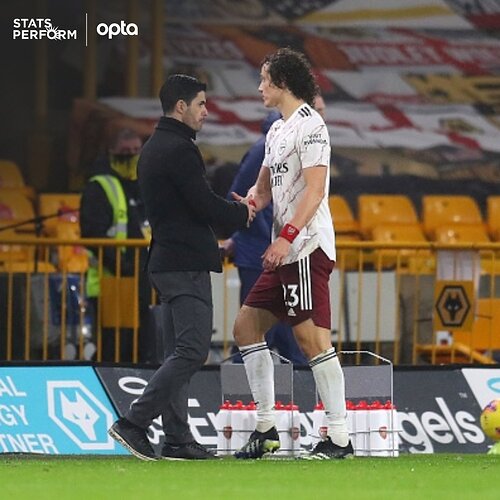