We’re Heading into Week 12 of the 2020/21 Premier League Season. Tottenham Hotspur sits at the top of the table, tied on points with Liverpool but ahead on goal differential.

Manchester United welcomes arch rivals Manchester City to Old Trafford on Saturday night, on what promises to be a thrilling encounter. 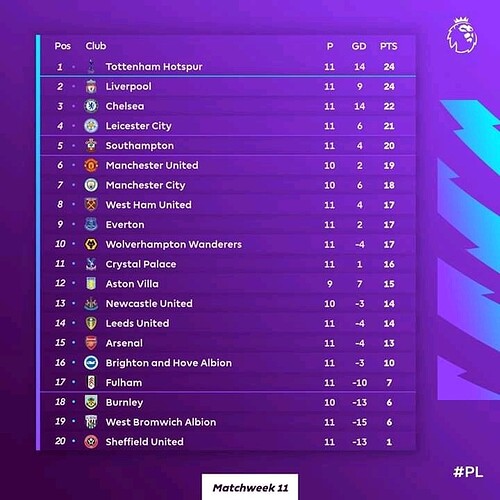 In this thread we will be covering fixtures of Matchday 12 from December 11th to 13th, a total of 10 matches. 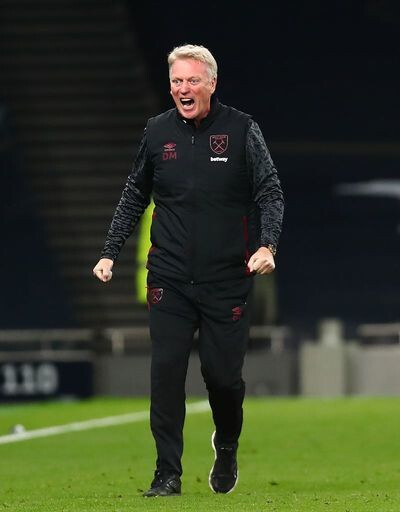 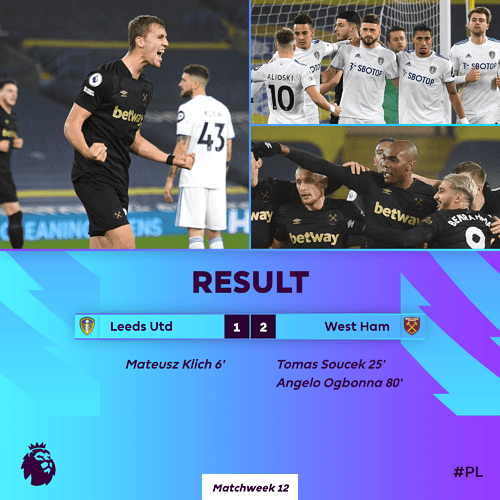 David Moyes has got West Ham into 5th place 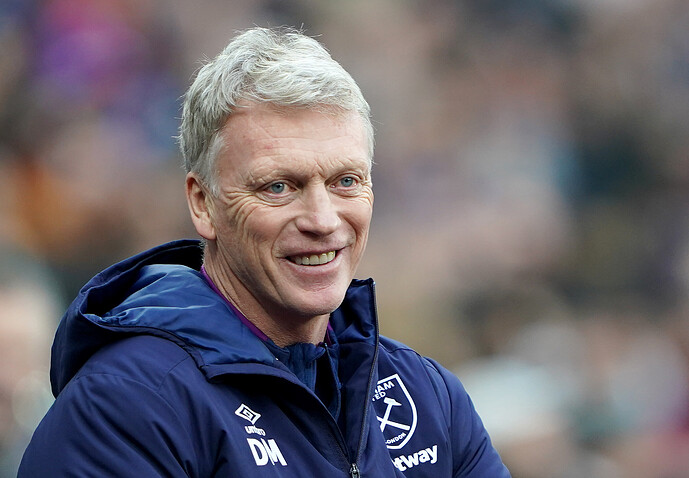 Manchester United and Manchester City lock horns for the 183rd time on Saturday, with just one point and one place separating the near-neighbours in the Premier League table.

Both clubs endured disappointing starts to their respective campaigns, but have begun to climb the table in recent weeks and would stay in touch with the leading pack with victory in this match.

If you had told Manchester United fans at the beginning of 2020-21 that they would go into their first derby of the season, more than a quarter of the way into the campaign, sitting above Man City in the table then they would have no doubt taken that position.

However, all has not been well for either of these teams so far this term and, while Man City do now seem to be finding their feet, Man United continue to struggle with inconsistency and vastly differing home and away form.

Defeat to RB Leipzig in midweek condemned them to Europa League football again after Christmas, despite getting themselves into a position where they only needed one point from their final two games to qualify for the last 16 of the Champions League.

City have by no means enjoyed a faultless season themselves so far, though, and they make the short trip to Old Trafford sitting below their bitter rivals in the table.

Indeed, whereas Man United are six points better off than they were after 10 games of last season, Man City are four points worse off.

Guardiola’s men are beginning to find the sort of consistency we have become used to seeing from them in recent campaigns, though, and they head into this derby on a five-match unbeaten run during which time they have not conceded a single goal.

Solskjaer’s side have netted just three times at Old Trafford so far in 2020-21 which, when coming up against a team with five clean sheets on the bounce, does not bode well in this battle for bragging rights. 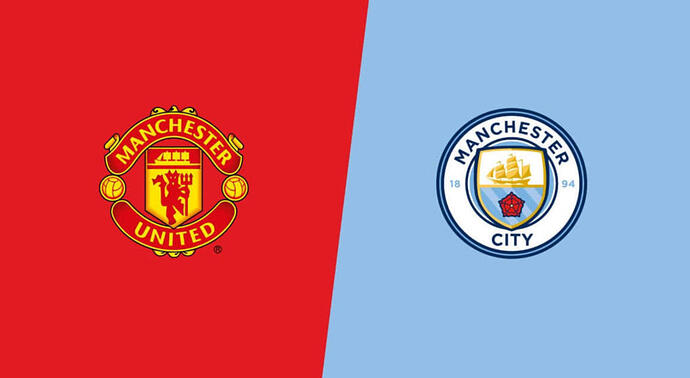 Chelsea have the opportunity to reclaim top spot in the Premier League - temporarily at least - when they make the trip to Everton on Saturday evening.

The Blues have been in impressive form since the end of October and are two points off the summit, with Tottenham Hotspur and Liverpool not in action until the following day.

Everton have been heading in the opposite direction, meanwhile, and enter this game five points worse off than their opponents in ninth place.

Heading into the October international break, Everton found themselves five points better off than Chelsea thanks to a perfect start in their first four games.

Since then, though, they have lost four, drawn two and won only one of their last seven - a narrow 3-2 win over Fulham at Craven Cottage.

Last week’s 1-1 draw at Burnley was another disappointing result, but it did at least bring an end to a run of four defeats in five matches for the Toffees.

Carlo Ancelotti’s men have lost their last two home matches, against Manchester United and Leeds United, and are aiming to avoid three in a row for the first time since March 2016.

Chelsea recovered to beat Leeds United 3-1 last weekend and extended their unbeaten streak in all competitions to 14 matches with a 1-1 draw against Krasnodar. 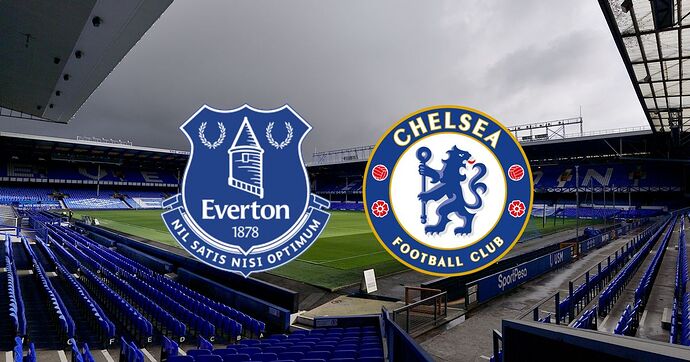 Tottenham will be looking to keep hold of top spot in the Premier League come the end of the weekend as they make the trip to London rivals Crystal Palace.

Spurs enter matchday 11 in first place, level on points with reigning champions Liverpool and two in front of Chelsea, following a run of 10 top-flight games without defeat.

Palace head into Sunday’s match at Selhurst Park on the back of a morale-boosting 5-1 win over West Bromwich Albion last time out, a win that moved them up to 11th place.

Spurs kept their momentum going with a 2-0 win over Royal Antwerp in the Europa League on Thursday, picking up the win needed to finish above their opponents at the top of Group J. Last week’s 2-0 win over Arsenal followed a victory by the same scoreline against Manchester City and another clean sheet in a stalemate with Chelsea.

The Eagles were given a helping hand by Matheus Pereira’s sending-off in last week’s big win over West Brom, that victory following defeats to Burnley and Newcastle United.

Roy Hodgson’s side failed to register in those two losses, though they did put four past Leeds United and five past the Baggies. 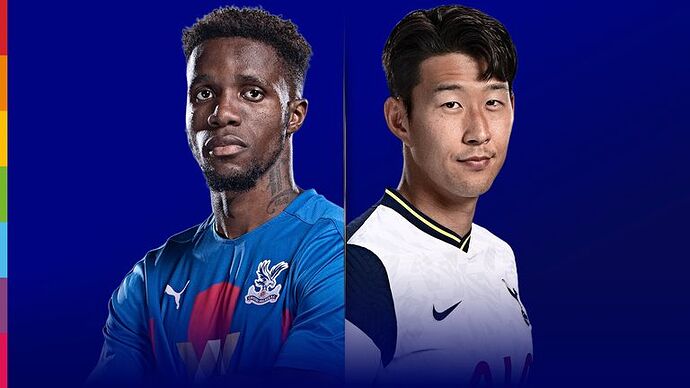 Arsenal will be aiming to kickstart their Premier League campaign when they welcome Burnley to the Emirates Stadium on Sunday evening.

The Gunners enter the weekend’s games down in 15th, just three places better off than Burnley in the final relegation spot.

Arsenal will be hoping that last weekend’s 2-0 loss to rivals Tottenham Hotspur is the lowest point of Arsenal’s campaign.

After all, it cannot get much worse, this being the Gunners’ lowest points return after 11 league games since the 1981-82 campaign.

Burnley have lost all six of their away Premier League meetings with Arsenal - their worst 100% record away to a single side in the competition.

Burnley have not exactly been in great form themselves, either, winning just one of their opening 10 matches, with that coming at home to Crystal Palace a few weeks ago.

They have since lost 5-0 to Manchester City and drawn 1-1 with Everton, seeing them slip below Fulham into the relegation zone.

Dyche may be correct when he says it is not the time for his side to panic, having been in this position before, but supporters may start to grow restless should Sunday’s game end in another loss. 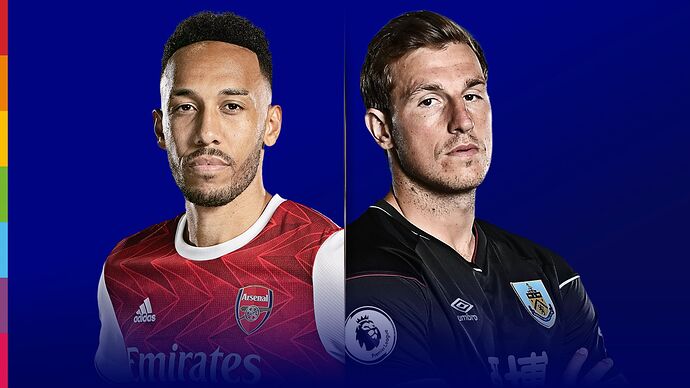 Leicester City play host to Brighton and Hove Albion on Sunday evening looking for the victory which would keep them in the top four of the Premier League table.

Meanwhile, the Seagulls make the trip to the King Power Stadium sitting in 16th position, four points clear of the relegation zone.

Having had to cope with injuries and a hectic schedule since the beginning of the season, it was no surprise that Leicester’s standards dropped immediately after the November international break.

However, wins over Sheffield United and AEK Athens have seemingly got the Foxes back on track at a crucial period of the season, particularly in the Premier League, when another defeat would have left them down in seventh place.

From Brighton’s perspective, they were left frustrated after a VAR decision went against them during the latter stages of the meeting with Southampton.

Danny Ings’s late penalty condemned the Seagulls to their first defeat in four games, keeping Graham Potter’s team wary of the teams in the relegation zone. 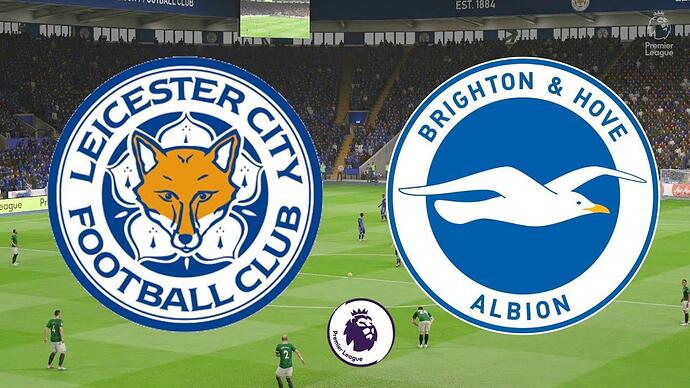 Bruno Fernandes was on one in November 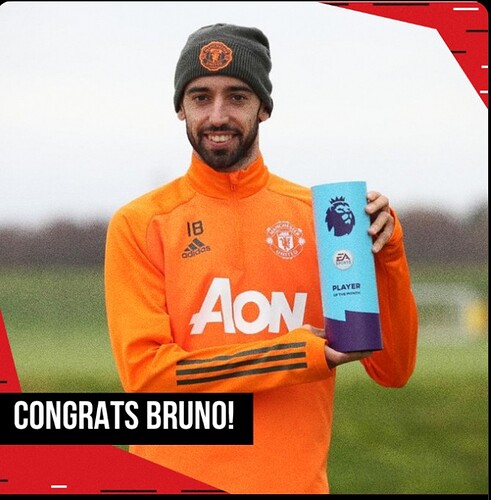 A special award for a special manager

Jose Mourinho is the Manager of the Month for November 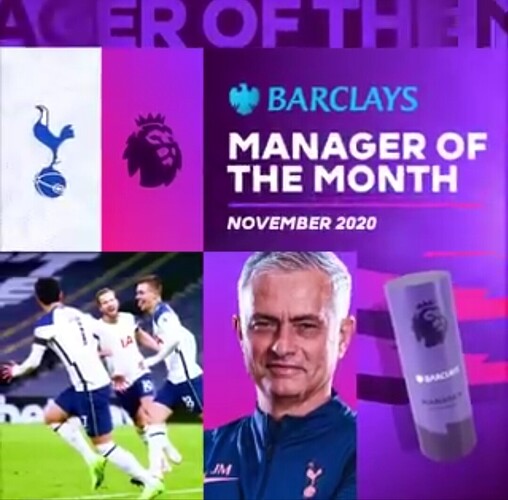 Where are you watching the derby from? 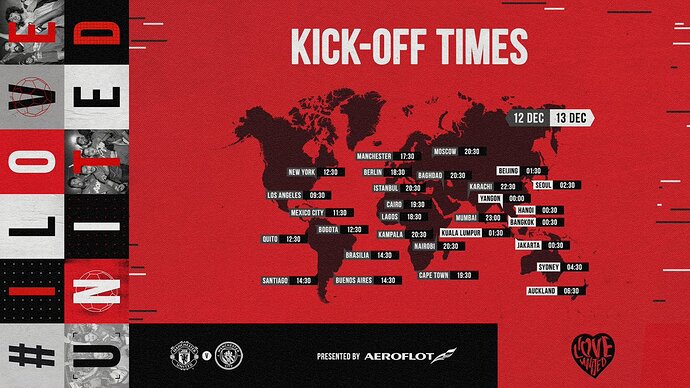 Chelsea have kept a clean sheet in each of their last three Premier league away matches, as many as they had in their previous 35 in the competition 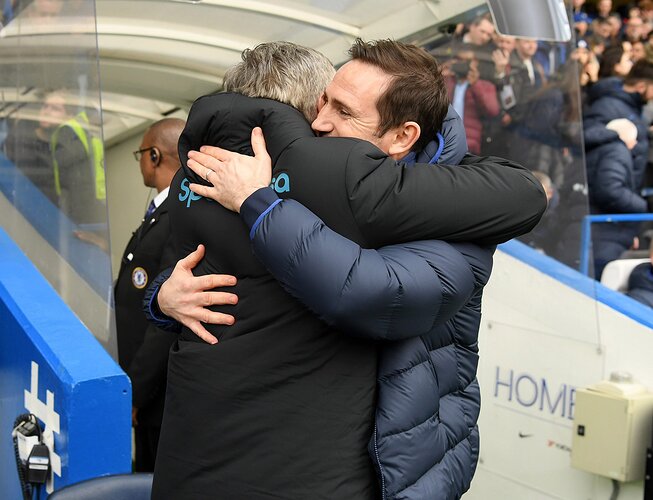 Jose Mourinho is the Manager of the Month for November

Jose Mourinho is the first Tottenham manager to win Premier League Manager of the Month since Mauricio Pochettino in April 2017.

And he’s guided them to the top of the table.

Who takes the day in the Manchester derby on Saturday? 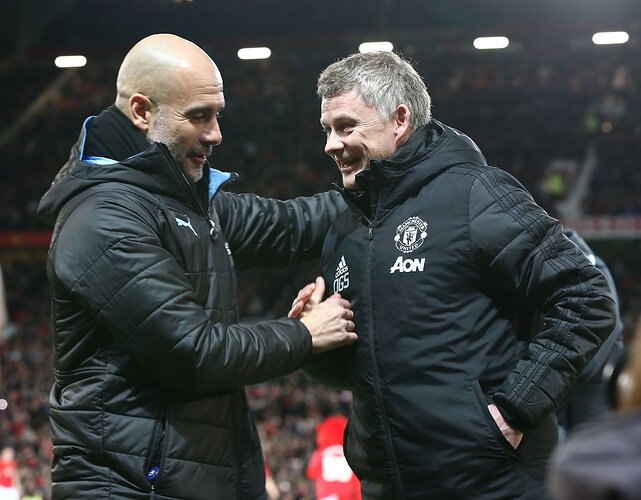 in the Premier League this season. [sky] 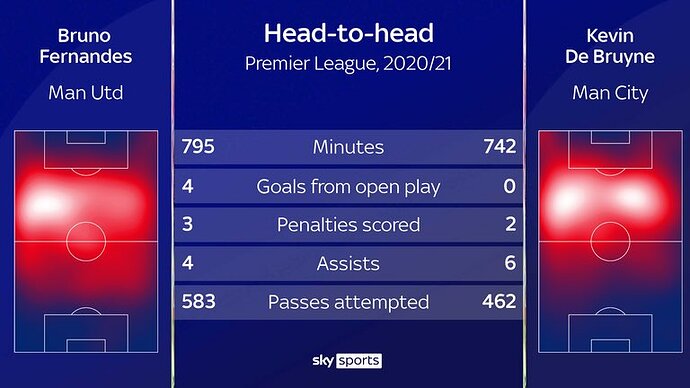 Most chances created in PL this season: 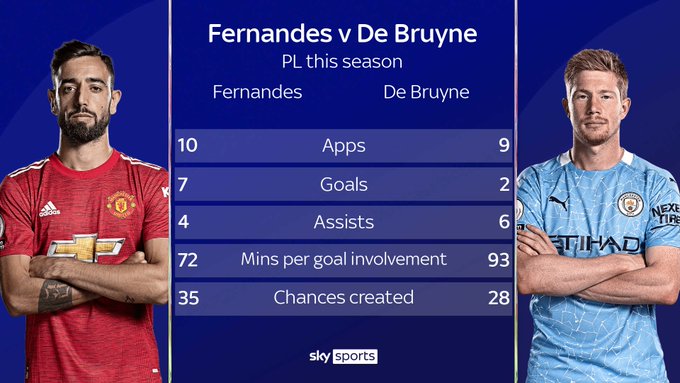 “There have been players that have refused to train or play, they’re not here anymore of course, but Paul has not once done that” 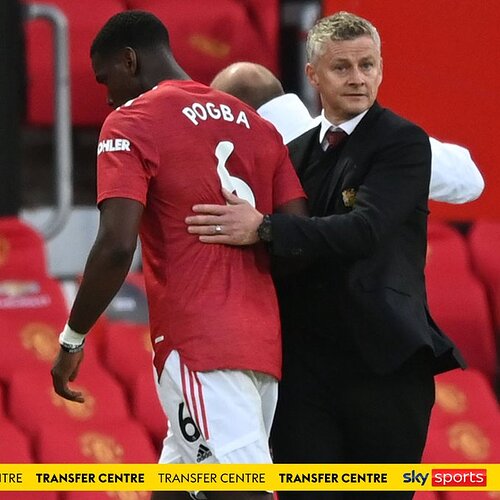 Jack Grealish was fouled more times (4) than any other player on the pitch against Wolves.

He also won more duels (6) and created the joint-most chances (2) than any other Villa player. 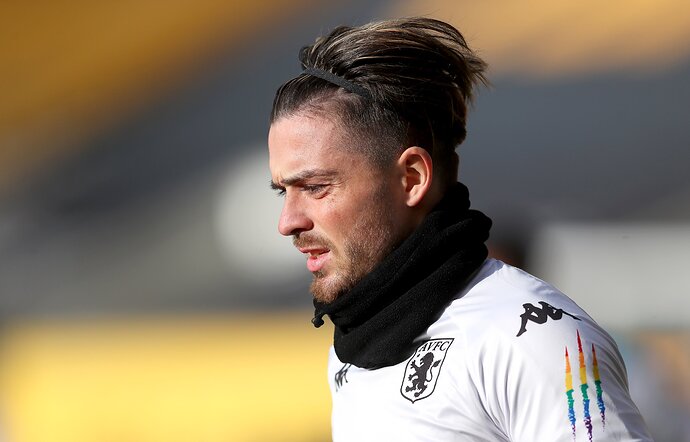 Wolves unveil a banner of Raul Jimenez prior to their Premier League game against Aston Villa. 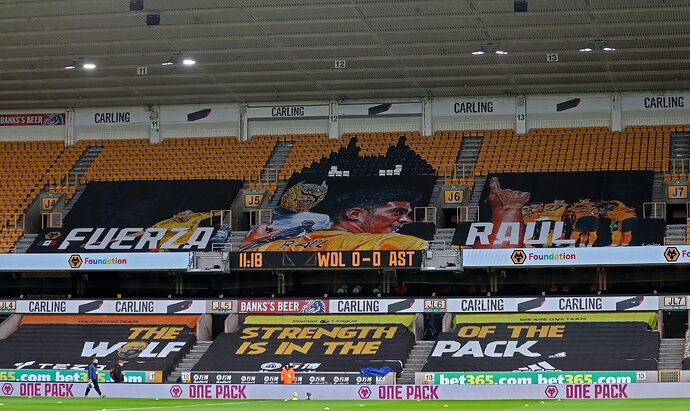