Players that Newcastle should target in January window transfer 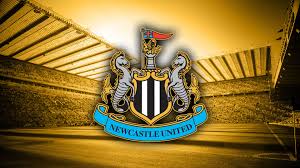 After 14 years of Mike Ashley, Newcastle finally said goodbye to the Sports Direct owner on Thursday.

The Magpies have been bought out by the SAPIF, PCP Capital Partners and RB Sports & Media, with an official announcement having arrived on October 7th:

On the back of this development, it has since been revealed that Newcastle’s new owners boast wealth worth well over 10 times that of Manchester City’s current owners.

On paper, Ross Barkley seems like the perfect January signing for Newcastle.

The Englishman’s time at Chelsea has been pretty underwhelming and, with 18 months left on his current deal come January, the Blues moving Barkley on over the winter does make sense.

So far this term, the midfielder has amassed just 36 minutes of action for Chelsea across all competitions, suggesting that it probably would not take much for Chelsea to part with him.

Ruben Loftus-Cheek is in a similar situation to the aforementioned Barkley.

Though he has played more minutes in 2021/22 – 215 across five outings – it is fair to say that Loftus-Cheek is still very much 4th or 5th choice in Chelsea’s midfield pecking order at present.

And with Billy Gilmour and Conor Gallagher returning to the club next year, it does seem as though the 25-year-old’s opportunity to nail down a regular spot in Chelsea’s midfield has come and gone.

The final Chelsea player Newcastle should look to sign is Hakim Ziyech.

This pick is perhaps the least likely option on the list, but with Ziyech still having failed to become a regular feature at Chelsea under Thomas Tuchel, who knows what could happen if the right offer came in.

The Moroccan has certainly shown patches of quality throughout his Chelsea career, but every time he has put together a decent run of form, it has generally been ended by injury. 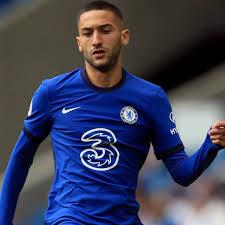 In need of a Premier League experienced striker capable of holding the ball up and who knows where the back of the net is? Alexandre Lacazette is your man.

The Frenchman, now 30 years old, has netted 67 times in 174 Premier League appearances for the Gunners, but has found himself a clear second fiddle to Pierre-Emerick Aubameyang. The forward has been limited to just 162 minutes so far this campaign, but just 49 of those have come in the Premier League, and he is yet to get his PL tally underway. 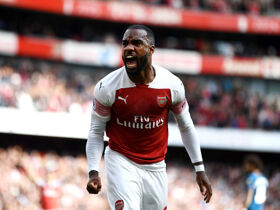 Another man who has struggled for gametime this season thus far is Brazilian Gabriel Martinelli. The young sensation burst onto the scene in the 2019/20 season, netting 10 times in 26 appearances for the club, but has since found himself injured or on the bench more often than not when fit.

Blessed with bags of ability, his pathway into the Arsenal first-team right now is not clear, thanks in part to the form of Emile Smith Rowe on the left flank. As such, he could well be available on loan in January, and is one that would offer a low cost solution to Newcastle’s problems going forward.

From one end of the pitch to another, and far less ambitious than the previous two on this list, Rob Holding is nonetheless a player Newcastle have targetted in successive summers. Homegrown, experienced at the top level and still just 26 years old, Holding could be a shrewd acquisition even under new ownership.

The Englishman is firmly behind Ben White in the pecking order, and will likely fall further upon the return of William Saliba on loan. For the Magpies, he would provide a very competent centre-back that embodies their no-nonsense attitude to defending.