🏊 Michael Phelps - The Greatest Swimmer and most decorated Olympian of all Time!

Michael Fred Phelps (born June 30, 1985) is the most celebrated athlete and the most decorated Olympian ever in the history of the sports. Phelps has created a whopping 39 world records, 29 in individuals events and 11 in group, to become the only swimmer ever to do so.

Nicknamed "The Baltimore Bullet” and “Flying Fish” the man created ripples in water at a tender age, he became the youngest player in 68 years to represent America in the Olympics and is now considered the greatest swimmer of all time.

He is a long course world record holder in the men’s 100, 200 and 400 meter Butterfly. He has won 82 medals in major international long course competition, of which 65 are gold, 14 silver, and 3 bronze.

He holds 26 Guinness World Record which predominantly is the most number of records for total number of accomplishments and victories in swimming.

Phelps grueling training regimen saw him spend 6 hours a day, 7 days a week, 365 days a year, for almost two decades. He never once missed a day of practice, unless injured.

Phelps : “One of the craziest things my coach tried to get me, when we first started to train together, not to say the word ‘can’t.’ So that I could broaden my mind and believe that I could do whatever I wanted to. And I think that was a key of us being so successful.” 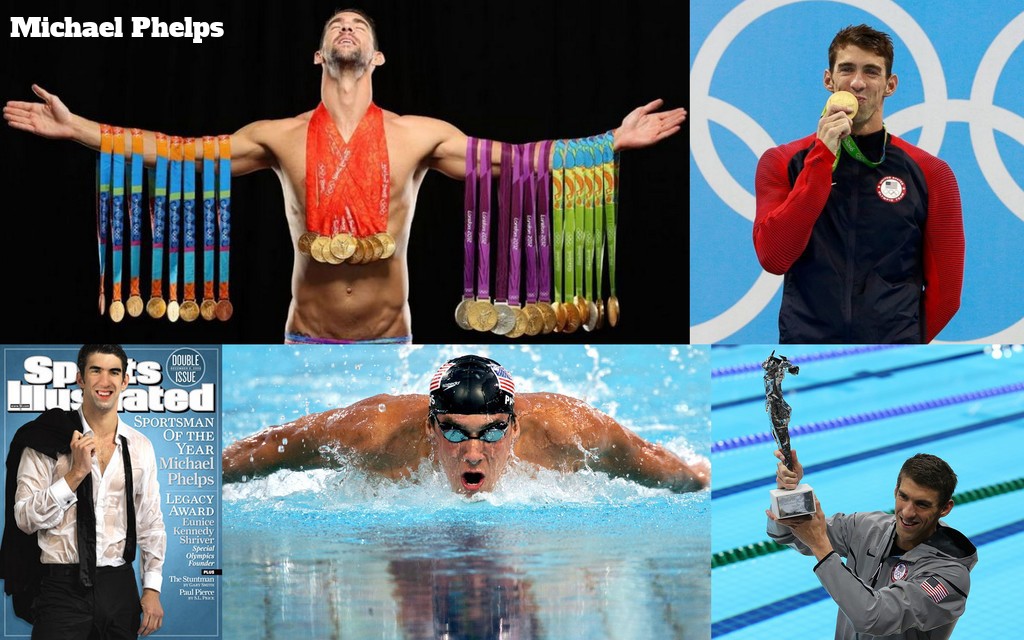 Michael Phelps is truly a phenomenal athlete and one of the best swimmers that the world has ever seen.

When there is a talk of conferring GOAT to any athlete in any sports, there is seldom consensus on a particular individual. But, In swimming the choice will be unanimous. That shows the caliber of Phelps.

One interesting tit-bit about him : He was diagnosed with attention-deficit hyperactivity disorder (ADHD) when he was in 6th grade. It’s a childhood brain disorder. In this case, the patient faces difficulty in staying focused and paying attention, difficulty in controlling behavior and over-activity.

I still remember the day when Michael Phelps broke many records in 2008 Beijing Games winning a lot of gold medals. I personally was not into swimming at that time but the news of his winning so many medals really took me for surprise. Despite not being interested , I took the time to read about him and his achievements , after all a single person winning so many gold medals (like a one man army) in a big game like Olympics, is no easy feat. I was quite impressed. PS- Recalling those memories, I used to think that, is he really a human or a robot in human skin.