Before women’s international soccer took a foothold, Lily Parr (born 26 Apr 1905) was a true pioneer. In 1919, the 14 yr old Parr started playing football and was a regular scorer for the Preston Ladies and Dick, Kerr’s Ladies in England. Parr played against both male & female teams and she reputedly had a harder shot than any male player.

In 1921 the England FA banned women from playing soccer on affiliated grounds saying, “the game of football is quite unsuitable for females and ought not to be encouraged.” Support for women's teams declined, but many women such as Parr continued to play on village greens raising money for charity.

Parr played her final game on 12 Aug 1950, aged 45, scoring 11-1 victory over Scotland. A Preston newspaper reported that Parr had tallied 967 goals out of the team’s total of 3,022 goals, a record unmatched to date.

Parr died in 1978 at the age of 73 to cancer, though she lived long enough to see England lift the ban on women’s football in 1971. 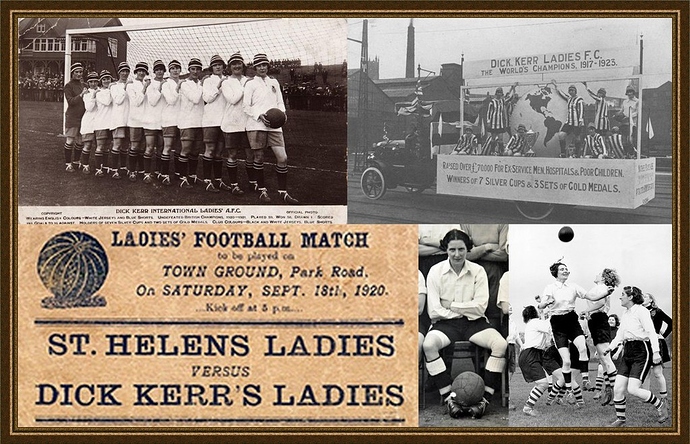 Women’s football is still struggling to get the same kind of or even 5% of popularity of what the other gender gets. We need more players like lily parr to raise the bar even higher

These are the kinds of path breakers needed to make headway for the particular sports. We need more of Lily Parr kind in other sports.

Women sports is yet to hold it’s own in the world except Tennis, Gymnastics and to some extent in Swimming & Athletics. May be in coming times we will see a change.