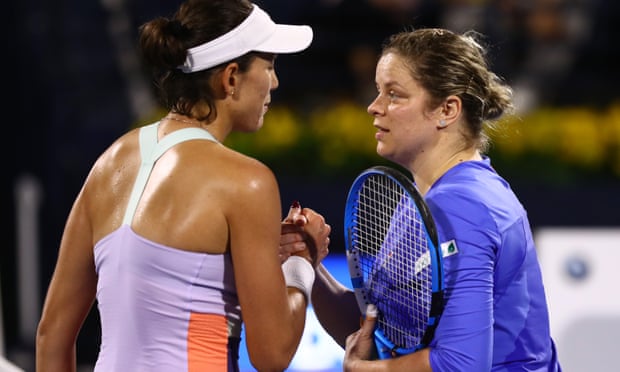 Kim Clijsters was returned to the WTA Tour after 7 years at the Dubai Tennis Championships.

Muguruza, runner-up at the recent Australian Open, defeated Kim 6-2 7-6 (8-6) in one hour and 37 minutes on Monday. Playing her first match since losing to Laura Robson in the second round of the US Open in August 2012, the Belgian was rusty at times as she racked up 10 double faults and gave up 15 break points.

However, Clijsters’ fight and impressive groundstrokes in the second set would have given her plenty of hope for the months ahead.

Clijsters is a four time Grand Slam Champion and a former World No.1.

A comeback after 7 years is by itself impressive! Although, she lost in Dubai, she seemed optimistic, promising fans of more to come. It will be interesting to watch her play in rest of the tournaments this year.

Former world No.1 Kim Clijsters fought valiantly in her first competitive match since 2012.