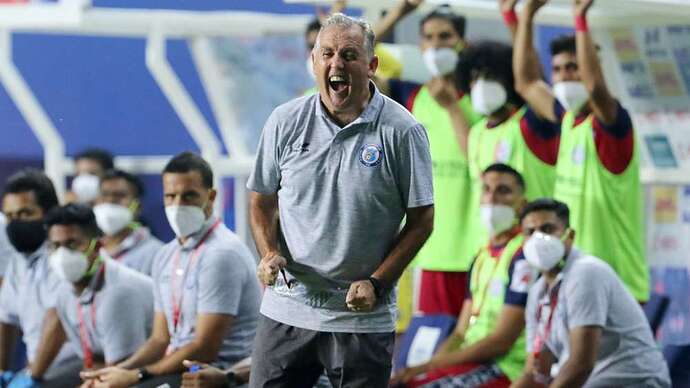 Jamshedpur boss Owen Coyle said that the goalkeeping error by TP Rehenesh in the second half cost his team.

After the game, head coach Owen Coyle blamed a lack of concentration for the loss.

"We were up for the game and I think because you get the extra man advantage, one or two lapses in concentration gifted the goals. (We had) numerous chances to score. 10 or 11 men, if you give away a soft goal, then you’ll be punished.

What we did is we switched off, there was a lack of concentration and individual errors. One or two players switched off. People tend to over analyse the situation. We tend to make mistakes and paid a heavy price for that," he added.

“I think TP has been outstanding this season. Ultimately, when a goalkeeper makes a mistake, that results in a goal. That has cost us a point tonight. But listen we will pick him up and we will go again. He needs to mentally strong and go again. As simple as that,” Coyle said. 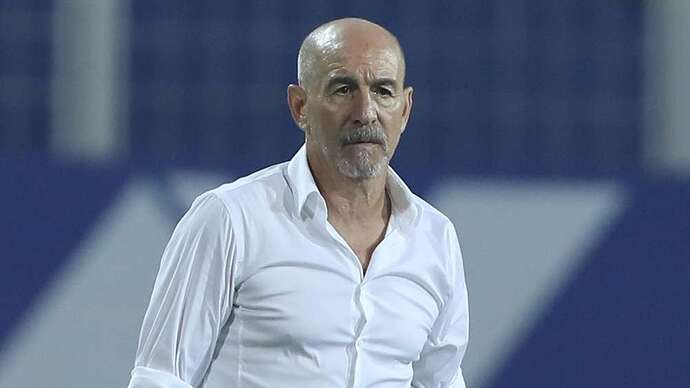 “I don’t think that Mumbai is a team that only attacks. They have good progressional play and counter attacks [too]. It’s very difficult to stop their team because they always play forward but I don’t think it’s a match between attacking and defending because football is a game of attacking and defending. Both teams have transitions from one side to the other,” he continued to explain.

“The importance of a match depends on the moment. Now it’s a match between the first (Mumbai City) and second teams [on the table]. Maybe two or three weeks later, the match may not have the same importance but the idea is to continue playing in the same way to get three points [in every game].” 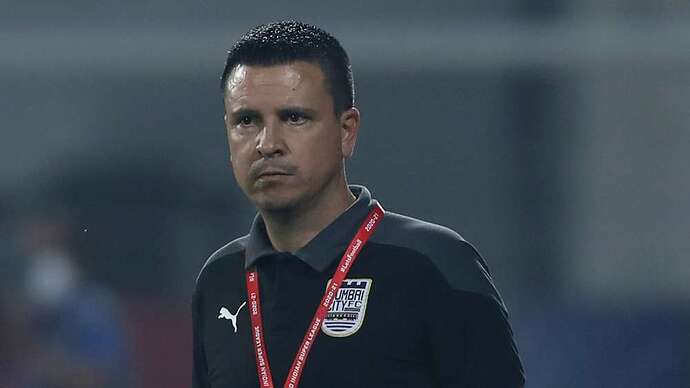 Mumbai City coach Sergio Lobera called for focus from his side ahead of their Indian Super League (ISL) tie against ATK Mohun Bagan on Monday. Both teams are neck-to-neck at the top of the table, with the Kolkatan outfit (20 points) trailing by just two points.

Lobera felt that the standings do not really matter at this stage, with more than half of the season still left to be played. However, he feels that playing against ATK Mohun Bagan will be a test of his team’s mettle.

"I think it’s going to be an important game but not crucial. It’s just half of the competition and in this league, everything can change in a short time. Sometimes you have three games in seven days and the most important thing is to keep our focus on improving ourselves.

“Tomorrow’s game is a good test for us but it’s [to get] three points more against a very good team,” he said. 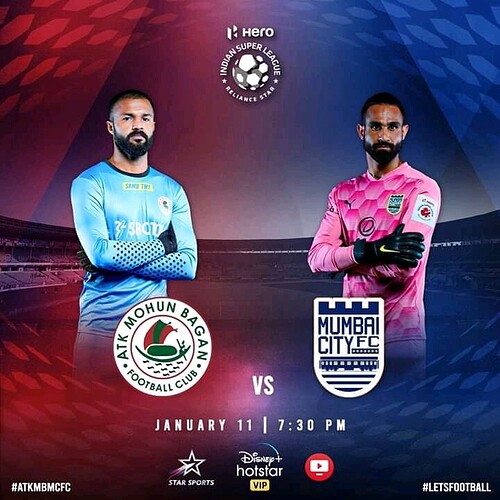 The eleventh matchday of the ISL 2020-21 will pit the top two sides, ATK Mohun Bagan and Mumbai City FC against each other. The thrilling clash will take place at the Fatorda Stadium in Margao.

ATK Mohun Bagan come into this encounter with a five-game unbeaten streak. Head coach Antonio Habas’ side has recovered in impressive fashion after its loss against Jamshedpur FC.

ATK Mohun Bagan have looked in fine touch in all the departments so far. The defense has notched up four clean sheets in a row, taking their overall tally to seven for the season.

Mumbai City are the current league leaders of ISL 2020-21. They have notched up 22 points from nine matches in a fantastic display so far. The Islanders have won seven matches, and have drawn and lost just once each.

Sergio Lobera’s side has been one of the most productive sides in the league with a talented midfield at its disposal. Ahmed Jahouh, Rowllin Borges, and Hugo Boumous are the key creators in the middle of the park for the Islanders.

Mumbai City FC have the best shot conversion rate in this season of the ISL (23.2%). They have scored 16 goals from their 69 total shots. Daunting. 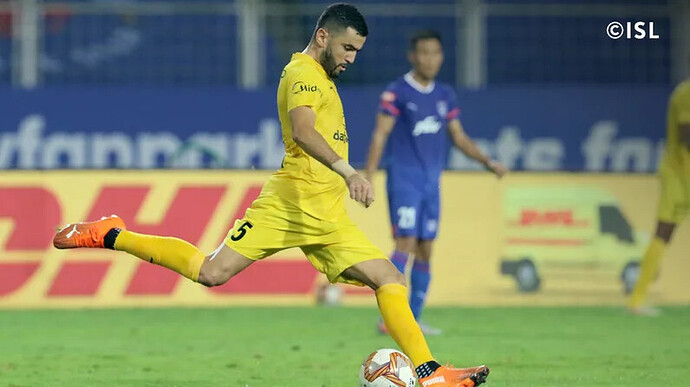 Among strikers with a minimum of five goals in this season of the ISL, ATK Mohun Bagan FC striker Roy Krishna has a big chance conversion rate of 75%; only FC Goa Igor Angulo has a better percentage (80%). Lethal. 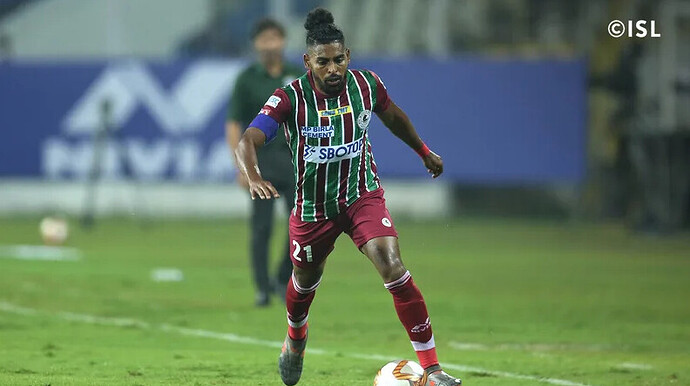 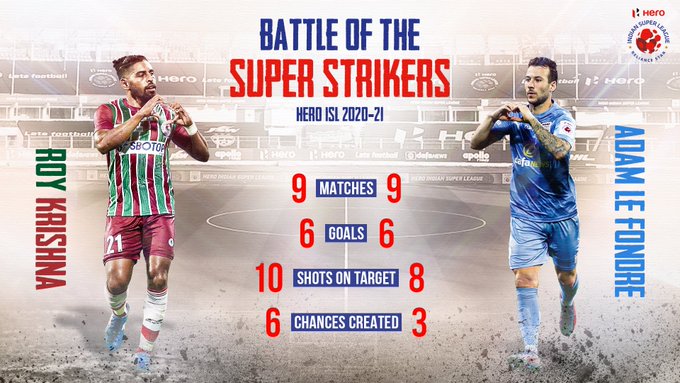 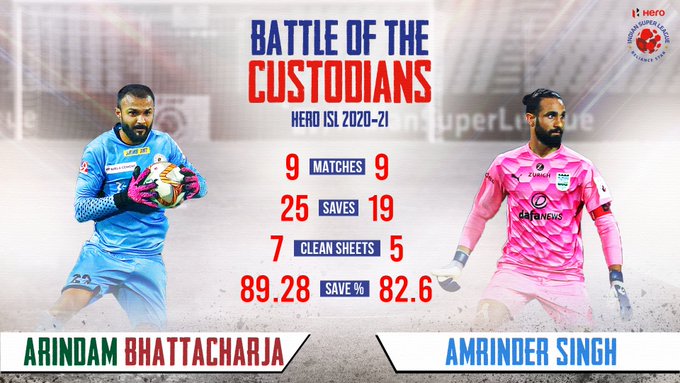 The 36-year-old former FC Barcelona graduate will arrive in Goa immediately and undergo the mandatory quarantine procedure before joining the squad. Lanzarote’s acquisition comes on the back of CFC captain Rafael Crivellaro being ruled out for the rest of the season following an ankle ligament injury he suffered against ATK Mohun Bagan on December 29, 2020. 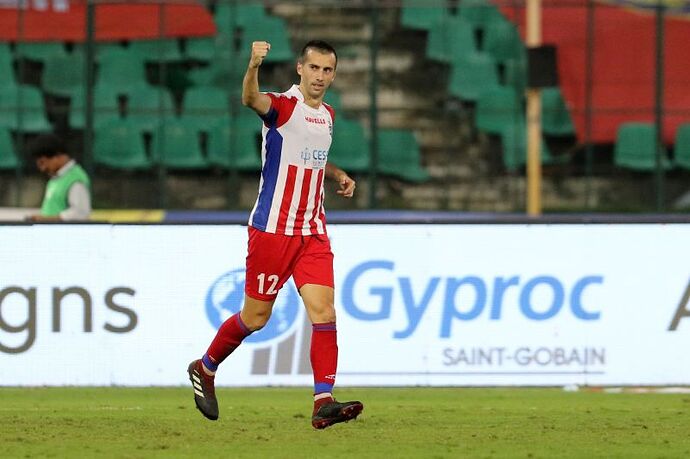 Look forward to an exciting game! 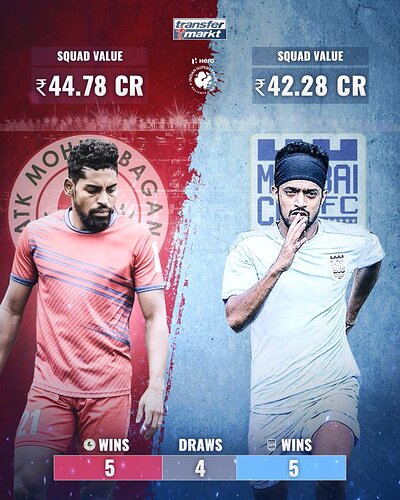 Mumbai City FC’s possession of 75% in the first half against ATK Mohun Bagan FC is the best a team has achieved in that period since the 2015 season in the Indian Super League. Dominating. 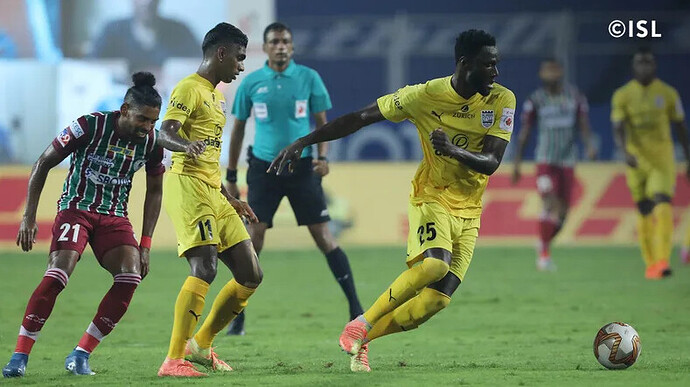 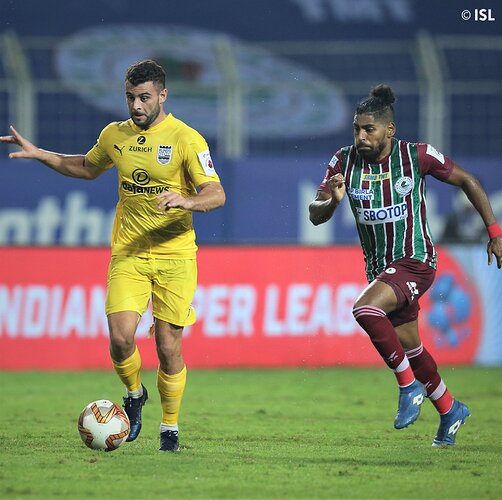 There are few matches where analytical brain just not work. Nothing much to mention. Both the team really played well. And I am upset. I knew that MCFC is the best till now. But being a ATKMB fan I hoped that things can alter. Actually few close chances were there for ATKMB. But there are few days when nothing actually works. Ogbeche brilliant. Remember this day. Payback will be there. #joymohunban

Mumbai City FC have equalled their record of remaining unbeaten in nine games (W8 D1) in the ISL which they also achieved previously in the 2018-19 season. Streak. 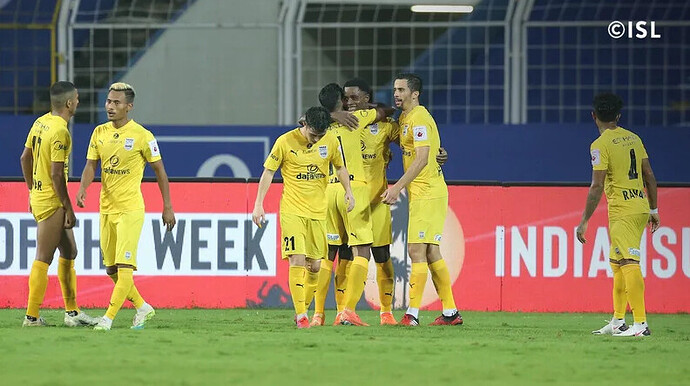 Mumbai City FC defeated a very game ATK Mohun Bagan side in tonight’s contest at the Fatorda. Both teams came out strong and created chances but the goalkeepers stood their ground and kept out everything that was fired at them. The 2nd half saw a lot more drama and excitement as the teams upped their intensity. A magical build up play from Mumbai City FC led to Hugo Boumous supplying a world-class assist to Bartholomew Ogbeche, who scored the lone goal of the game. Sergio Lobera’s side picked up the 3 points and increased the gap at the top of the table! 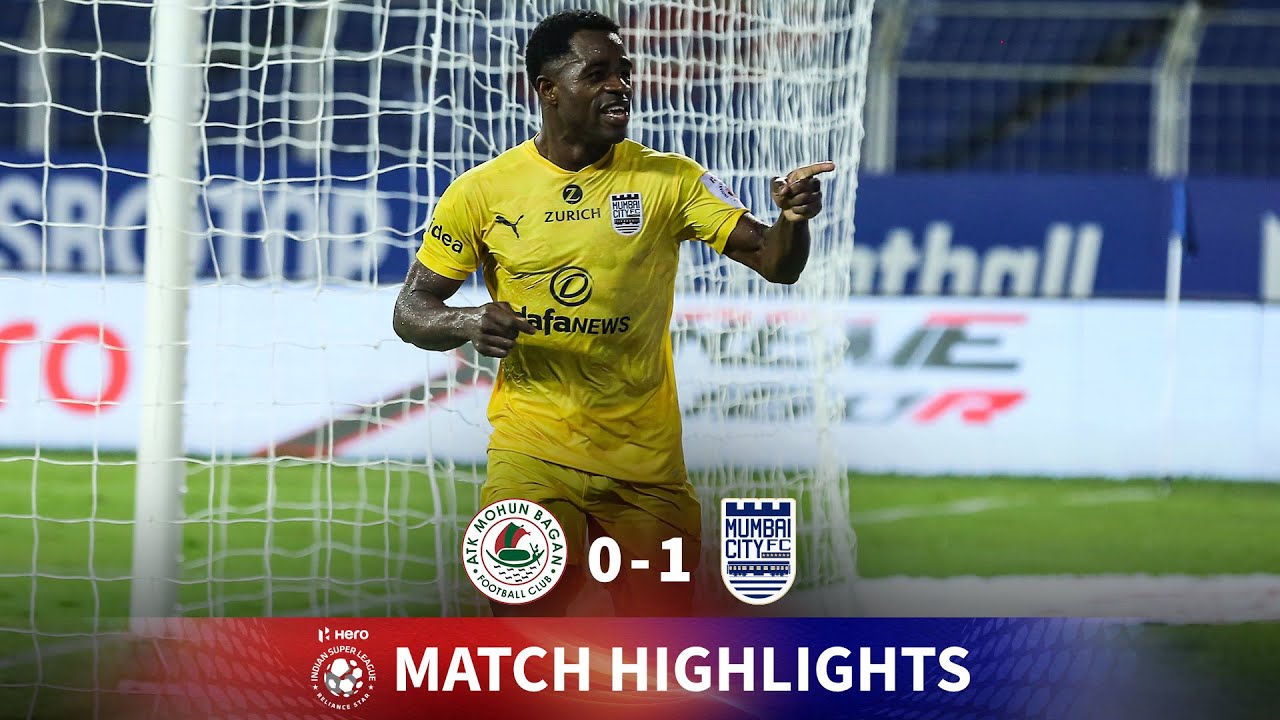 Hero of the Match - Bartholomew Ogbeche 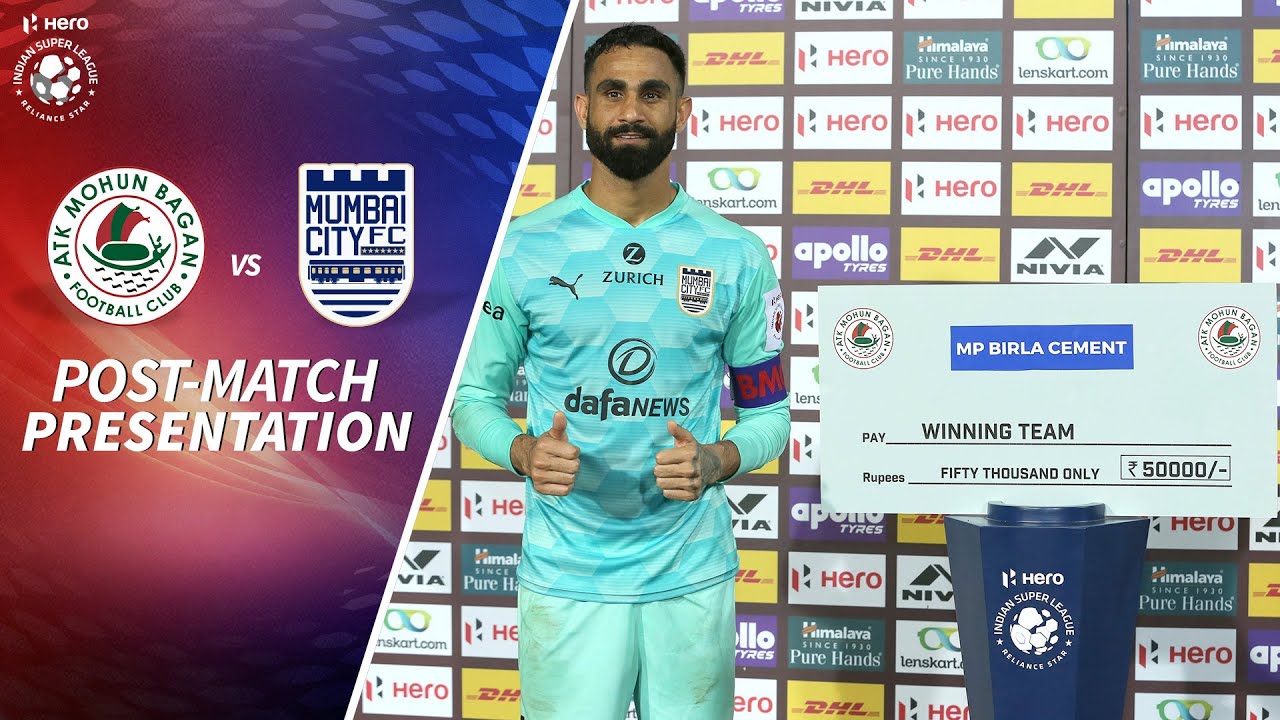 What was the tense heated moment towards the end between the ATKMB goalkeeper and Mumbai City player? 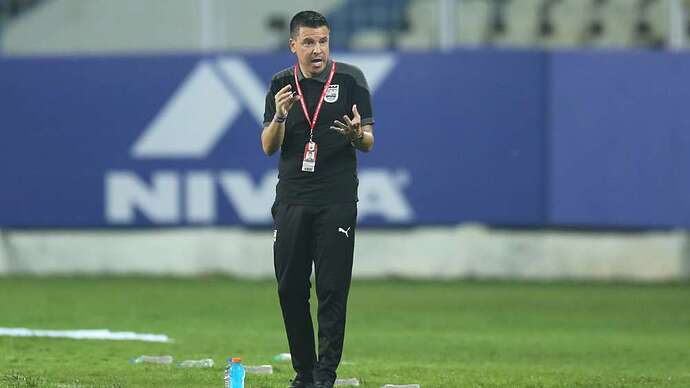 Mumbai City extended their unbeaten run to nine matches with a 1-0 win over ATK Mohun Bagan at the Fatorda Stadium in Goa on Monday.

The Islanders are now five points clear of the Kolkata giants at the top of the Indian Super League (ISL) table after 10 rounds of games.

Mumbai City head coach Sergio Lobera said that his side worked hard against the strong backline of ATK Mohun Bagan and he is happy with their performance.

“We are only in the first half of the season. We need to play 10 more games. We need to continue improving. My wish is to try and win the trophy” 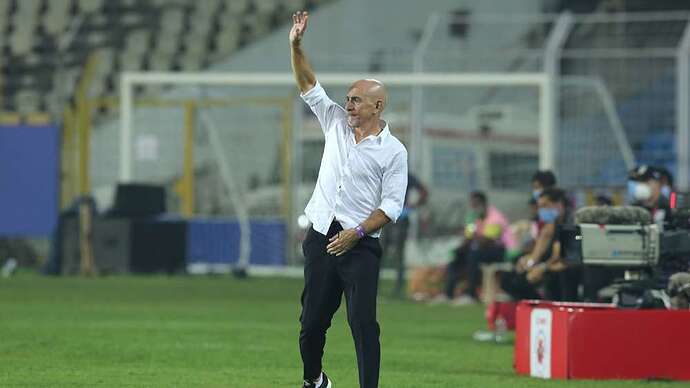 ATK Mohun Bagan suffered their second defeat of the season as they went down 0-1 against table-toppers Mumbai City in an Indian Super League (ISL) clash on Monday.

I didn’t see much of a difference between Mumbai City and ATK Mohun Bagan today. They got two chances and we got two chances. I am very angry with the team’s performance in the first 45 minutes. The team did not find the pace to play but in the second half we improved and maybe we could have scored an equaliser.

“The idea was to press high from the first minute but they didn’t understand and did not press high. The team didn’t play well but I don’t remember more than one chance of Mumbai in the first half,” said Habas after the game.

The two-time ISL-winning coach did not like Mumbai City’s decision of continuing the match and then scoring from that move after Edu Garcia had gone down due to an injury and he called it unfair.

“When the move happened we were a man down. Edu was down on the ground and they should have kicked the ball out but they continued and scored when we had one player less. It was not fair play and it wasn’t good for us,” said the Mariners’ boss.