We’re now at the final Matchday of the first half of the Indian Super League
and it features some huge matches.

The main attraction features the two top teams – ATK Mohun Bagan and Mumbai City – while another intriguing clash will see encouraging-starters but current-strugglers Hyderabad FC and NorthEast United square off. 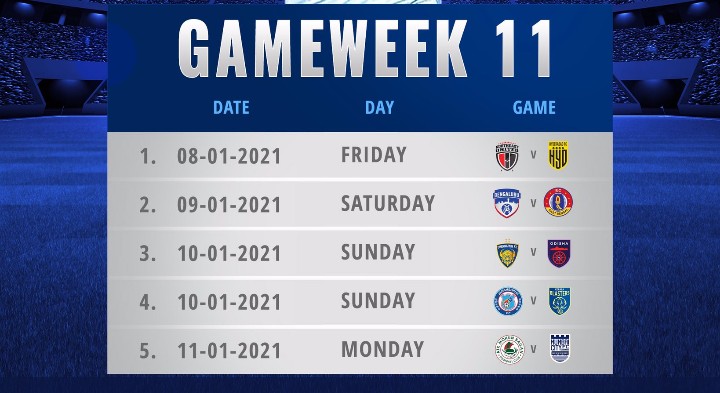 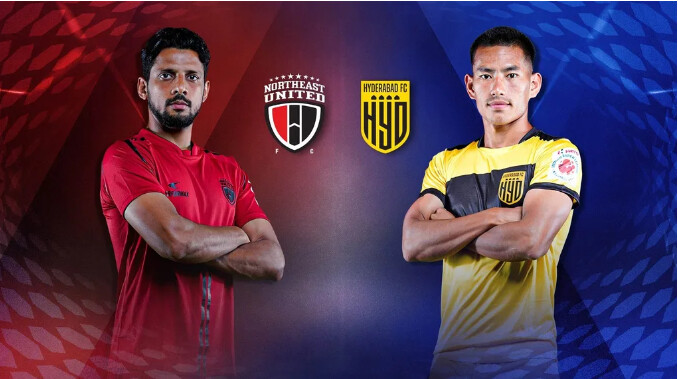 Hyderabad FC will look to carry the momentum of their thumping victory over Chennaiyin FC into their 2020-21 Indian Super League ( ISL) game against NorthEast United FC at the Tilak Maidan Stadium in Vasco on Friday. Meanwhile, after a strong start to their season, the Highlanders are now winless in five matches following their loss to ATK Mohun Bagan and will hope to end this streak against Hyderabad.

Sharing his thoughts ahead of their encounter, Hyderabad head coach Manuel Marquez said, "The other day we won 4-1 after three consecutive defeats. Now, after we won 4-1, they say we scored four goals and Aridane (Santana) didn’t score. Now NorthEast, they started with two wins and four draws but they didn’t win the last five games but it’s the same answer (for them). I think NorthEast can win this game and so can we.”

Meanwhile, NorthEast United have failed to maintain the spark that made them one of the teams to look out for at the beginning of this season. Although they have been defensively solid, their attack has not been very consistent and injury to Kwesi Appiah has made things worse. The Highlanders scored 8 goals in their first five games, however, in their last four games they have hit the back of the net just twice.

“We know that Hyderabad FC have a fantastic squad. Aridane is always a threat on top and they play in different systems. (Halicharan) Narzary and (Mohammed) Yasir are excellent. They are good with the ball. We have to be at our best. We will go with full commitment to get the three points, but with utmost respect as well,” said NorthEast United head coach Gerard Nus ahead of the game.

NorthEast United (11) and Hyderabad (12) are separated by only one point before they face each other in an Indian Super League (ISL) encounter at the Tilak Maidan in Vasco, on Friday evening. 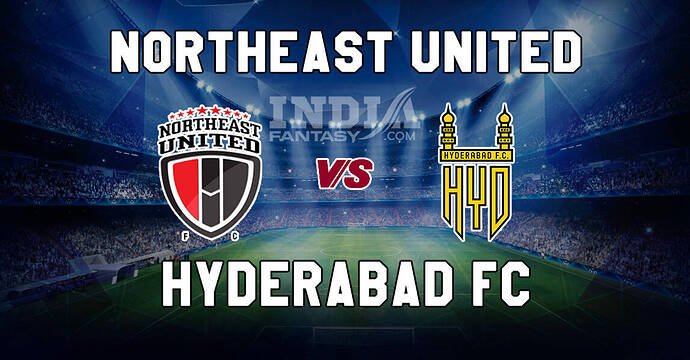 The action in the ISL continues in the eleventh game-week as NorthEast United FC take on Hyderabad FC. The clash between the two mid-table teams takes place at the Tilak Maidan.

Northeast United come into this match on the back of a loss against ATK Mohun Bagan. It was their second defeat in the past three ISL fixtures.

With no victories in their previous five games, the Highlanders have slipped down to the seventh point on the ISL points table. They had been unbeaten for the first six matches of the competition but have seen a dip in form in recent games.

Hyderabad FC continue to be one of the surprise packages of ISL 2020-21. After losing three matches in a row to Mumbai City FC, Kerala Blasters FC, and FC Goa, the Nizams bounced back in their last match.

Stats at the beginning of Match Day 11 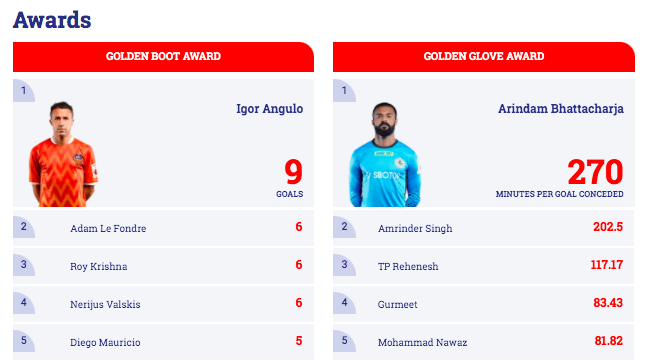 Fans’ Goal of the Week - Nominees Round 10

A magical run and finish, 3 thunderous strikes, and 1 wonder strike are our choices for Fans’ Goal of the week for Round 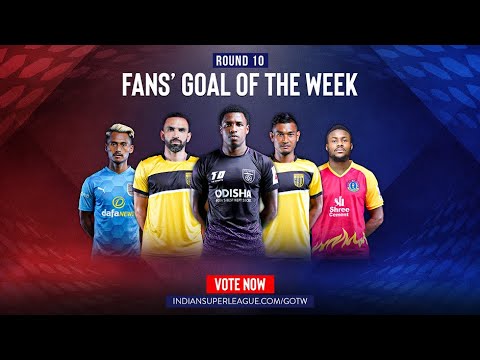 Who gets your vote for Round 10?

Northeast United and Hyderabad faced off twice in the league stage last season. Both teams won a game each.

Who will come out on top tonight? 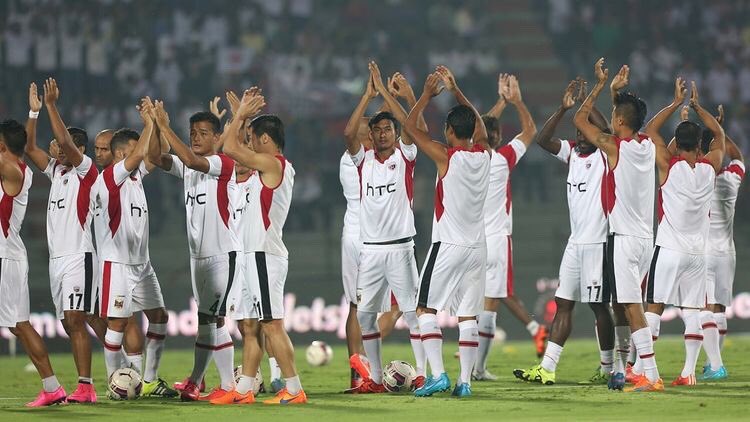 NorthEast United (36.5%) and Hyderabad FC (36.8%) have the worst shooting accuracy amongst all teams at the end of MD10 in the league.

They face each other today. 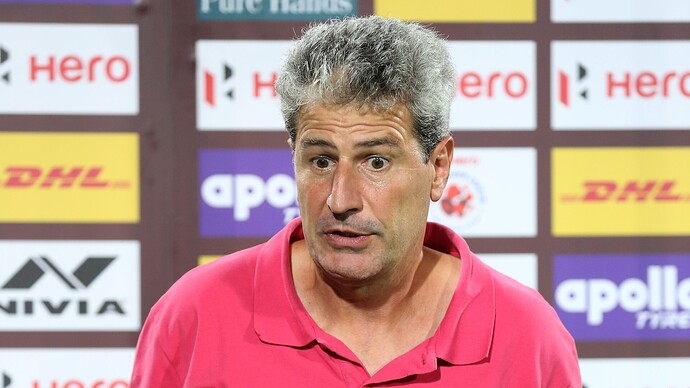 changes to his NEUFC side, while Hyderabad make 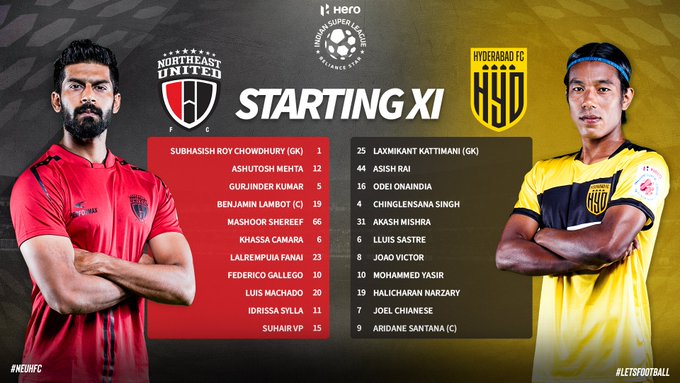 Aridane Santana scores his sixth goal of the ISL season to put Hyderabad FC ahead! 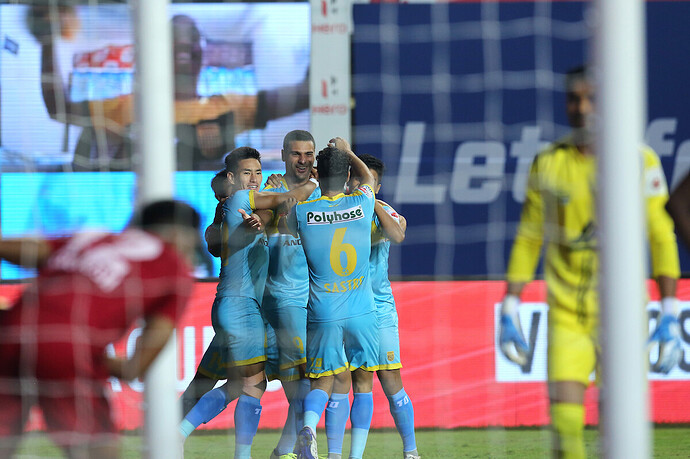 scored by Hyderabad in the ISL. Here’s the top 4 quickest goals for the club

Northeast United get back into the game in the dying seconds of the first half after Hyderabad took a 2-0 lead! 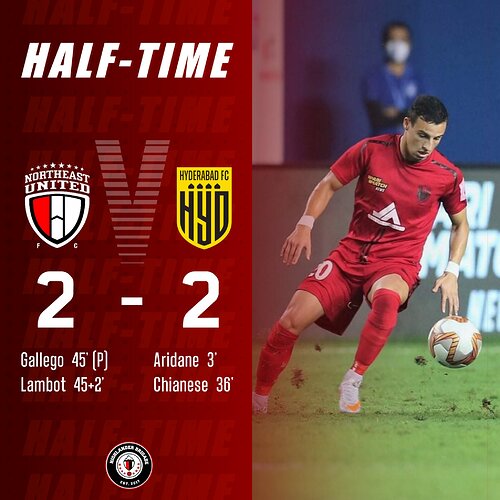 123 goals have been scored in the ISL this season. 23 of those were in the last 5 minutes of either half or in the added injury time.

That’s 18 matches out of 51 in which goals have been scored in the last 5 minutes of either half or in the added injury time. 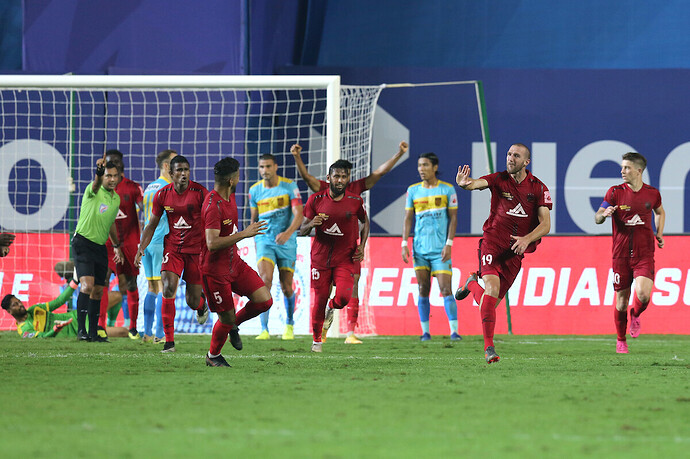 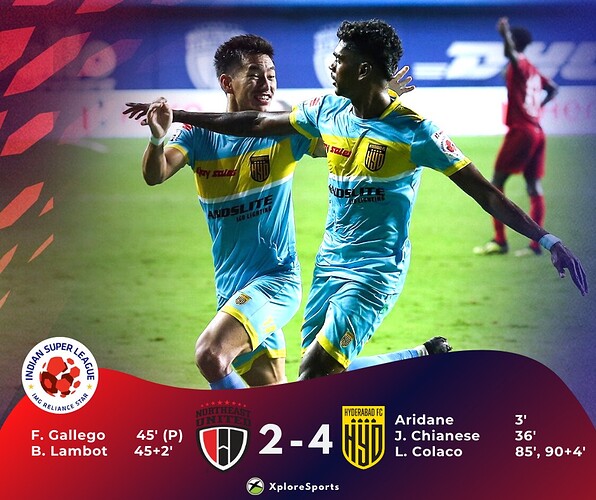 123 goals have been scored in the ISL this season. 23 of those were in the last 5 minutes of either half or in the added injury time.

That’s 18 matches out of 51 in which goals have been scored in the last 5 minutes of either half or in the added injury time.

Make that 24 out of 125 goals scored in the last 5 minutes of either half or in extra time.

What a game! Back-to-back wins for Hyderabad FC!

Liston in the post-match show, “Important goals and important win for us to continue. This goal is something I have been trying in training but it was’t coming off. So I have been trying hard in the practice. I prefer playing on the left wing.”

"We wanted to win. We had a plan on how to defend and attack but we were’nt good enough. Good spirit to make a comeback and good timing with the comeback. Same against Odisha, we didn’t get enough goals despite creating chances. We have to keep working and be clinical to score goals. That’s the hardest thing to do in football. [On Fox’s sub] Machado, Mashoor had yellow so thats why I got him and only five foreigners can play. Fox can also be useful in scoring from set pieces. I am not unhappy with the subs I made. We know Ashutosh is good going up and that makes our team unpredictable. We have different options on both sides.

It’s a young squad and we are developing players. We are giving them chances and we are in a right way, I don’t think we deserved to lose but that’s the way it goes. We need to plan and prepare for next game. I think both are very good goalkeepers. Gurmeet is young and has time on his side. They aren’t miles off each other in terms of level."

"It’s not normal to score four goals in back to back games. We know we have good players in offense. Aridane, Joel and Liston scores, finally. I love this guy. I am happy he scored this season. We lose control with penalty and the corner in the end of the first half.

In second half, we attacked more than NEUFC and scoreline was fair. [On getting morale up for 2nd half] I was very angry with some details but the performance of the players were good. You cannot lost the concentration. I told them we had to play another 45 minutes with score at 0-0. [Fitness level] This will be the normal thing until end of season.

Yesterday, Nishu got injured and its difficult. Lets see. Now we can rest until 16th. But between 16th and 28th February we have to play 10 games but its the same situation for both teams. In second leg of season, I need to use more players if we have to be fresh at the end of the competition."

Hero of the Match, for bagging an assist and a goal, is Joel Chianese 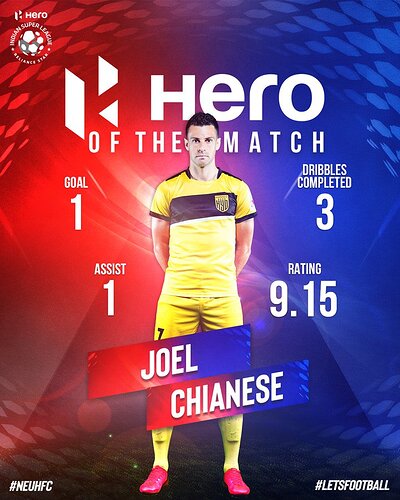 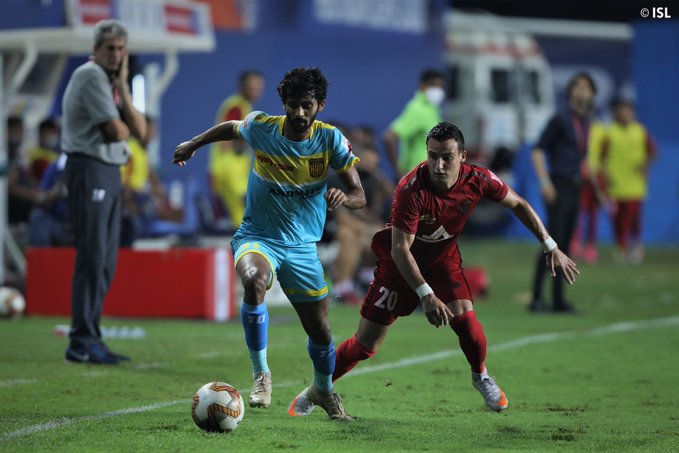 This is the first time since Hyderabad made their debut in the Indian Super League they have scored four goals in two consecutive matches. Raining. 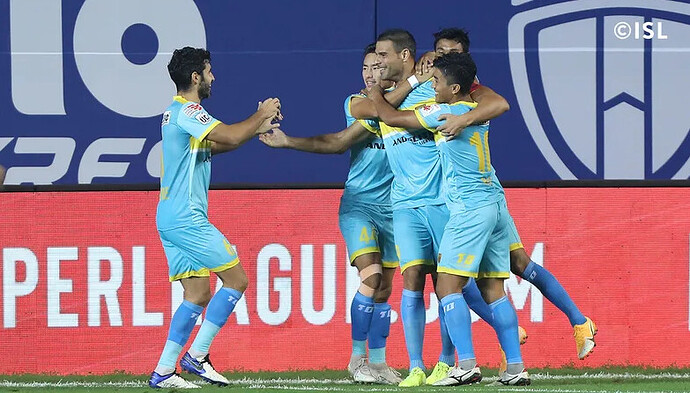 Today’s win take Hyderabad FC into the Top 3, Seven points behind leaders Mumbai City FC who has a game in hand while the defeat means North East United FC are in 7th position and could drop down to 8th after this weekend rounds of game…Here is how the table looks like after tonight’s enouter… 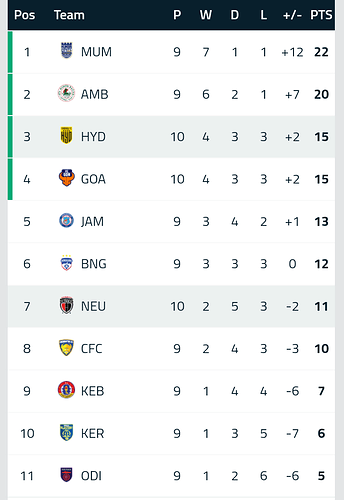