It will be the first time since 2011 that 10 teams be fighting it out for the most coveted T20 trophy in world cricket.

The 15th season of the IPL, dubbed IPL 2022, is set to begin in Maharashtra from 26th March 2022 with 55 games in Mumbai and 15 in Pune. Four stadiums have been identified for the league, with the break-up of the games being 20 at the Wankhede, 15 at Brabourne Stadium, 20 more at DY Patil Stadium and finally 15 at Maharashtra Cricket Association (MCA) ground in Pune.

The number of games have been increased to 74 from 60 with the addition of new teams, extending the IPL window to over two months. All teams however will play 14 games each like in the past.

The IPL 2022 final match will be played on 29th May 2022 in Ahmedabad, Gujarat. For sponsorship reasons, this season will be known as Tata IPL 2022. The opening match will be played between CSK Vs KKR (last year’s finalists) on 26th March 2022 at Wankhede stadium Mumbai.

Ahead of the World Cup to be played in Australia later this year, the IPL will also decided fate of a few Indian players.

Share live updates of this IPL season and join the discussions. 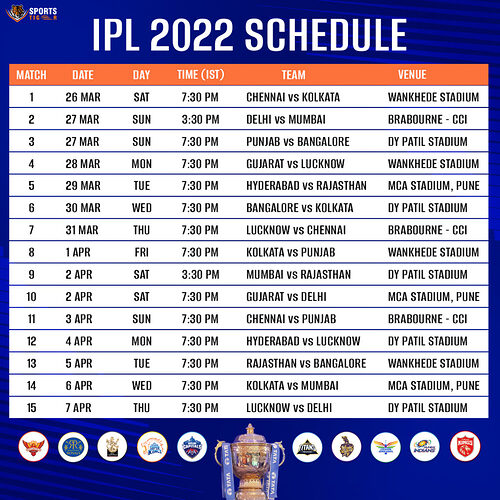 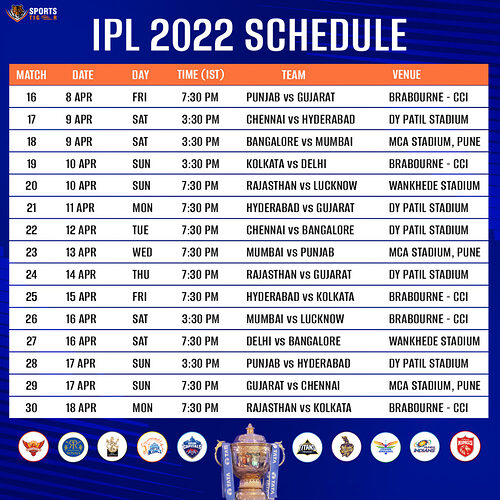 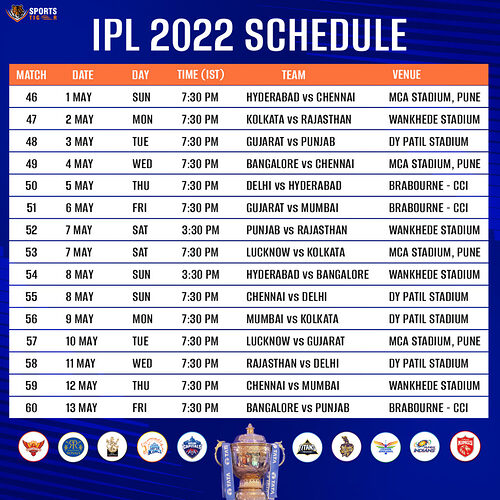 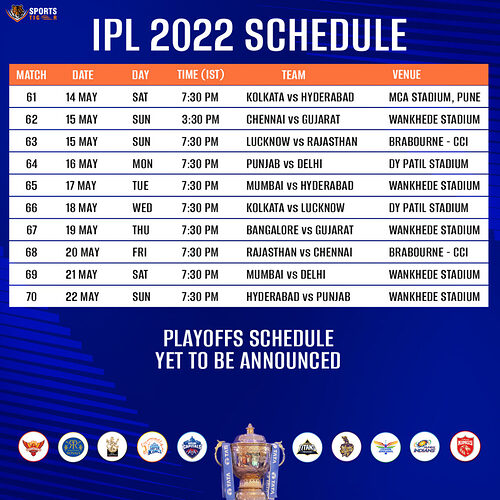 The 10 IPL teams have been divided into two groups for this year’s edition of the tournament. Each team will play twice against all the other sides in their group. They will also cross swords twice against one of the teams from the other group but will play the remaining four sides only once. 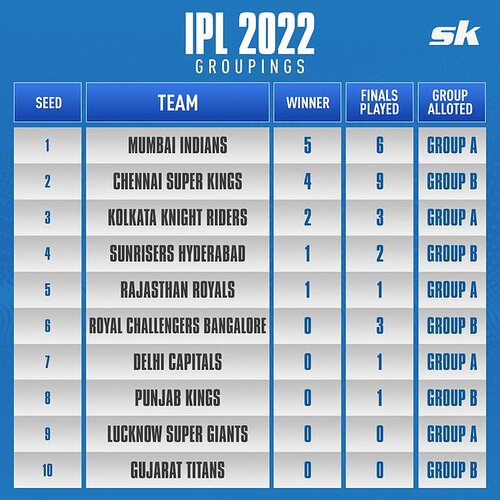 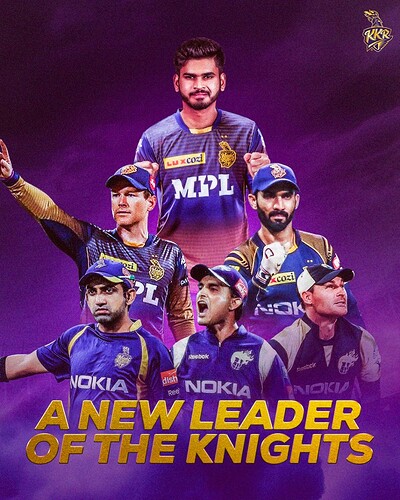 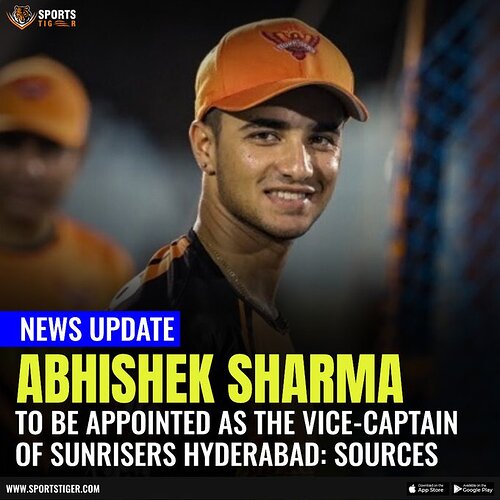 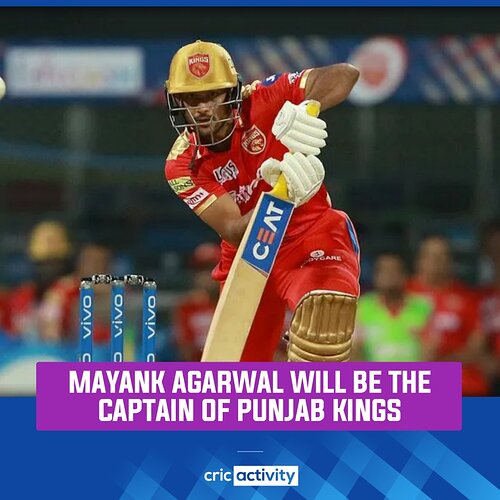 MS Dhoni has decided to hand over the leadership of CSK & picked Ravindra Jadeja to lead team.

Jadeja, who has been an integral part of the Chennai Super Kings since 2012, will be the third player to lead CSK. Dhoni will continue to represent CSK this season and beyond, read CSK’s official statement. 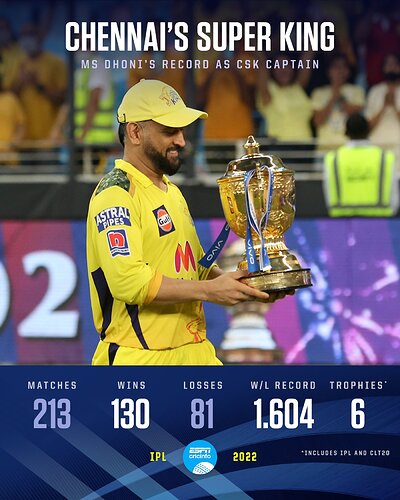 Group A will be led by five-time champions Mumbai Indians, who are the top overall seeds, while four-time winners Chennai Super Kings, will lead Group B with the No. 2 seeding. 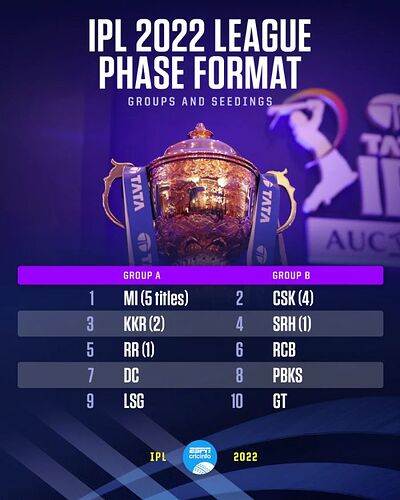 The clash of new captains 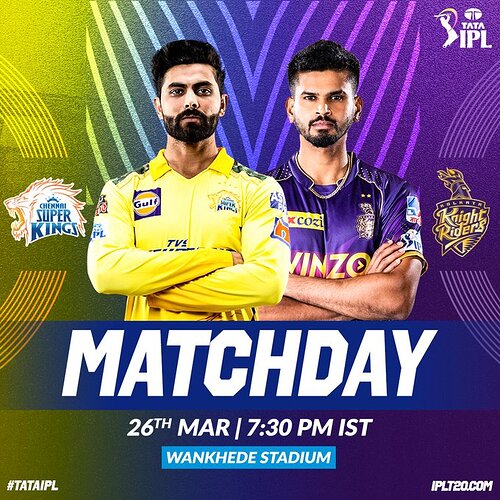 Both teams will have fresh LINE-UPS. KKR misses out on Shubman Gill and Rahul Tripathi. CSK will be without Du Plessis who after IPL Auctions have moved to other teams.

Who are CSK missing for 1st match?

Who are KKR missing? 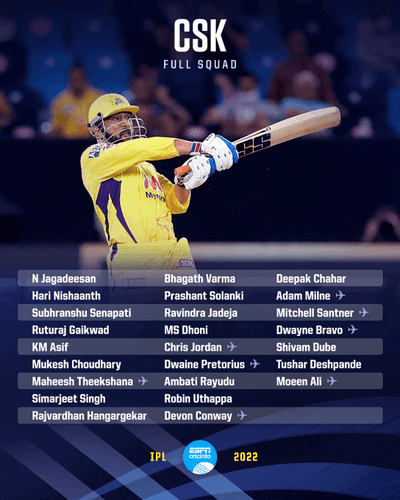 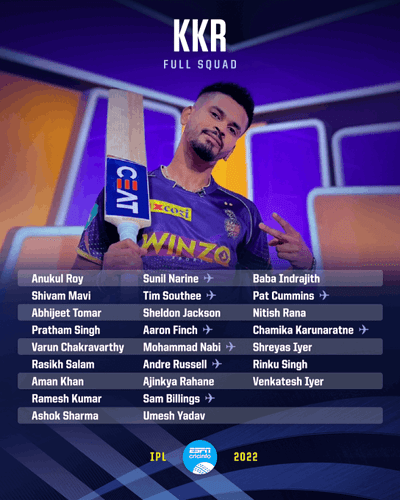 CSK vs KKR - Stats that matter

Most runs in CSK-KKR matches in IPL:

CSK vs KKR Head to HEAD

Chennai Super Kings have maintained a healthy lead against Kolkata Knight Riders over the years. 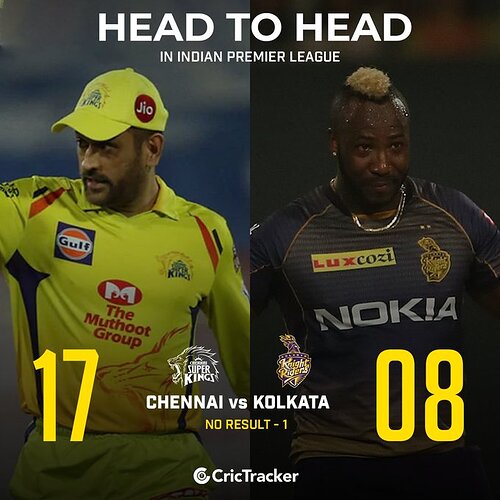 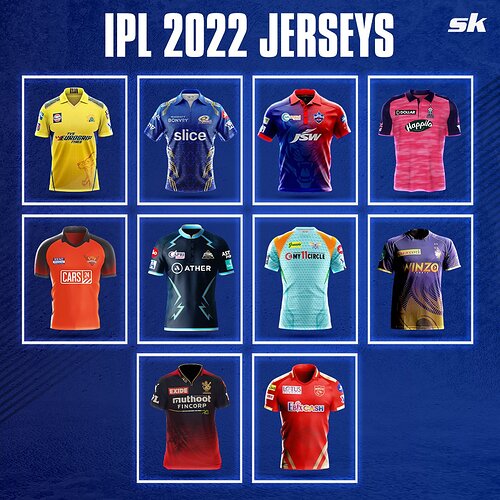 KKR are going in with just three overseas players on opening night. 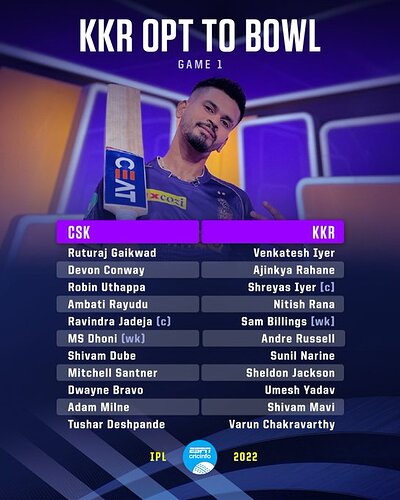 Most matches before captaincy debut in IPL: