The 14th edition of the IPL kicked off on Friday April 9th, 2021 in Chennai. IPL 14 will be played in India as the 60 matches will be played over 52 days across six venues in Chennai, Bengaluru, Mumbai, Delhi, Kolkata and Ahmedabad.

The newly renovated world’s largest stadium in Ahmedabad will host the playoffs and the final, which will be held on May 30. The home advantage is taken away from all of the eight teams as every team will play all their 14 games on neutral venues.

Week 1 saw 8 matches being played with RCB on top of the table with 4 points at the end of Week 1 having won both the matches. 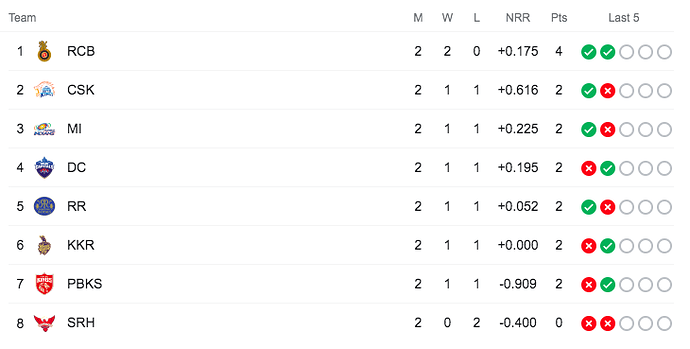 In this thread, we will be covering 8 fixtures of Week 2 from 17 - 22 April 2021 with the first double header played on Sunday. 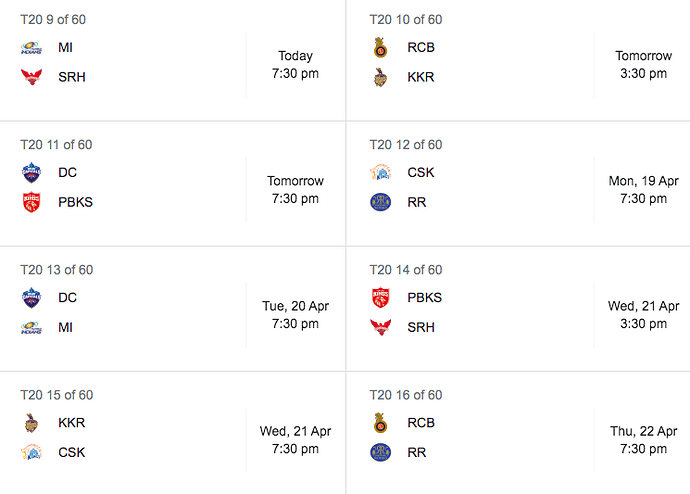 Match 9- MI vs SRH in Chennai

Sunrisers Hyderabad who have lost both their matches so far take on the Mumbai Indians at the MA Chidambaram Stadium tonight.

Can David Warner’s orange team defeat the defending Champions and mark their presence with a bang? 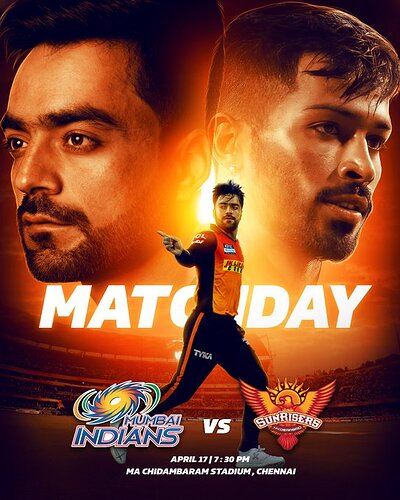 Will Arjun Tendulkar get a chance against Hyderabad in Mumbai Indians Playing XI today? 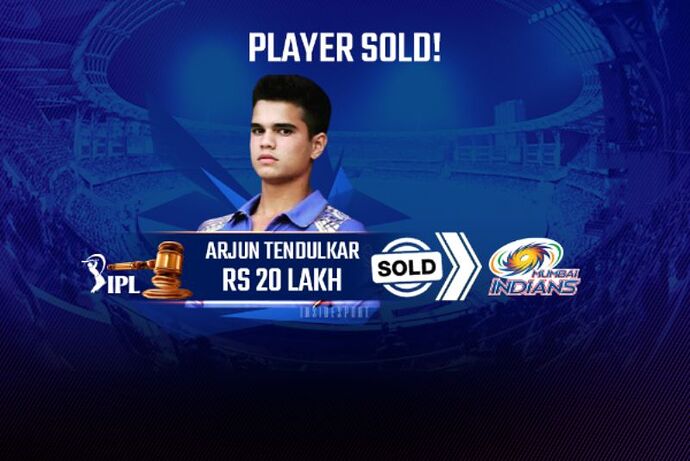 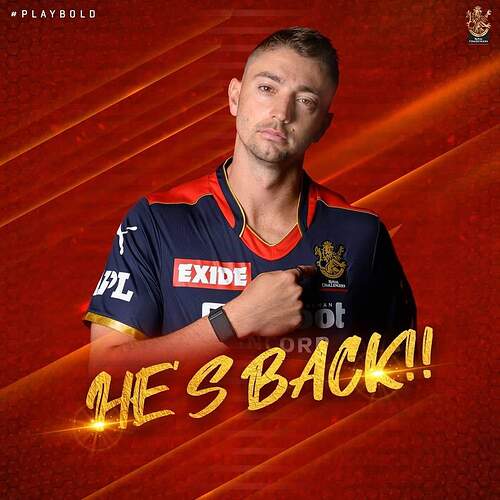 Mumbai Indians have won the toss and have opted to bat. 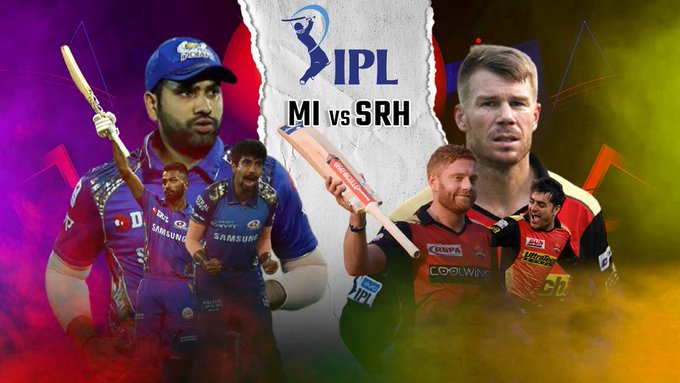 SRH IPL performance in past seasons 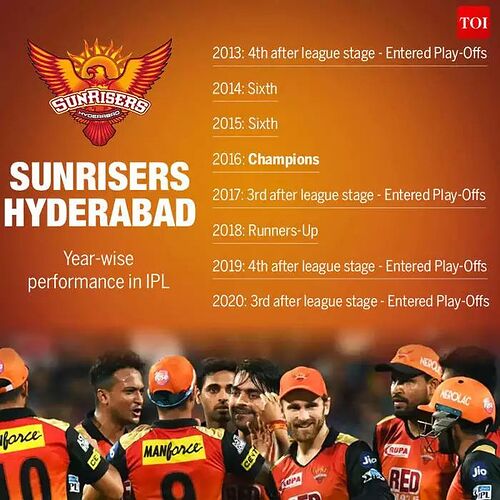 Lack of batting depth a worry for SRH

Chasing has been Sunrisers’ achilles’ heel in the first two matches, once again bringing under scanner, their lack of depth in the playing XI and below-par Indian bench strength. For skipper Warner, there are some serious questions about the choice of the playing XI, which many believe hasn’t been well thought out and the results also back that assessment.

SRH Skipper David Warner has scored the most runs since the beginning of the 2015 IPL season (3,348 runs); he is also the batsman with the best average in the competition across that period (52). Class

SRH vs MI Head to Head. 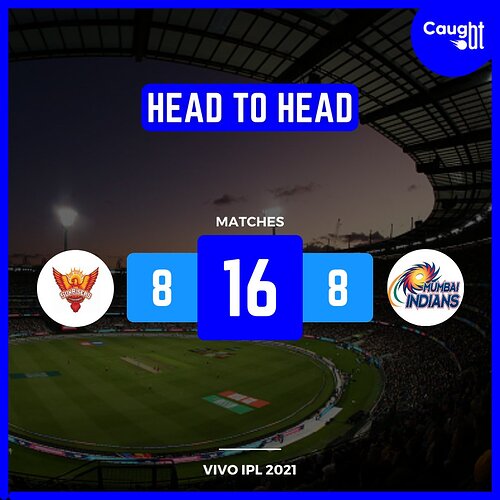 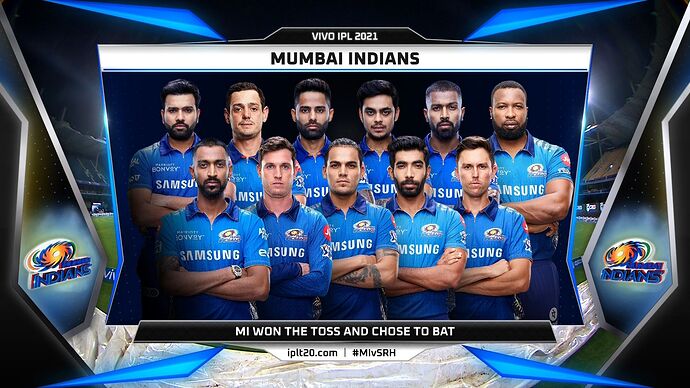 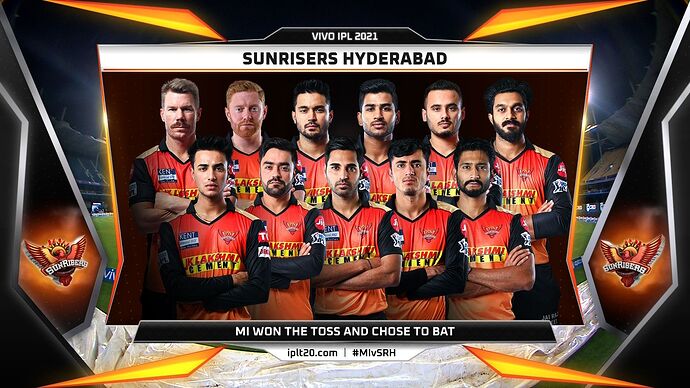 This is the same wicket as that of the first match of this season’s tournament. The wickets in Chennai can be described in two phases

It’s a bit of a conundrum to the captains on winning the toss, but there could be a change of strategy. 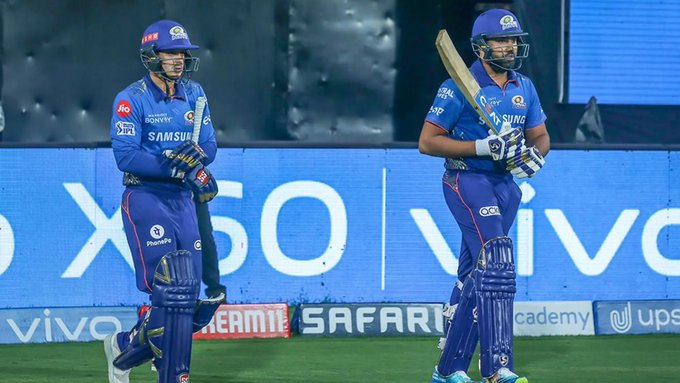 Breakthrough for Sunrisers and Rohit falls for 32.

The HITMAN is on song here 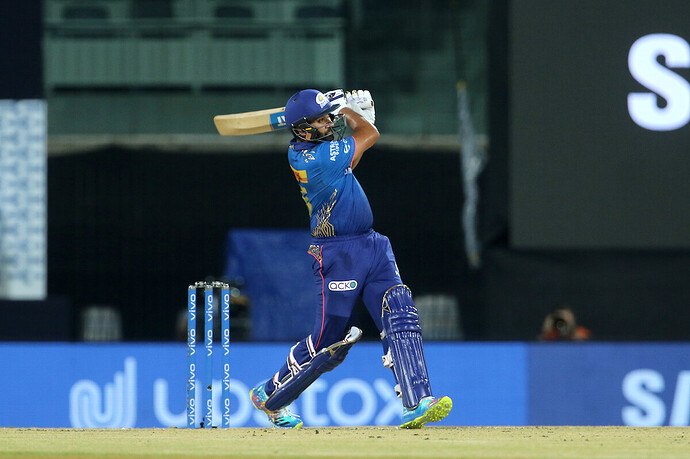 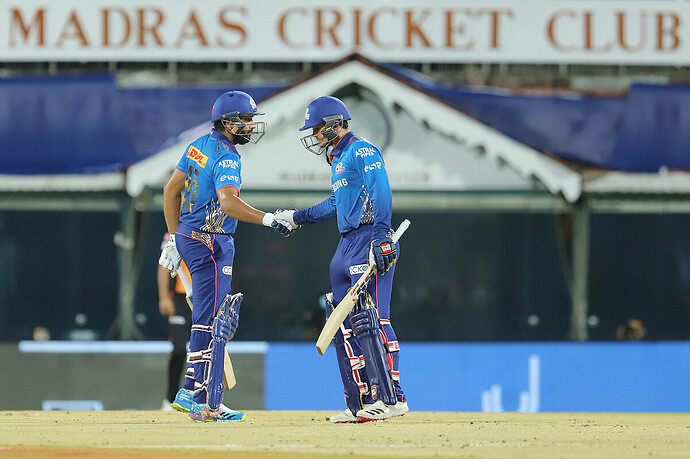 Vijay Shankar strikes in his first over as Rohit Sharma departs for 32. 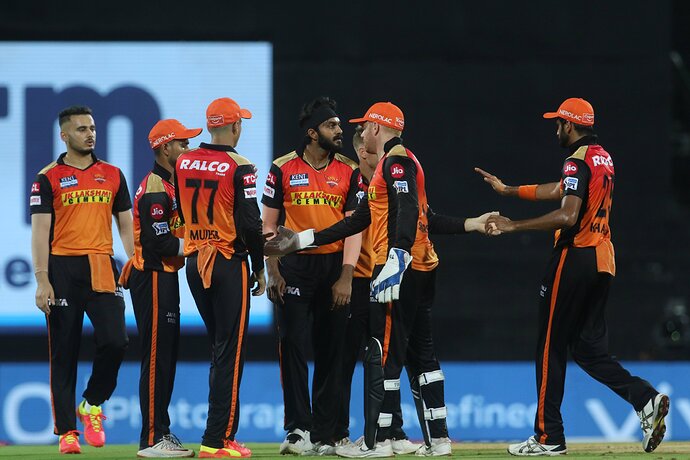