Sunrisers Hyderabad face Kings XI Punjab in Match 22 of the Dream11 IPL 2020 and both teams will be eyeing a winning return at the Dubai International Cricket Stadium.

SRH and KXIP have four and two points each against their name from 5 matches. While SRH lost their first two games of the season against Royal Challengers Bangalore and Kolkata Knight Riders, they bounced back and won two games in a row, beating Delhi Capitals and Chennai Super Kings. However, the David Warner-led side could not complete a hat-trick of wins following their defeat against Mumbai Indians.

Coming to KXIP, they will be seeking to break the three-match losing streak. While KXIP ended on the losing side following a Super Over-thriller in their first game against DC, they defeated RCB in their second game of the season. However, KL Rahul and Co. lost three games in a row against Rajasthan Royals, MI and CSK. It’s a must win game for both teams.

SRH and KXIP have faced each other 14 times in the IPL so far and the Hyderabad-based team currently leads the head-to-head 10-4.

Sunrisers holds a slender lead over Kings XI in the recent past, winning three of their past five matches.

Prediction - KXIP to win the match 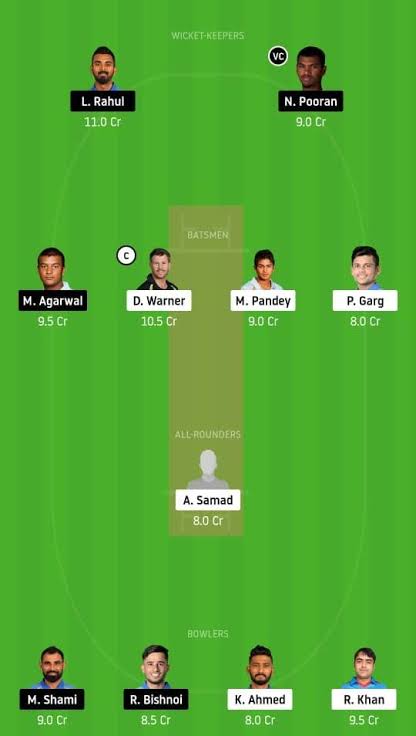 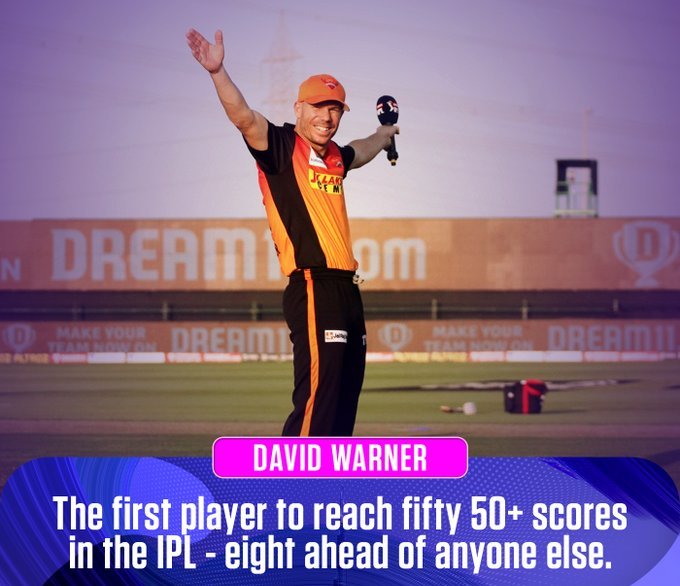 He has had an amazing run against KXIP so far, 8 fifties in his last 9 innings against them! 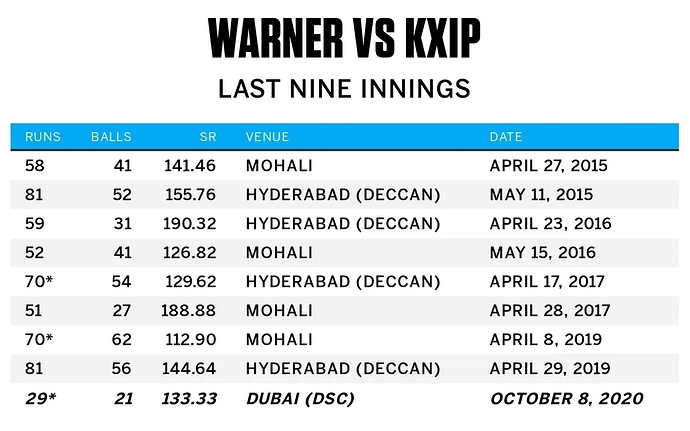 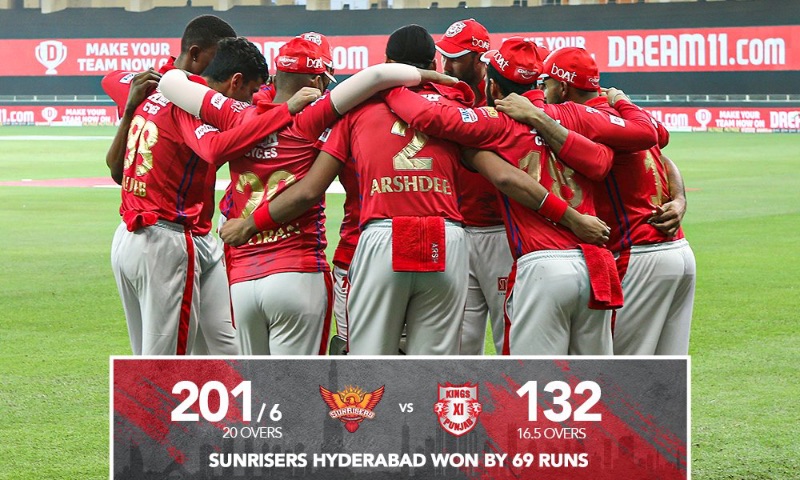 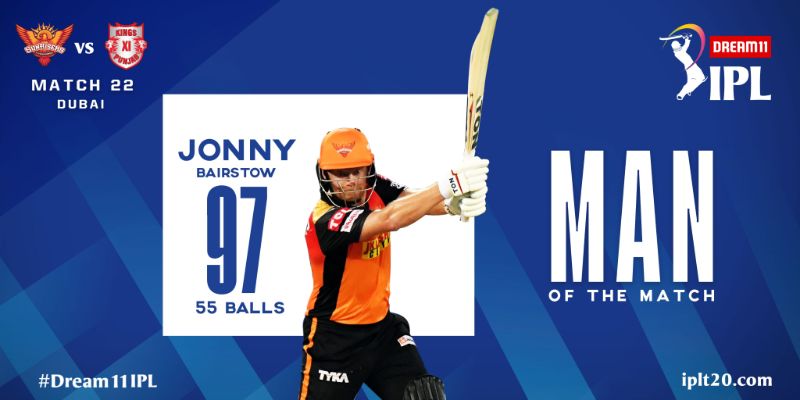