Rajasthan Royals face Kings XI Punjab in Match No 9 of IPL 2020. Rajasthan showed that they are not the team to be underestimated after defeating Chennai Super Kings in their opening match. Punjab will be high on confidence after their spectacular win against RCB.

Jos Buttler will make way into the team after finishing his quarantine and that will give more power to their batting. Bowling has been quite impressive from the Royals too and Kings XI will have a tough match to keep the momentum going. KL Rahul will look to continue his spectacular innings and prove his worth. It’s going to be a cracker of a contest. 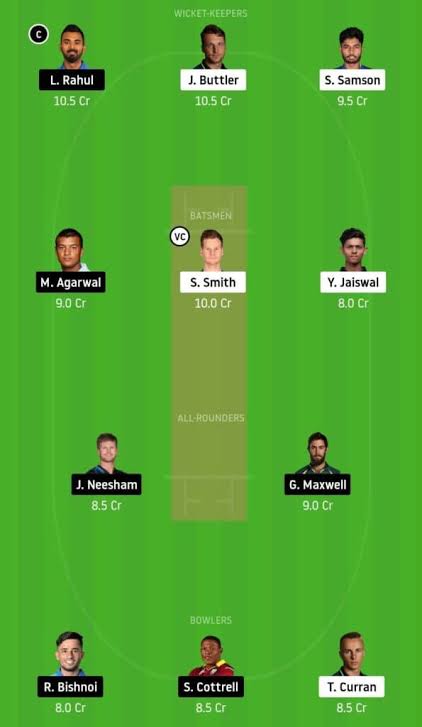 Today’s big question! Will we see Universe Boss in action? At Sharjah, Even his miscues would go for maximum. If he comes in, I guess Pooran will have to sit out.

We will mostly have Buttler back playing. Miller would most probably the one to make way for Buttler.

We will have a cracker of a game for sure with Samson, Rahul, Buttler, Smith and all to go out to smash anything coming their way.

Here is my team for today. What’s yours’s guys? 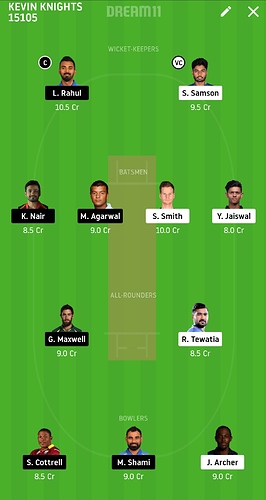 Both the teams played fabulous cricket…it was either team’s win until the last ball. Looks like Jofra Archer is the new Gayle!!

This IPL has begun with exciting matches right from Day 1. I expect new teams in Play Offs this season. 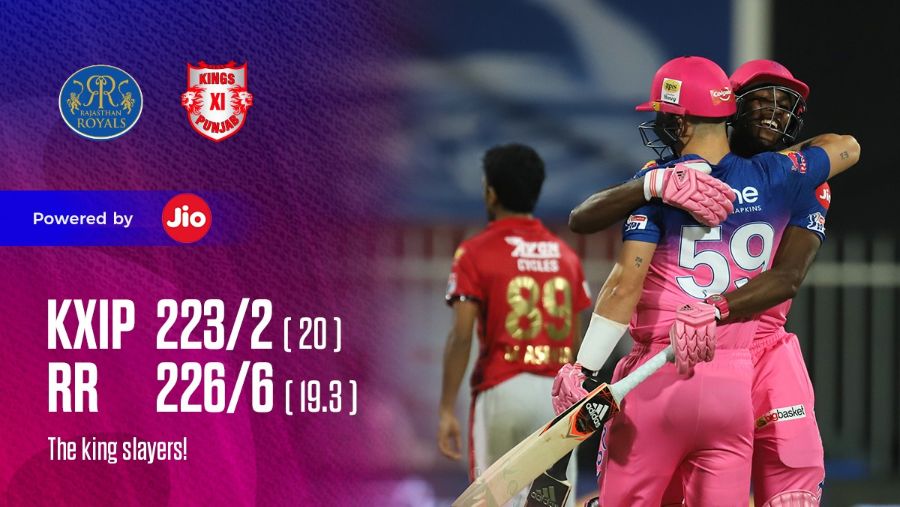 Brilliant half-centuries by Smith, Samson and Tewatia for RR.

The best run chase in the history! 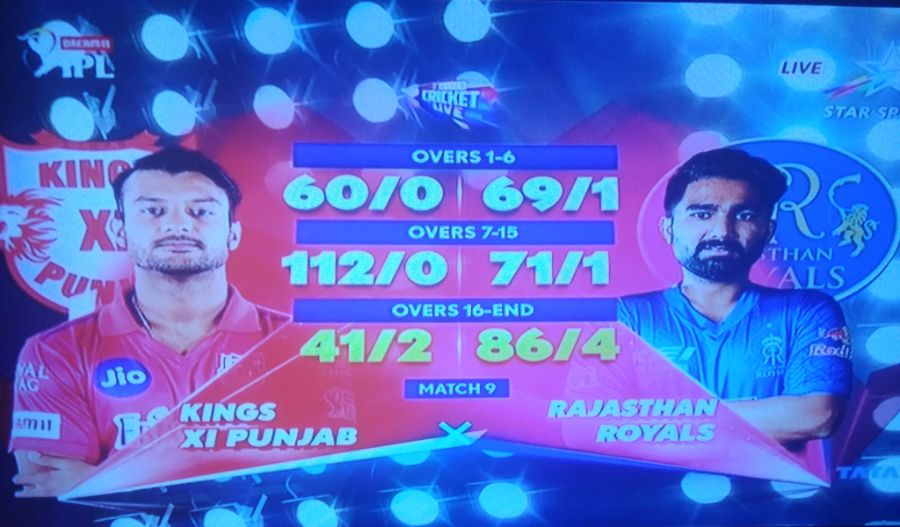 Sanju Samson - Man of the Match for his stupendous knock of 85 off 42 deliveries. 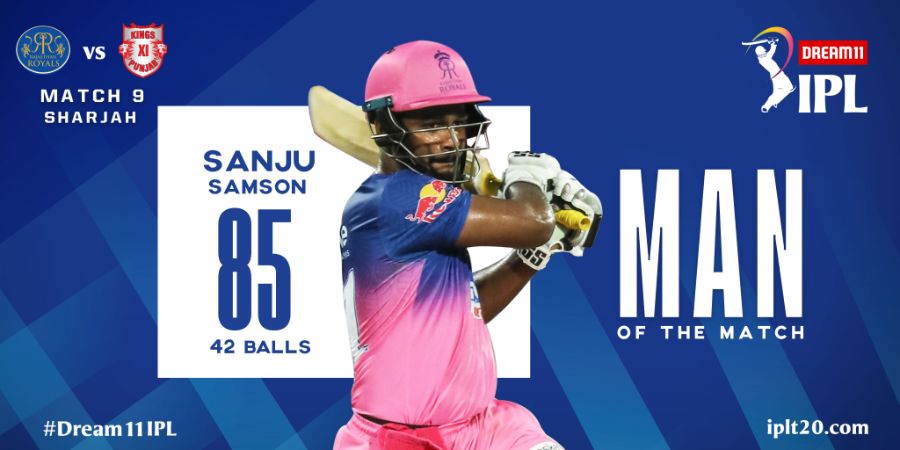 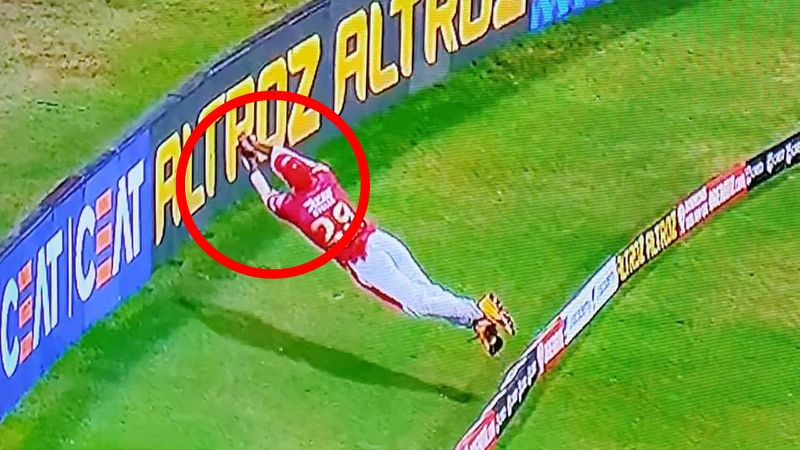