In quest of their fourth win of Dream11 IPL 2020, Royal Challengers Bangalore will square off against Delhi Capitals at the Dubai International Cricket Stadium on Monday.

RCB started their campaign on a winning note against Sunrisers Hyderabad before losing against Kings XI Punjab. However, the Virat Kohli-led unit bounced back in style and registered two back-to-back wins. First, they defeated Mumbai Indians in a Super Over-thriller and in their fourth game, sealed a comprehensive win against Rajasthan Royals.

DC too made a winning start to their IPL 2020 journey after beating KXIP in a Super Over. The Shreyas Iyer-led side won their second game on the bounce, defeating Chennai Super Kings by 44 runs. However, in their third game, DC were toppled by Sunrisers Hyderabad. But the side returned to winning ways after beating Kolkata Knight Riders in their last game.

A win in tonight’s game, will propel one of the teams to the top of the points table.

DC and RCB have faced each other 23 times in the IPL so far with Bengaluru leading the head-to-head at 14-8. Their fixture in the 2015 edition, scheduled to be played at the Chinnaswamy Stadium in Bengaluru, was abandoned due to rain.

Bangalore has dominated the recent head-to-head, winning three of the five previous matches against Capitals.

Prediction- RCB will win the match 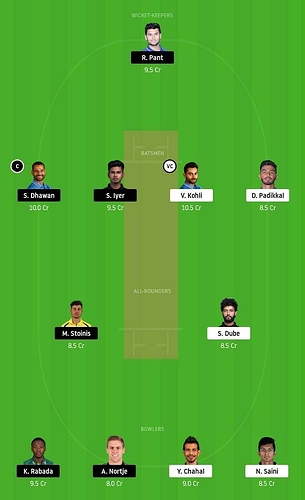 Battle for the Top position! Whoever wins today tops the table!

Here are a few stats for die hard fans!

ABD has best strike rate against DC in IPL! 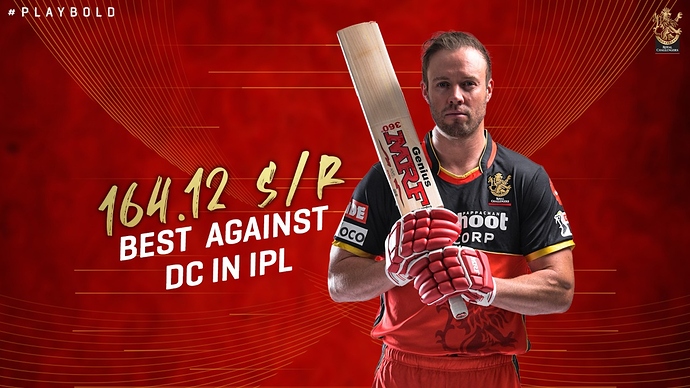 While King Kohli has scored most runs against DC in IPL! 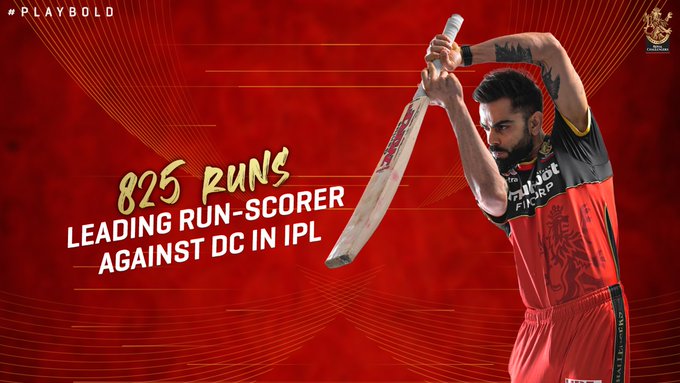 On the side of DC, Pant has been very prolific against RCB! 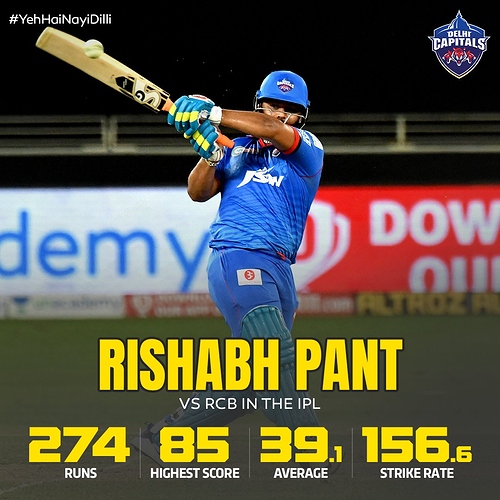 Here is my Team for today! What’s yours?

I believe Devdutt is due for off day, Hetmeyer is due a big one now. Rest batters are no brainers to choose! 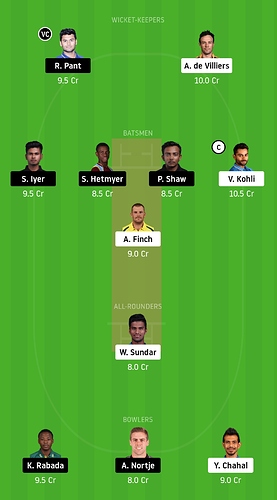 Pant off to a great start!

“The JSW Group sees this as a tremendous opportunity to showcase our brand JSW Paints that celebrates the diverse colours of our country and encourages India to embrace every colour. The association is aligned with the overall brand narrative which is all about unity and inclusivity,” Parth Jindal, Managing Director of JSW Paints said. 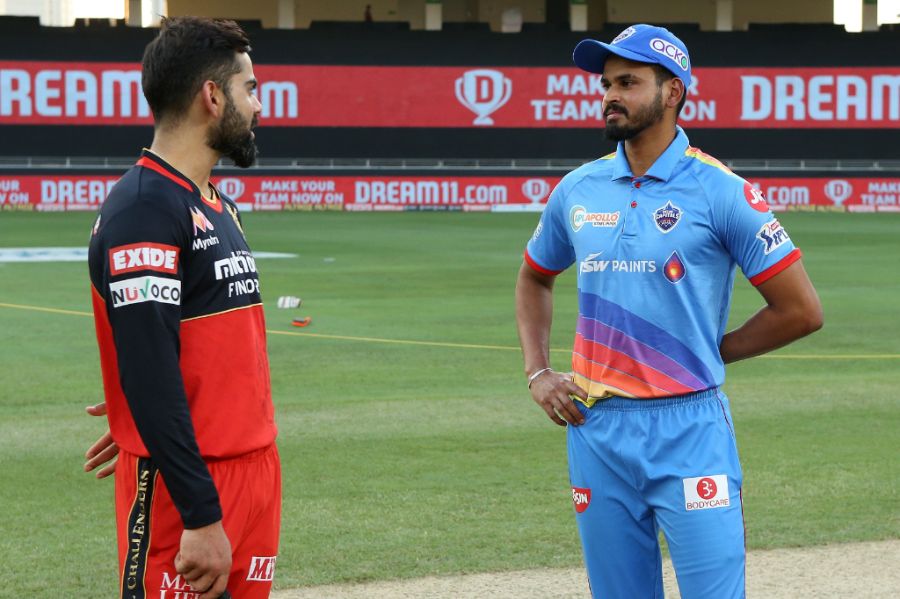 IPL looses it’s most experienced and prolific spinner! Highest wicket tker spinner of IPL, Amit Mishra is out due to Injury of the IPL 2020! 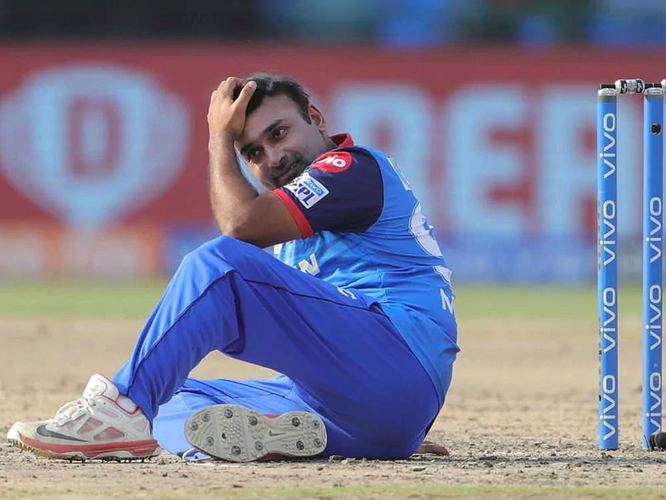 Most Wickets in IPL

Today DC was in a really good form. They excelled at batting as well as bowling. Whereas, RCB could not live up to their last performance against RR.

In the first innings, DC had a well maintained opening partnership of more than 65 runs but their captain could not score much this time. RCB contained DC successfully in the middle overs but were not able to do the same in the last few overs. Marcus Stoinis was hitting one boundary after another. He scored 53 runs of 26 balls out of which 6 were fours and 2 were sixes. Rishabh pant also helped in hitting some boundaries to increase the total.

Overall DC’s performance has been just too good this game in both batting and bowling, but RCB wasn’t able to keep patience while batting and could not contain DC’s batsman in the death overs. 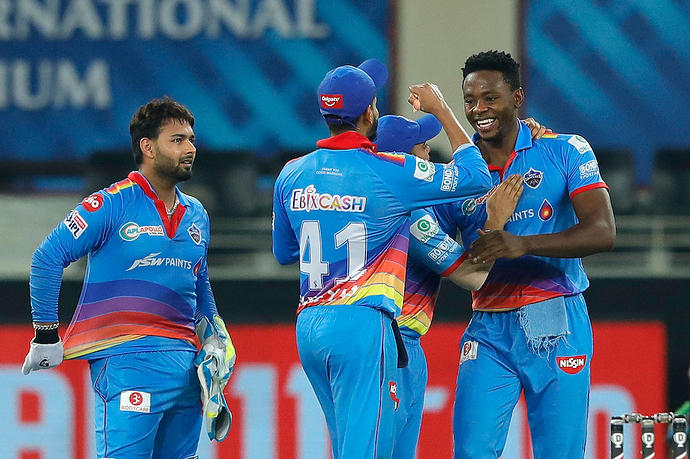 No, not this time. R Ashwin just gives Aaron Finch a warning at the non-striker’s end. I can imagine Ashwin resisting the temptation to mankad Finch.

A run-out missed would have proved costly had DC been on the flipped side of the win. I guess at the end of the day fair play does pay off.

Apparently Ashwin did pay heed to Ponting’s advice where there was an agreement between them of no mankad incidents this season. While Ashwin stayed true to his word, Ponting sitting in the dugout was seen smiling to see it happen.

The ‘Mankad’ debate has been a topic of debate ever since Ashwin dismissed Rajasthan Royal’s Jos Buttler in IPL 2019. When Ponting, in the lead-up to the tournament, was asked if he had spoken to Ashwin about it, the former Australian captain made it clear that he will not allow Ashwin to do the same while playing for the Delhi Capitals. 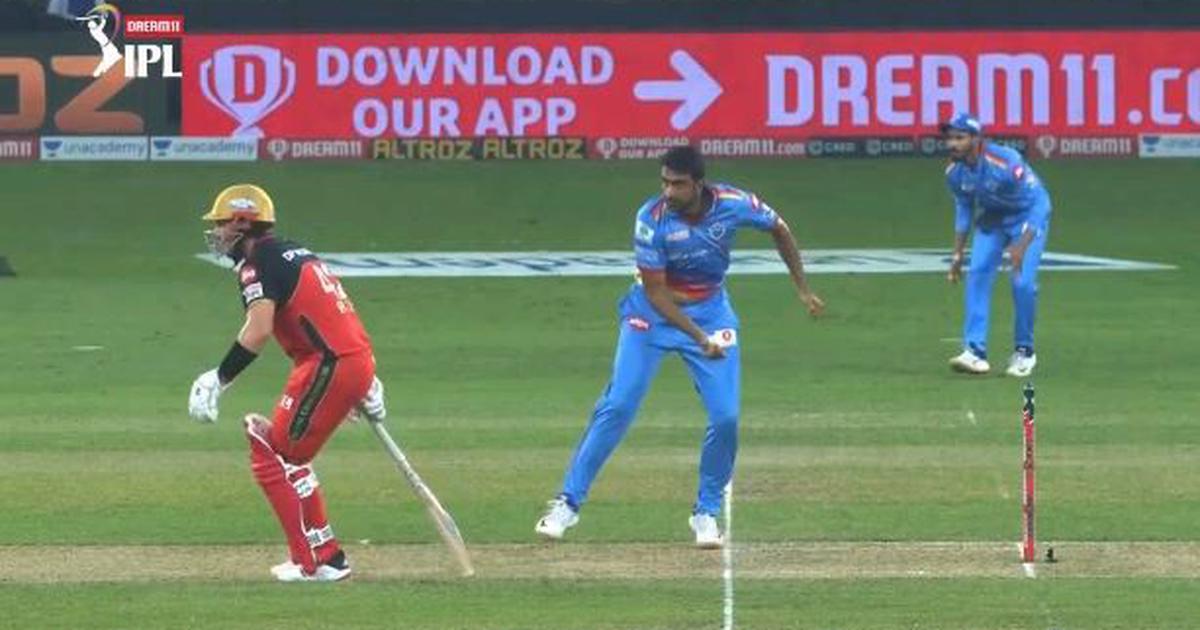 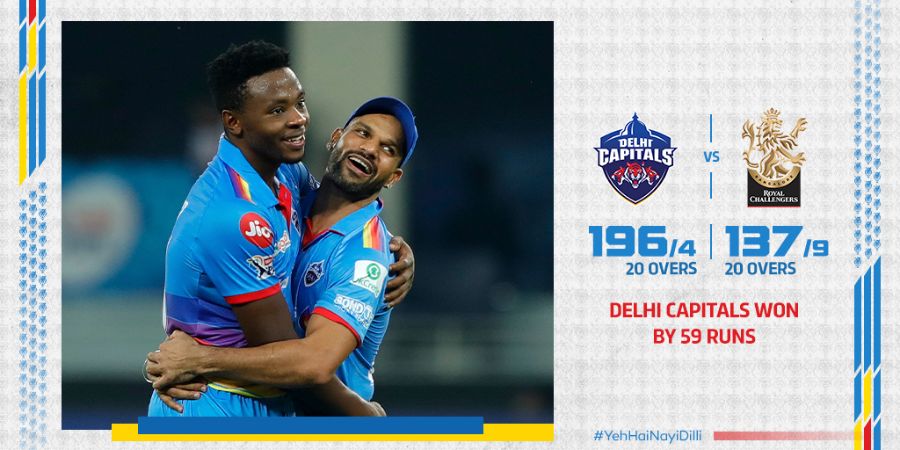 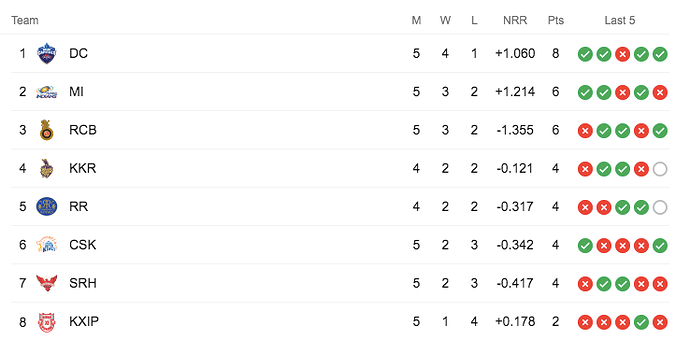