MI square off KKR in Match No 32 of Dream 11 IPL 2020. While MI have five wins against their name from seven games, KKR have thus far secured four victories from seven matches in the IPL 2020.

In their last encounter, MI had come out on top against KKR on the back of their skipper Rohit Sharma’s 45-ball 70. While the defending champions will be keen to have an encore, Dinesh Karthik and Co. will be looking to turn the tables.

Mumbai has been unstoppable with five wins in the first seven games at a handsome net run-rate of +1.327. KKR will have plenty to ponder. Rahul Tripathi, once again, had to sacrifice his preferred opening position to accommodate debutant Tom Banton in the last game. Narine has been the game changer for KKR and if they need to win those 2 points today the West Indian has to return back to the squad.

The two teams have faced each other 26 times in the IPL so far, and MI has dominated the fixture by winning it 20 times. 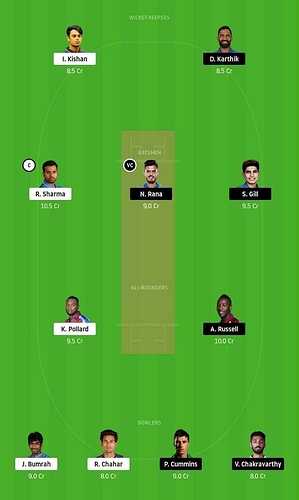 Big news before the match- Dinesh Karthik has decided to step aside from the captaincy and Eoin Morgan will now lead Kolkata Knight Riders for the rest of the IPL 2020 campaign. 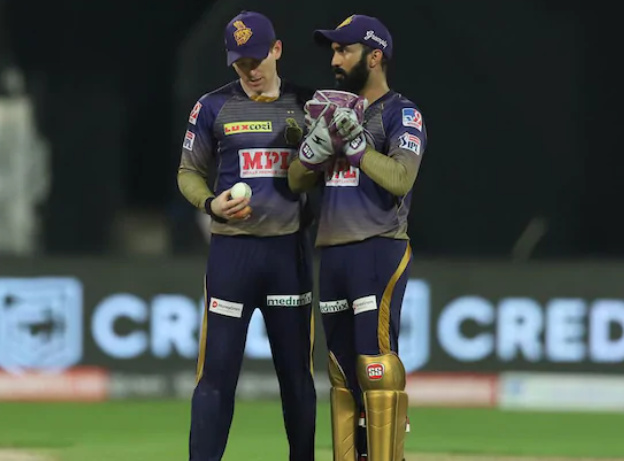 Eoin Morgan has led England as a skipper in 120 ODIs. Under his leadership, the team became world champions in 2019. Overall, Morgan has an impressive win percentage of 60.83%, with 73 victories in 120 outings.

In the T20I format, Morgan is one of the only three players in the world to lead his nation in more than 50 T20I games. Morgan has skippered his side in 51 T20Is, and 30 of them have ended in England’s favor.

Morgan will make his captaincy debut in IPL tonight. 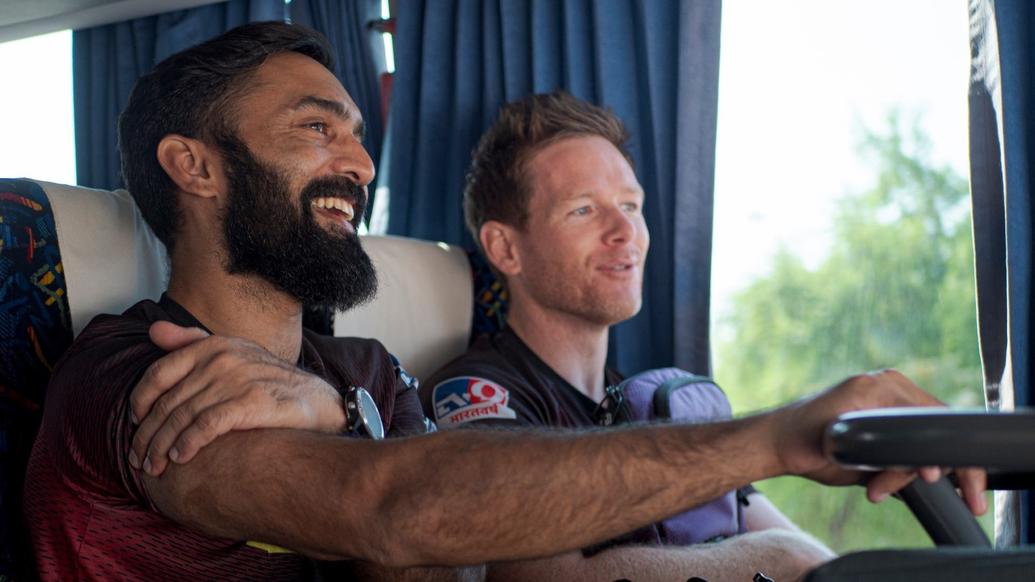 A mid season change at the helm is always avoidable, It creates confusion. And the move on the day of a critical match may be disastrous.

But, Eoin is an excellent and experienced captain. The unexpected move in fact work in favor of KKR in bigger picture. They get a better captain and a relaxed Kartik may start performing better. 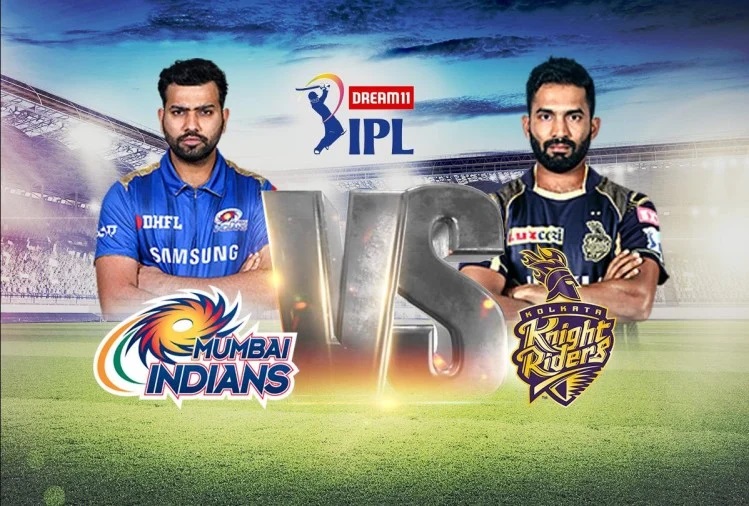 One more things to note today is, It has been the most lopsided clash in IPL history. It doesn’t matter how well or poor KKR are doing at the time, But when they face Mumbai Indians, they simply crumble. The data is pathetic 20-6 in favour of Mumbai,

Now that’s news! It always intrigues me to know and follow the performance of teams after a change in captaincy. I am interested to study how well the new captains can turn around the team performance and deliver the expected results. Well, currently KKR are at the 4th spot on the points table. Will keep an eye to see the impact of this change…

I remember last season Rajasthan Royals had sacked Ajinkya Rahane mid season and was replaced by Steve Smith. Dinesh Karthik’s replacement today is the 11th instance in the history of IPL when the baton of captaincy is passed mid-season.

11 instances in IPL history when captains were replaced mid way:

Unfortunately his captaincy has to start with a one-sided game. Nothing seems to change KKR’s fortune. Also, coming to the captaincy I think it was a very poor team selection. I mean how can you miss out someone like Narine and Lockie Furguson in the oversees slot and chose to play Chris Green? There are so many combinations open for KKR. They have Kuldeep Yadav on the bench why not add an attacking wrist spinner and play either of the two to make your bolwing heavy?

Pat Cummins, just not the season he wanted to go for 15 CR. A heavy buy. I just think its going to be a mid-way collapse for KKR.

MI did it with just plain good effort. didn’t even need any special performance!

KKR, batting first, scored 148/5 in 20 overs. They suffered a top order collapse, with no one except Shubman Gill (21) scoring. Rahul Chahar picked 2 wickets in a over to reduce KKR to 42/4. Pat Cummins (53*) and Eoin Morgan (39*) built a much-needed partnership in the second half of the innings to bring some respectability to the score.

Rohit Sharma (35) got the chase off with some boundaries, before his partner Quinton de Kock (78*) took over the bulk of the scoring responsibility. Hardik Pandya (21*) put on an exhibition of attacking shots towards the end as MI won with 19 balls to spare. 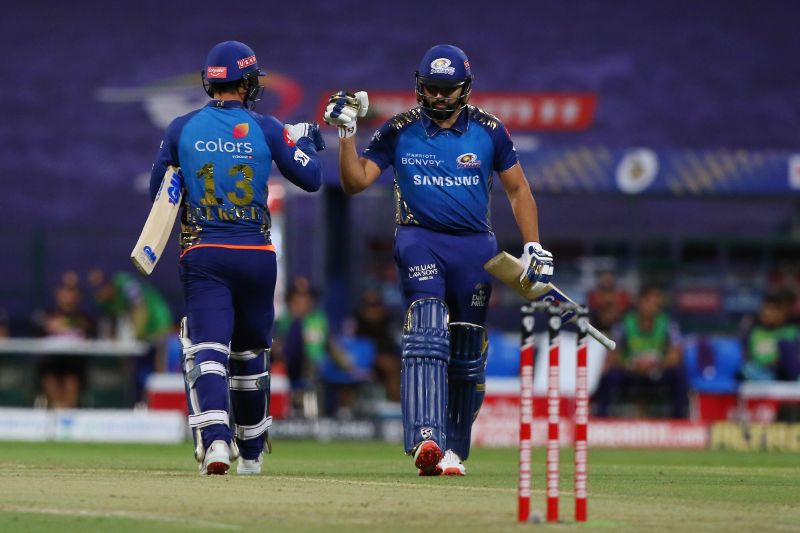 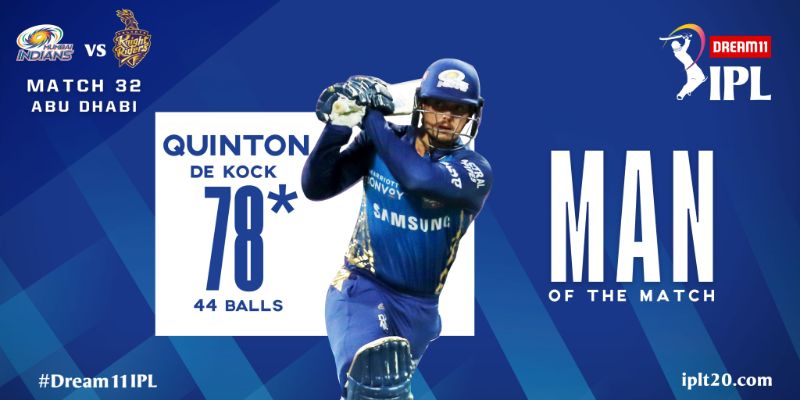