Its weekend and its time for Dream 11 IPL Double dose fixture. In the first match Kolkata with face Punjab at Abu Dhabi.

The KL Rahul-led side began their campaign with a Super Over defeat, but bounced back in style, beating Royal Challengers Bangalore. However, since then they lost against Rajasthan Royals, Mumbai Indians, Chennai Super Kings and Sunrisers Hyderabad. It’s a must win game for Punjab if they aspire to stay in the race for playoffs.

Coming to KKR, they will be out to continue their winning run. While the Dinesh Karthik-led side lost their season opener against MI, they went on to register three wins in their next four games, beating SRH, RR and CSK.

The two teams have faced each other 25 times in the IPL so far, with KKR holding a 17-8 head-to-head win/loss record over KXIP.

Prediction - KXIP To Win The Match 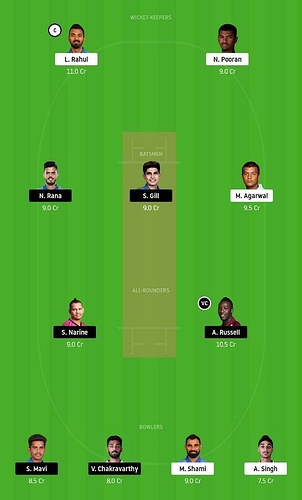 KXIP squandered a won match! they had match in the bag with 22 needed of 18 with only one wicket down. But a hoick by Pooran and uncertain batting by a rookie Prabhsimran Singh steered everything south. That over by Naraine put Rahul under pressure and he succumbed. Prabhsimran Singh and Mandeep Singh couldn’t handle it and it resulted in Maxwell having to too do too much in the end.

A SAsque choking by KXIP.

It’s concern Rahul failing to finish the match. But may be it’s too much to ask from him. It would be perhaps unfair to him to expect to play as opener and finisher both. KXIP needs to look into their middle order. They don’t seem to have much if Maxi doesn’t perform.

Prasidh Krishna (3/29) and Sunil Narine (2/28) were among the top wicket-takers after Dinesh Karthik and Shubman Gill top-scored with 58 and 57 respectively. After opting to bat first, KKR posted 164/6 in 20 overs. In reply, KXIP were restricted to 162/5. 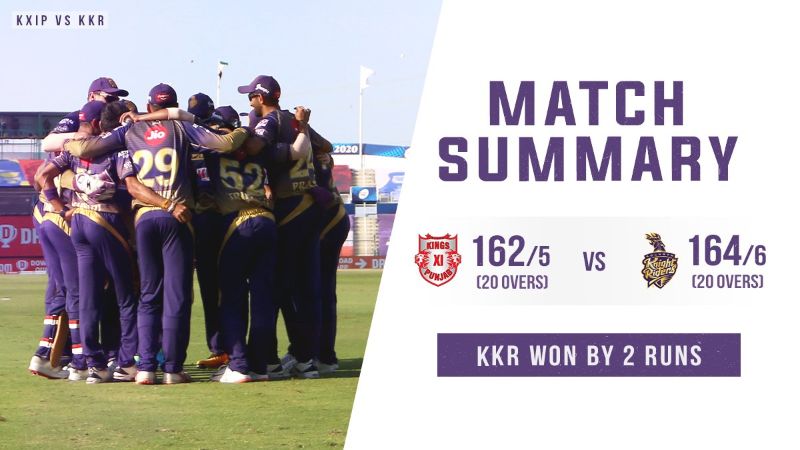