After making a winning start to their IPL 2020 campaign against Mumbai Indians (MI), CSK have lost three games in a row. While RR beat them by 16 runs, Delhi Capitals (DC) registered a 44-run win against CSK before they went down against Sunrisers Hyderabad (SRH) by 7 runs.

KXIP, on the other hand, overcame the Super Over-heartbreak against DC with a win in their second game against RCB. However, they lost their next two games against Rajasthan Royals and Mumbai Indians.

With both teams eyeing a winning return, the game promises to offer a lot and here are our picks who could decide the course of the game.

The two teams have faced each other 21 times in the IPL so far, with CSK holding a 12-9 head-to-head win/loss record over KXIP.

Prediction- CSK to win the match

Best opening pair in tournament vs Worst opening partnership. KXIP has openers with best average and strike rate while CSK has worst. CSK has additional burden of worst performing spinners too!

CSK has been struggling overall while for KXIP only their bowling is a relative worry. No better side for KXIP bowler to get in to winning touch.

I believe KXIP would win this.

Here is my eleven for the match. 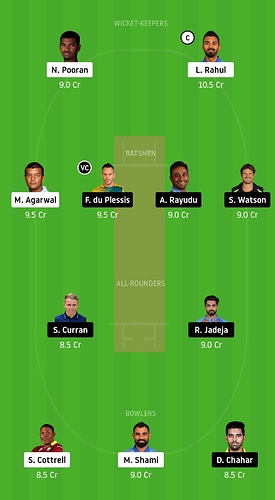 At first I thought this game was going to be a tough one but CSK played much better than expected and won because of their magnificent opening partnership.

In the first Innings, as usual KXIP started off well and did some great batting. Their captain played a great knock of 63 runs and got the orange cap. The Australian hitter Glenn Maxwell along with Sarfaraz Khan smacked 30 runs of the last 12 balls including 3 fours. Indian off-spinner Ravindra Jadeja and Indian Pacer Deepak Chahar had an amazing economy rate till the end. Shardul Thakur’s economy rate was pretty high but he got some crucial wickets.

Now it was KXIP’s turn to defend their total. CSK’s opening partnership Shane Watson and Faf Du Plessis was just too good. Both of them stayed calm yet hit alot of boundaries. They made it all the way to the end and defeated KXIP on their own. Obviously CSK’s opening played really well but KXIP could have done better bowling. They gave too many runs off extras and almost every bowler had an economy rate over 10. They also made alot of mistakes like bowling the wrong length.

Overall CSK did some top-class batting on the pitch and I’m sure suprised everyone, whereas KXIP made alot of mistakes in bowling and they could have won if they had not made them. 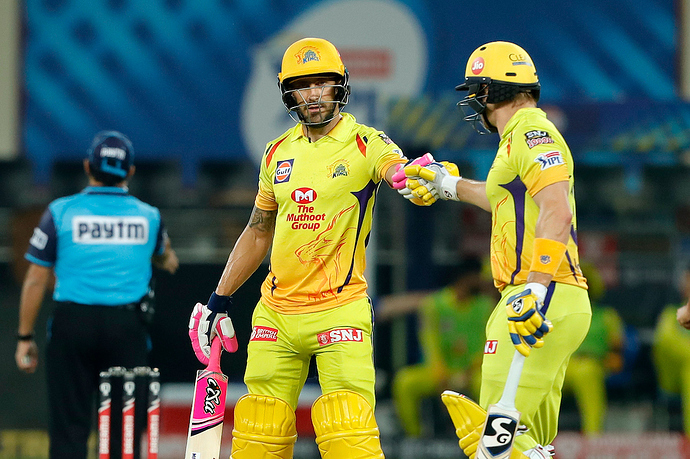 I guess today CSK won but this shouldn’t be termed as turnaround as this win was just a result of a rare partnership, an unique event. And that won’t happen always! FafDu and Watto just smacked KXIP out of the game, Great Batting today! 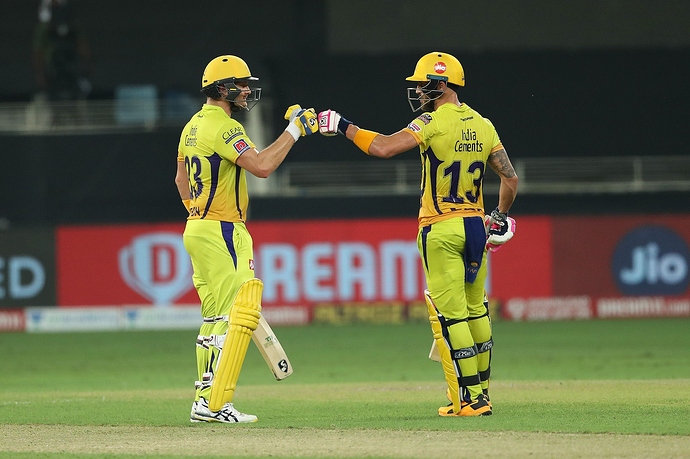 I guess Dhoni seemed to have had a good pep talk with the team after the last loss.

A special knock from Shane Watson gets him the Man of the Match award for his scintillating knock of 83* off 53 deliveries. 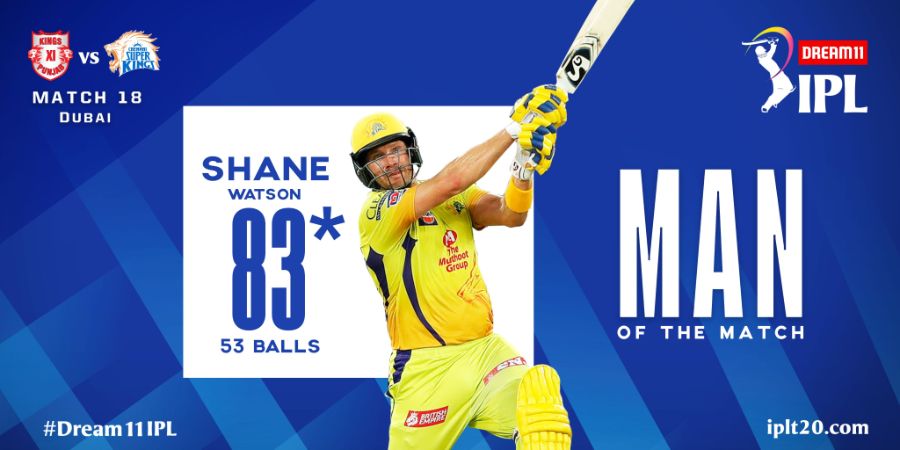