KKR and RR fight to remain alive in the IPL 2020

It’s the final game of the doubleheader weekend. Rajasthan Royals take on Kolkata Knight Riders with a lot on the line. Both teams are locked on 12 points and it’s a do or die situation for both.

RR are hopeful of qualifying after their consecutive wins in their last two matches. RR and KKR have equal 12 points each from 13 games but RR’s superior net run rate -0.377 gives them an edge over KKR -0.467.

The Knight Riders having lost out in their previous two games, they will be looking for a quick turn-around having lost a close one against the CSK. 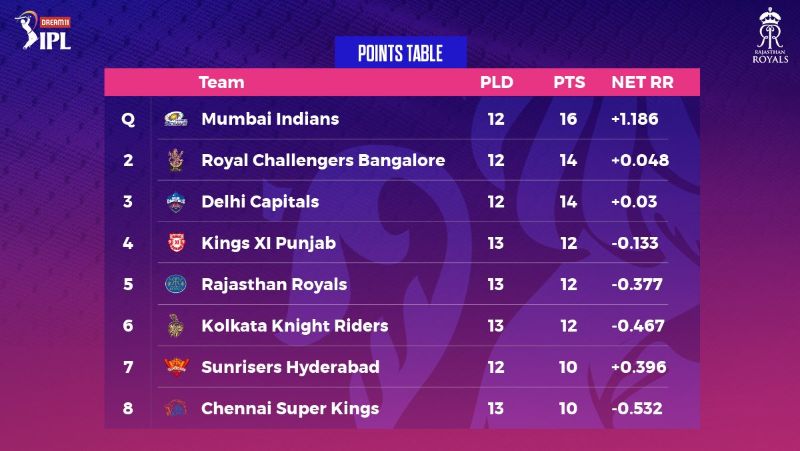 Besides a victory in their last league game, Rajasthan Royals will also need other results to go their way if they are to make the playoffs of the IPL 2020.

KKR’s road to the playoffs looks the toughest

KKR’s road to the playoffs looks the toughest, thanks to their net run rate. Their only chance of qualification is if they beat Royals and finish on 14 points, with none of the other contenders reaching that tally. That seems improbable, the last two successive losses badly hurting their prospects.

This win keeps KKR playoffs hopes alive in the tournament. A great collective bowling show from KKR bowlers. Morgan led from the front as well with a brilliant knock in the first innings.

Now, they will hope SRH lose to MI on Tuesday for berth in playoffs. 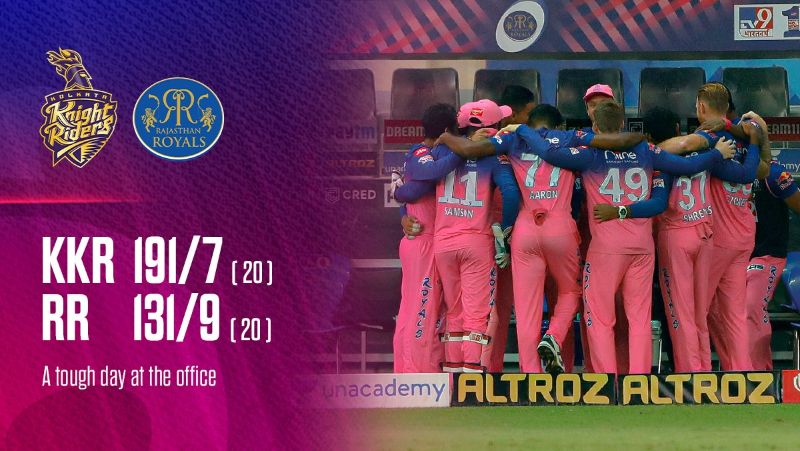 Brilliant performances by Team KKR - whether it was batting, bowling or fielding.

Pat Cummins is the Player of the Match for his haul of 4/34! 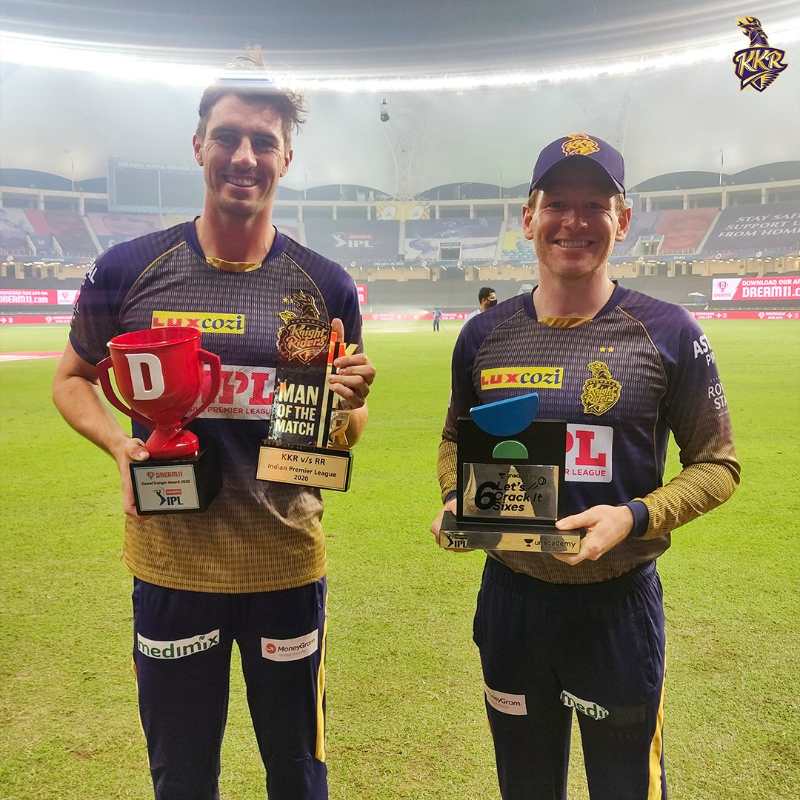 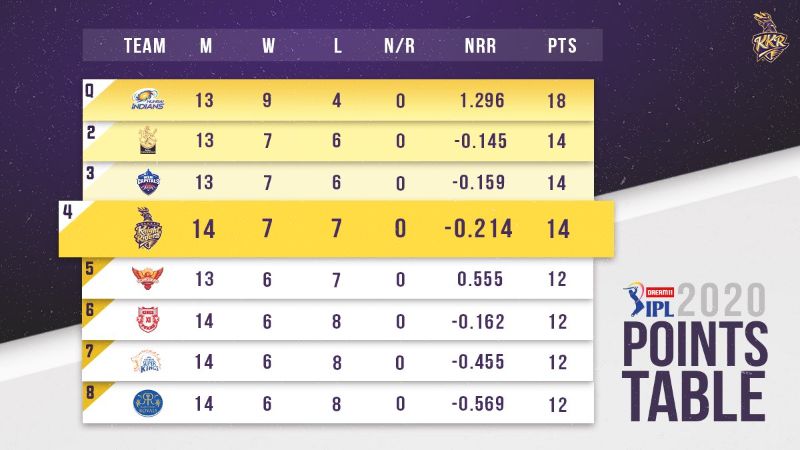