Match No.5 in IPL 2020 as Kolkata Knight Riders take on Mumbai Indians at the Sheikh Zayed Stadium. Rohit Sharma & co started their campaign with a loss but will look to forget that defeated and come out with full force to win their first match of the season. KKR have picked up few interesting overseas players like Tom Baton, Eoin Morgan and Pat Cummins who will further bloster with Russel and Narine. But for me, today’s main pick would be the 19-year old Shubman Gill.

For MI, Rohit Sharma must stick with De Cock at least till the 7th Over. Fire some runs in the powerplay and then pass it on to expericed hitters like Hardik and Pollard. 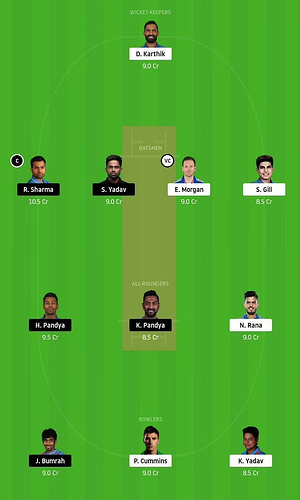 Mumbai will hope Nathan Coulter-Nile is fit for the day. It adds depth to their batting. Mi would also need to overcome sloppiness they showed against CSK, lack of cricket excuse needs to be thrown away and they need to get their act together.

KKR will hope Naraine is good to bowl 4 overs. He has had fitness issues recently. Let’s see who gets first chance among Kamlesh Nagarkoti and Shivam Mavi. KKR has seengly weak and inexperienced pace attack. It may prove to be their Achilles’s Heal.

Here is my today’s team! What is your team guys? 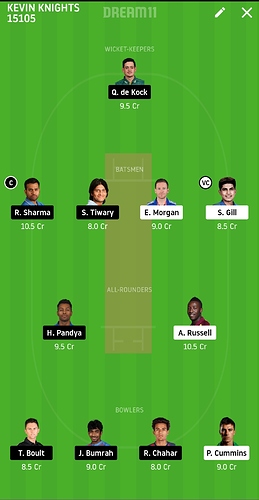 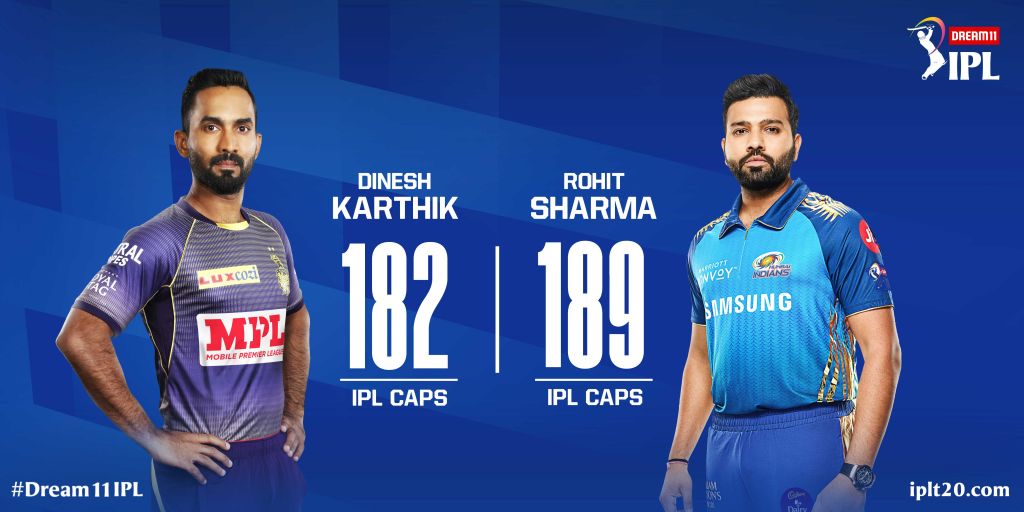 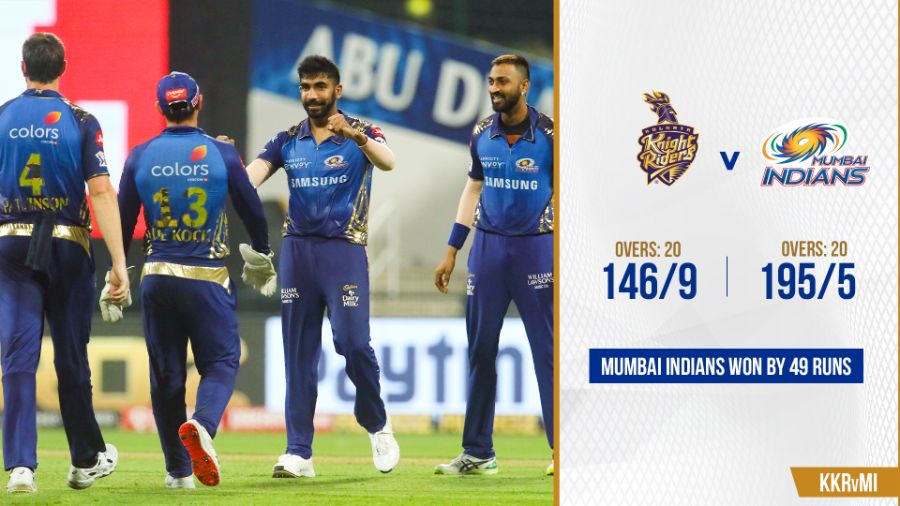 Rohit Sharma was declared the Man of the Match for scoring 80 off 54 balls. 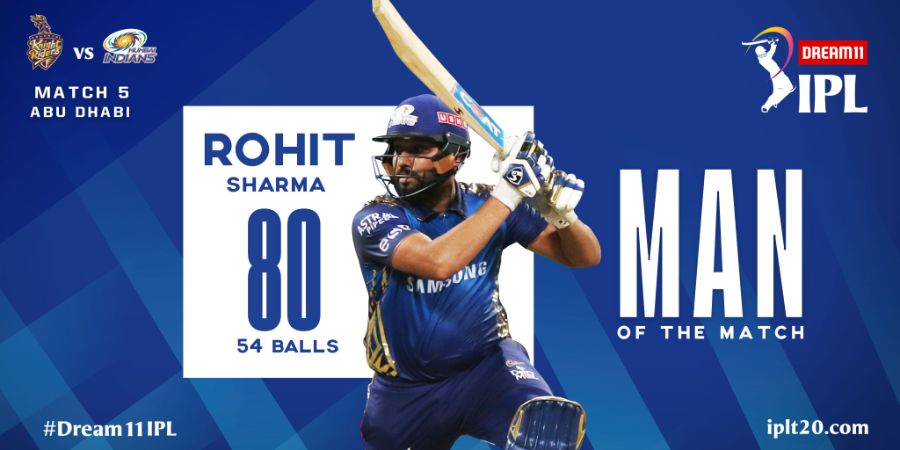 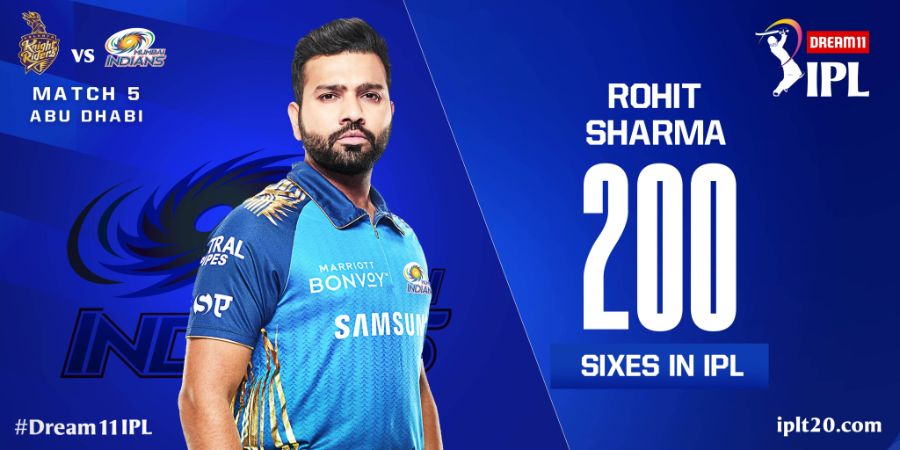 MI take the top spot away from RR. The top-five teams all have two points each and separated by NRR. 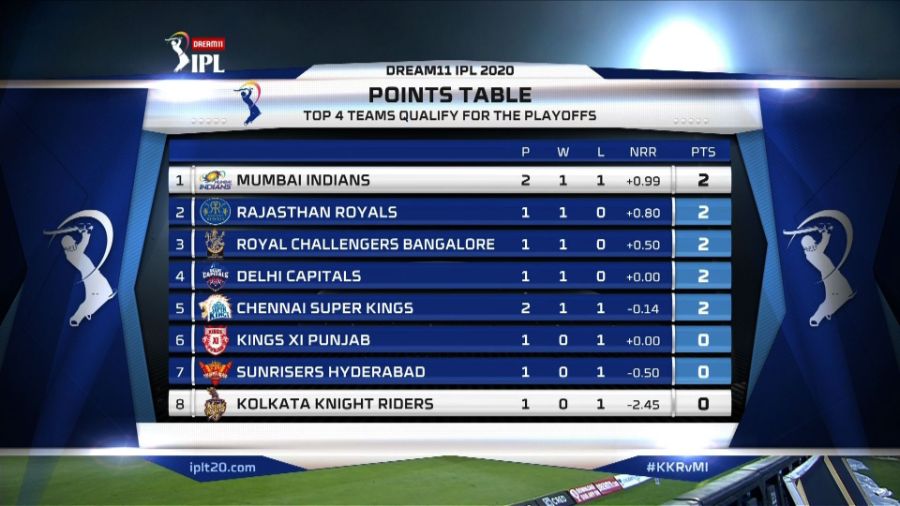 CSK duo of Sam Curran and Lungi Ngidi continue to lead the bowling charts having taken four wickets each. Curran sits at the top on the basis of a better bowling average.