In the second match of the Double Header, Delhi Capitals will take on Kolkata Knight Riders Sharjah. DC started their campaign with a Super Over-win against Kings XI Punjab before adding one more win to their account, beating Chennai Super Kings in the next game. However, Sunrisers Hyderabad halted their winning run.

Talking about KKR, they lost their first game of the season against Mumbai Indians. But the Dinesh Karthik-led unit bounced back in style, registering two wins on the bounce against SRH and Rajasthan Royals.

So far in this season, the Sharjah venue has proved to be a paradise for the batsmen, and with both DC and KKR having some of the biggest hitters in their line-ups, it will make for an interesting contest.

The two teams have faced each other 23 times in the IPL so far, and KKR holds a 13-10 head-to-head win/loss record over DC.

KKR will win the match 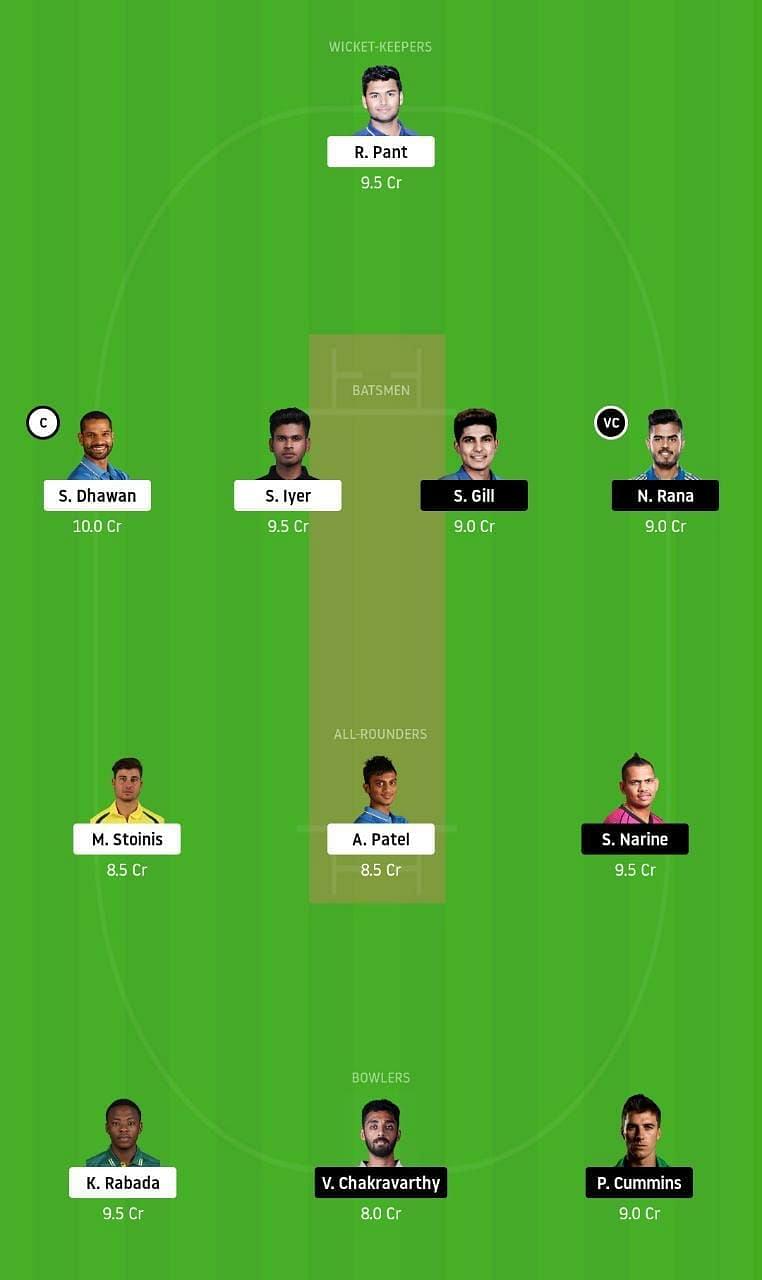 Pro Tip:
Small ground, good batting pitch, so pack your team with batsmen from both teams but also include the experienced bowlers.

My Prediction KKR will win the match 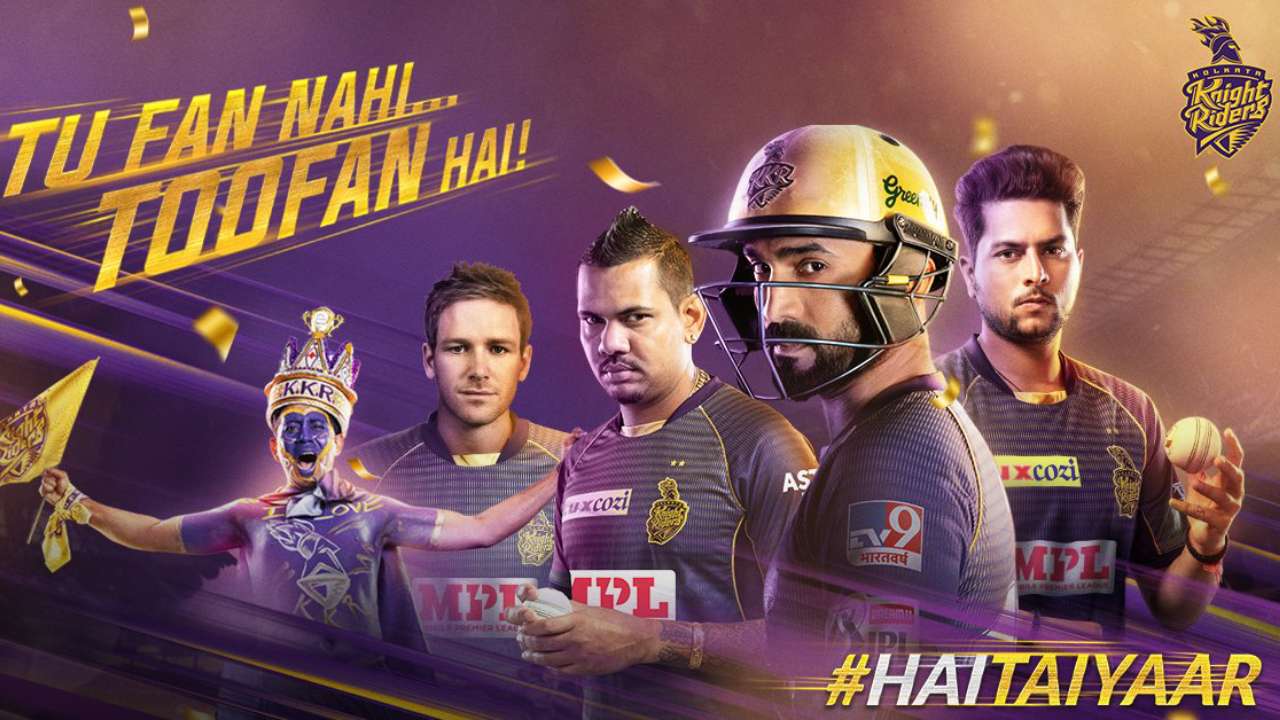 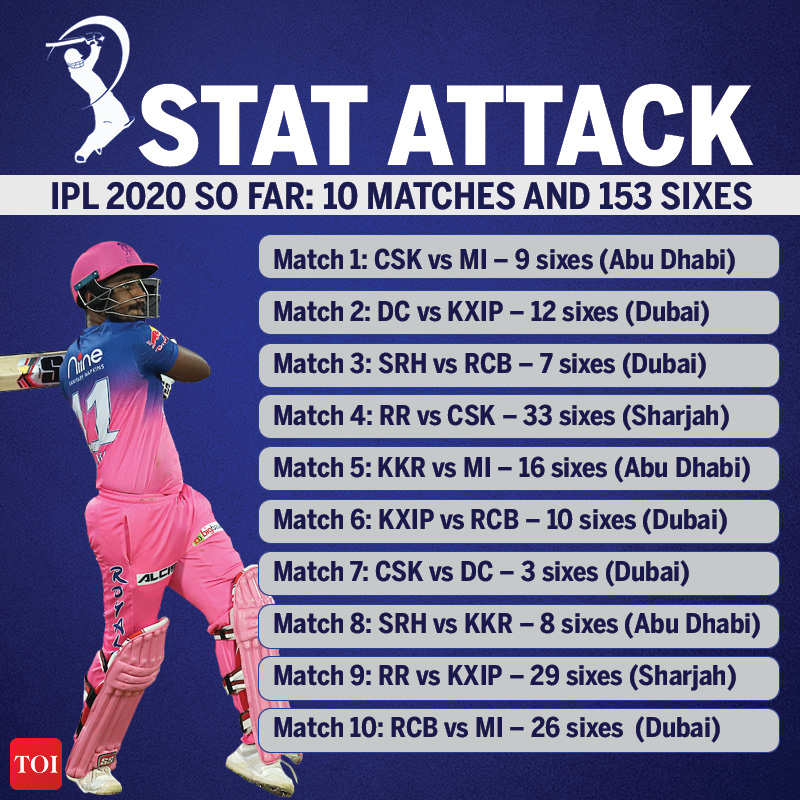 Small ground makes it easy to cross the ropes. Let’s see if these both team can break the record set earlier in last week?!

The famed DC lineup lives up to it’s reputation. Puts up a seemingly massive 228.

But, It’s only SHARJAH. No score is massive enough here. We are in for quite a fireworks in the KKR chase.

In this match there have been alot of big hits from most of the batsman.
This pitch is suited for batting and KKR as well as DC were able to use it to their advantage perfectly. Both teams started off well but the reason KKR lost is that they could not score in the middle overs and kept losing wickets. Whereas, DC had a good opening partnership and did not lose many wickets. This is how they got some good hits in the death overs and this was also why they won the game.

In the first innings DC’s opening partnership played a very crucial part in securing their win. Andre Russel played good with 2 wickets and a very low economy rate of less than 7.5. In the death overs DC’s captain played extraordinarily well by scoring 88 runs in just 38 balls including 6 sixes and 7 fours with a strike rate of over 231! Their total was an incredible 228 runs.

Now it was KKR’s chance to bat. Their opening partnership was not that great but they had an amazing first wicket partnership. They had a run rate of around 10 at the end of the power play but after that when Shubhman Gill got out DC’s bowling started to be effective. After the 15th over, Rahul Tripathi and the English captain began hitting the ball out of the stands. This duo showed some great cricket and a barrage of sixes, but sadly they got out and couldn’t make it till the end.

In this match not losing wickets and playing steady in middle overs proved to be crucial which decided the result of the match. 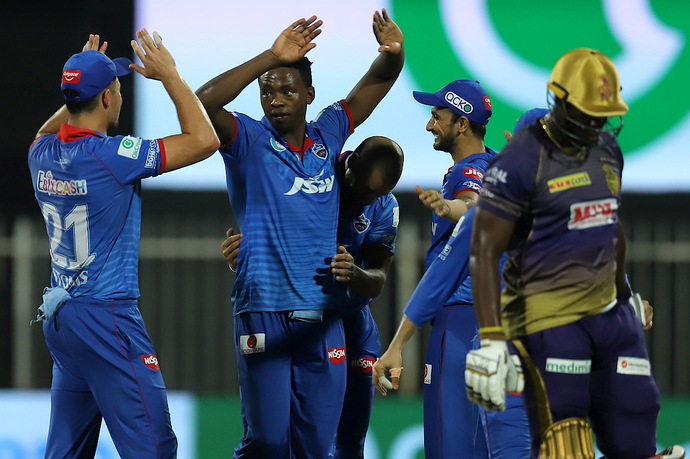 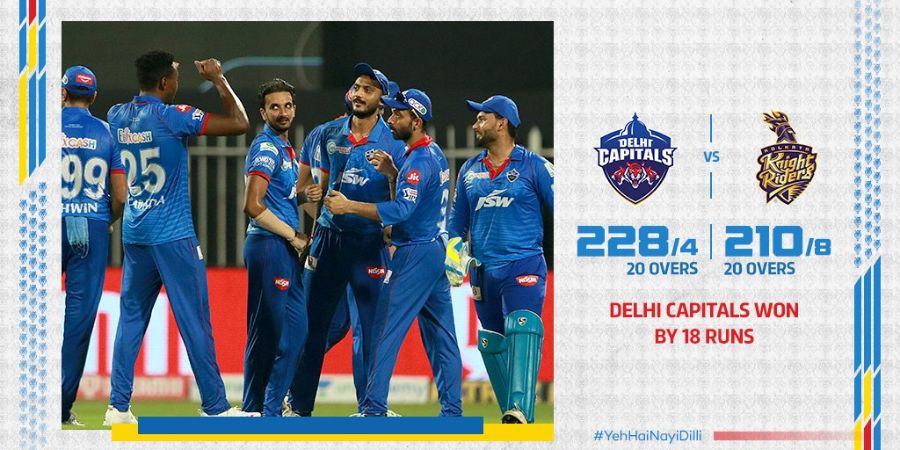 Captain Shreyas Iyer bags Man of the Match award for his stupendous knock of 88* off 38 deliveries. 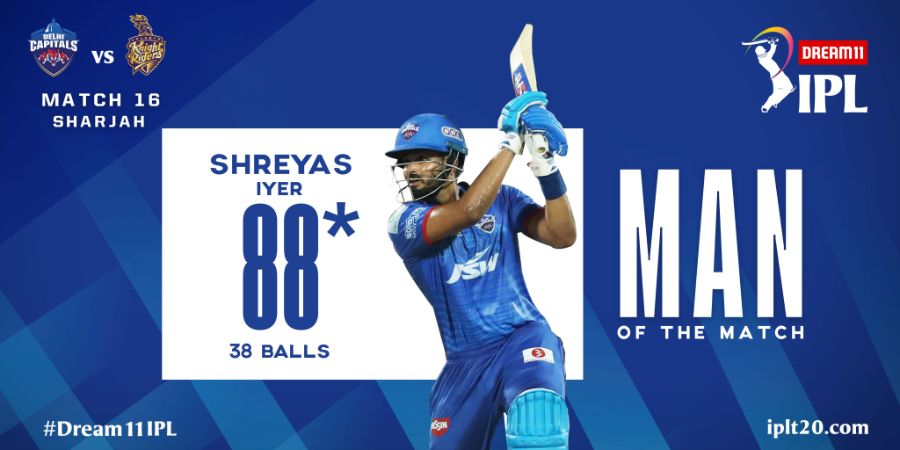