CSK will be back in action after a gap of a week and will be hoping to make a winning return. While CSK kicked off their IPL 2020 campaign with a win over Mumbai Indians in the season opener, they lost their next two games against Rajasthan Royals (RR) and Delhi Capitals (DC).

Coming to SRH, the David Warner-led side did not enjoy a solid start to their season as they lost against Royal Challengers Bangalore (RCB) and Kolkata Knight Riders (KKR). But SRH halted the two-match losing streak, beating DC in their third game of the tournament.

As both the teams seek their second win of the season, the CSK-SRH clash promises to be a mouth-watering affair. Here are our picks who could decide the outcome of the match.

Head to Head- The two teams have faced each other 12 times in the IPL so far, and CSK holds a 9-3 head-to-head win/loss record over SRH.

Prediction- CSK to win the match 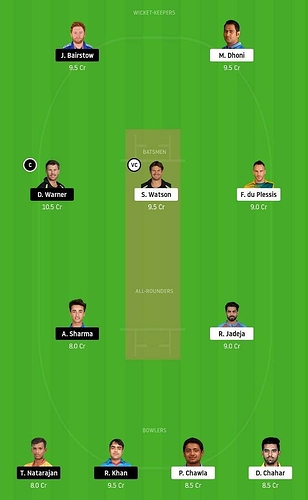 Both teams have struggled with their batting recently with only one win each. Let’s see if Dhoni team can make a comeback. 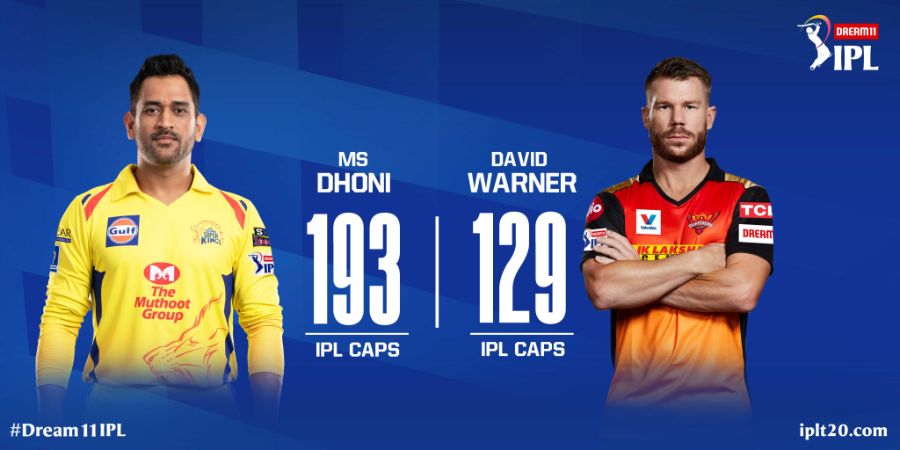 Bottom placed CSK will take on SRH who are placed just a notch above on better NRR.

Being a Dhoni fan, would like to see an exciting comeback from Dhoni led team. 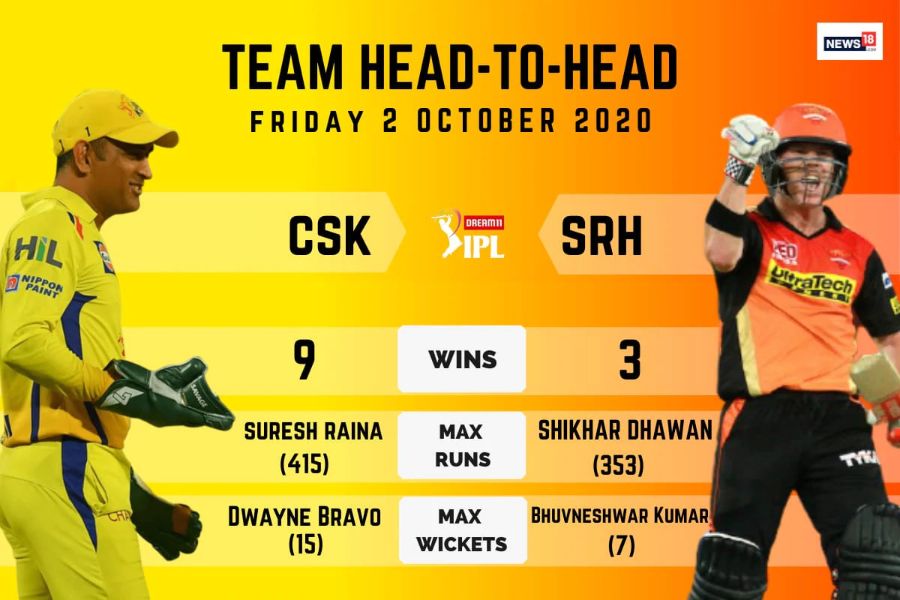 The clash of the teams from down south - Geographically as well as point table wise!

Both team looking for a second entry in point sheet. SRH have played well but have been outplayed a couple of times. CSK have struggled thus far in the season. Hope they come out of hibernation today.

Deccan Chronicles - Bring it on!

My team for today! Beat it if you can! 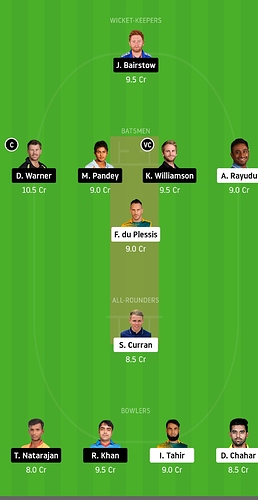 He had the most runs in T20s and IPL without a fifty before this. 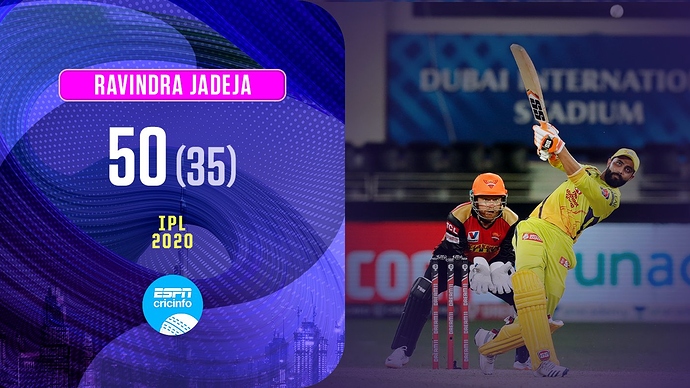 Today’s match was much more different than the other matches we have seen in this IPL. Until now all the batsman have dominated and played a crucial part in winning the game, but in this game the bowlers have played an important role for both teams.

In the first innings Deepak Chahar bowled an extremely good spell with an economy rate of less than 8 and 2 wickets, however the prodigy Priyam Garg won SRH the game by scoring 51 runs of just 26 balls.

In the second innings SRH were off to a good start with all the bowlers bowling economical spells but around the 16th over CSK showed some amazing batting and gave hope of winning to their fans.

Overall the bowlers of both sides dominated this game. In my opinion CSK could have won if they had a steady opening partnership. 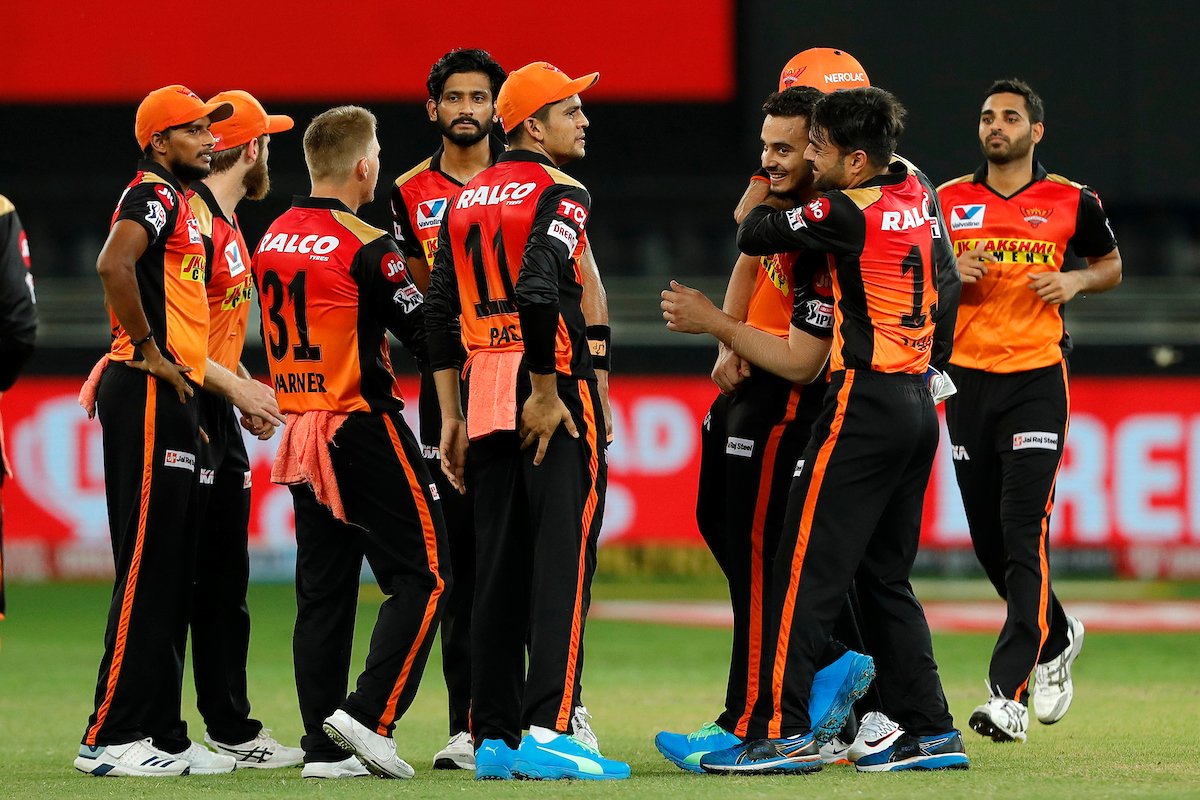 Priyam Garg scores his first 50 in IPL. Man of the Match for his knock of 51* off 26 deliveries. 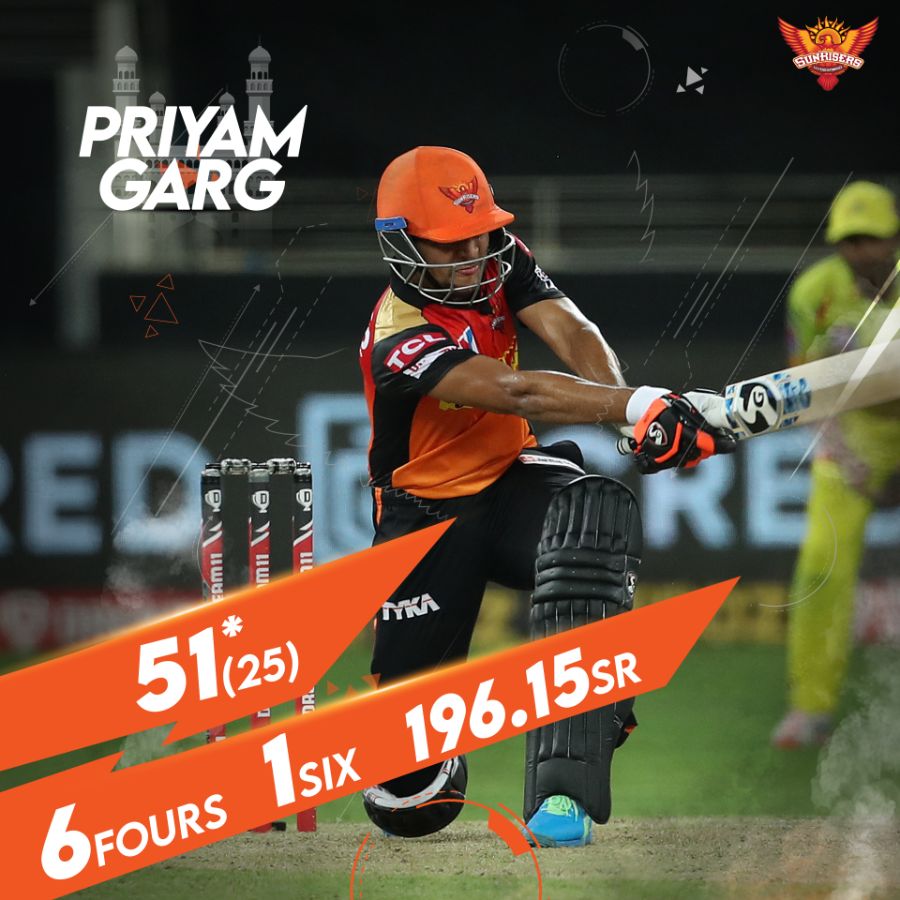 They got close in the end, but for the first time since 2014, CSK have lost three matches in a row. 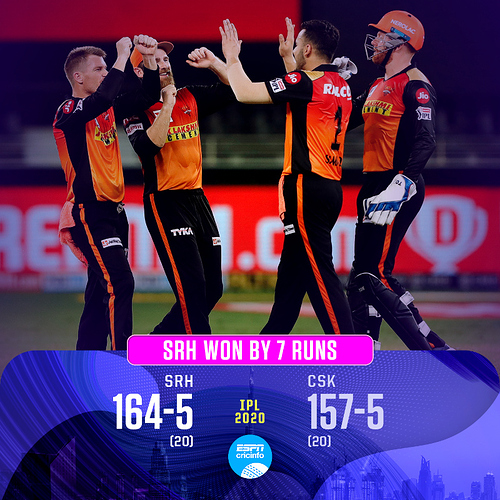 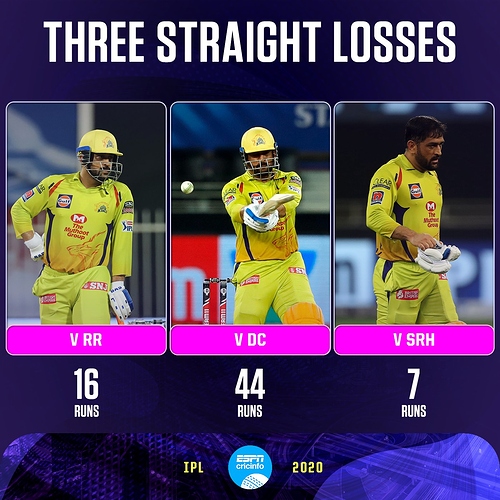