Before the El Clasico on Saturday we’re lined up with Indian Premier League’s El Clasico round 2 tonight. CSK take on MI at Sharjah Cricket Stadium to stay in the tournament. The first match of IPL 2020 was held between these two powerhouse teams and Chennai managed to win the opener. But since then, CSK’s campaign has hit a near end. They stand at the bottom of the points table and will only hope that they don’t become the first team to be out from the playoff’s race. Failed batting united, expensive death bowling and poor intent in the field have cost CSK their worst performance in IPL history. Its a must-win for Dhoni & his boys if they wish to sail forward in the marquee tournament.

While for the men in Blue & Gold its been a similar story like all their previous years. They are a team that starts slow but ends high. They have the most balanced squad and the players have performed at the top level. It will just be another game for them if they want to make sure they stay in the top 2 positions to play the Qualifier 1. We can expect MI experimenting with the team selection as Rohit Sharma and Ishan Kishan appeared to suffer injuries in the last game and their non-availability might not be such a bad thing. With just 13 players used from their roster yet, Mumbai wouldn’t mind valuable match practice for those having warmed the bench thus far, especially looking at the business end of the tournament. 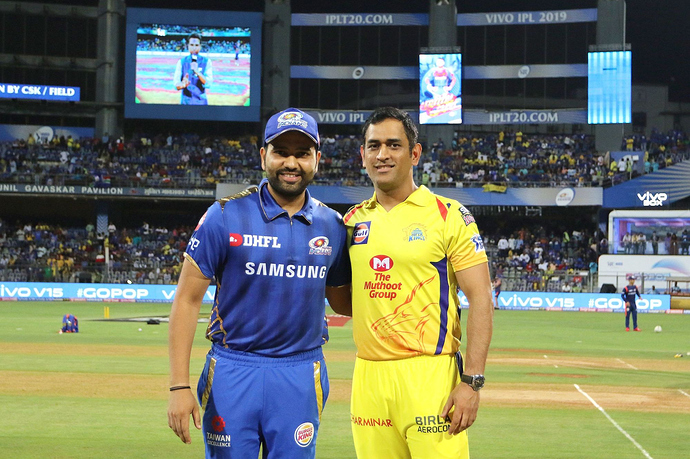 This used to be exciting “El Classico” of IPL. Most awaited of the clashes! But, today not many seems to be interested! How time changes!

Rohit is out for the day! Tiwary gets one more opportunity while Pollard will lead for the day. Maybe Kishan will open with De Kock today. CSK has made 3 changes. Watson is out, Chawla is out, Kedar is out. Ruturaj, Jagadeesan and Tahir are in. Let’s see how it works out for them.

The CSK vs MI rivalry is the oldest and fiercest rivalry in the history of IPL.

Records to look out for tonight

What is happening to CSK? Falling like a pack of cards! We expected a below par perormance, But not this much below!

It’s over for CSK!

CSK continue to stay at the bottom of the table. Didn’t ever expect CSK to be in this situation. To bet against odds, I hope to see CSK rise up the ranks in the remaining matches.

MS Dhoni, “Well it does hurt. What you need to see is what is going wrong, this year hasn’t been our year. In only one or two games this year we have batted and bowled well together. Whether you lose by ten wickets or eight wickets it hardly matters. All the players are hurting, but they are trying their best. It doesn’t always go your way. Hopefully in the next three games we’ll try to put our last stand.” 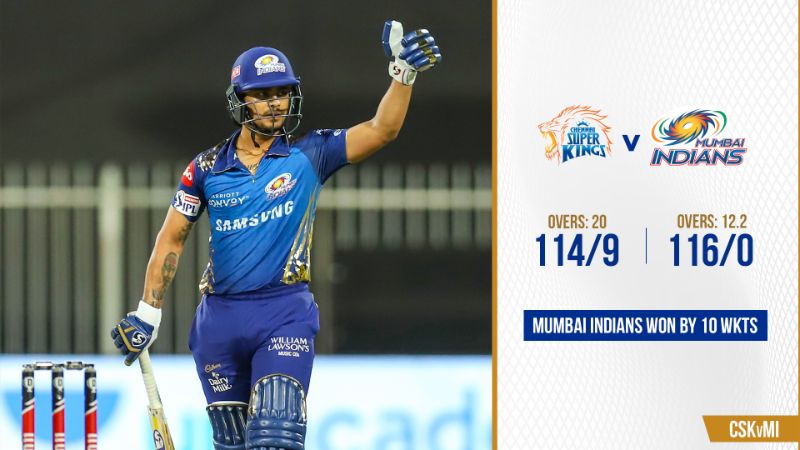