Zlatan Ibrahimović is a Swedish professional footballer who plays as a striker for Serie A club AC Milan and the Sweden national team. He is widely regarded as one of the greatest strikers of all time. Ibrahimović is one of the most decorated active footballers in the world, having won 31 trophies in his career but never won champions league 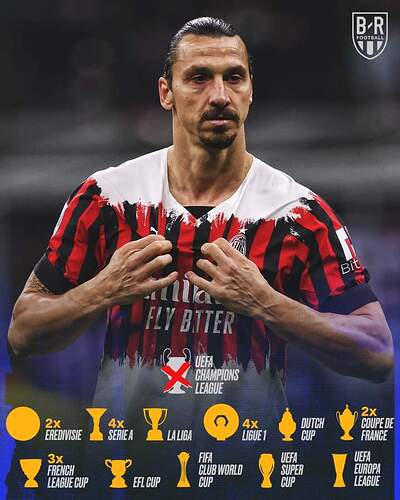 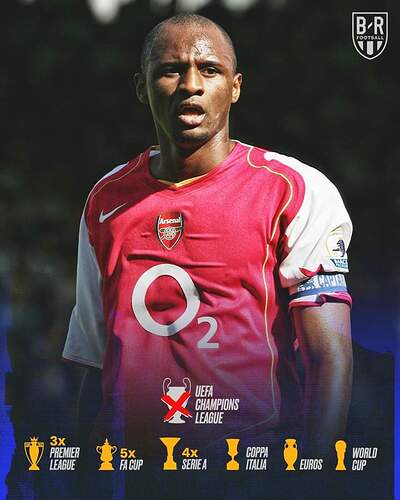 Sergio Leonel Agüero del Castillo, also known as Kun Agüero, is an Argentine retired professional footballer who played as a striker before he retired at Manchester united, he won all series of trophies except UEFA champions league trophy❌ 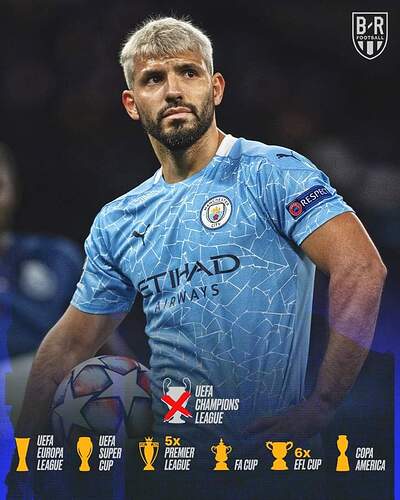 Diego Armando Maradona was an Argentine professional football player and manager. Widely regarded as one of the greatest players in the history of the sport, he was one of the two joint winners of the FIFA Player of the 20th Century award. During his time before he died maradona was a magnificent player who played greatly in all competitions but did not win the UEFA champions league with any club. 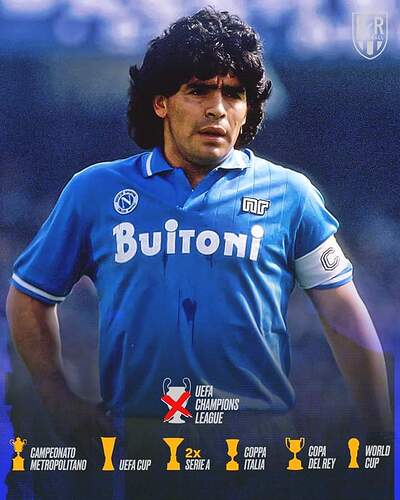