Full backs that could end up in barcelona 🏐

Barcelona are looking to reinforce their squad with a new full-back during the winter transfer window. Chelsea’s Cesar Azpilicueta and Valencia’s Jose Gaya have been tipped for summer transfers at Barcelona, but the Catalan club will need to look elsewhere if a full-back is to join this January as neither Azpilicueta nor Gaya is expected to leave their clubs mid-season. Ajax and Morocco right-back Mazraoui is one of the options currently under consideration by the Barcelona hierarchy as he would bring experience to Xavi’s side.

Mazraoui’s agent is Mino Raiola and his contract is set to expire in June, meaning that he could be signed on a free to join in time for next season.

However, should Barcelona wish to sign him this month then he will come at a cost and Ajax have made it clear that they do not want the Moroccan international to leave

Formerly of Porto, Telles has been unable to secure a first-team place at Manchester United due to the resurgence of Luke Shaw in recent years.

His agent is Pini Zahavi, someone who has a good relationship with Joan Laporta, which could see the Brazilian move to Barcelona this window.

The final potential candidate for Barcelona is another Brazilian, in Alex Sandro. Currently at Juventus, Sandro could provide Barcelona with an experienced full-back 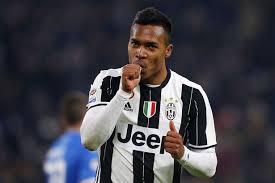 Like Tagliafico, his contract ends in 2023, which could make any potential deal slightly overpriced for Barcelona. Sandro has a market value of 12m euros.

Another Ajax star is on Barcelona’s radar, with Nico Tagliafico linked with Barcelona yet again. The Argentine is contracted until 2023, but could be available for as little as 10 to 15 million euros. 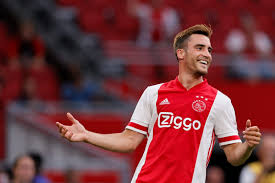 Given the time that Tagliafico has spent on Barcelona’s transfer wish list, it is possible that they make a move for him late into the winter window.