Free agents: who are the players that could leave for free next year

There are less than eight months to go until some of Europe’s elite players see their respective contracts come to an end, meaning they are just weeks away from being able to negotiate a free transfer with clubs abroad.

This season is especially intriguing, with a host of big names yet to put pen to paper on fresh terms and clubs keen to cut down their transfer spending where possible.

So, with the clock ticking, agents starting to make links and managers beginning to sweat, Sportsmail compiles a starting XI - and substitutes’ bench - of the best players whose contracts expire in 2022. 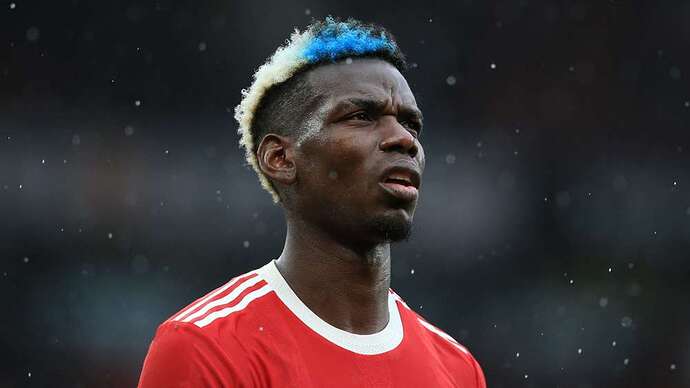 World Cup-winning goalkeeper Hugo Lloris has been the No 1 in between the sticks for Tottenham for nearly a decade.

In fact, the 34-year-old will celebrate 10 years as a Spurs player next year, but could commemorate that milestone by departing the club in the summer.

The Tottenham club captain’s £100,000 a week deal expires at the end of June and Spurs hinted at a possible succession plan by bringing in Atalanta goalkeeper Pierluigi Gollini on an initial loan deal last summer, with a £12million option to buy. Lloris has previously claimed he wants to finish his career in his native France, with the veteran goalkeeper representing Nice and Lyon before moving to Spurs in 2012.

The shot stopper was asked about his future at Spurs just before the start of this season and revealed that Tottenham had not even opened talks over a new contract at that point.

If Juan Cuadrado is hoping for a contract extension at Juventus, his contribution to their win over Fiorentina last week would have done his chances no harm at all.

Cuadrado came off the bench to score a late winner in a 1-0 win over La Viola to keep Massimilano Allegri’s men in the hunt for a top four spot, with Juventus ending a run of three matches without a win. The Colombian wide man, who has spent the last six years playing in Turin, has been in talks over a new two-year contract at Juventus since the summer but there has been no resolution as of yet.

But even at the age of 33, Cuadrado has still been a main figure down the right-hand side of Allegri’s team, featuring in every Serie A game bar two for Juventus this season.

The former Chelsea man ideally wants to end his career in Turin and if he does stay and sign a two-year deal, it may be the last contract of his career.

This year has been a memorable one for Chelsea’s Antonio Rudiger.

The Germany defender was exiled at Stamford Bridge by Frank Lampard before the England and Chelsea legend was sacked in January. But following the appointment of compatriot Thomas Tuchel, things are looking up again.

Rudiger was installed back into the Chelsea starting line-up and helped the Blues pick up their second Champions League trophy in the club’s history. After a solid Euro 2020 for Germany, he has made an excellent start to the current campaign and is arguably playing the best football of his career. Having scored against Tottenham in September, Rudiger was described as one of the best defenders in the Premier League by Rio Ferdinand and it’s hard to disagree.

Rudiger’s deal expires at the end of June and his recent displays have caught the eye of Europe’s elite. The 28-year-old has been linked with moves to Real Madrid, Bayern Munich and PSG - three heavyweight clubs looking for a defender in his prime years.

Spanish defender Cesar Azpilicueta is another Chelsea defender whose future at Stamford Bridge is far from certain.

The 32-year-old will celebrate 10 years as a Blues player next year, a period in which the current skipper has has lifted the Premier League twice, the FA Cup once and the Champions League and Europa League once each. But the emergence of young Chelsea defenders Reece James and Trevoh Chalobah in the full-back and centre-back roles could mean Azpilicueta is no longer required at Stamford Bridge.

Azpilicueta, who started every Premier League game until October 23 for the Blues, admitted at the beginning of the season that he is relaxed about his contract situation and that ‘everything will take care of itself’.

Ah, the Paul Pogba soap opera at Manchester United. Just where do we start with this one?

The French midfielder has been linked with a move away from Old Trafford for at least the past two years, with his agent Mino Raiola making regular statements about his clients’ desire to leave for a fresh challenge. Pogba is in the sixth and final year of his contract and remains open to staying at Old Trafford, although he did reject a single contract offer from United last summer.

He is currently struggling to become a regular in Ole Gunnar Solskjaer’s United set-up, with the Norwegian switching to a 3-5-2 formation which does not suit the World Cup winner.

The 28-year-old’s recent performances for the Red Devils have not helped him either. Pogba was sent off just minutes after coming off the bench in a 5-0 loss to Liverpool, while he also disappointed in his most recent outing against Atalanta in the Champions League.
The way this Pogba drama has manifested itself over the years, nothing can be ruled out as his contract reaches its final few months.

Letting Cristiano Ronaldo go was not an easy decision for Juventus to make, but one of the justifications was that it would improve the chances of getting Paulo Dybala tied down to a new contract.

The Argentine attacker has once again shown his importance to the Old Lady this term, scoring six goals in 11 matches as he tries to fill the void left behind by now-Manchester United forward Ronaldo. But Juventus are still struggling to agree a contract extension with Dybala, as the Italian giants continue to fight the financial woes caused by the coronavirus pandemic.

Juve announced losses of £99m in February 2021 for the first half of the 2020-21 season, deficits mainly caused by the lack of fans in Serie A stadia during that period.

Now Dybala is holding out for a £10m-a-year contract, with reports in Italy claiming negotiations between Juventus and their No 10 have hit an impasse because the Italian club are offering below that figure.

Another French star, another transfer saga.

Kylian Mbappe has made no secret of his desire to leave Paris Saint-Germain, giving two explosive interviews earlier this season where he outlined his desire to quit.

Real Madrid, who put in bids of £137m and £154m during the most recent transfer window, was his preferred destination but the 22-year-old is now with the French giants for the rest of the season. But while Mbappe’s short-term future calmed down a little, the talk off the pitch continued.

Karim Benzema, Carlo Ancelotti and Real president Florentino Perez all spoke about the French attacker joining the Spanish side on a free transfer next year, forcing PSG sporting director Leonardo to slam the LaLiga club for a lack of respect.

Mbappe, meanwhile, has continued to be in and around the goals this season, with seven strikes and 11 assists in 16 games for Mauricio Pochettino’s men.

Despite Real’s confidence in trying to sign Mbappe next year, there is a feeling that nothing can be ruled as PSG refuse to give up on him signing a new contract. 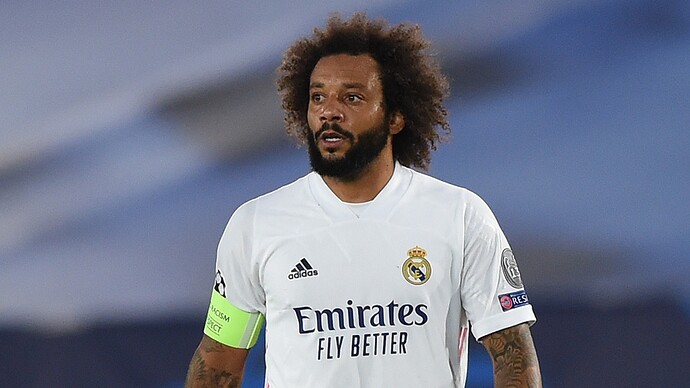 Marcelo, 33, might quit Real Madrid when his contract expires in June after 15 years at the Santiago Bernabeu. Some clubs will be put off by the Brazil international’s age, and his wages are unlikely to be cheap, but he remains one of the best left-backs in the world.

Reinildo Mandava of Lille, Marcel Halstenberg of RB Leipzig, and Aihen Munoz of Real Sociedad are all younger and lower-paid alternatives who could leave in the summer. 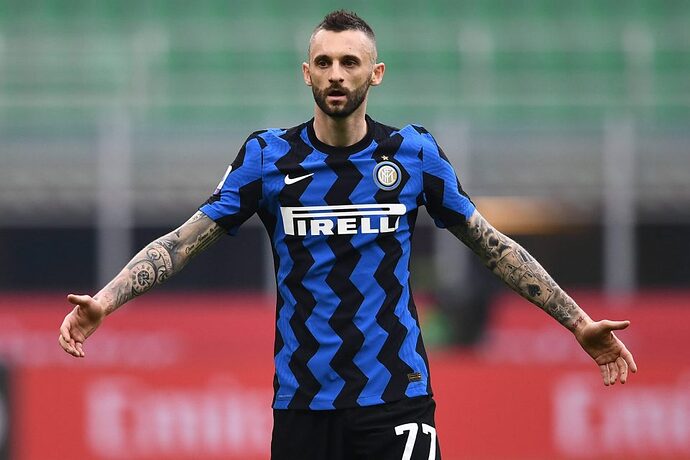 Manchester United have made buying a defensive midfielder a priority for next summer, according to ESPN sources, and the good news for the Old Trafford scouts is that there is plenty of potential value on the market.

Brozovic, an Inter midfielder, is undoubtedly the most sought-after free agent, with the Croatian already linked with a move to Spurs to work with former manager Conte. Boubacar Kamara of Marseille, Denis Zakaria of Monchengladbach, and Axel Witsel of Borussia Dortmund are all expected to be free agents next summer. 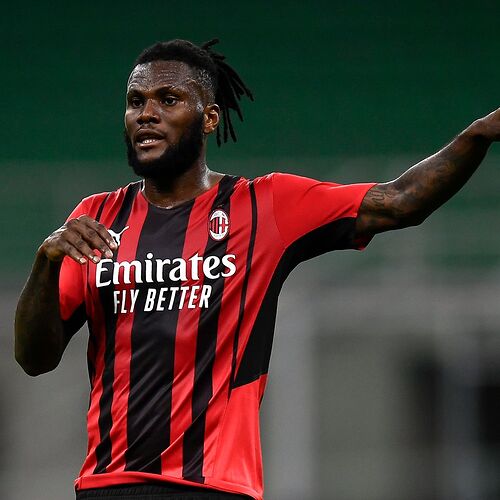 Paris Saint-Germain and Manchester United have both been connected with AC Milan midfielder Kessie, who will be 25 next month and will likely offer outstanding long-term value as a free agent next summer.

The Ivory Coast international has turned down Milan’s attempts to re-sign him, and it’s possible that a club will offer a fee for Kessie in January in order to persuade the Milan management before the summer window opens. But, if he sticks to his guns and finishes his deal, Kessie will be one of the most sought-after free agents after the season. 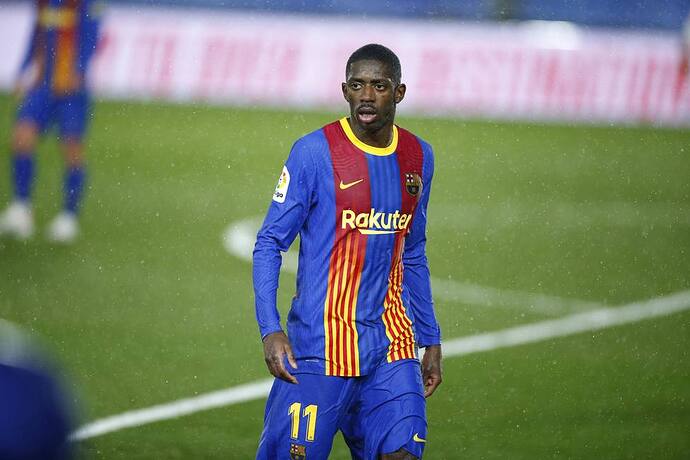 Dembele, 24, has had an injury-plagued career at Barcelona since joining for €105 million from Borussia Dortmund in 2017. In four years at Camp Nou, he has only made 119 appearances in all competitions. Despite his fitness difficulties, Dembele is still young enough to pique the interest of big European teams, and he may be an intriguing gamble for a top team next summer.