One of the most iconic circuits in F1 is the Circuit de Monaco, where this weekend’s race will be held. 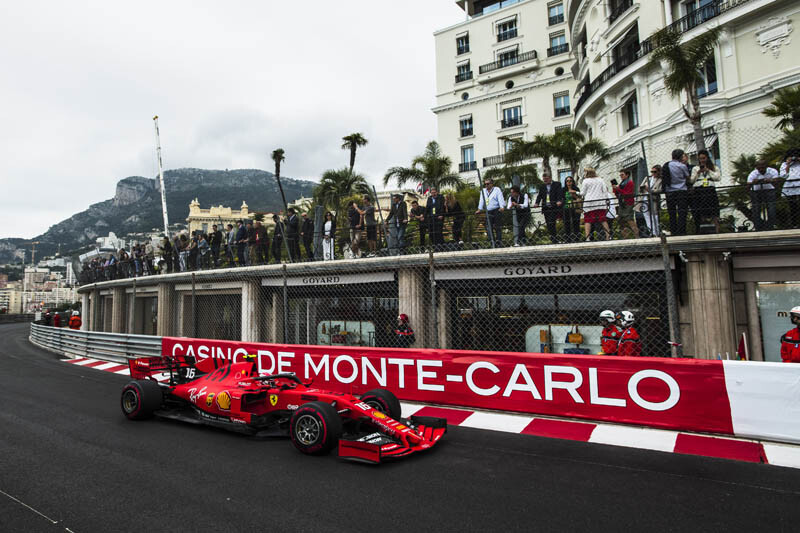 The street-style circuit is among the 4 still-existing original Formula 1 circuits from 1950. It has consistently been in rotation since 1955, save for last year’s cancellation due to the Covid-19 pandemic.

A great chance for drivers to showcase their skills and accuracy to the millimeter. 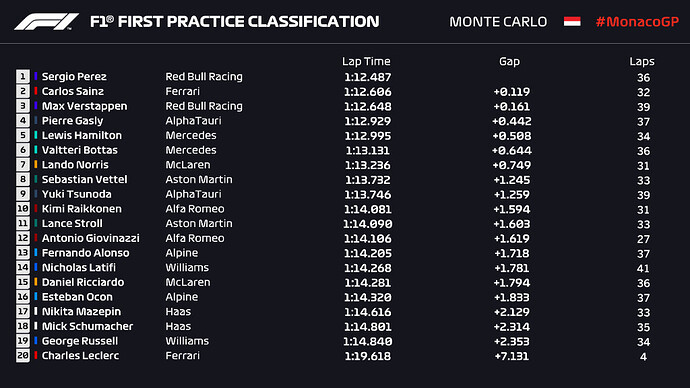 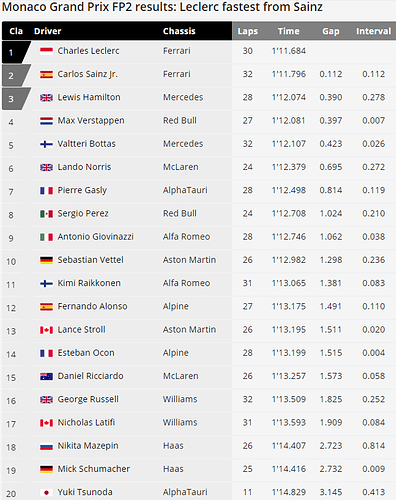 Ferrari’s Charles Leclerc made the BIGGEST turnaround from P20 in FP1 to P1 in FP2. The Monegasque driver’s first 2021 practice session at his home race had to be cut short due to gearbox issues, but he more than made up for it by leading the Ferrari 1-2 in the second session.

Meanwhile, Mercedes are either sandbagging or have issues with the car that need to be worked upon before the Qualifying round on Sunday. However, knowing Mercedes, it’s probably the former

Alpha Tauri’s Tsunoda put his own spin on Tokyo Drift as he had a brush with the barrier at the Swimming Pool (just past Turn 15) and had to stop his session after only 11 laps, thus placing him at P20. 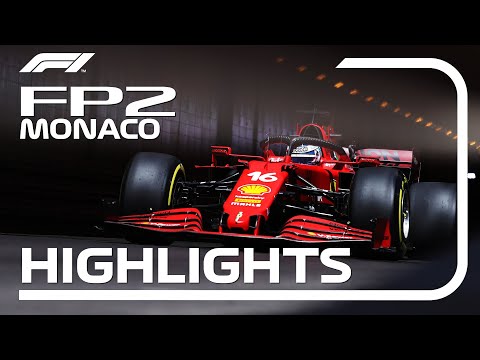 Red flags were brought out when Mick Schumacher crashed into the wall turning into Casino Square (Turn 4), signaling the end of the session.

Great and unexpected results from a great track with an unusual race schedule, what more could we fans ask for?

Instead of the usual Fri-Sat-Sun weekends, in Monaco, F1 weekends are as follows: FP1 and FP2 on Thursday, FP3 and Qualifying on Saturday, and finally, the Race on Sunday.

This odd schedule was followed in the original 1950 Monaco Grand Prix because the usual Friday Practice fell on a bank holiday and had to be thus accommodated. 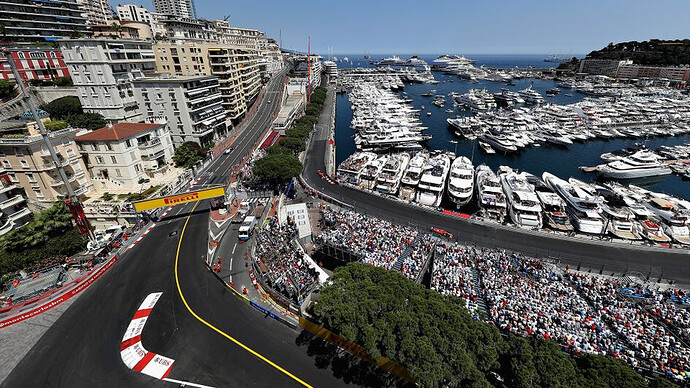 Monaco has kept up the tradition since, and it is now a great way for businesses and hotels to stock up for the busy weekend and increase the tourism revenue in the Principality! 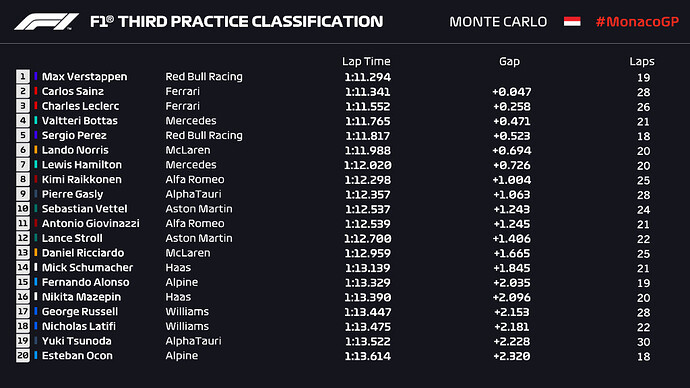 The Monaco FP3 proved to be quite eventful with 2 red flags and Hamilton being 7th fastest.

Max Verstappen tops the leaderboard by 0.047s, dashing Ferrari’s hope of another Practice 1-2.
Hamilton struggled without soft tire laps to help him speed up.

The first red flags were brought out as Williams’ Nicholas Latifi crashed at the Swimming Pool (seems like a trend this weekend) with 15 minutes left in the session, blowing his front wing clean off and mangling the car’s front right tire. Not how Williams would want their 750th race weekend to go 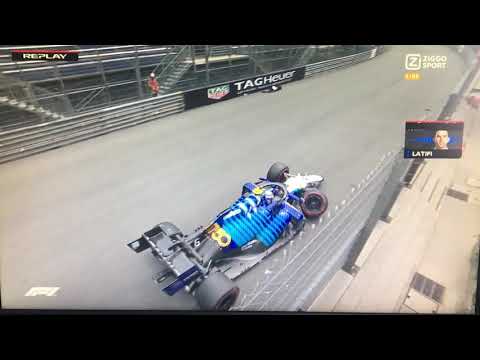 The second crash that brought the red flags out and stopped the session was Mick Schumacher at Casino Square (again). The driver crashed at the same turn at Thursday’s FP2 stopping that session as well, but this crash is significantly worse. 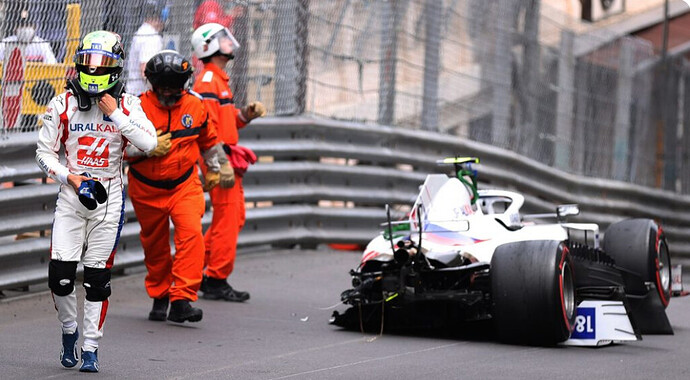 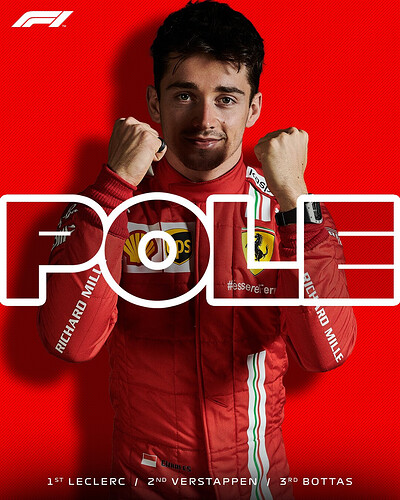 The Monegasque Ferrari driver crashed at Turn 16, with only 18 seconds remaining in Q3, which may not seem like a lot, but many drivers were disgruntled because it cost them their flying laps 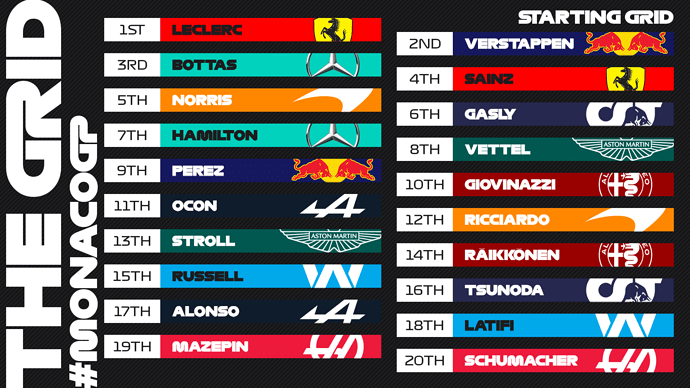 Having never made it into Q3 at his home race, this is a HUGE milestone for Leclerc. His luck at Monaco has been dismal so far, having DNFs both times he’s raced there.

Will he have a turn of fortune and actually win today’s race?

Will he have a turn of fortune and actually win today’s race?

Perhaps, but only if the crash hasn’t damaged his gearbox- a gearbox change would cost him a 5-place penalty

UPDATE: An initial inspection of the gearbox in @Charles_Leclerc’s car has not revealed any serious damage. Further checks will be carried out tomorrow, to decide if the same gearbox can be used in the race.#MonacoGP

many drivers were disgruntled because it cost them their flying laps

That’s putting it mildly. Here is a compilation of Verstappen, Sainz, and Bottas’ reaction to the session ending early

I can’t say I blame them. While Monaco is one of the most iconic races in terms of testing the drivers’ control and precision, it has been known to be more of a “procession” than a race because of its minimal overtaking opportunities.

In fact, 9 of the last 10 winners at Monaco have started at pole position. So it is TOTALLY understandable why all the drivers were this riled up.

BREAKING NEWS: CHARLES LECLERC WILL NOT START AT THE MONACO GP 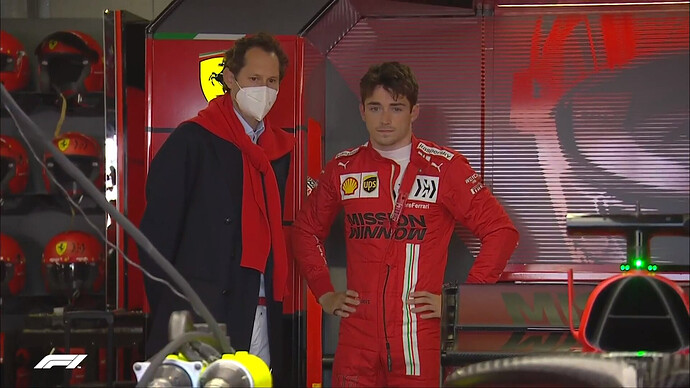 Yesterday, we all thought Leclerc’s Monaco curse was broken but today he has DNF-ed 3 for 3 at his home race.

Everyone was concerned about the gearbox of the Ferrari after yesterday’s brush with the barriers, but the team announced that the car was good to go.

Following further in depth checks this morning, no apparent defects were found on @Charles_Leclerc’s gearbox, therefore the Monegasque driver will start today’s race from pole position, as per the qualifying result.#essereFerrari🔴 #MonacoGP🇲🇨 pic.twitter.com/B4pk6MV6kb

However, during the warm-up lap, Leclerc reported an issue with his left driveshaft, an issue that could not be fixed by the beginning of the race

The Monaco and Netflix curses were supposed to cancel each other out, NOT double the bad luck!!!

Leclerc reported an issue with his left driveshaft, an issue that could not be fixed by the beginning of the race

I mean, surely even the clown strategists at Ferrari could’ve figured out that starting P6 by changing the gearbox would’ve been preferable to not even making it through the warm-up laps 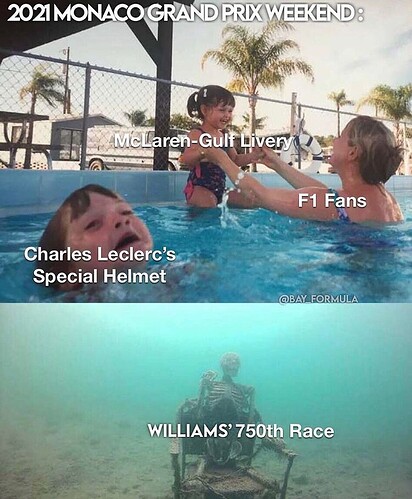 Here, have a meme to soften the blow 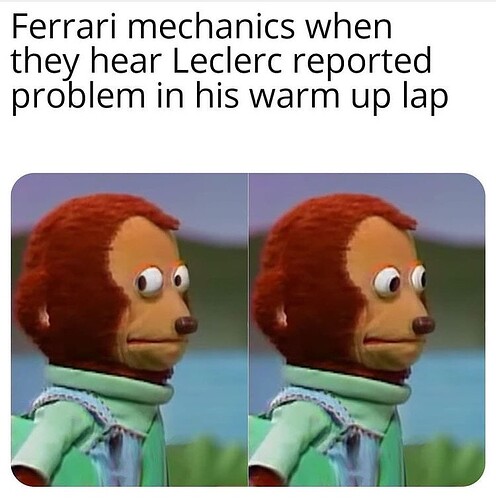 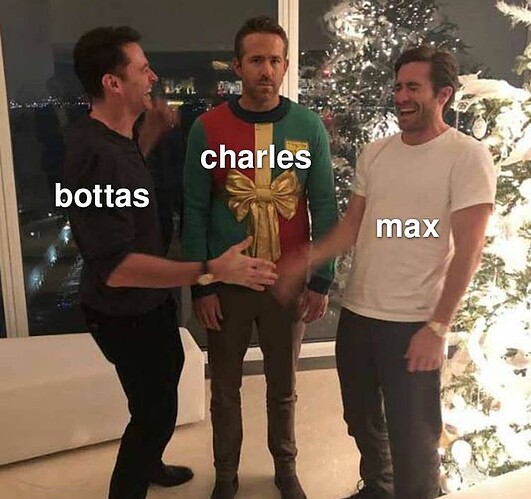 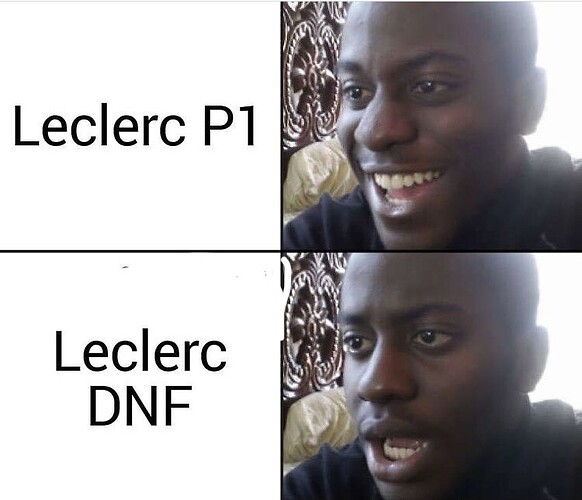 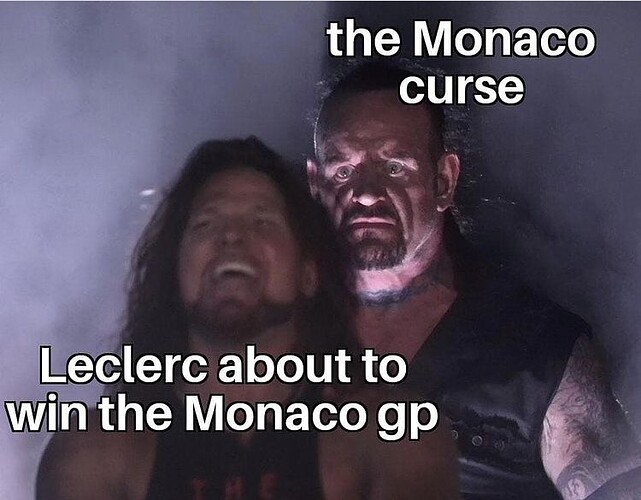 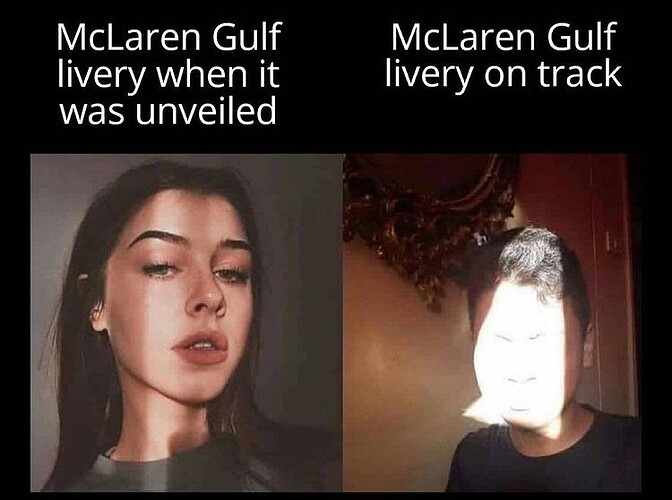 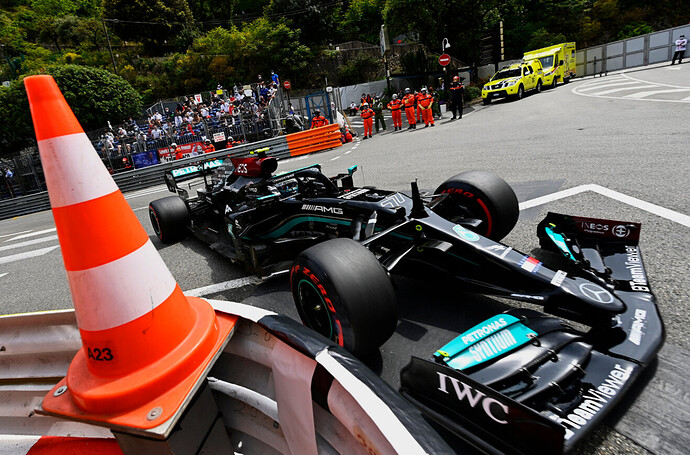 Funny, since he didn’t FINNISH the race

TBH I think that there is likely to be very little change to the current leaderboard, if at all. 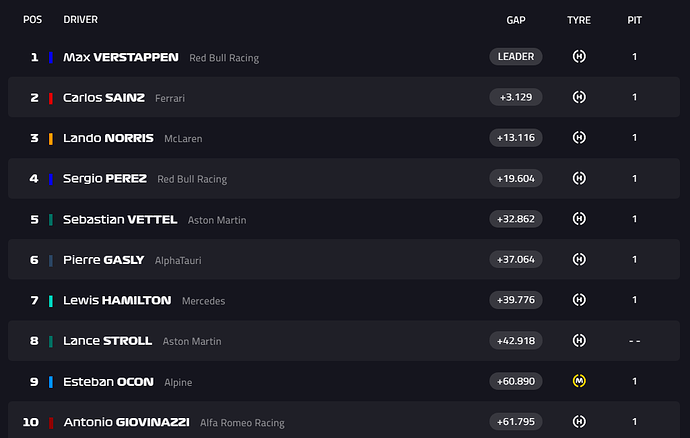 Monaco is not known for its overtaking opportunities, and save for a few switcheroos at the bottom and off-chance crashes, the Principality will likely live up to its moniker of a Procession

Lance Stroll was under investigation for failing to keep to the right of the track at the Pit Exit. However, the FIA decided to take no further action on the issue.

Meanwhile, Lando Norris and Sergio Perez are battling it out for that P3 podium place- Norris has a reduced pace but is defending his position beautifully.

In an unexpected turn of events, Yuki Tsunoda, who is currently P16, set a new track lap record of 1:14:037 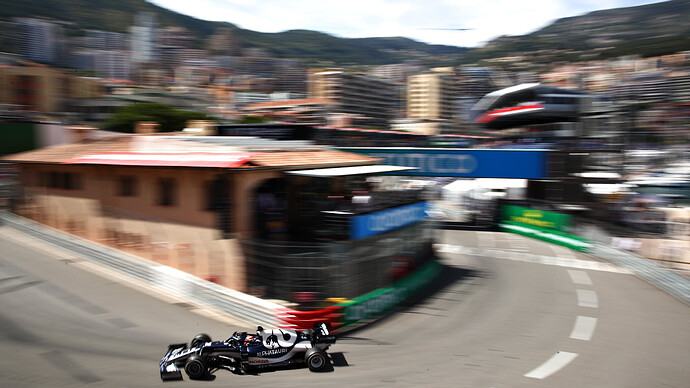 Nevertheless, kudos Tsunoda, keep it up 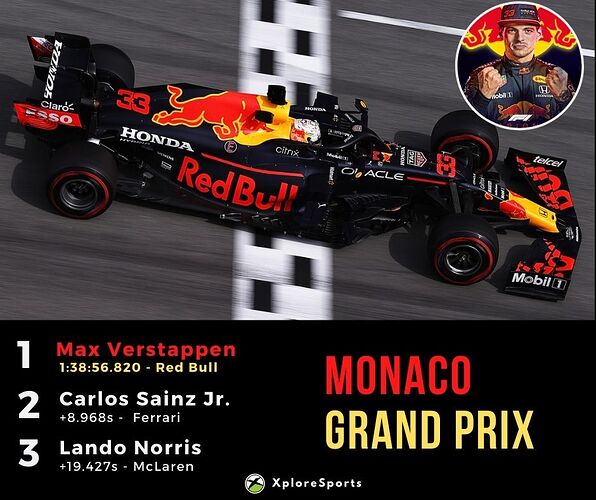 TBH I think that there is likely to be very little change to the current leaderboard, if at all.

You were right, there was ABSOLUTELY no change to the leaderboard since then.

An especially amazing drive by Verstappen, Sainz, and Norris

At least he got the extra point for the Fastest Lap.

Meanwhile, Sebastian Vettel won Driver of the Day by coming in P5, his best finish in over a year

What a wonderful end to a beautiful race