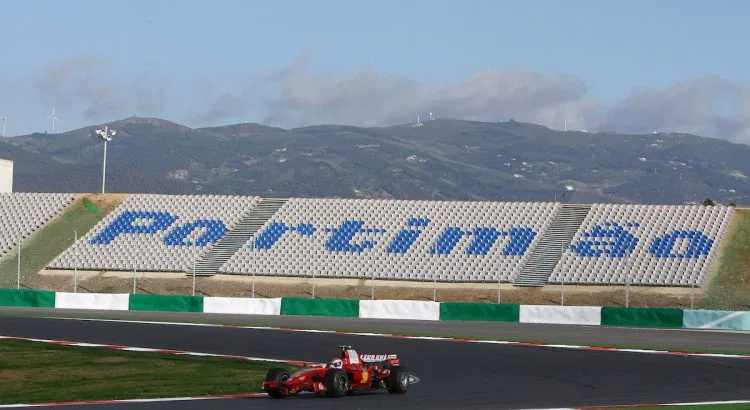 This Sunday’s race is at the Autódromo Internacional do Algarve in Portimão, Portugal.

This is the first time that the track is hosting a Formula 1 race, much like the Mugello track.

A gold mine of s

According to Redbull driver Alex Albon, the swooping up-and-down terrain of the track makes it feel “like you’re on a rollercoaster”

Can’t wait to see what this weekend holds for us! 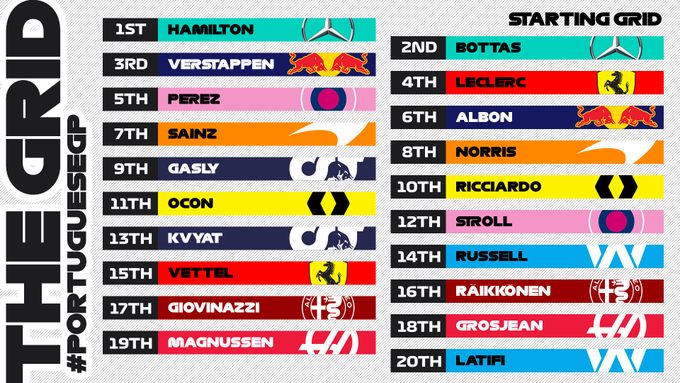 The Portugal GP is off to a fabulous and rather surprising start, with McLaren’s Carlos Sainz taking the lead

Moreover, it has started drizzling at the circuit, which coupled with the undulating terrain of the track, is making for a very exciting race indeed.

Additionally, an incident occurred between Perez and Verstappen within the first 10 seconds of the race, sending Perez careening off the track and briefly bringing out the Yellow flag.

Norris and Stroll make contact on the 18th lap of the race, sending them both into the pits with damages to the wings of their cars. Stroll faces a +5s time penalty to be served in the pits for causing the collision.

No DNFs so far, but it seems like it’s only a matter of time now!

Meanwhile, Hamilton is back in the lead, closely followed by Bottas and Verstappen.

Lance Stroll receives a +5s penalty for the second time today for breaching track limits. Things are NOT going well for the Canadian driver

Romain Grosjean receives a +5s penalty for the same violation.

Lance Stroll retires on the 52nd lap of the race, making it his 4th consecutive DNF.

Bottas comes a distant P2 by over 25 seconds, the longest win distance this season.

Hamilton also set the Lap Record for the Algarve Circuit at 1:18.750 minutes. 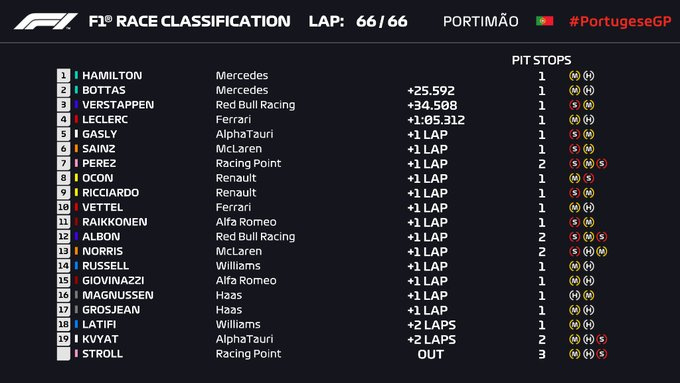