MAX VERSTAPPEN IS OUT OF THE RACE 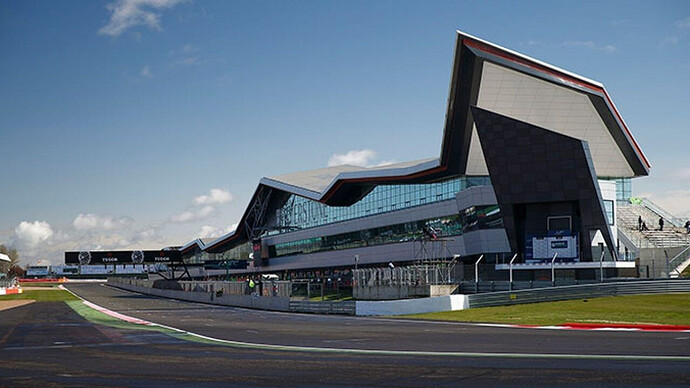 Crashing into the barrier in the first lap of the race upon contact with Hamilton, the Dutch driver has retired from the race with considerable damage to his car.

The Red Flags have been brought out

Vertsappen seems to be ok physically, but what a frustrating moment for the Championship leader

The incident is being investigated by the FIA to determine whether Hamilton will be penalized. 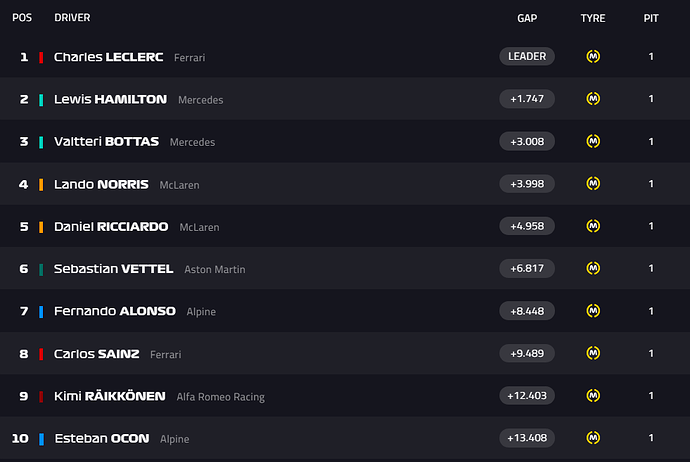 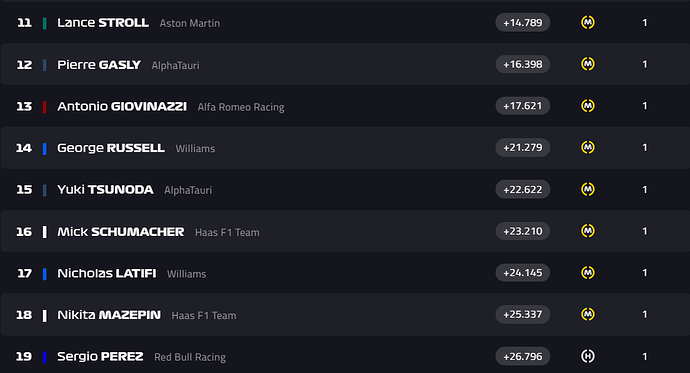 Here’s the driver lineup for the race restart

UPDATE: Lewis Hamilton gets a +10s penalty for causing the collision between him and Verstappen in the first lap of the race.

He will serve the penalty in the pits once he stops for a fresh set of tires.

Sebastian Vettel is the second retirement of the race.

The seasoned driver was lagging behind since his spin in the first couple of laps, and was instructed by his team to retire the car in lap 41/52. 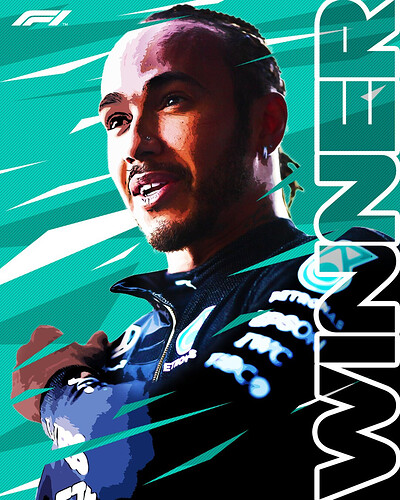 What an amazing drive by the GOAT

And that overtake of Charles Leclerc 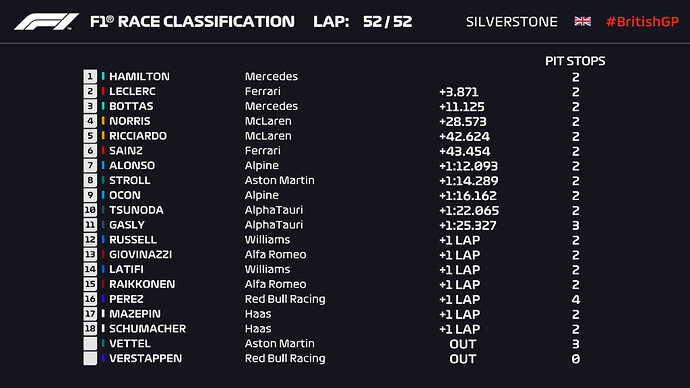 Here are the final standings for today’s race!

Hamilton wins British GP but is accused of ‘dirty driving’ after Verstappen shunt.

Not since 2013 had Hamilton gone five races without a win, but he’s back now!

Hamilton says having won today is “mentally overwhelming”, thanking his home crowd – “Nowhere we go we see people like this, they ain’t got what we got!” 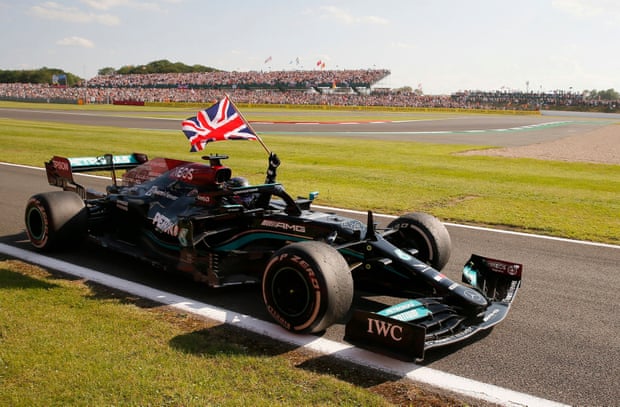