The end of the 2020 season of Formula 1 is near, the final race being on the 13th of December in Abu Dhabi

The 2021 season is expected to start in March 2021, so it is about time that next year’s driver lineup be finalized. 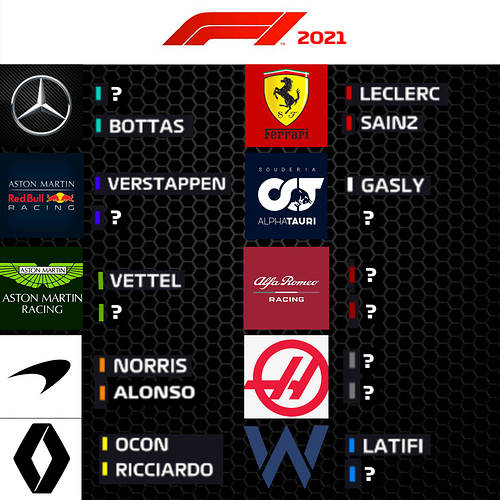 Pictured above, you can see which seats have been confirmed and which are yet to be filled.

Haas will have a completely new driver lineup, with Magnussen and Grosjean both announcing their departure from the team last week.

It is no surprise to anyone that Alex Albon’s seat for Red Bull has not been confirmed for the 2021 season, what with his shaky performance of late and Red Bull’s notorious reputation for getting rid of drivers.

What really DOES come as a surprise, is that Lewis Hamilton still hasn’t renewed his contract with Mercedes for next year

Will he be retiring already? We hope not (although a break from his dominance in the races might be a fresh breath of air

Williams’ George Russell has a contract that guarantees him a seat for the 2021 season, but recent rumors suggest that the new owners may be considering backing out of the deal

Word on the street is that Sergio Perez will probably be filling the second seat at Williams in 2021.

While Lance Stroll is most probably a shoo-in for the vacant Aston Martin seat, his recent pitiful performance may encourage the team to look for greener pastures.

No drama when it comes to the unconfirmed seats of Kimi Raikkonen, Danii Kvyat, and Antonio Giovinazzi, but the latter two will probably be replaced by new drivers the likes of Mick Schumacher, Callum Ilott, or Nikita Mazepin. 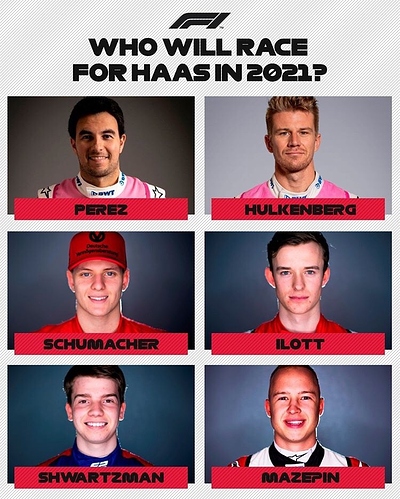 According to the Formula 1 fanbase, these 6 drivers are the best candidates to fill the 2021 Haas seats. Let’s get to know them a little, shall we?

And there we have it! Who do you think will drive for Haas next year? 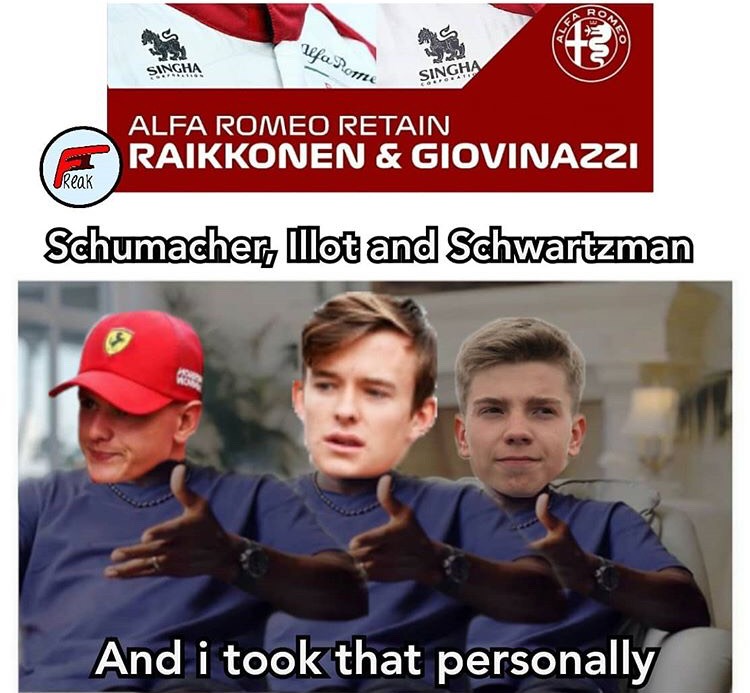 Alfa Romeo Racing has confirmed that they will be retaining both Gio and the Iceman, at least for the 2021 season. 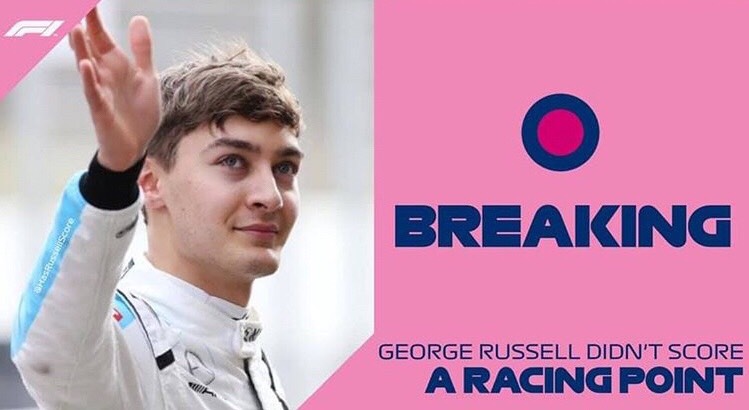 Despite being the butt-end of many such memes, George Russell has been confirmed to hold a 2021 seat for Williams Racing

That’s another door closed for Checo Perez- will he return to the paddock next year???

F1 has announced the provisional race calendar for the 2021 FIA Formula 1 World Championship which will be submitted to the World Motor Sport Council for approval. 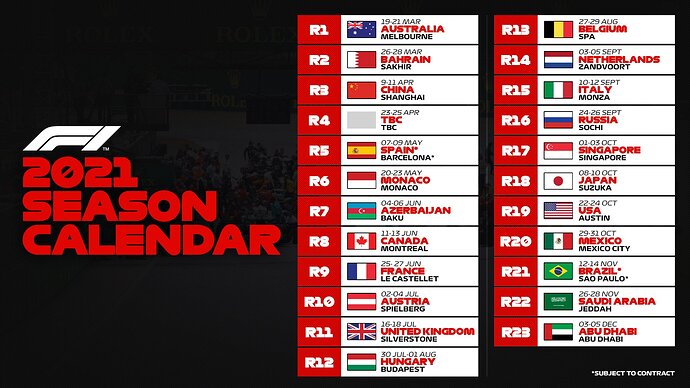 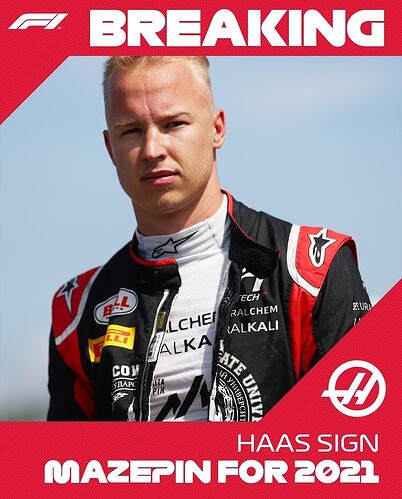 Haas will have a completely new driver line-up next year, with both Grosjean and Magnussen leaving the team after the end of the 2020 season.

Haas has confirmed that Nikita Mazepin, a Russian Formula 2 driver for the 2021 season. They are yet to confirm who will hold the second seat. 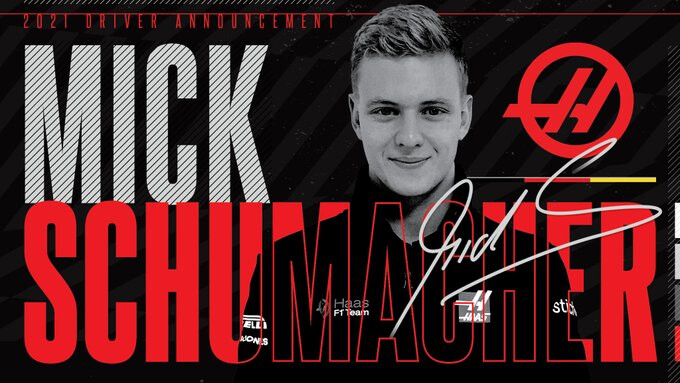 Mick Schumacher set to make his F1 debut as he signs a multi-year contract with Haas Racing. Hope he doesn’t turn into another George Russell by signing with a back-of-the-grid team 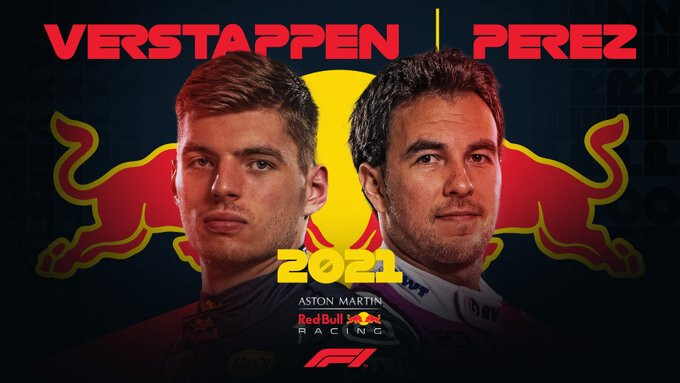 A bittersweet moment for us F1 fans- on one hand, Checo gets the seat he deserves but on the other, Alex Albon will be out of a seat for next year, leaving the Twitch Quartet incomplete

Albon will be a Red Bull reserve and test driver, focusing his energy on getting back in the game in 2022. Good Luck Alex!!! 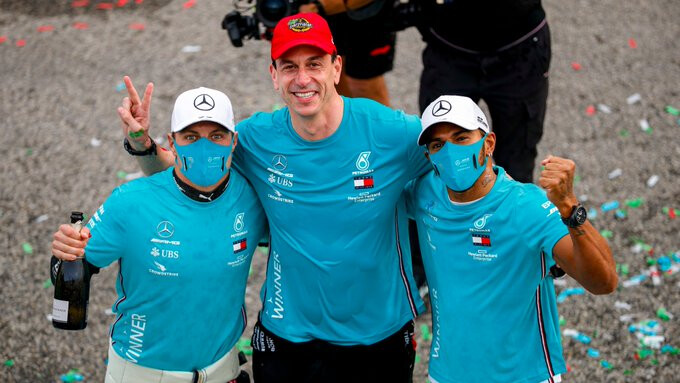 Previously rumored to retire after this season, Toto Wolff has signed a 3-year contract with Mercedes and will remain the Team Principal for that duration

Does this mean that George Russell has a better chance of getting his Mercedes seat soon? I sure hope so! 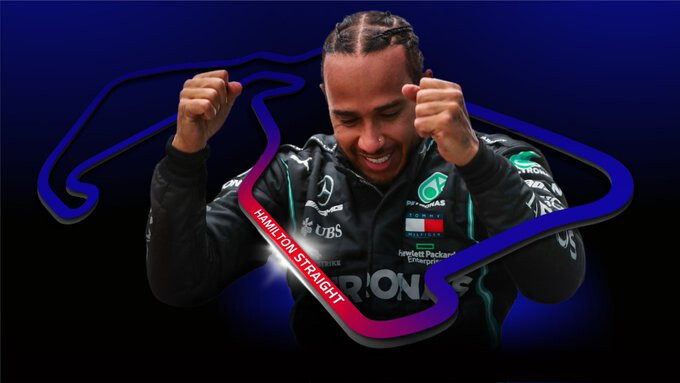 In honor of the 7-Time World Champion, the pit straight at the Silverstone track has been named the “Hamilton Straight”. What an honor for Lewis! 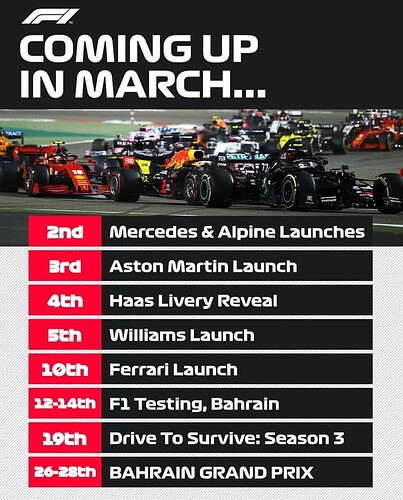 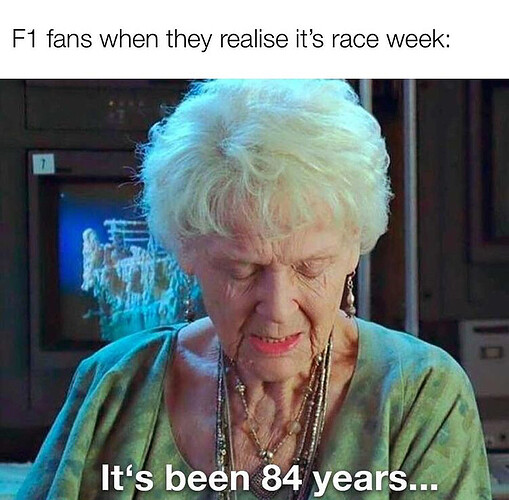 Here’s the updated and final F1 2021 race schedule, with the addition of a brand new circuit, the Jeddah Street Circuit. The race will be the penultimate one of the season and looks to be a total blast with its hairpin structure! 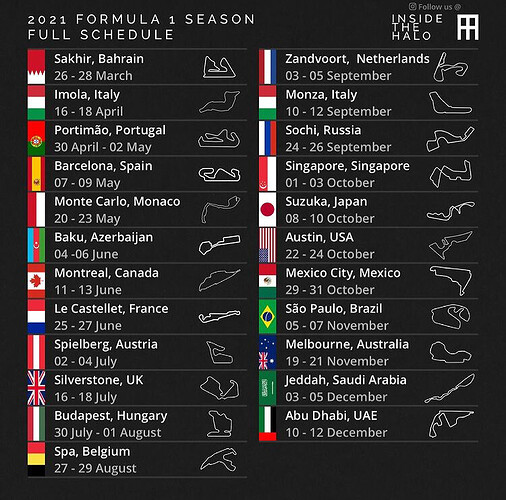 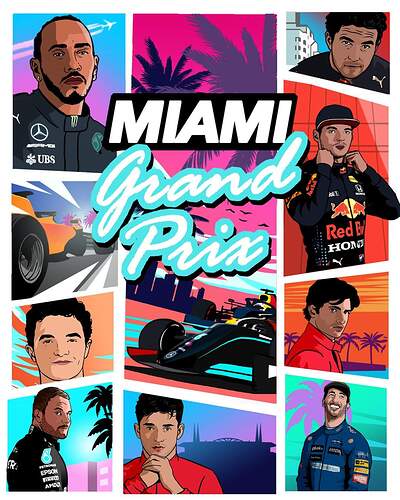 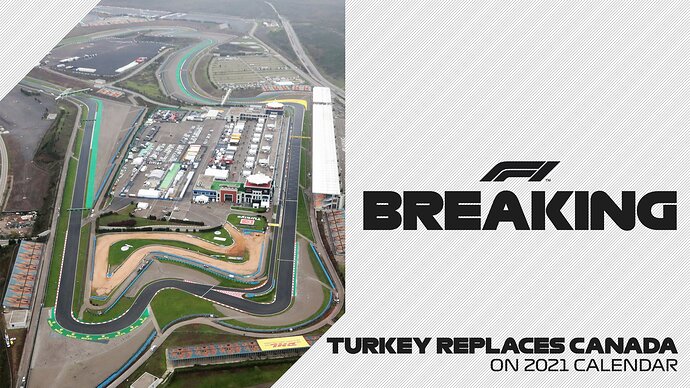 Due to international travel restrictions in Canada, the Grand Prix scheduled for June 11-13, 2021 has been moved to Istanbul, Turkey 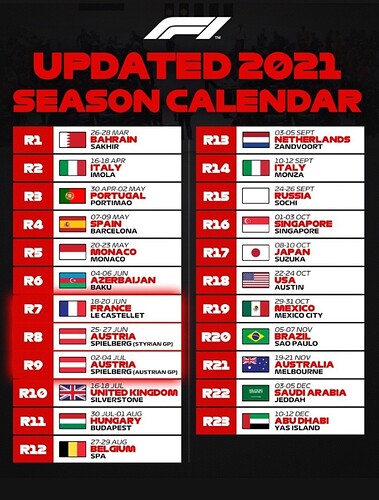 Due to travel restrictions in Turkey, the French Grand Prix has been moved to the weekend of 18th June, while the Turkish race has been replaced by a second Austrian GP!!

A momentous day for Lewis Hamilton 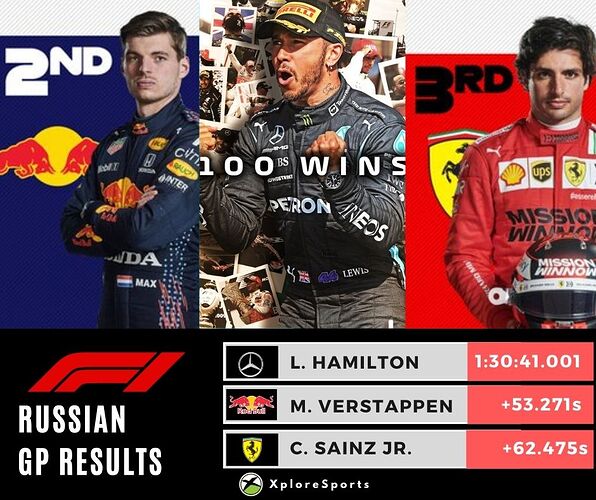 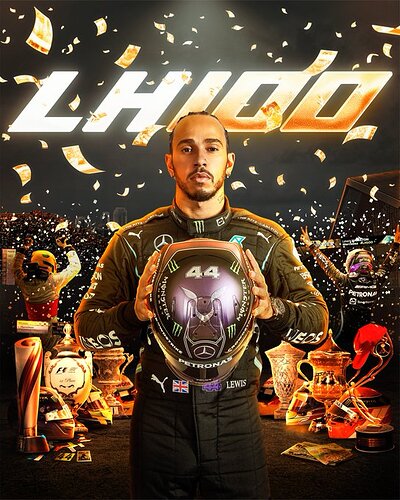 Not his day in the end… But

Lando Norris was the F1 DriverOfTheDay 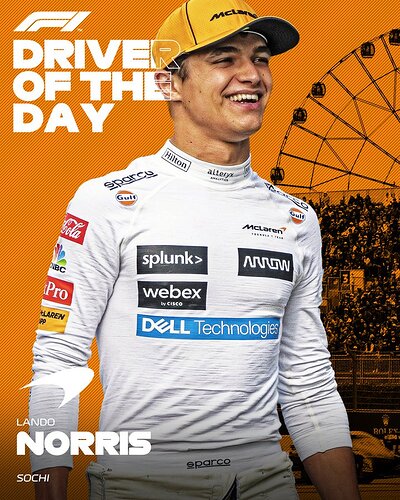 Verstappen took his first Formula One title, denying rival Lewis Hamilton a record eighth, with a last lap overtake to win a season-ending Abu Dhabi GP that started and ended in drama and controversy.

A stunning performance by an extraordinary talent, and an outstanding season of racing: Max Verstappen 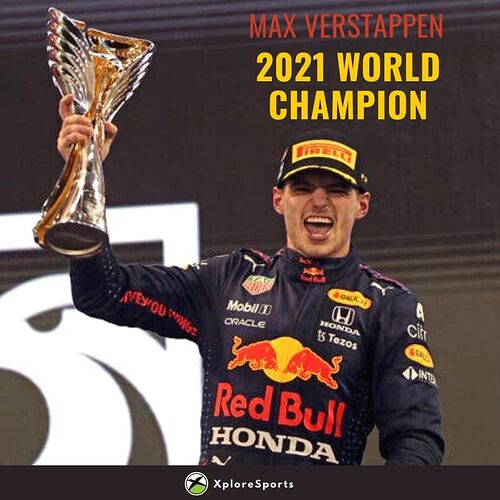 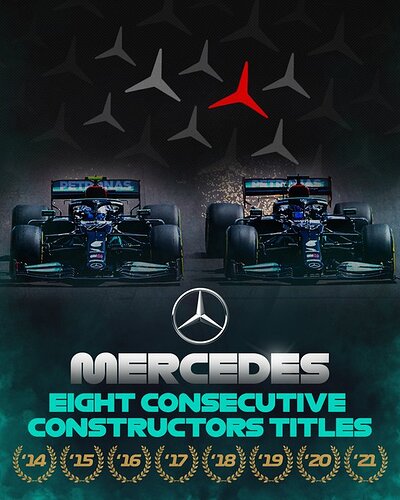