🏎 Forever immortalized in F1 history. Niki Lauda, The man who made the greatest comeback ever

Andreas Nikolaus Lauda (22 February 1949 – 20 May 2019) lovingly called Niki Lauda was an Austrian Formula One driver and till present the only champion driver of the two most popular and prosperous sports constructors - the ‘McLaren’ and the ‘Ferrari’.

Nicknamed ‘the rat’, later the ‘SuperRat’ and finally the ‘King Rat’, Niki was a three time ‘F1 World Champion’ and is considered by some as one of the greatest F1 drivers of all time.

On August 1, 1976, he met with a severe accident during the second lap of the ‘German Grand Prix’. His Ferrari swerved from the track and after hitting an embankment skidded back in the path bursting into flames. Trapped in the wreckage, he inhaled toxic gases and endured severe burns.

Just 42 days after the crash, Lauda was again behind the wheel and took fourth place in the Italian Grand Prix in Monza and made the most amazing comeback ever in the history of sport as he went on to become world champion two more times, in 1977 and 1984, following his first Formula One title in 1975. He is one reason for making F1 a global sport.

In 1979 he suddenly took retirement from Formula 1 racing and returned to Austria to manage ‘Lauda Air’, the charter airline company that he had founded. He made a comeback to the racing track in 1982 after proving his mettle at the test conducted by McLaren.

He was also an aviation entrepreneur as he founded and ran three airlines, namely Lauda Air, Niki and Laudamotion.

After his retirement he became a consultant for ‘Ferrari’ in 1993 accepting the offer of Luca di Montezemolo. From mid-2000, he served the ‘Jaguar’ Formula One racing team as its team manager. He was inducted by ‘Mercedes AMG Petronas F1 Team’ in September 2012 as a non-executive chairman.

The rivalry between Lauda and James Hunt during the 1976 F1 season was the basis of the movie “Rush” (2013). He was inducted into the International Motorsports Hall of Fame in 1993. 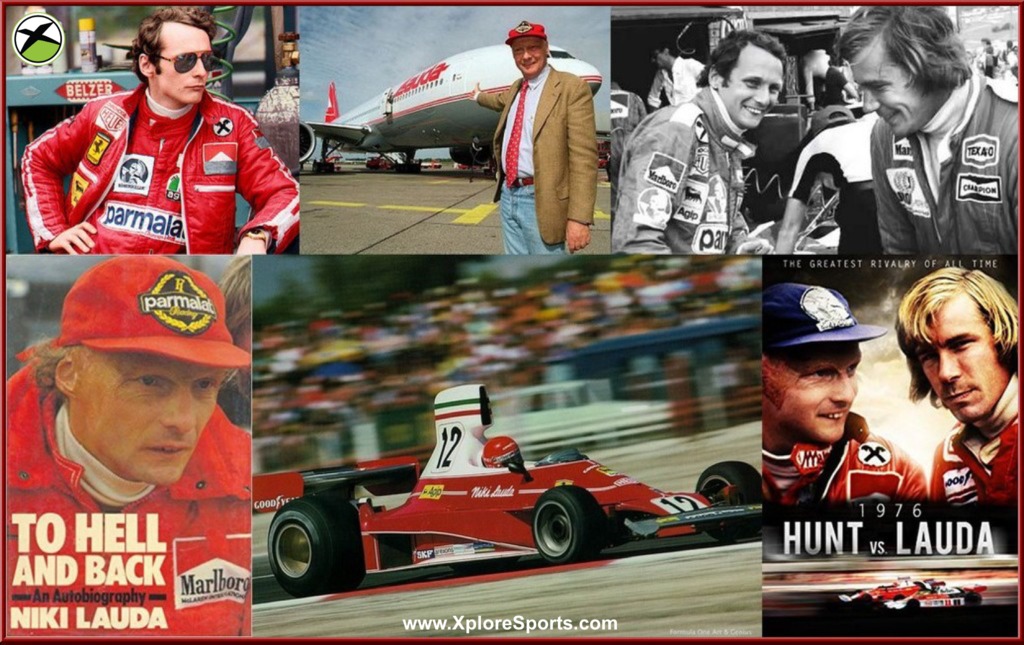 A F1 legend. A true racing hero. A fighter till the end. RIP Champ! You will be missed.

Enzo - Ferrari Boss: How much money do you want more to continue with Ferrari?
Niki : Nothing! I am leaving!
Niki : When I left the meeting I felt completely happy and light as a feather. The Ferrari pressure to perform…was lifted off the shoulders.
Looking back it was not the best decision but at that time it was the right decision for me even if it was wrong.

What a man of resolute! It takes tremendous self-confidence to walk away from the greatest offer and yet be at peace. Also admire his humility in later accepting that it was a big mistake to leave Ferrari.

Hats off to the greatest legend! RIP Niki Lauda.

Thank you so much for the great and wonderful memories! RIP 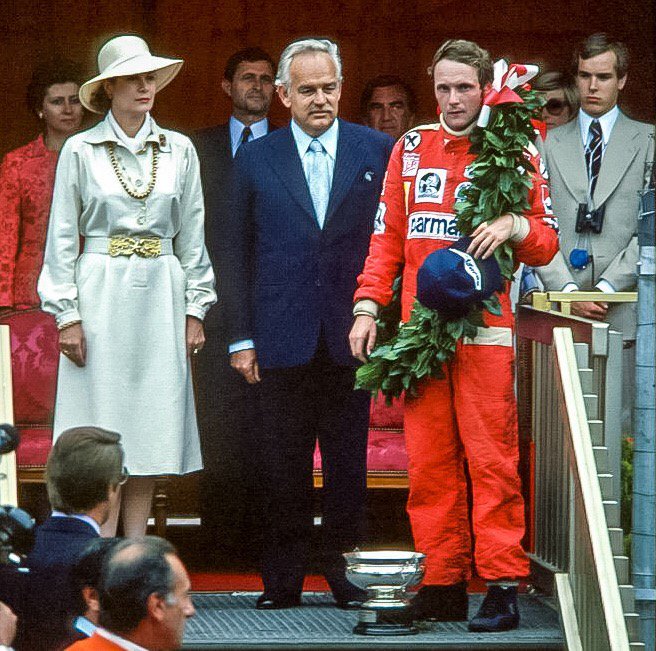 The most that strikes me about Niki is his fighting spirit. Here was a man who had cheated death, been given the last rites, and raced a Grand Prix car again a few weeks later with blood seeping into the bandages still covering the burns on his face.

He suffered third-degree burns to his head and face and inhaled toxic gases that damaged his lungs after his vehicle burst into flames at Nurburgring. He was given the last rites in hospital but made an almost miraculous recovery and returned to racing, still bandaged, just 40 days later.

He also underwent two kidney transplants, the second donated in 2005 by his then-girlfriend Birgit Wetzinger, a former flight attendant for his airline whom he married in 2008.

He underwent a lung transplant in August 2018.

And with all this he kept going on with his salty smile!

Sheer mental toughness. Imagine the huge hue and cry people shed on sustaining minor injuries in other sports! Here was a guy who came back on foot, driving for real in all blood and flesh despite having been caught up in that unforgettable inferno at Hockenheimring! Just who would’ve imagined that?

RIP Legend , thanks for so many memories…

"His unique achievements as an athlete and entrepreneur are and will remain unforgettable, his tireless zest for action, his straightforwardness and his courage remain a role model and a benchmark for all of us.”

Rest In Peace my brother.