With matchday 24 of the English premier league scheduled for the weekend, space has been created for the 5th round FA cup ties which are set to take place between today, 9th February and Thursday, 11th February, 2021.

The FA cup 5th round comes with a host of mouth watering fixtures including the ones involving Manchester United and West ham and Tottenham Hotspurs and Everton.

Ole Gunner Solskjær’s side who eliminated struggling Liverpool will be looking forward to progress out of the 5th round but will have face a buoyant West Ham side who sit 6th on the Premier League table after 23 games.

At Goodison Park, Everton will welcome Tottenham Hotspurs who bounced back from their defeat against Chelsea to secure a win at the weekend upon the return of Harry Kane to the starting lineup.

Other Premier league clashes in the FA cup 5th round are the games between Wolves and Southampton and the one involving Leicester City and Brighton. 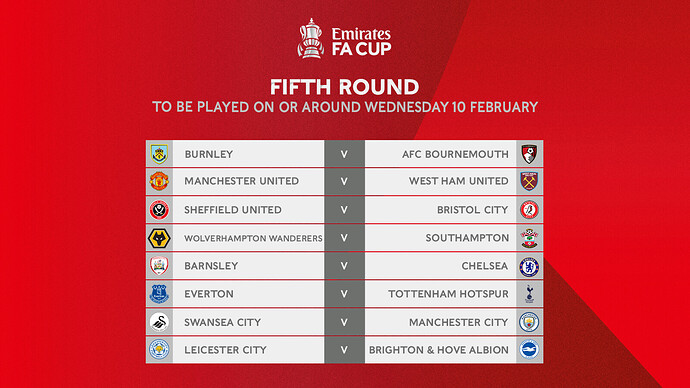 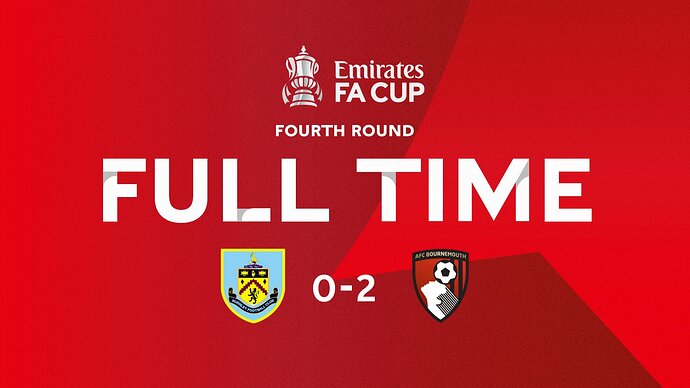 Manchester United advance to the Quarter final of the FA Cup after a 1-0 extra time win over West Ham United at Old Trafford, thanks to McTominay 97th minute strike… 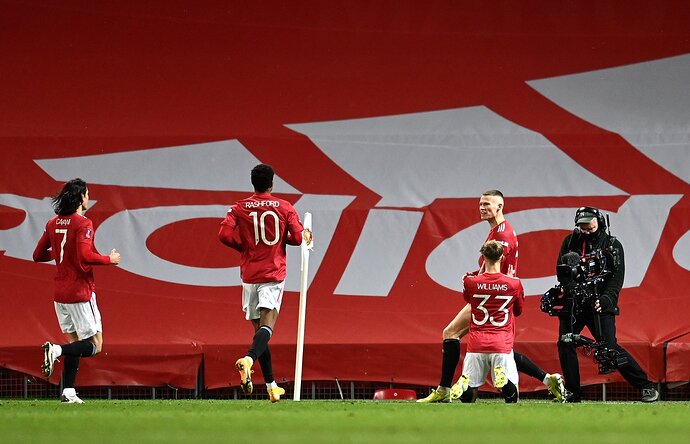 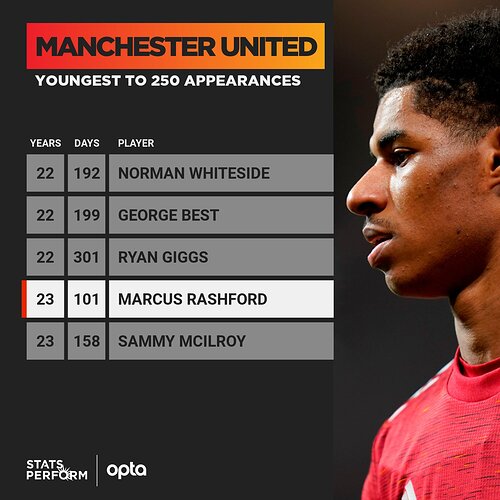 Scott McTominay has scored seven goals in his 30 appearances in all competitions this season, the same number has he managed in his 84 other Manchester United matches prior to this campaign. 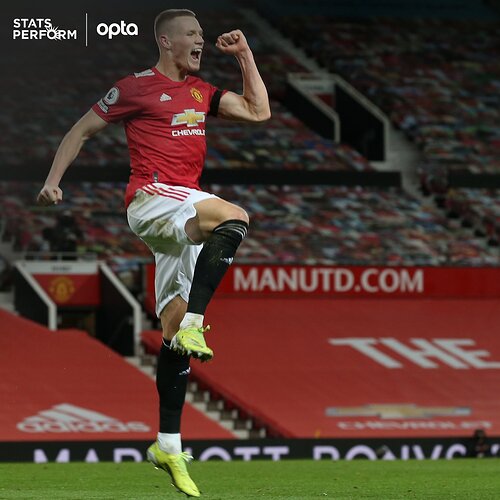 Manchester United have won their last nine home FA Cup matches, their joint-longest home winning run in the competition, equalling their nine consecutive wins between 1908 and 1912. 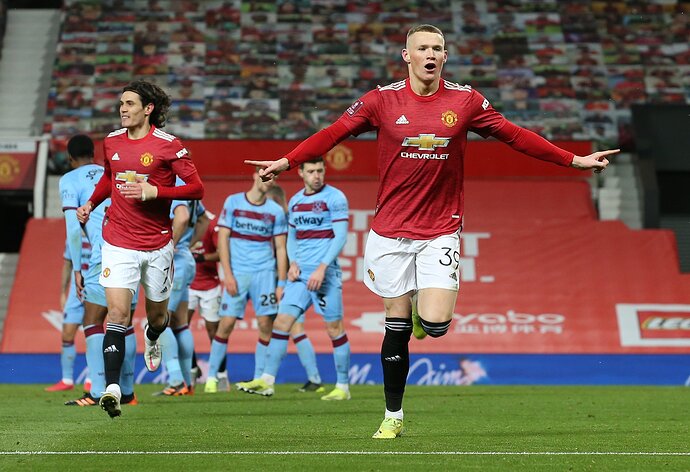 West Ham managed just three shots against Manchester United, the fewest by a team in an FA Cup match (first round onwards) that went to extra-time since Bury against Bradford City in a third round replay in January 2016 (also 3). 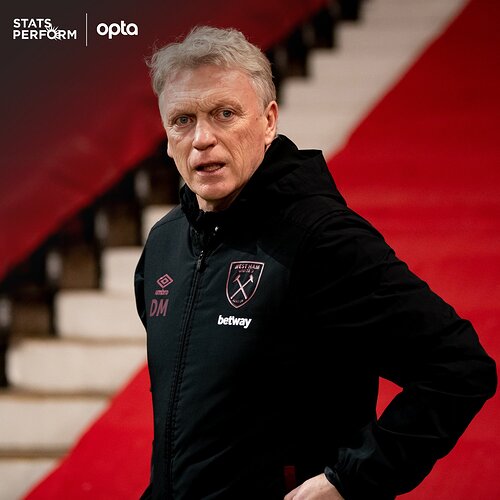 No Manchester United player made more tackles (4) or more interceptions (4) than Aaron Wan-Bissaka against West Ham.

It’s just what he does. 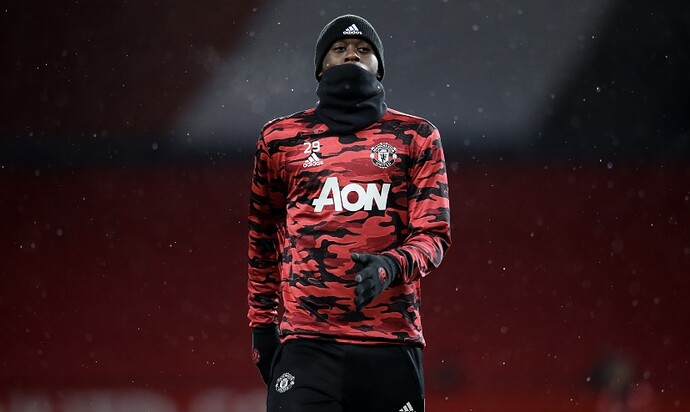 Scored against Everton on Saturday. 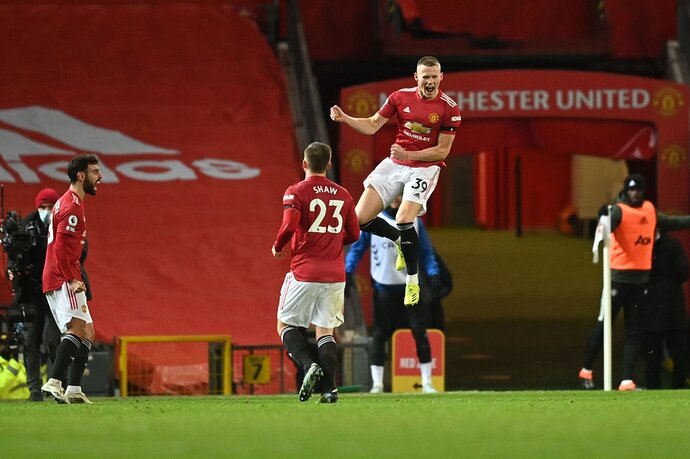 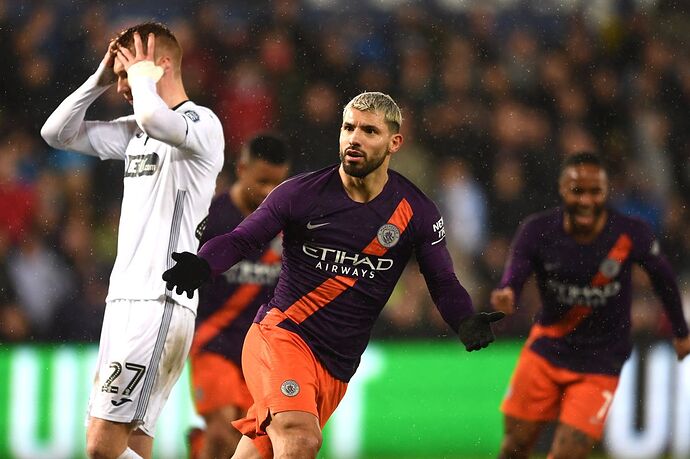 Manchester City will be looking to extend their incredible winning run when they travel to Swansea City in the last 16 of the FA Cup on Wednesday evening.

The Premier League leaders have won 14 games in a row in all competitions, though they face a potentially tricky test against fellow in-form side Swansea.

City are unsurprisingly the strong favourites to go on and win a fifth Premier League title in the past decade, and they are also the favourites to win the FA Cup for a seventh time in their history.

However, Swansea are themselves in good form at the moment, sitting one point outside the Championship automatic promotion spots thanks to a run of six wins and two draws in their last eight league outings.

In all competitions, meanwhile, Steve Cooper’s side are 10 without defeat, winning eight of those, having also overcome Stevenage and Nottingham Forest in rounds three and four of the FA Cup.

This is a competition Guardiola has clearly taken to, having won 18 of his 21 ties. Since the Catalan coach’s first season in England, City have scored more FA Cup goals than any other side (65).

Still, this is a competition that has built a reputation down the years for providing big upsets. Swansea, who have reached the quarter-finals in two of the last three seasons, will be looking to add their name to that list with victory on Wednesday.

Manchester City will remain without Sergio Aguero, Kevin De Bruyne and Nathan Ake for the match.

Aguero, who scored a controversial late winner when the sides last met in the FA Cup in 2019, returned to training on Monday after testing positive for coronavirus, but is not yet in contention to play.

This is the first meeting between Swansea and Man City since their only previous FA Cup tie against each other in March 2019, the Citizens winning 3-2 en route to winning the trophy. 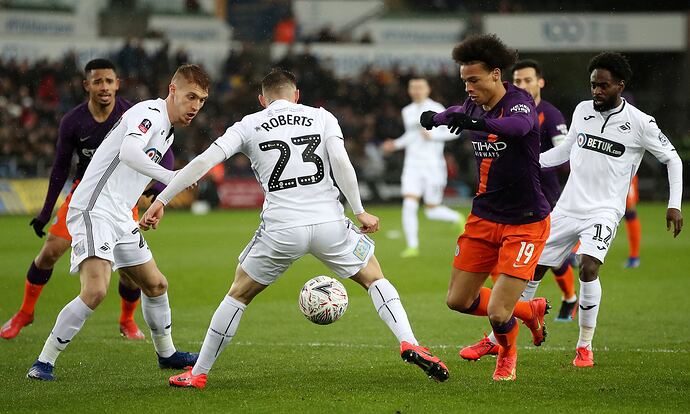 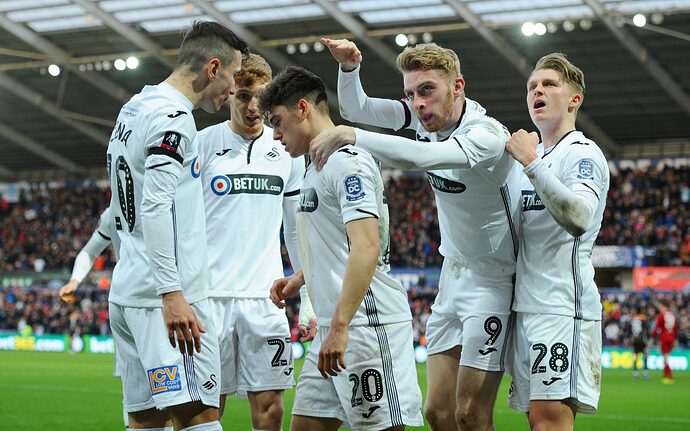 Man City’s Phil Foden has been involved in nine goals in nine appearances in the FA Cup (6 goals, 3 assists). He could become the first Man City player to score in the third, fourth and fifth rounds of the competition in the same season since Shaun Goater in 2000-01. 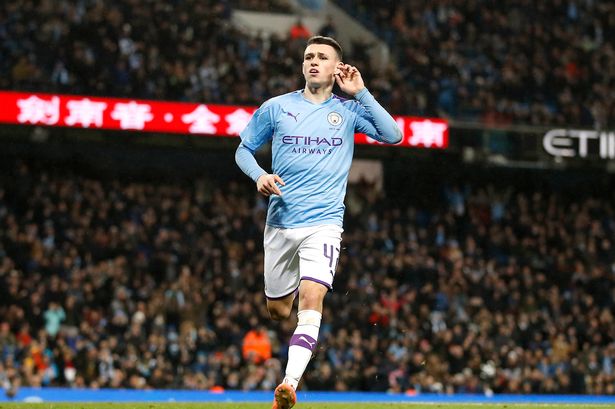 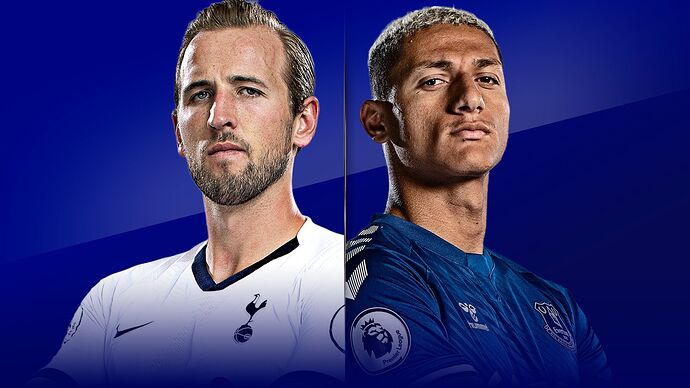 Carlo Ancelotti will be raring to outsmart Spurs on such an occasion, which could allow the Merseyside team to establish their potency. In spite of their roller-coaster run in the Premier League, Everton consider this competition as an inflammatory opportunity to showcase their strength.

After their victory over Sheffield Wednesday in the fourth round, the Toffees have been going through an inconsistent patch in their league campaign. Ancelotti’s men denied Manchester United in their last league fixture, which ended in an intriguing 3-3 draw. The Everton manager will back his charges on such an occasion, aware of Spurs’ inconsistent procession.

On the other hand, Tottenham need to be more precise in their approach to get a hold of the hosts, as this tie could play a pivotal part in their hunt for silverware. The Londoners had galvanized Wycombe Wanderers by a 4-1 scoreline in the fourth round, and they would fancy another such performance this time.

Everton and Tottenham have already faced each other once in this season, with Spurs being beaten by the Toffees 1-0 in a close encounter at the Tottenham Hotspur Stadium in September.

Dele Alli could return to the Tottenham bench. Serge Aurier (calf) is a doubt, while Sergio Reguilon (muscle) and Giovani Lo Celso (hamstring) are definitely out.

Everton are looking to reach the FA Cup quarter-final for the first time since 2015-16. The Toffees have lost their last four ties in the competition against fellow Premier League opponents. 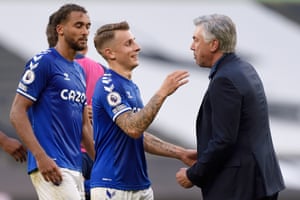 Tottenham have been knocked out of 10 of their last 15 FA Cup ties against fellow Premier League opponents, going out at this stage of the competition last season against Norwich. 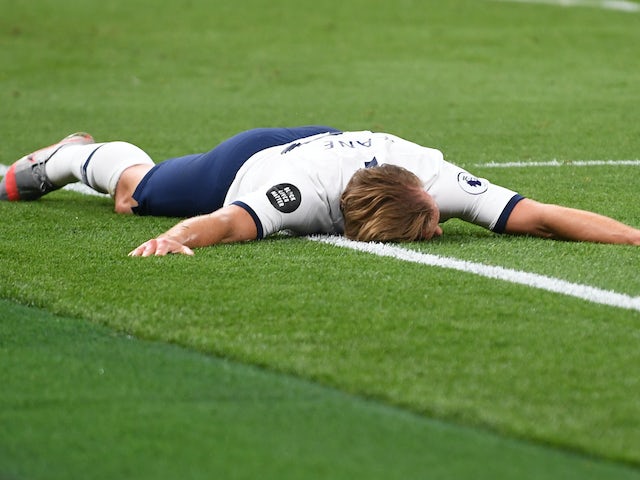 Son Heung-min has been involved in 20 goals in 22 appearances in the FA Cup (12 goals, 8 assists), including an assist from the bench in Spurs’ 4-1 win at Wycombe in the last round. 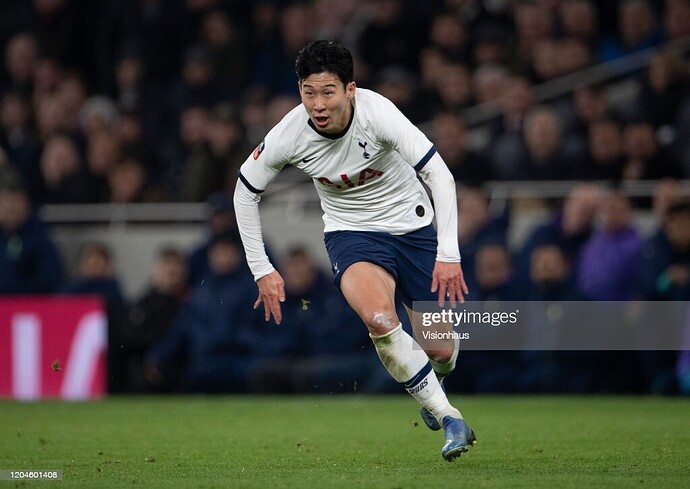 James Rodríguez has provided the assist for three of Everton’s five FA Cup goals this season, while all five goals have been scored by a different player. 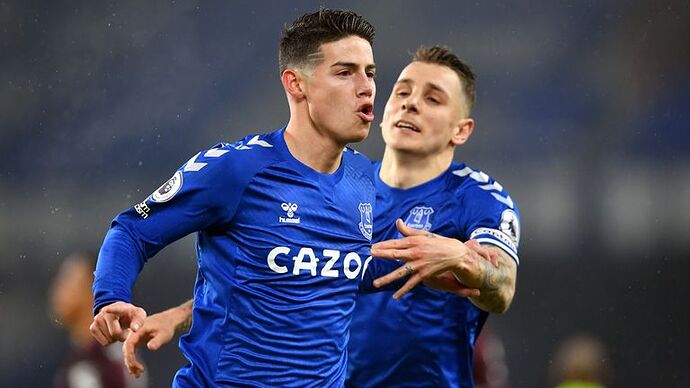