The 3rd Round of the English FA Cup kicked off on Friday.

Liverpool and Wolverhampton Wanderers booked their place in the Emirates FA Cup fourth round on Friday night, as they both overcame Premier League opposition to progress in the competition.

There are still lots of tasty fixtures amongst English top clubs.

In this thread we will be covering fixtures of Round 3 from 8th to 11th of January. A total of 31 matches. 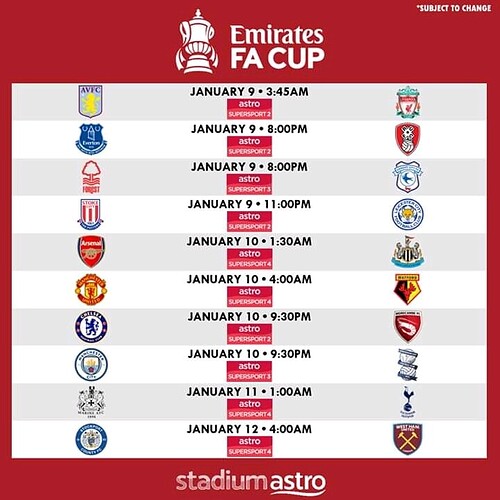 Plenty of exciting action in the FA CUP this weekend! Join in the discussion and share your views on the best and worst matches and anything in between.

That’s a wrap! Liverpool and Wolves progress to the fourth round of the FACup 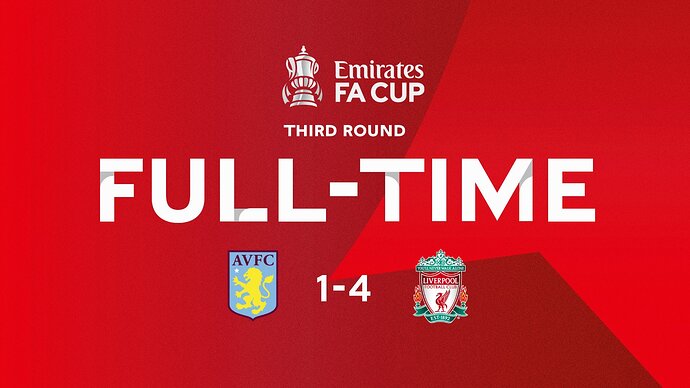 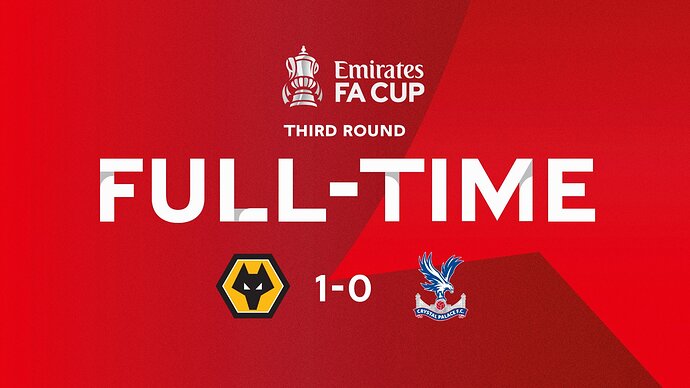 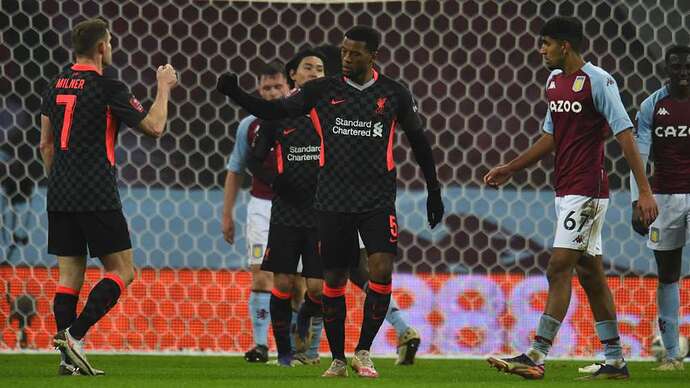 Forced to name a team of youngsters after a COVID-19 outbreak, Aston Villa performed admirably in defeat to the Premier League champions.

Liverpool survived a major scare from Aston Villa’s youngsters before claiming their place in the FA Cup fourth round with a 4-1 victory.

Forced to name a starting XI comprised entirely of players without a first-team appearance to their name as a result of a COVID-19 outbreak, the Villans produced a hugely impressive performance under the guidance of U23s boss Mark Delaney.

It was enough to see them deservedly level at the break, Louie Barry finishing off a well-worked move to cancel out Sadio Mane’s early header.

But Georginio Wijnaldum’s strike on the hour-mark served to break the kids’ resistance and was followed by further goals from Mane and Mohamed Salah that added gloss to the scoreline. 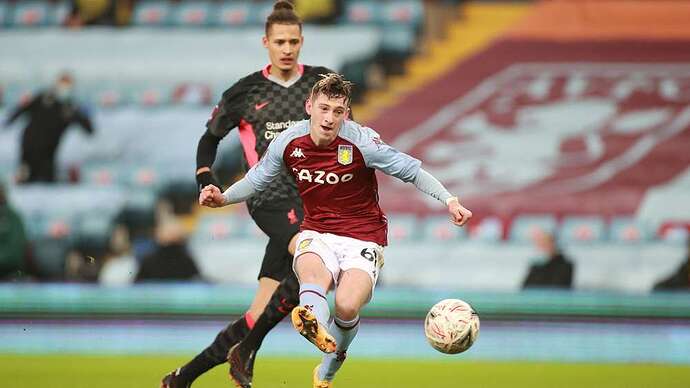 Aston Villa’s Louie Barry has called his FA Cup strike against Liverpool his proudest ever moment.

The 17-year-old netted an equalising goal just before half-time for a makeshift Villa side in their FA Cup third-round tie with the Reds at Villa Park.

“It all happened so quickly. I was just happy to score – hopefully I score many more … I was working very hard, and so was everyone else. When I celebrated everything came out of me. For the celebration it was relief. It was good.

“I’ve never been so proud of a team – from start to finish we gave our all. When I scored, I thought we might have a chance. Obviously that didn’t turn out to be but we were a credit to ourselves and a credit to the club.”

Meanwhile, he revealed that he had to run down the tunnel to get his shirt back after swapping with Liverpool defender Fabinho.

“I remembered it was my debut shirt. I got his shirt as well, so credit to Fabinho. I got both of them,” he laughed.

“I remembered it was my debut shirt. I got his shirt as well, so credit to Fabinho. I got both of them,” he laughed.

What an upbeat feeling despite being on the losing side!

Small joys of life…keep you going! All the best to Louie Barry for many more proud moments! 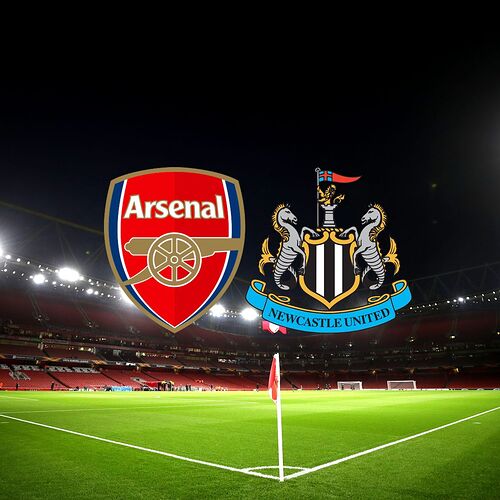 Arsenal will be looking to book their spot in the fourth round of the FA Cup when they welcome fellow Premier League side Newcastle United to the Emirates Stadium on Saturday evening.

The Gunners will enter the match off the back of three straight Premier League victories, but Newcastle are winless in their last six matches in all competitions during a disappointing run.

Arsenal are the holders of the FA Cup, beating Chelsea in last season’s final to lift the trophy for the 14th time, making them the most successful side in the history of the competition.

The Gunners have recorded four straight wins over Newcastle in the league, but this weekend’s clash will be the first time that the two teams have met in the FA Cup since January 2008, when the London club recorded a 3-0 victory to advance to the fifth round of the competition.

Newcastle, meanwhile, are six-time winners of the FA Cup but have not won the trophy since 1955; the Magpies reached the quarter-finals of last season’s competition, though, before losing to Man City.

Newcastle picked up a point at home to Liverpool at the end of December but will enter this match off the back of a 2-1 defeat to Leicester City, while they have not won in the league since December 12. 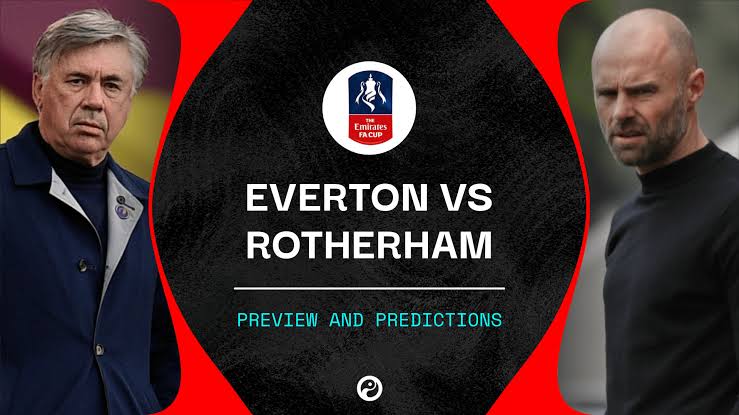 Team news: Everton left-back Lucas Digne is set for his first appearance since late November in the FA Cup tie against Rotherham. The France international has made a quicker-than-expected return to fitness from an ankle injury.

Playmaker James Rodriguez will feature to improve his match fitness, while striker Cenk Tosun is likely to make his first start since November 2019.

Rotherham’s latest round of Covid-19 tests came back negative, having had an outbreak before Christmas.

Therefore manager Paul Warne has plenty of options at his disposal.

On-loan players Jamal Blackman, Florian Jozefzoon and George Hirst have been given permission to play.

Stat of the match: Rotherham have lost each of their last five away FA Cup ties against top-flight opponents, scoring one goal while conceding 19 - most recently a 7-0 defeat against Manchester City at this stage last season. 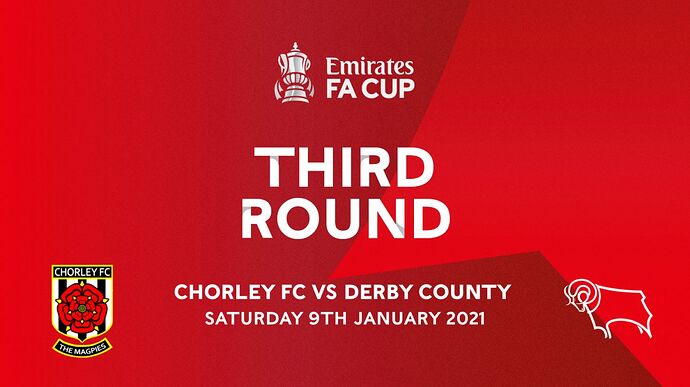 National League North side Chorley host Championship outfit Derby County in the third round of the FA Cup on Saturday, with the visitors expected to field a youth side due to a coronavirus outbreak at the club.

The Magpies, who have never faced the Rams in a competitive match, are unbeaten in their last three home games, while Derby lost their 11th league match of the season last Friday away at Sheffield Wednesday.

In what has been a challenging 2020-21 campaign, Derby County were dealt another blow this week when it was announced that head coach Wayne Rooney, his coaching staff and the entire first-team squad will miss the FA Cup tie at Chorley following a coronavirus outbreak, which has also resulted in the club closing their training ground.

The Rams are now set to field a side of Under-18 and Under-23 players, with the FA Cup rules stating that clubs are expected to fulfil their fixtures if they have at least 14 eligible players available, including those from their youth system.

Derby’s Professional Development Phase Coaches Pat Lyons and Gary Bowyer are the men expected to take charge of a side that could be even further depleted, with several members of the Under-23’s squad having trained with the first team in the last week and so are also unavailable.

The Rams would have expected to head into their clash with Chorley as the strong favourites but following the COVID-19 outbreak, now travel to Victory Park as the underdogs, as they were against the top-flight sides they have faced in recent years.

Chorley reached the third round of the competition for the first time in their history after a surprise 2-1 away victory against League One side Peterborough United in November.

The Magpies also beat Gateshead, York City and Wigan Athletic prior to their triumph at London Road and have been rewarded with a draw against Championship opposition.

Derby will be the highest ranked side in the English football pyramid that Chorley have faced since they lost 6-0 against Notts County in the FA Cup first round in 1900.

Should Chorley secure another shock result on Saturday and reach the fourth round, they will have won as many games in the FA Cup proper this season as they have in their history prior to this campaign. 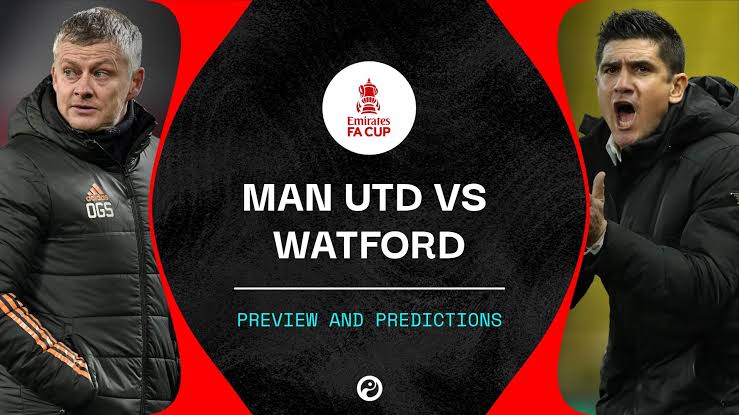 Team news: Ole Gunnar Solskjaer will rotate his Manchester United squad against Watford on Saturday as United continue to battle through a frantic fixture schedule, with Odion Ighalo among those involved against his former club.

The 31-year-old lifelong United fan made an impressive initial impact after his surprise loan switch from Shanghai Shenhua last February. Ighalo’s loan deal was extended over the summer until January 30, 2021 but the Nigeria international has been restricted to just four appearances in all competitions this term.

Donny Van De Beek, Dean Henderson and Axel Tuanzebe are among those pushing to be involved against Watford, but Marcos Rojo and Sergio Romero will be not feature.

Watford boss Xisco Munoz, who will be taking charge of his third game having succeeded Vladimir Ivic last month and on-loan James Garner will be ineligible against his parent club.

However, former United defender Craig Cathcart and forward Joao Pedro are back in training with the Championship side after hamstring problems

Domingos Quina, Isaac Success and Stipe Perica are unavailable as they step up their own return from hamstring issues, while Christian Kabasele is set to miss a third match with a knee concern.

Stat of the match: Manchester United have won three of their four FA Cup ties against Watford, with this their first against the Hornets since a 4-1 semi-final win in 2007. 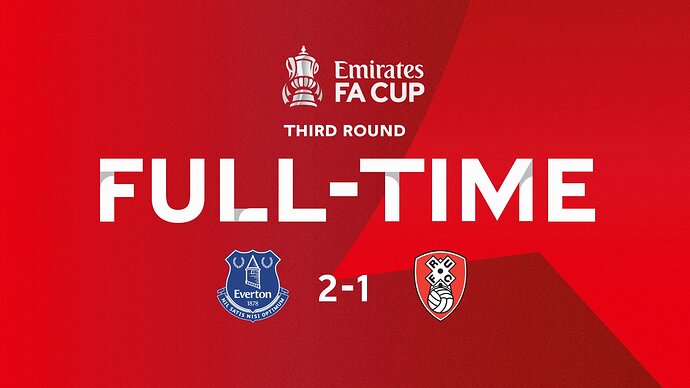 West Brom are the first Premier League team to be knocked out of the FA Cup by lower-league opposition this season.

Defeated by Blackpool on penalties. 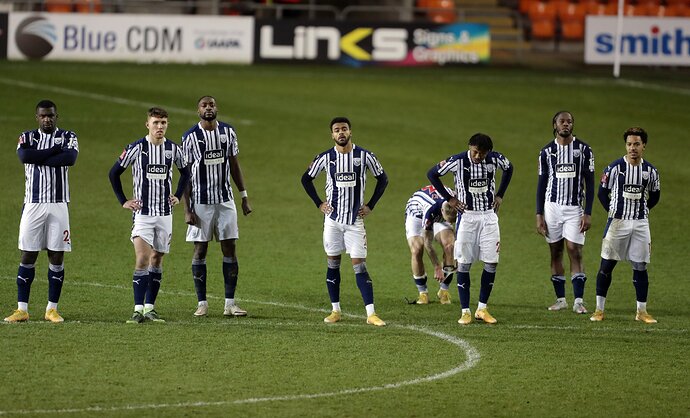 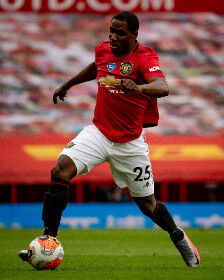 Manchester United coach Ole Gunnar Solskjaer has revealed that Odion Ighalo is expected to be involved in some capacity, most likely as a substitute, in Saturday night’s Emirates FA Cup third round clash against Watford at Old Trafford.

Newcastle captain Jamaal Lascelles was named in the starting lineup to face Arsenal in the FA Cup on Saturday as he makes his first appearance since recovering from long Covid. 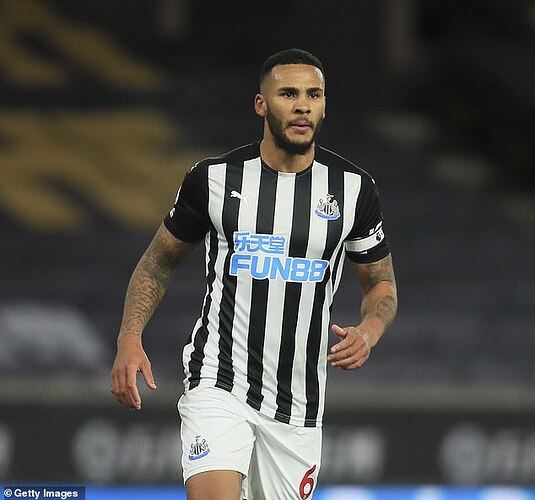 The line-ups of Man Utd vs Watford have been announced. 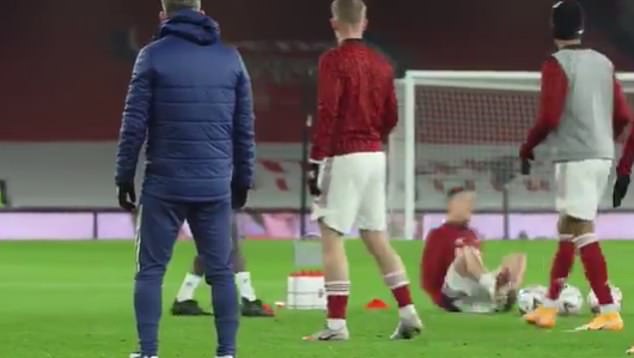 Arsenal youngster Gabriel Martinelli has been ruled out of the FA Cup clash with Newcastle after appearing to badly hurt his knee in a freak warm-up injury.

Arsenal leave it until extra time to progress into the FA Cup 4th Round. 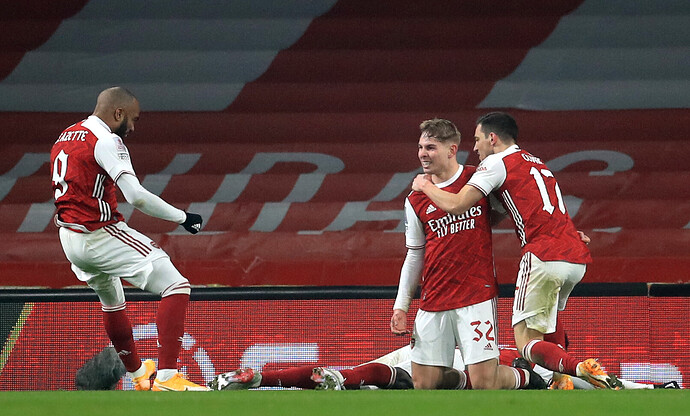 Pierre-Emerick Aubameyang has scored in every single FA Cup game he has played in so far for Arsenal: 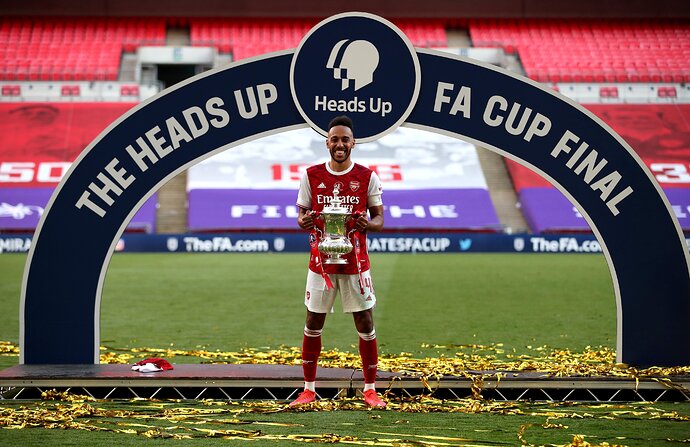 All of Scott McTominay’s last three goals for Man Utd have come in the opening five minutes of games.

On target early on again. 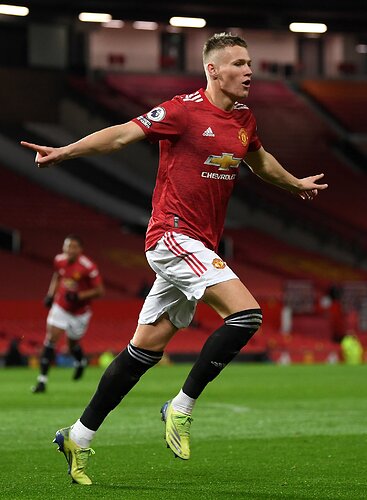 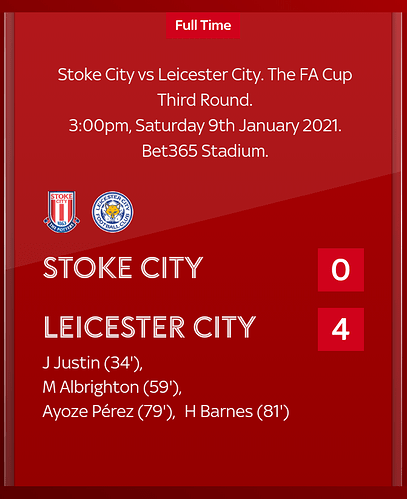 Early goal the only difference between the teams as United just about do enough to progress past Championship Watford. 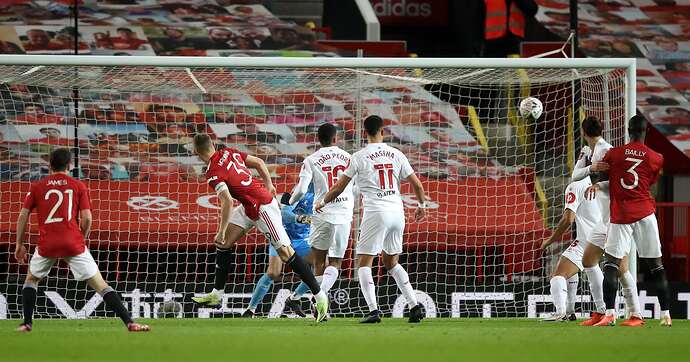