🚵 Eddy Merckx - An Iconic Figure in the World of Cycle Racing!

Édouard Louis Joseph (born 17 June 1945) better known as Eddy Merckx, is a Belgian former professional road and track bicycle racer who is widely regarded as the most successful cyclist in the history of competitive cycling.

He is nicknamed ‘The Cannibal’ and ‘Cycling God’ owing to his insatiable appetite for victories. He dominated and won almost every race he participated in during his career that spanned across 13 seasons from 1965 to 1978. Eddy is known to be an iconic figure in the world of bicycle riding and cycle racing.

Eddy Merckx has to his credit an unequalled 11 Grand Tours which include 5 Tours De France, 5 Giro d’Italias, 1 Vuelta a España, 3 World Championships, and 19 Monument classics (including a record 7 editions of Milan-San Remo).
He is one of the only three riders to have won all five ‘Monuments’ and the only one to have won them all twice or more.

He has a total of 525 victories over his 18-year career, and also has the credit of breaking the World Hour Record with an unparalleled record distance of 49.431 km at the altitude of 2,300m (7,500 ft) in Mexico City. The record stood for 12 years.

In terms of sheer physical effort, Merckx achievements exceeds around 5,00,000 km of riding.

In 1996, Merckx was honored with the title of ‘Baron’ by the king of Belgium, Albert II and the title ‘Cavaliere’ by the Italian. In 2011, he was named ‘Commander de la Legion d’honneur’ by then French President Nicolas Sarkozy. 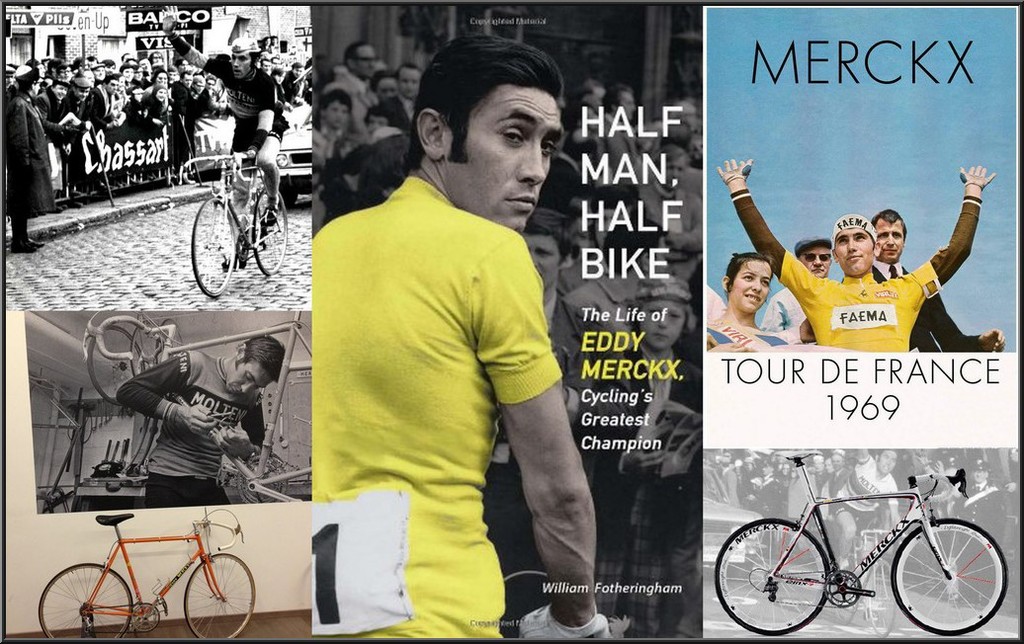 Eddy Merckx is the greatest cyclist of all time. Total respect for this legend.

Merckx competed in hundreds of races, entering a full season of competitions during the European cycling season of February 1 through October 1 every year. Merckx won a staggering total of 476 races over his professional career, 54 of them in 1971 alone. He once raced for 54 days in a row and sometimes entered two races in a single day. He entered multi-day endurance tests, single-day races, mountain bike races, and short track races with equal enthusiasm.

Never considered the strongest or most technically gifted cyclist on the European circuit, Merckx amassed his impressive record partly through a sheer competitive drive that led his opponents to bestow upon him the nickname “the Cannibal.”