DID YOU KNOW: During a trip to South Sudan, a war photographer Jan Grarup found a kid wearing a devastated Milan jersey with precarious repairs.

The photographer was a Milan fan, and asked the boy to swap his old jersey for a new one. Then, he donated it to the club and Milan sent a huge donation to UNICEF in support of the children of South Sudan.

This is how the shirt looks at Mondo Milan museum at Casa Milan.

THIS IS NOT JUST A JERSEY 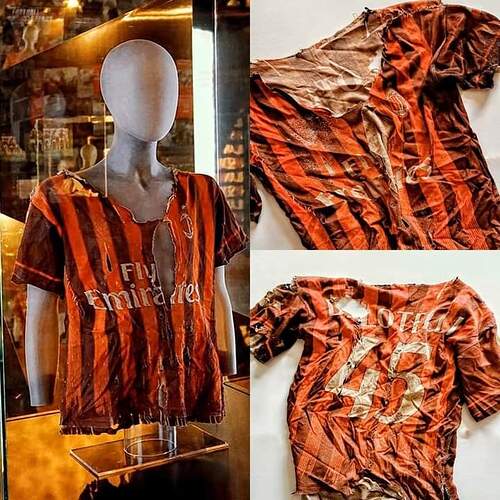 Did you know? Cristiano Ronaldo played for Sporting Lisbon’s u16, u18, u19, u21, B team and the first team all in one season.

The only player in the club’s history to do so! 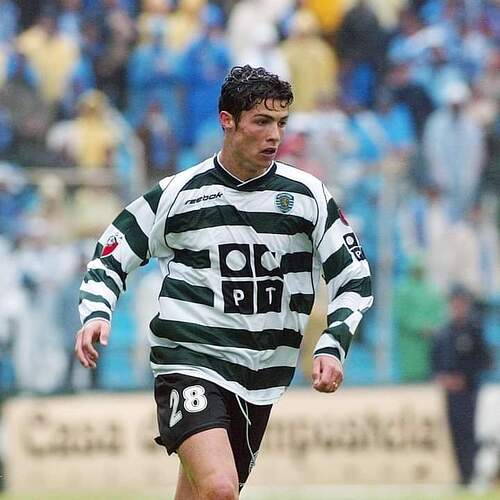 “One day we were tired after a Manchester United game. So we decided not to sign autographs and get on the bus directly. Then suddenly we saw Ferguson signing autographs to the fans for 45 minutes. He then got on the bus and yelled at us: “Who do you think you are? These people pay your salary. These people are coming to see you. Now go f*cking sign them.”

We had to sign an autograph to all the fans.”

What a man Fergie was. 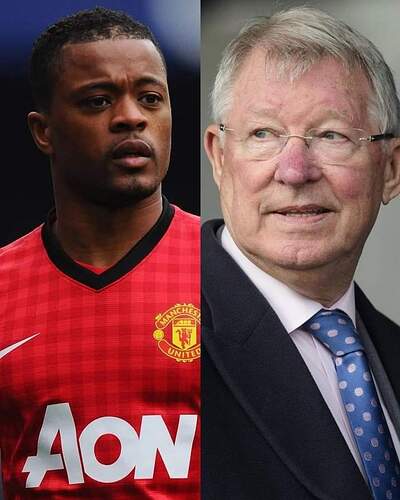 “In 2010 with Blackburn, we were going to play Man Utd. During the talk, Sam Allardyce showed us images from the films Gladiator and 300 to motivate us and to make us warriors on the pitch. After 30 minutes, we were down 3-0. In the end, we lost 7-1.” 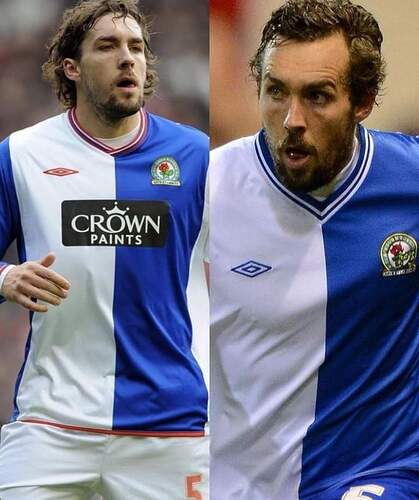 An 11-year-old fan turned up at Argentina’s training base in Ezeiza clutching a hand-made sign. Written in Spanish, the sign held by the young fan read, “Messi, forgive my mother, she didn’t know what she was doing, SHE CALLED ME CRISTIANO.”

He was pleading forgiveness from Messi because his mother had decided to name him after his football idol’s long time rival Cristiano Ronaldo.

China bans their players to get tattoos⁉️

In Chinese culture, in the past tattoos were used to brand criminals and it still has links to organised crime groups in East Asia. In ethnic groups were seen as a mark of the uncivilised.

Tattoos are disapproved of by China’s ruling Communist Party, but are becoming more and more popular among the Chinese youth.

Last December, a women’s university football match in China had to be called off after players were told they were not allowed to have dyed hair. At that time, the National Youth Campus Football League (The match organisers) said: “Athletes at all stages shall not have tattoos, dye their hair, wear weird hairstyles, or wear any accessories, otherwise they will be ineligible for the competition.” 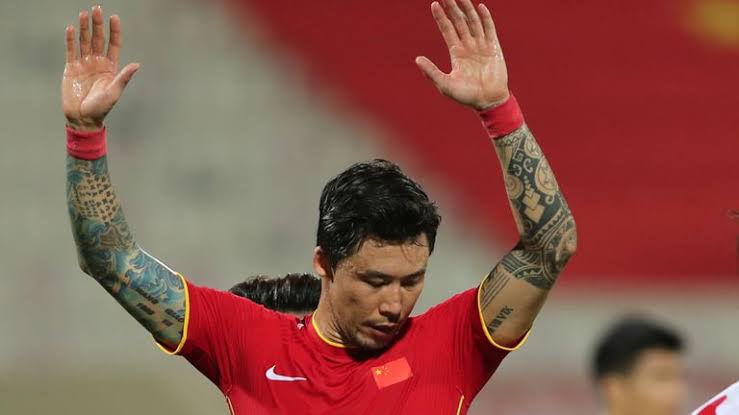 Did you know that Toni Kroos’ pass accuracy has never dropped below 92% in the Champions League or La Liga since joining Real Madrid: 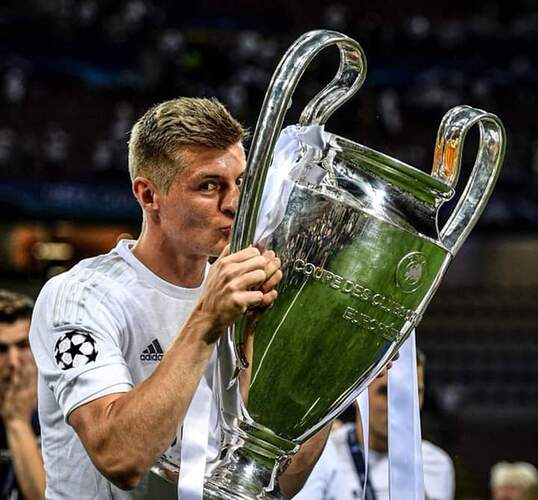 Messi was first given a bracelet by journalist Rama Pantarotto after missing a penalty in Argentina’s 1-1 draw with Iceland in June 2018. The footballing legend kept it, wearing it around his ankle.When Messi and Pantarotto met again after a month, Pantarotto was shocked to see that he was still wearing it.

The lucky charm had belonged to Pantarotto’s mum but Messi gifted it to Coutinho, who was struggling for form at Barca in 2019.

To this date, the young Brazilian wears this lucky bracelet. 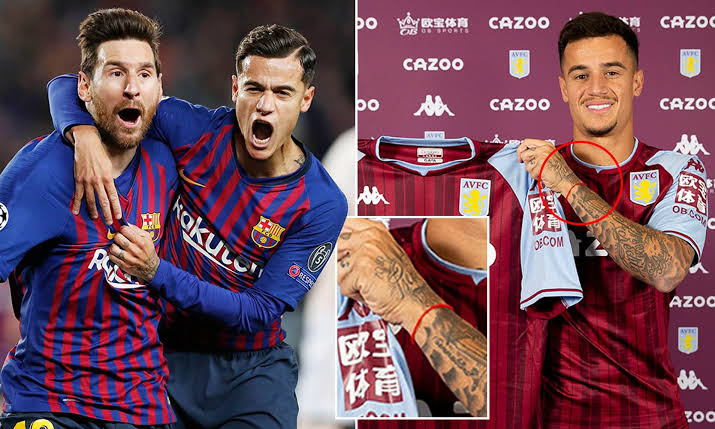 Dutch football fan Arjan Wijngaard has collected 3,000 jerseys from across the world

He has been collecting shirts for the past 25 years, beginning with an Everton kit he was given in 1997, and he now boasts one of the largest, if not the largest, personal collections in Europe.

When asked about his hobby Arjan said “Of course, I liked football. That is an important thing if you want to collect shirts. There is no particular reason why I chose shirts, though. Some people choose scarves – I have some scarves as well because, if I can’t get a shirt when I visit a stadium or a game, I try to buy a scarf instead. Actually, maybe I should have chosen scarves or pins; they are a lot cheaper and don’t need that much space!”

“In general I like to collect shirts from clubs that are not very easy to find. However, there is one old FC Groningen shirt that is a favourite because it is a rare one – matchworn and almost 40 years old.”, said Arjan. 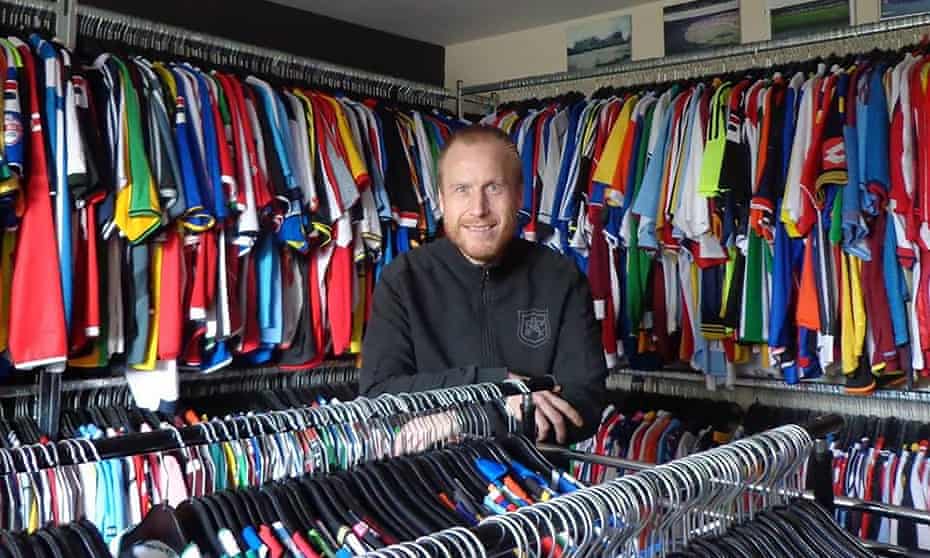 Francesco Flachi, appeared for fifth-tier outfit Signa 1914 in their 2-2 draw against Prato 2000 on Sunday afternoon.

Flachi spent all of his professional career playing in Serie A and Serie B, finding the back of the net 135 times for Fiorentina, Bari, Ancona, Sampdoria, Empoli and Brescia. He even won the Coppa Italia and Serie B twice - and represented Italy at youth level.

He received a 12-year ban by the Italian FA, effectively ending his playing career aged 34, or so everyone thought.

"This day cancels 12 years of disqualification. It is my rebirth. I hadn’t entered a proper 11-a-side football pitch for 12 years, but I am a man of football and I live for the emotions, which I had missed so much.” said Flachi. 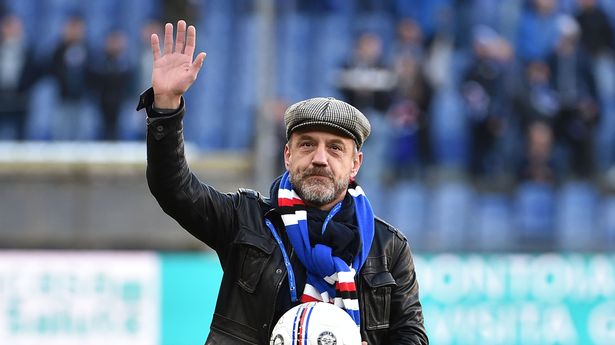 The passion and love towards football from Italy certainly knows no boundaries. In the video taken from one of the nearby balconies, four nuns were seen playing turf-based football. Despite their heavy attire they still managed to mesmerise the netizens with their skills.

As usual, fans replied to the video in their own hilarious ways. Some even challenging the biggest teams in the world to have a look at the nuns playing and take a leaf out of their book. A fan even went to the extent of comparing the “Nundesliga” to Bundesliga, the top tier in German football.

Brazil legend Formiga became the first woman to have her footprints taken on Mineirão’s walk of fame. 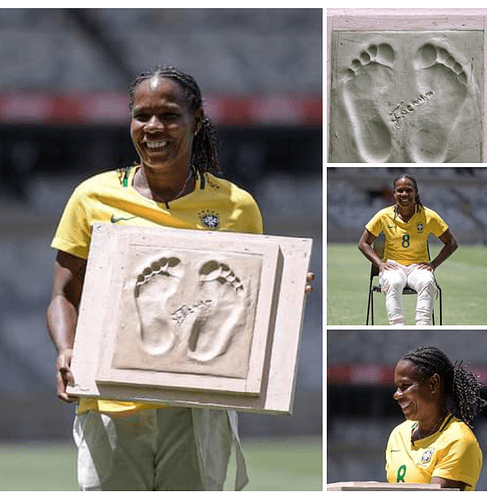 In 2013, Red Bull Salzburg player Jonathan Soriano missed the first half of a match to attend the birth of his daughter.

He arrived in time for the second half and scored a hat-trick. 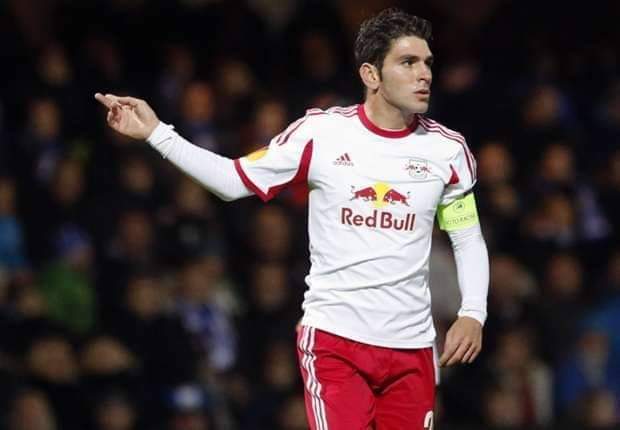 Sergio Ramos is the only player to have achieved both feats.

One of the best players in football history, Sergio Ramos! 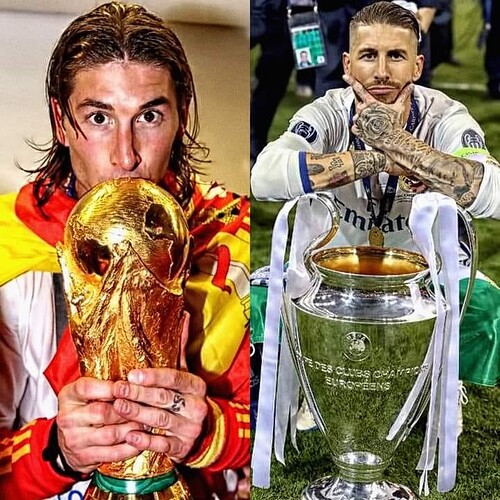 Ramires got a tattoo of that goal against Barcelona 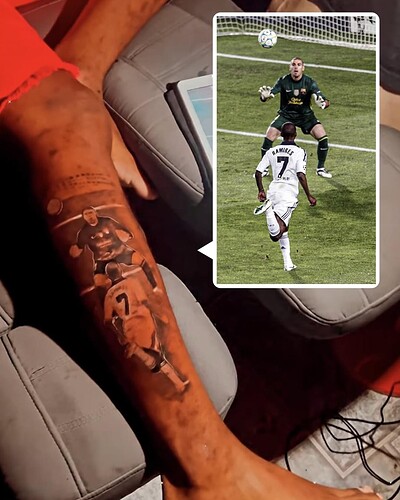 THIS PHOTO IS GOATED.

— Portugal Had Qualified for Only 3 EUROS

— No Portuguese Player had Scored 50 International Goals in The History

— Portugal Have Qualified for Each & Every World Cup Played (5/5)

— Portugal Have Qualified for Each & Every EUROs Played (5/5) 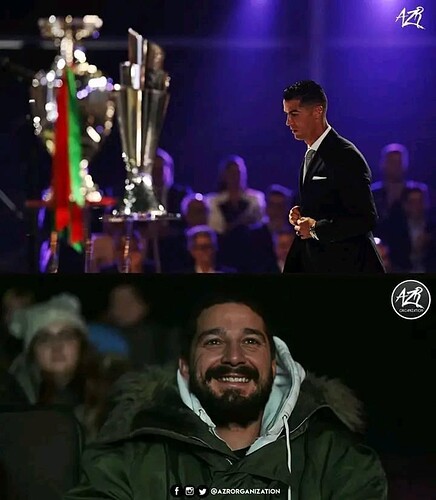 DID YOU KNOW: Brazil is the only country in football history to qualify for every FIFA World Cup. 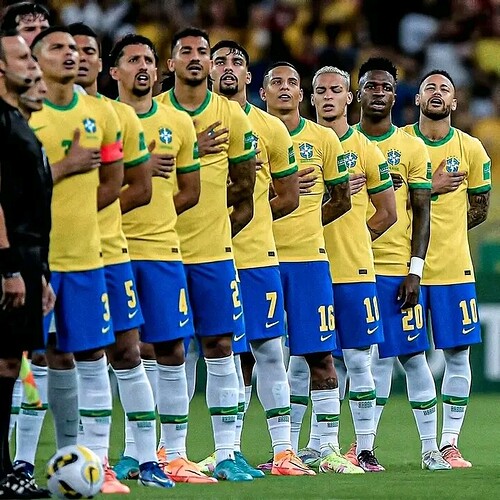 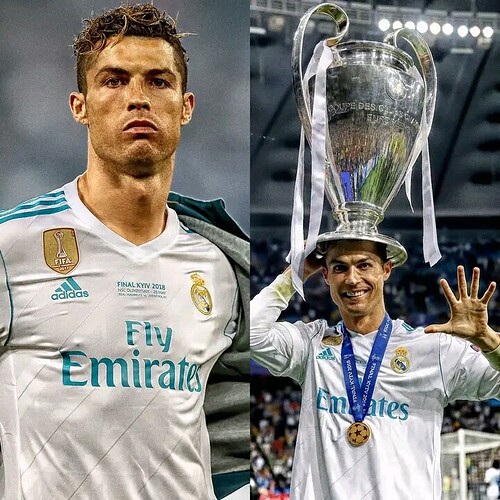 DID YOU KNOW: Barcelona signed Philippe Coutinho from Liverpool for $188m in 2018.

While on loan at Bayern in 2020, he scored twice against them in their 8-2 defeat, and won the Champions League. 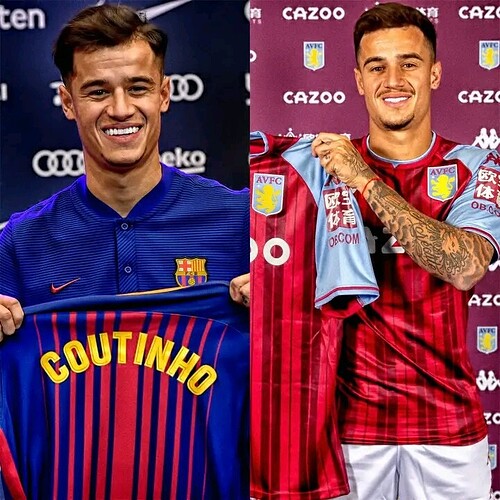 He helped Montpelier in France to win the Ligue 1.

He helped Chelsea to win the Champions League.

He Helped France to win the World Cup.

He helped Chelsea to win the Europa League.

He helped AC Milan to win the league for the first time in 11 years. 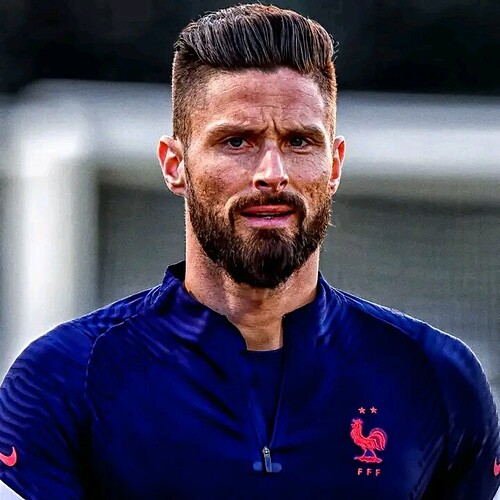