The clash between the Premier League trophy holders and the FA cup winners has been the traditional curtain-raiser to the season in England since it was first staged in 1908.

If Liverpool win Saturday’s game they will get to add 1 more trophy to their collection since winning the Champions League in 2019. On the other hand, if Arsenal win the game they will have another one to the record extending 14 FA cups after beating Chelsea just over a month ago.

Both Arsenal and Liverpool have won the FA Community Shield 15 times with only Manchester United above them on 23.

In the FA Cup Arsenal have have scored 11 goals in just six matches (1.83 goals per 90 mins) beating Manchester City and Chelsea. They have given 6 assists in total ( around 1 assist per 90 mins) and have scored all the penalties they have attempted (2).

In the Premier League Liverpool have played 38 matches in total out of which they lost only 3 and drew 3. They have scored 85 goals in total and have given 69 assists. They have a passing accuracy of 84% and have given 896 crosses in total.They had a tackle success rate of over 50% and out of 38 matches, 15 were clean sheets!

This is going to be a very interesting game as both of the teams have done exceptionally well in their respective tournaments. How Arsenal could line up without quarantined stars for Community Shield vs Liverpool as Leno eyes way back in. Liverpool will be desperate to maintain their trophy streak by winning the Community Shield for the first time since 2006, but Arsenal have a strong recent record at Wembley and success for them could boost hopes of a title challenge. With two attack-minded teams,we can reasonably expect goals and excitement.

The competition returns after a 12-year absence. It will be the first time since 2008 that a Women’s Community Shield trophy has been contested.

The last winners were Arsenal, who beat Everton 1-0 at Moss Rose stadium in Macclesfield. Virgil van Dijk likely to play despite suffering a nasty cut to the head during Tuesday’s 2-2 friendly draw against FC Salzburg. Henderson is the only senior absentee due to injury.

Arsenal have already added Willian and William Saliba to their squad since winning the FA Cup.

Saliba, a £27m signing from Saint-Etienne, is expected to start against Liverpool with the defender having made an impressive outing in a friendly against MK Dons this week, and Willian could make his Gunners debut at Wembley.

Pierre-Emerick Aubameyang stole the show for Arsenal as Arsenal defeated Liverpool 5-4 on penalties after the match was tied at 1-1 at the full-time whistle. Arsenal under Mikel Arteta make it 2 trophies in 2020. Arsenal have won the Community Shield for the 16th time in the club’s history.

Only Manchester United (21) has more in the competitions history. 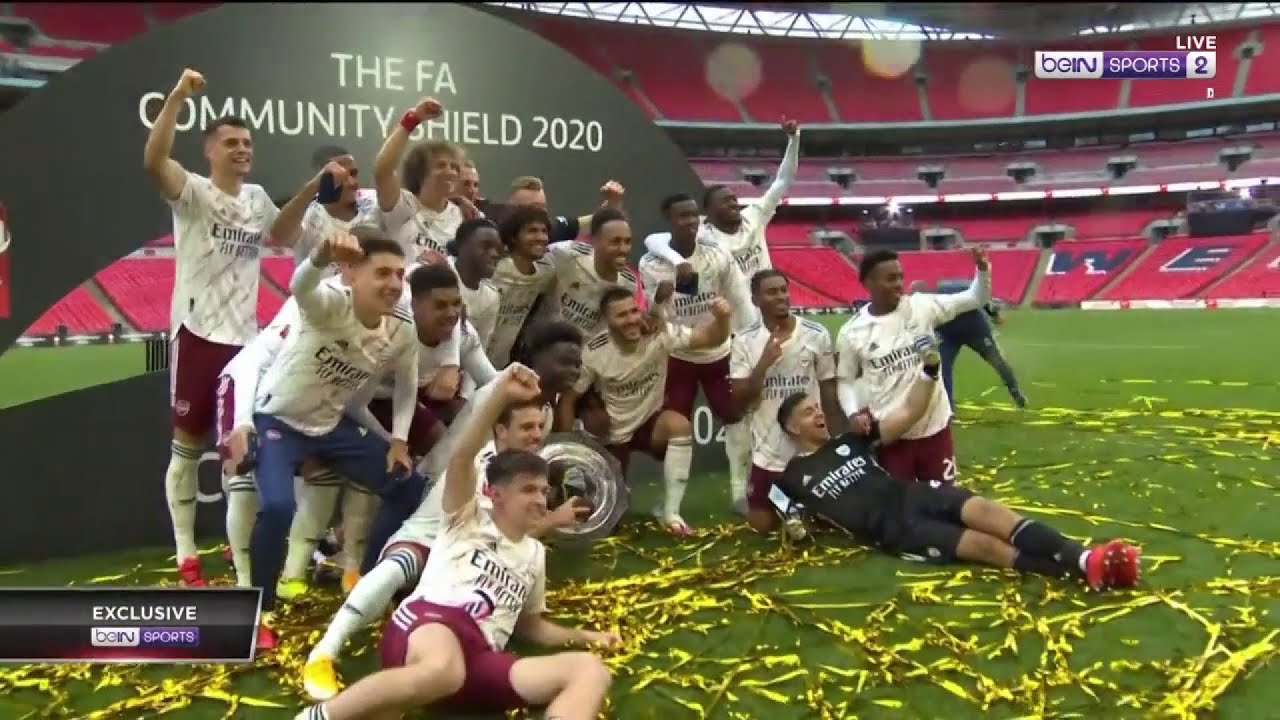