🔵 Chelsea Takeover Race - Who are the likely buyers to replace Abramovich?

ROMAN ABRAMOVICH has been BANNED from being director of Chelsea by the Premier League, two days after he was placed on the UK sanctions list.

This means the Russian billionaire MUST now sell his stake in the club. Abramovich has told potential buyers they have a deadline of Friday to register their interest.

It will require a further Government licence to let a sale go ahead, which will be granted once a deal that prevents a single penny of the price going into Abramovich’s pocket is confirmed.

PL bosses will not enforce the 28-day disposal deadline because the Government is now effectively in charge of any Stamford Bridge sale.

Abramovich initially wanted upwards of £3bn but sanctions are likely to force the price down.

With the most coveted club ownership up for sale in the market, who are the likely buyers to take over the club?

Also, what makes this club such an attractive investment? Please share your views. 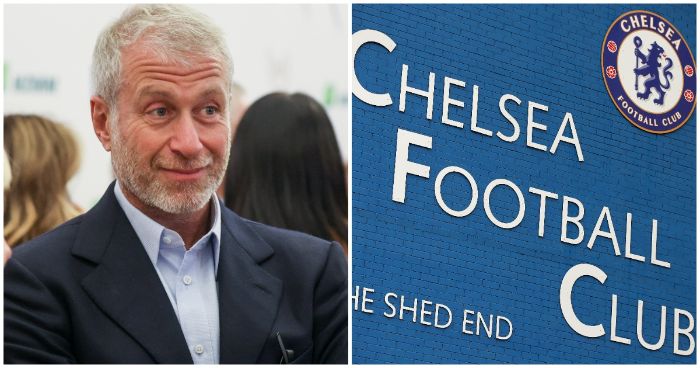 An avid Chelsea supporter, billionaire property developer, Candy has been talking to a group of American investors about providing financial aid the Blues.

His £2.5bn ($3.3bn) proposal is said to include plans for a £1.5bn ($2bn) rebuild of Stamford Bridge, while the 49-year-old has made it clear that he would look to put fellow fans at the heart of his regime.

Candy has told Sky Sports, “I’ve supported Chelsea since the age of four. My dad was asked to play for Chelsea. I love Chelsea. I don’t mind where it ends up, even if it is not with me, as long as it is in safe hands.” 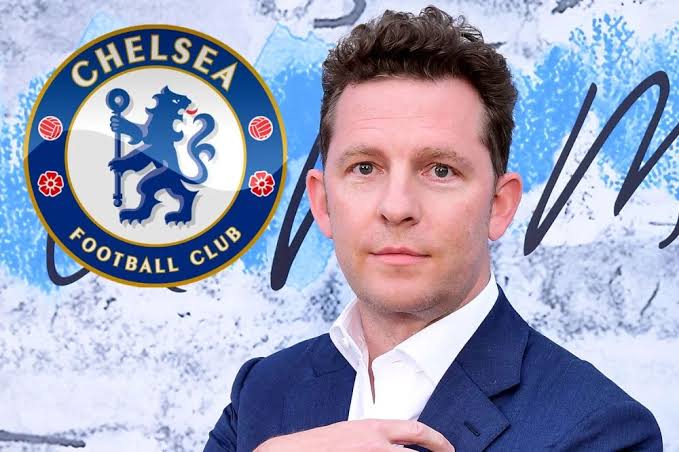 Saudi Media Group have made a £2.7billion offer to buy Chelsea Football Club.

Mohamed Alkhereiji is a Chelsea fan and runs a private consortium.

Note that there would be no link with the Saudi government. 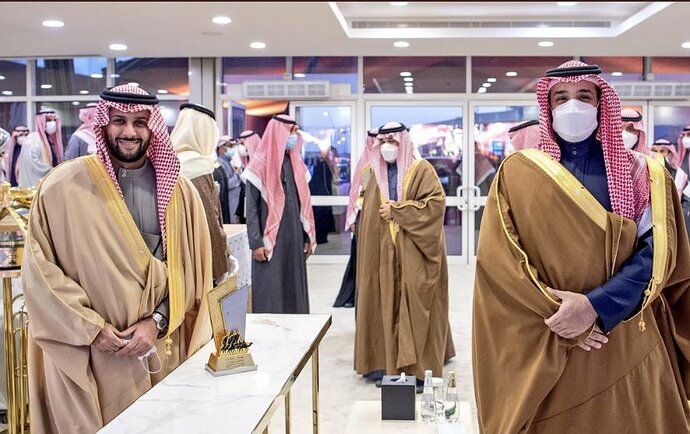 A group led by American businessman Todd Boehly has reportedly made an offer worth over £2billion to buy Chelsea.

According to The Telegraph, an offer between £2billion and £2.5billion has been put on the table for the London club.

It is understood Boehly has joined with Swiss billionaire Hansjorg Wyss, as well as another unnamed businessman, in the attempt to buy Chelsea football club.

The report adds the consortium is now waiting to hear a response from the Raine Group bank, who are handling the selling of the club. 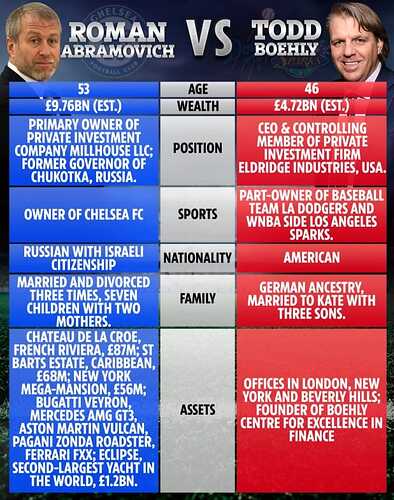 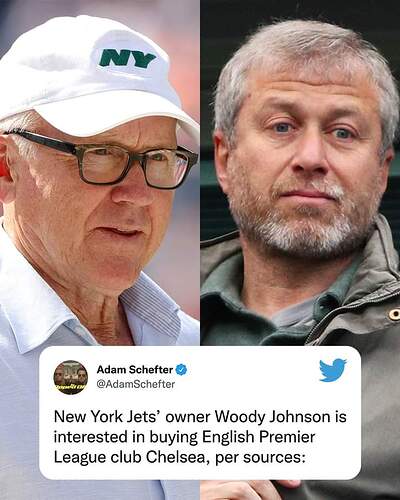 The Ricketts family, owners of Major League Baseball’s Chicago Cubs franchise since 2009, are among several parties interested in bidding on the Chelsea Football Club, according to Mark Kleinman of Sky News. 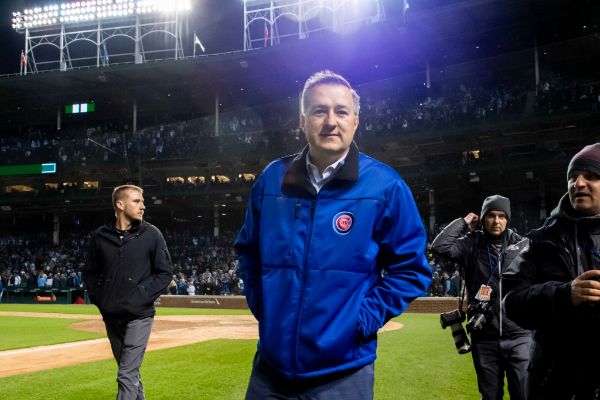 The owners of the Chicago Cubs Major League Baseball team and Ken Griffin, the hedge fund tycoon behind Citadel, have teamed up on a takeover bid for Chelsea Football Club, according to a report from Sky News 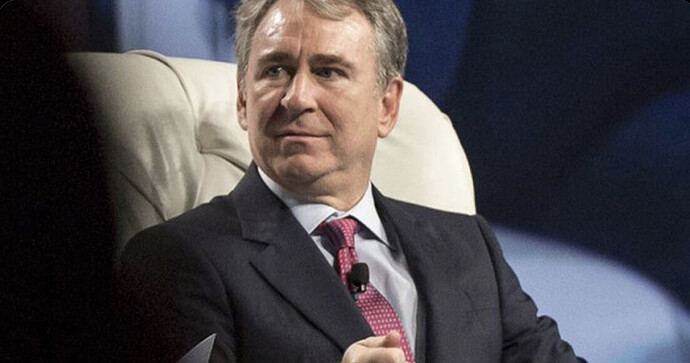 The three current leading bids to takeover Chelsea, according to reports… 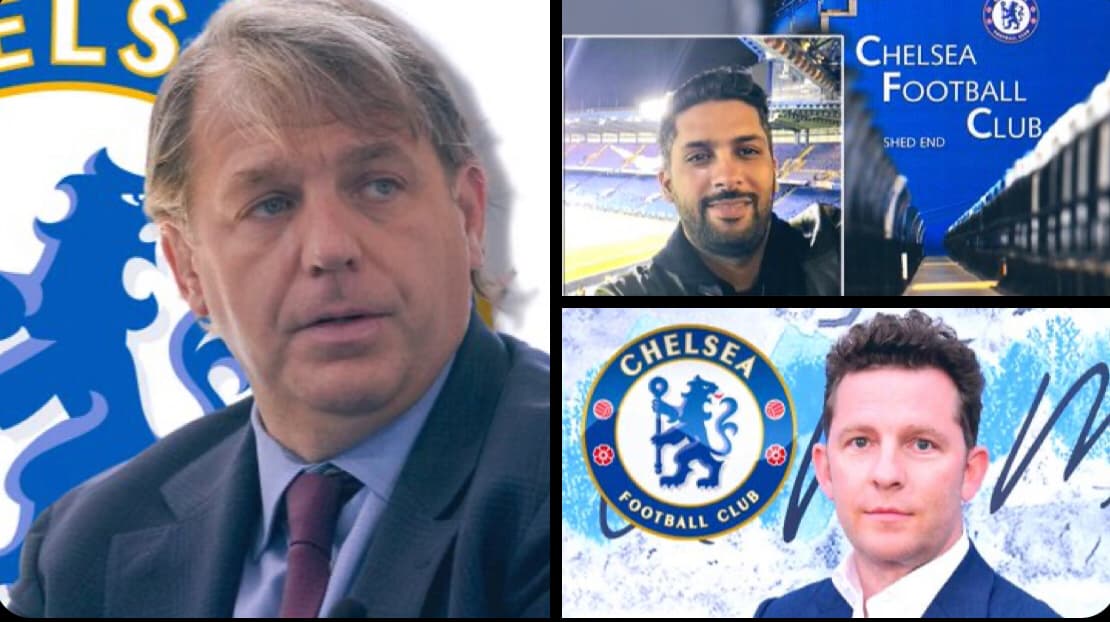 Founder and CEO of Citadel

Worth £20.2 billion, around 3x more than Roman Abramovich

Donated around £1 billion to philanthropic causes 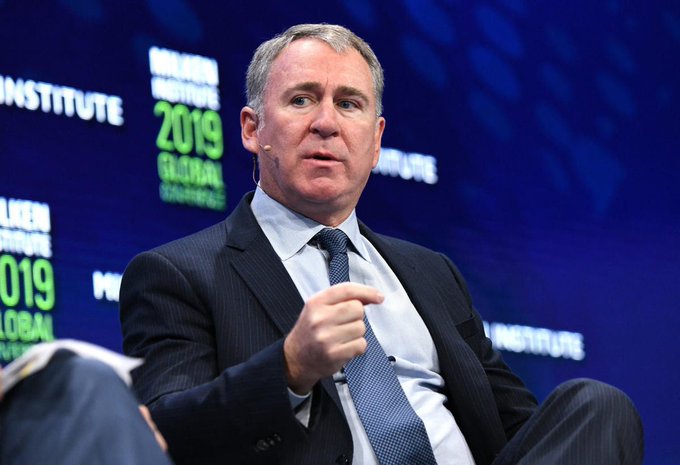 A potential leader of that consortium is reportedly Todd Boehly. The American has courted Chelsea before - in 2019, he had a $3 billion (£2.24 billion) offer turned down by Abramovich as he looked to add the Premier League club to a sporting portfolio already including part-ownership of the Los Angeles Dodgers baseball team and Los Angeles Sparks basketball franchise.

Boehly added a stake in the LA Lakers last year and is an owner of fantasy sports behemoth DraftKings. He is the founder of private investment firm Eldridge Partners, which is involved in a broad range of industries. 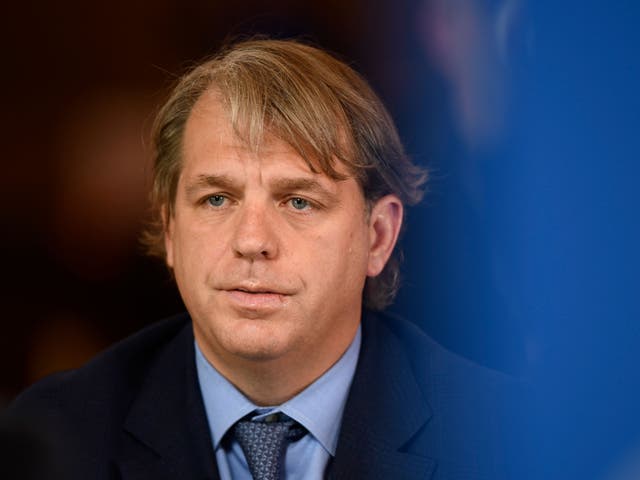 Billionaire friend of former US president Donald Trump is launching a speculative bid to buy Chelsea, according to reports. Woody Johnson, who also co-owns NFL outfit the New York Jets, will apparently submit a last-minute offer to purchase the stricken Premier League club before Friday’s deadline.

The Sun report that former US ambassador to the UK will submit a whopping £2bn bid. However, it is below the £2.7bn figure offered by the Saudi Media Group.

Prospective buyers of Chelsea have until 9pm GMT Friday March 18 to submit their bids, with the US bank running the process, Raine Group.

Raine are expected to evaluate the offers before approaching the UK government with a leading bid and an application to have the terms of the special operating licence amended. Senior government officials have indicated that once there is clear evidence disqualified owner Roman Abramovich will not receive any money from the sale, the licence will be changed to allow a sale to proceed forward.

It will then be up to the nominated group to satisfy the Premier League ’s Owners’ and Directors’ test before completing the final paperwork for a deal to be completed. Richard Masters, the Premier League chief executive, has previously said that could take 10 days.

Ghanaian gold mine owner confirms he’s in for £3bn crisis club Chelsea - and wants to build on the club’s profile in Africa after the success of legends Didier Drogba and Michael Essien.

Key members: Ghanian gold mine owner Boasiako is worth £3billion

Chelsea credentials: Is playing on the fact that Chelsea have huge links with Africa with its current former players like Didier Drogba and Edouard Mendy and this would be great time for an African owner to take charge at a Premier League giant.

Vision for the club: Has the personal wealth to invest heavily

Quote: “The opportunity to enhance the club’s reputation in Africa is a very tempting prospect.” 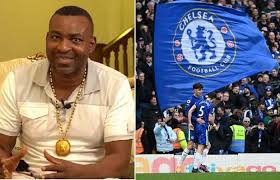 Key members and background: Bayrak is worth £6billion and has been looking for extra backers

Their sporting background: Huge football fan based in Istanbul

Chelsea credentials: Claims to know Roman Abramovich and would need his blessing

Vision for the club: Has a background in construction, tourism and energy and believes he has the right knowledge to take the club forward

Quote: “We will fly the Turkish flag in London,” said Bayrak. 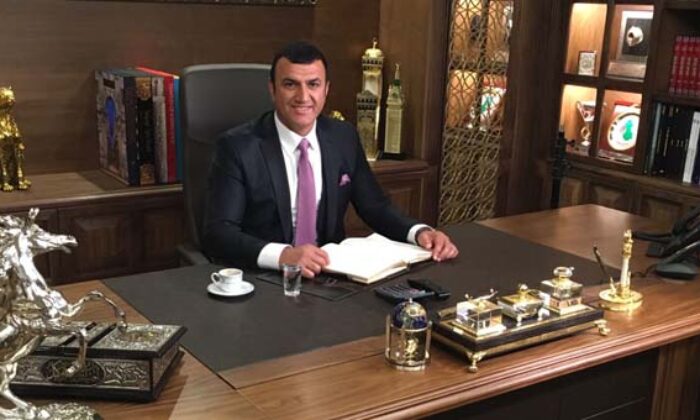 Chelsea legend John Terry and former women’s football star Claire Rafferty are fronting up a £250 million ($329m) consortium called True Blue in an attempt to buy a 10 percent stake in the club.

Chelsea credentials: Little needs to be said about Terry’s links with Chelsea, widely regarded and acknowledged as the club’s greatest ever captain, he lifted the Premier League five times. Rafferty spent more than 10 years with Chelsea, winning the WSL on two occasions.

Vision for the club: Aiming to implement ‘high tech’ practices, including the ability for players, fans and former members of staff to effectively hold shares. Are hoping to purchase a 10 per cent share and join a fellow bidder in acquiring the club.

Quote: True Blue have yet to go public but have reportedly shared their plans with prominent fans. 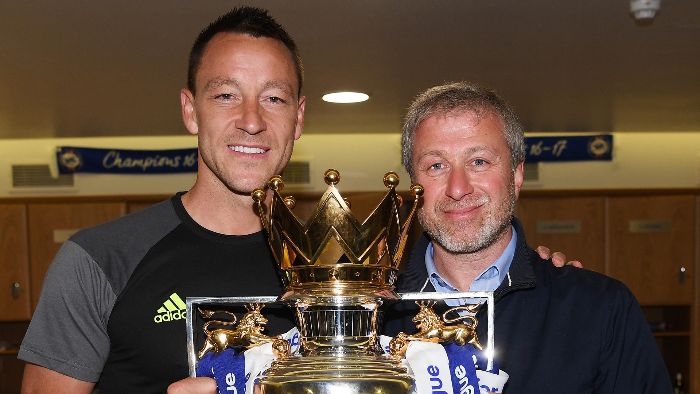 Broughton, a former Liverpool chairman, is attempting to purchase the Club and if successful would see Sebastian Coe take a seat on the Chelsea board.

He is being advised by Michael Klein, one of the best and most successful investment bankers. Klein also advised Broughton when he was chairman of Liverpool in 2010.

Sky News have revealed that he has gained support from major Wall Street and sports industry giants for his bid that is ‘now fully funded’.

Their sporting background: Coe masterminded the London 2012 Olympics and has huge sporting knowledge and contacts at Chelsea. Broughton is a former Liverpool chairman.

Vision for the club: Seen as a safe pair of hands, they can steer the club through troubled waters while also providing cash for the club

Quote: Coe said: “I am certain Sir Martin is the right man to lead Chelsea Football Club into its next chapter.” 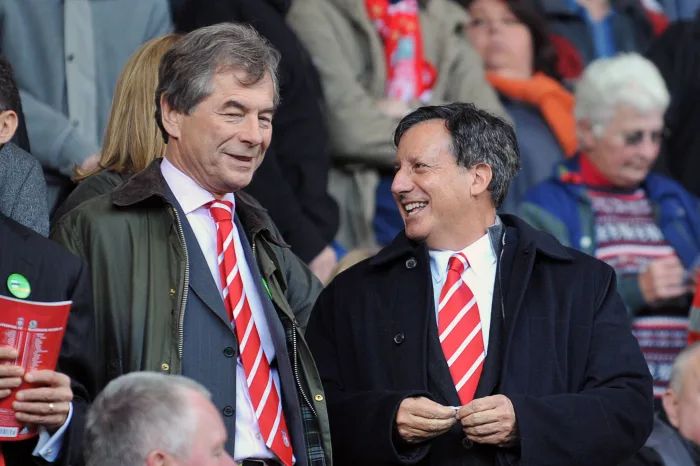 The Ricketts family, who own the Chicago Cubs, and hedge fund manager Ken Griffin have officially submitted a bid to purchase Chelsea, reports Matt Law 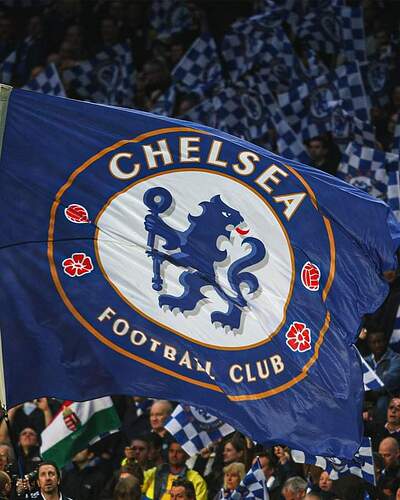