Can emotions and pride defy logic in a season deciding derby?

Gary Neville said, “even if Manchester United loses again Manchester City and defeat Chelsea they can qualify for the top 4”. The desperation that United have to stop Liverpool FC from winning the premier league is unmatched. The rivalry of Liverpool and Manchester United fans in nothing less than that of two countries sharing a bitter history, let us say India and Pakistan for example. This rivalry is something that has bitterness tracing back to the 17th century. Liverpool and Manchester United fans cannot stand the sight of each other but the destiny has brought them to a turn where Liverpool fans would be praying for United’s Victory and United would be ready to lose to their noisy neighbors, Manchester City, another bitter rival.

“They Need to Do themselves favour,” Virgil Van Dijk, the undeclared captain of Liverpool’s defense told the press that right now Manchester United need to do themselves favour instead of doing Liverpool favour by winning against Manchester City. A bitter Merseyside rival of Liverpool, Everton, who were also the last club to force Liverpool to drop points in the title race did a huge favor to Liverpool when they served Manchester United the embarrassment of the season by handing them a 4-0 defeat. The defeat was so heavy that the baby faced coach of Manchester OGS had to call an emergency meeting. If United lose against City, their hopes for qualifying for Champions League are all but over, whereas if they defeat City, their rivals who they loved taunting about their barren run of almost 30 years and who almost every United fan hates from the core of their heart will win the title. However, losing will also mean more hurt to their pride and honor.

This match could decide the season, United defeat city and it would almost be a game set match for their hopes for the title whereas if United lose, they might stop Liverpool from winning the title but it would be the like closing curtains in their Champions League chase.
What Do you guys think? Rivalry or top 4 hates? What is more important now? 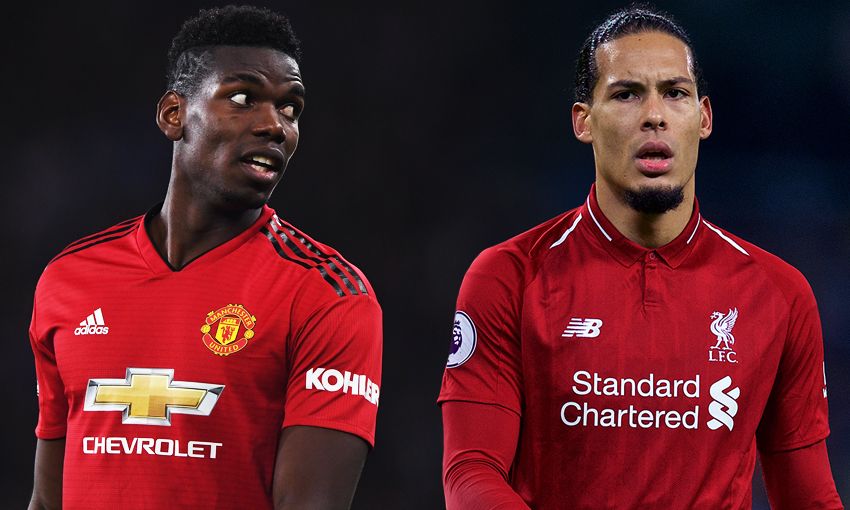 I think this is more than just making life difficult for your title rivals and top four.

Manchester United are slipping into constant mediocrity. They are not relevant among the big boys anymore. Klopp and Guardiola both laughed off suggestions that United could decide the title race last night.

Guardiola himself explained that visiting OT is no longer a challenge.

Actually the fact is Manchester United find themselves in a horrible position when Manchester City come to Old Trafford in that if Ole Gunnar Solskjaer’s side beat the Sky Blues, it could effectively hand Liverpool the title.

As far as bad equations prevail, Man United won’t really find themselves in a worse one than that - win and hand Liverpool the title, lose and give it to City. It’s the footballing equivalent of being asked to cut your arm or leg off.

It’s led to some questions as to whether United fans would prefer to lose to City in order to stop Liverpool winning the title, but that is pagan madness.

In this situation, United fans should want United to win every single game of football. All they care about is United. Sure, Liverpool winning their first ‘Premier League’ title would be the single worst thing that could happen to them, but they have got to take blame for that having not beaten them in either game this season. United are struggling right now focusing on their own results and that’s where all the focus should be.

The time when United as a football club put the success of others, or stopping it, above their own ambitions is the time they have completely lost their identity as a club.

Thanks to Arsenal and Chelsea dropping points against Crystal Palace and Burnley, United still have a chance of finishing in the top four and securing Champions League football next season. So, their own ambitions for that top-four spot far outweigh the idea of trying to stop Liverpool winning the league somehow. That would be the utter wrong mentality for United to have.