🔴 Can Arsenal defy the odds and win the Premier League title this season? 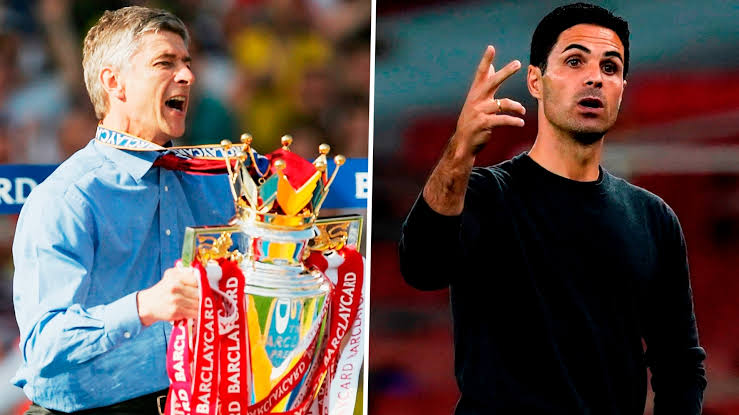 Arsenal’s superb start to the season has got the football world talking.

Are Mikel Arteta’s side the real deal? Can they surprise everyone this season and snatch the Premier League title away from Manchester City?

Sunday’s thrilling victory against Chelsea, which backed up the north London derby success against Tottenham the previous weekend along with another impressive win against Liverpool felt like a big moment for Arteta’s young Gunners.

Do they actually have what it takes to go all the way and lift the premier League title come may?

Lets discuss Arsenal’s Premier League chances in this thread. Feel free to join the discussion and share your views.

My take on this.

I would love to say that Arsenal can win the title, I really would, but the truth is they’ve no chance, which is a shame – both for the Gunners and the Premier League.

The gunners are doing Great right now, something they’ve always struggled to do in recent years but I do not think they possess the required consistency and squad depth to compete with Manchester City just yet. The real test would come when fixtures starts to roll in thick and fast and injuries and suspensions sets in.

Manchester City are still the favorites to retain the league title for me.

While the world of Football continues to debate if Arsenal can maintain their title challenge, the history books suggests they can.

While winning 9 out of our first 10 fixtures is the Gunners best ever start to the Premiership, it’s actually something that has only happened 4 times in the history of the competition.

Stars like Gabriel Jesus, Bukayo Saka and Martin Odegaard have played their hearts out under Mikel Arteta this term.

Arsenal have won 10 of their 12 games so far, losing just once and scoring 30 times.

And a super computer has already predicted the with a club-record points tally.

Indeed, Arsenal’s current points total of 31 is among the best in Premier League history at this stage of the season.

Probably they are going to make things happen, winning the premier league, hopes are very high.

In my own opinion,mikel Arteta’s men are the favorite to win this season premier league title.

They’ve been in excellent form in all competitions this season,they lost just once in their UEFA Europa league and even top their group.

Right from the start of the season they’ve been on top of the league surprising everybody.
Also this season their record against the big six has been fantastic so far,as only Manchester United being the only team out of the big six to hand Arsenal their first loss this campaign.although they are yet to play the defending champion Manchester city but with what they’ve achieved so far this season,I’m sure city’s men won’t be a problem for Arteta’s team.

Collectively,they’ve been excellent and even individually making players like Bukayo Saka,Gabriel Martineli and also his Brazilian teammate who’s Arteta’s new signing Gabriel Jesus all making the World Cup squad for their country respectively. 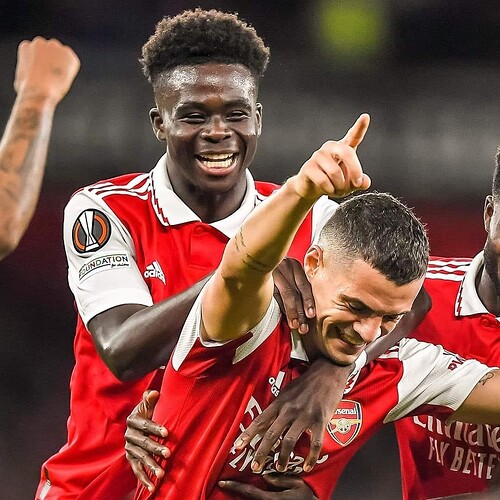 Man City is in hot pursuit, only 2 points away from Gunners. With Haaland and de Bruyne in the team, City will win the PL title. 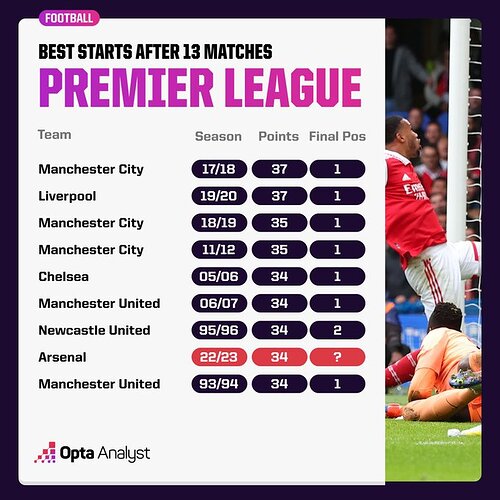 Cristiano Ronaldo would be happy if Arsenal win the Premier League 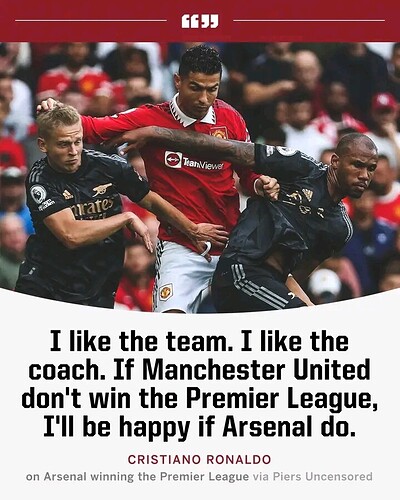