🥋 Bruce Lee - The Most Influential Martial Artist of all Time!

Lee Jun-fan (November 27, 1940 – July 20, 1973) professionally known as Bruce Lee was an actor, director, martial artist, martial arts instructor, and philosopher. A film actor and instructor of the combat practices, Bruce Lee gained a worldwide status in a short span of life and soon became one of the most influential martial artists of all time.

Nickname ‘The Dragon’, Lee is accredited with the formulation of Jeet Kune Do, (The Way of the Intercepting Fist), a new form of martial art which was quite different from the traditional and rigid form in matters of practicality, flexibility, speed, and efficiency.

An iconic martial arts performer, he performed in a number of television shows and films. However, the film that gained the most limelight and made him a ‘hero’ in the West as well was ‘Golden Harvest’ and Warner Bros production, ‘Enter the Dragon’. The film grossed about $200 million worldwide.

Posthumously, he was listed in the Time Magazine list of ‘100 Most Influential People of the 20th Century’. In 2013, he was conferred with the prestigious Founders Award at The Asian Awards.

Same year, a statue of him was unveiled in Los Angeles’ Chinatown. Standing 7-foot tall, the statue was made in Guangzhou, China and proudly serves as the testament of his accomplishments as a martial arts instructor. 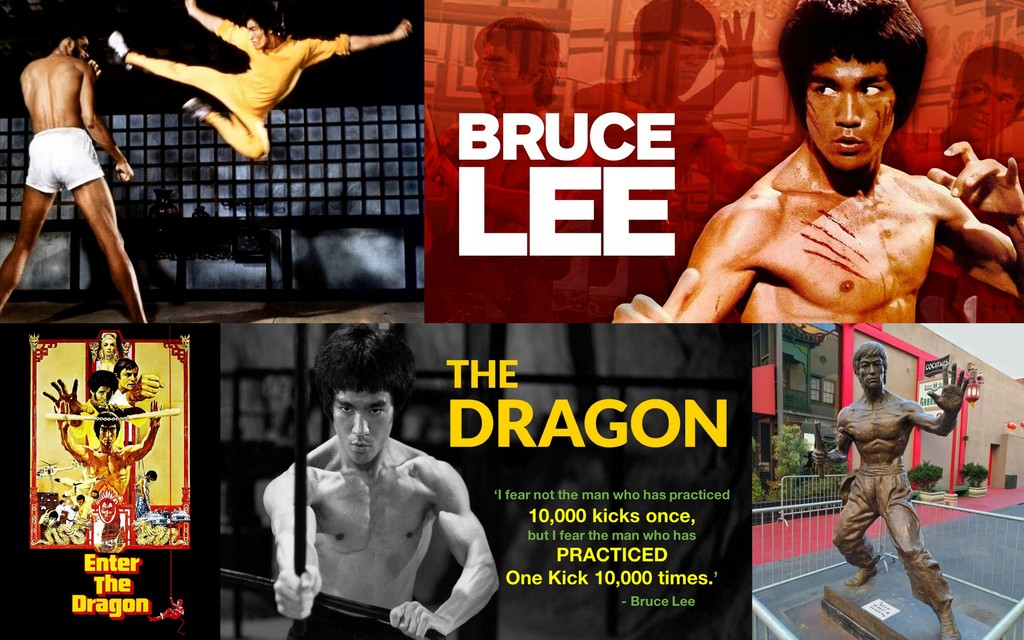 Man of super fast reflexes…even the cameras found it difficult to capture. It is said that Bruce Lee could snatch a dime off a person’s open palm before before they could close it and leave a penny behind.

I have watched a lot of Lee’s movies, being a fan of action movies. He is a legend, who was hailed as the man with fastest hands and reflexes. It is damn impossible to imitate him and I do not think that another martial artist as great as Bruce would be born soon. Before being a superstar he was a martial artist to the core.

Amazing Artist! Wathe done video of himself where he is playing Ping Pong with NunChaku. Can you believe?

Sad we lost him so early. One only wonder about what could have been?!