🚨 BREAKING: Jose Mourinho has been Sacked by Tottenham Hotspur

Tottenham Hotspur have SACKED Jose Mourinho, according to Multiple Sources 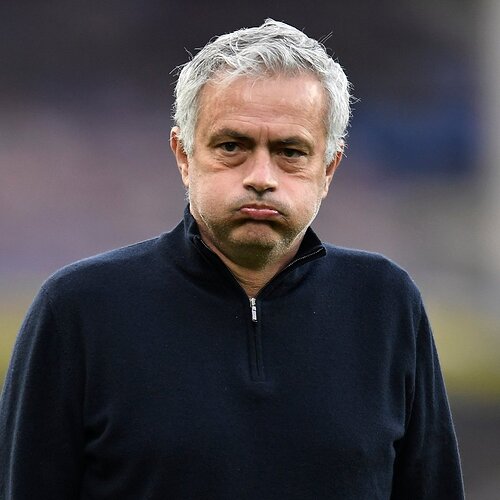 Is this a Fair Decision?

Jose Mourinho averaged 1.77 points-per-game during his time at Tottenham, the lowest return of his managerial career. 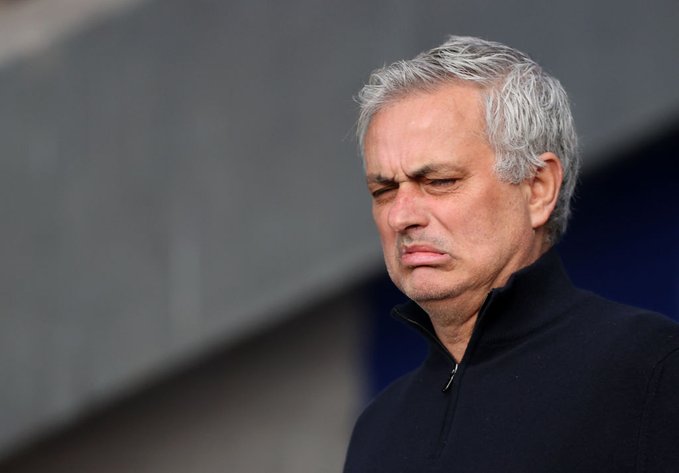 13 - José Mourinho has lost more games in all competitions in 2020-21 than he has in any other season in his managerial career (13). Regression. 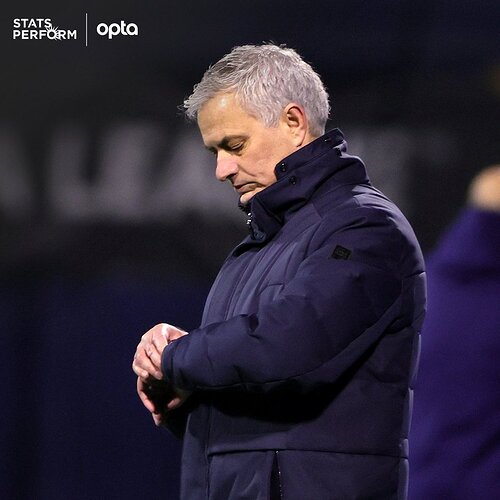 20 - No Premier League side has dropped more points from winning positions this season than Tottenham Hotspur (20, level with Brighton). Issues. 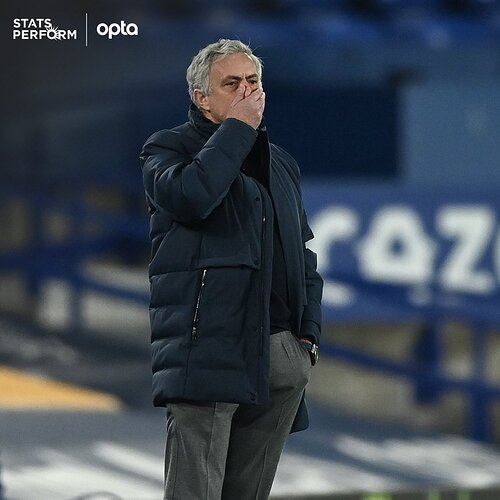 José Mourinho has lost more games with Spurs than at Porto, Inter, Real Madrid & his first spell at Chelsea. 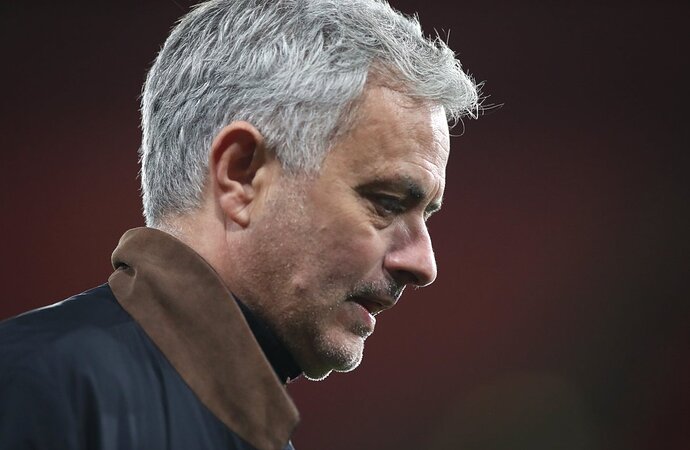 51% - Only with Leiria (45%) has José Mourinho posted a lower win ratio in all competitions in his managerial career than he has with Tottenham Hotspur (51% - won 44/86 games). Sacked. 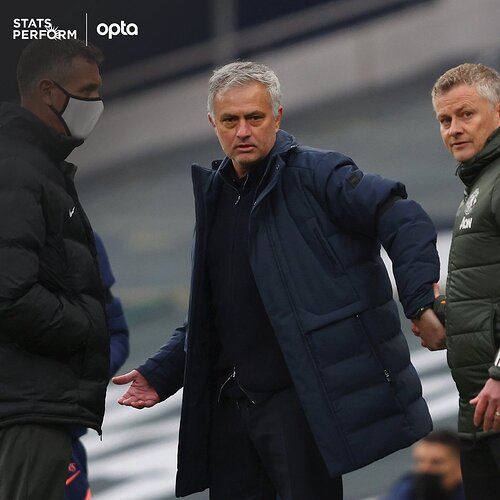 Spurs are the first club José Mourinho has managed for more than 20 games and failed to win a trophy at. 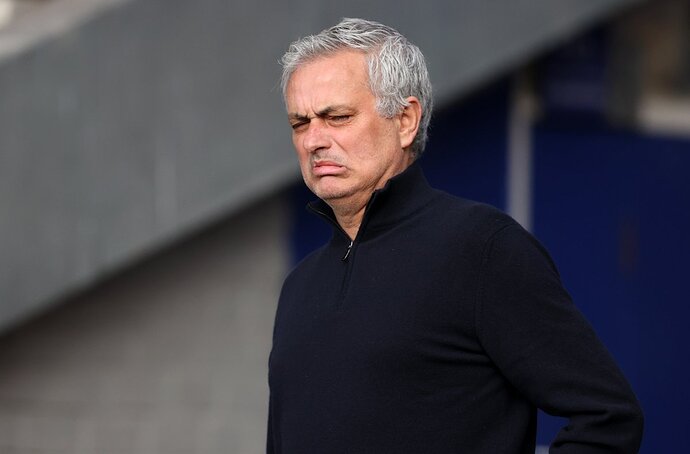 Official. Ryan Mason will be the Tottenham manager until the end of the season, after José Mourinho being sacked. Chris Powell will also work with him.

More: Tottenham board are already planning and discussing for the new manager starting from June.

Is this a Fair Decision?

Hmmm… Frankly speaking, not surprised with this news coming in!

Mourinho had been in charge at Spurs since November 2019, replacing Mauricio Pochettino, signing a deal until the end of the 2023 season. The club was obviously confident about Mourinho swinging his magic wand as they signed a 5 yr contract. However, the magic wand seems to be lacking magical powers. 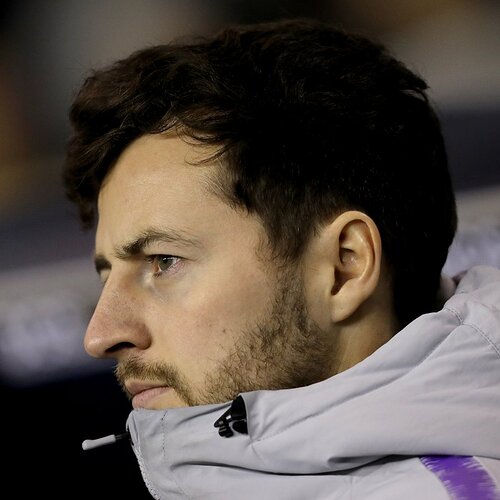 José Mourinho is the only manager to beat Pep Guardiola in a cup final (excluding Super Cups).

He was less than a week away from trying to do it again. 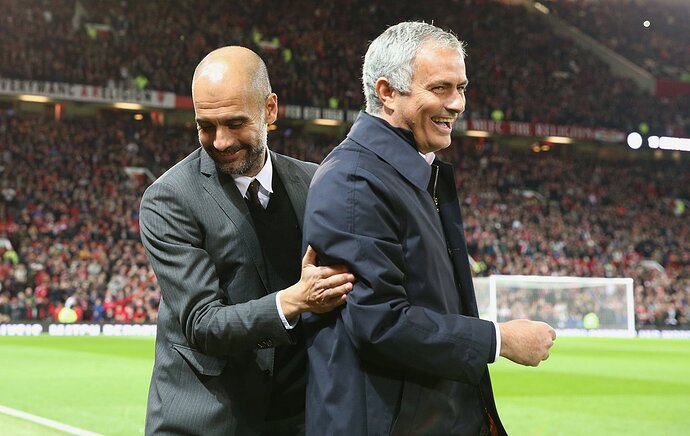 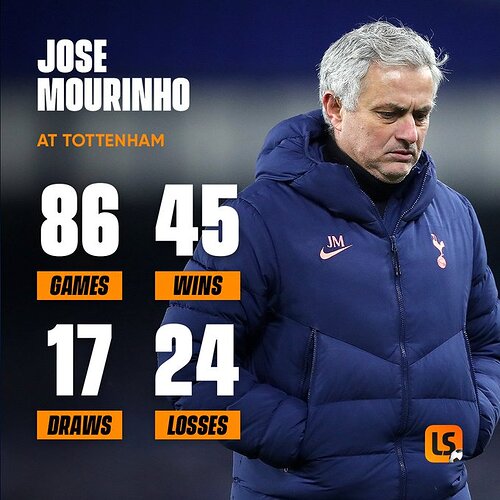 If 45 wins are against teams ranking below you in PL than those 45 wins carry less weightage.

If 45 wins are against teams ranking below you in PL than those 45 wins carry less weightage.

With the exception of their famous 6-1 win against Manchester United, Jose Mourinho’s Spurs has largely struggled against top oppositions in the league.

José Mourinho’s 100% record in the EFL Cup final is guaranteed to stay intact:

But he would have had the chance to overtake Sir Alex Ferguson and Brian Clough as the most successful manager in the competition’s history. 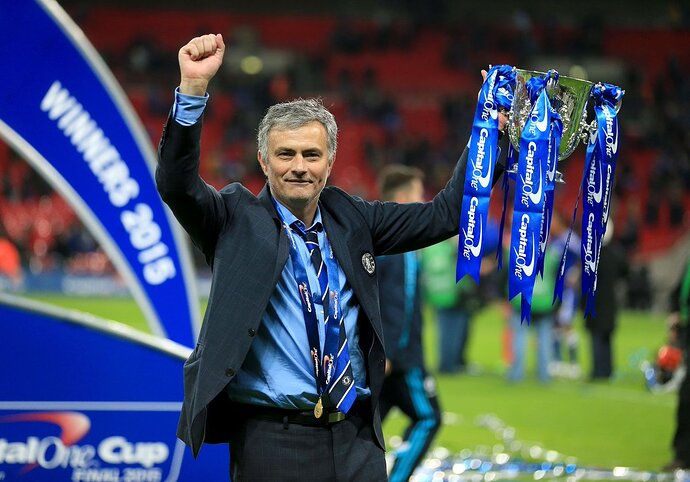 José Mourinho has been paid total of £93.5m for his sackings in football. 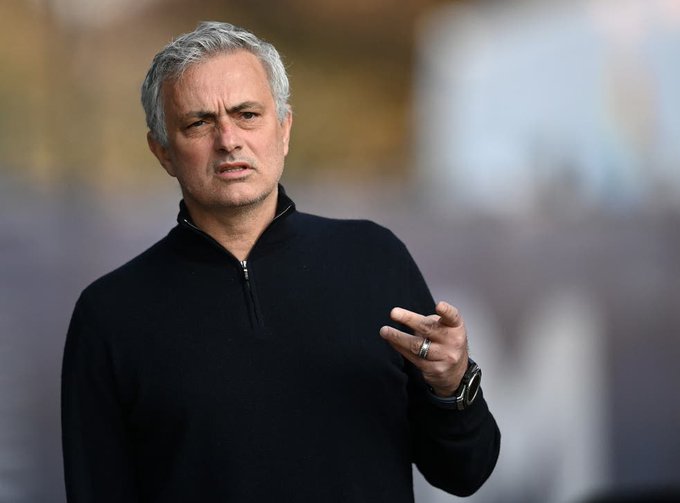 For almost two decades Jose Mourinho had won trophies at every club he managed.

But six days before Spurs play the League Cup final, he exits without a trophy at Tottenham. 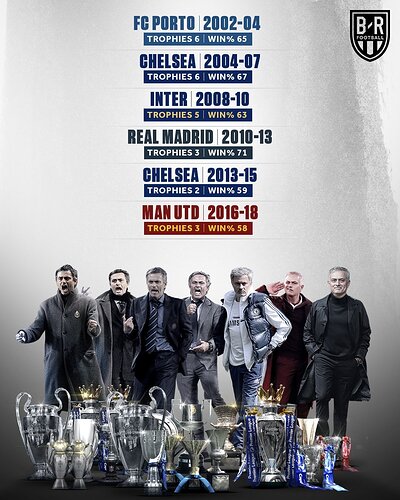 OFFICIAL: Tottenham have confirmed that Ryan Mason will be interim head coach until the end of the season.

He’s just 29 years old, and has been coaching at the club since being forced into retirement through injury in 2018. 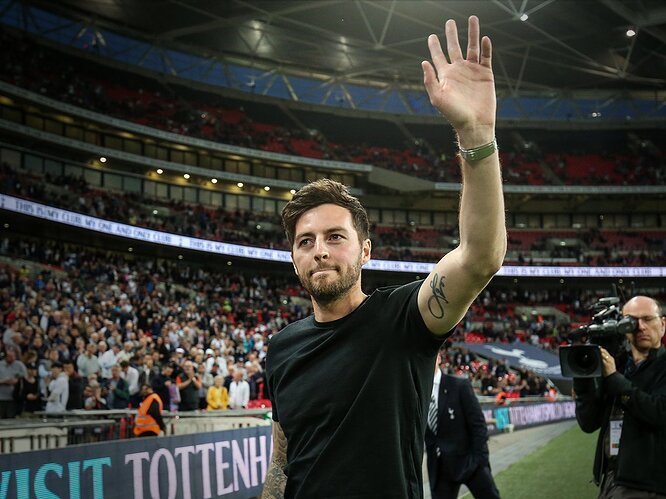 29 - Ryan Mason will be the first manager under 30 years of age to take charge of a Premier League game, while he’ll also be Tottenham’s youngest ever manager in their league history.