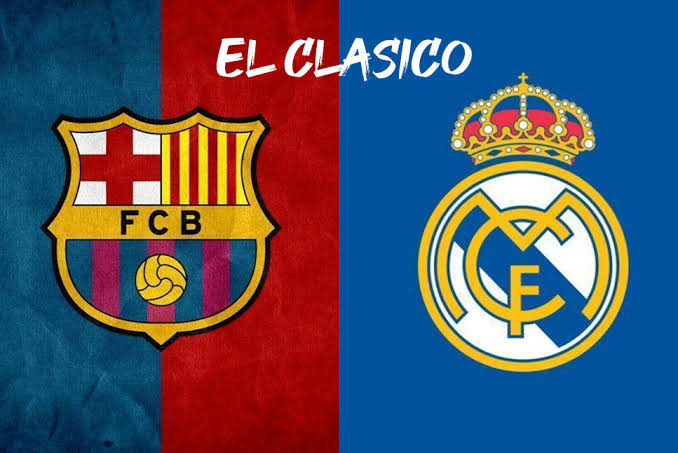 Real Madrid hosted Barcelona at the Santiago Bernabéu on Sunday in the season’s last El Clásico. Although it was not the season that would define the LaLiga champion, it was one that may be remembered for the scoreline, especially as Xavi Hernández seeks to cement his transformation at the Camp Nou.

Barça appeared to have double figures on their minds as they took an 0-4 lead, and Los Blancos’ defense did everything they could to help them achieve that goal. And this prompted the question, "What is the largest winning score in the world’s biggest club game?"

Biggest ever win in Clásico 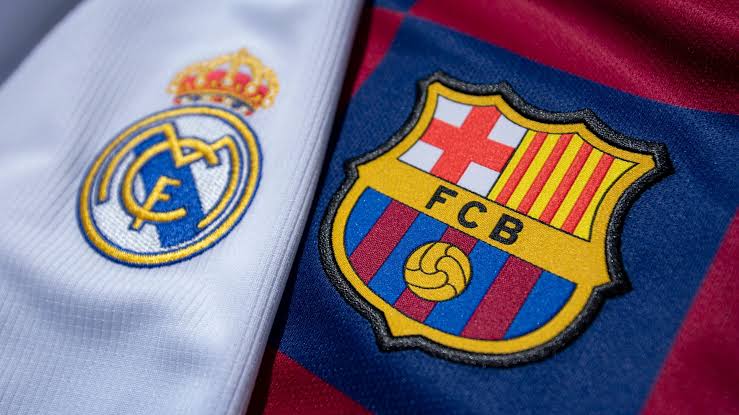 One of the most bizarre Clásicos occurred in June 1943, when Real Madrid defeated Barcelona 11-1 in the second leg of the Copa del Generalismo.

Barcelona came into the game with confidence after defeating Madrid 3-1 in the first leg at Barcelona. However, by the time halftime rolled around, Barça had fallen behind 8-0, and Madrid added three more in the second half to give us this incredible final score.

According to some, this is when the true rivalry began.

Of course, there have been several more notable victories in this rivalry. El Clásico’s historical narrative, at least as far as Barcelona fans are concerned, is shaped by 5-0 victories, which featured prominently this time around. They won by this amount in 1935 and 1945, but the most famous ‘Cinco-Zero’ was in February 1974 at the Santiago Bernabeu, when Dutch master Johan Cruyff inspired a seismic hammering of Madrid on their own turf.

In the 1994 Clasico against Real Madrid, the Dream Team had its most memorable Clasico moment.

Johan Cruyff’s side put in a scorching performance at Camp Nou to beat their historic rivals 5-0 and win their fourth consecutive title.

With a treble, Brazilian striker Romario stole the show, but it was the team’s overall performance that prompted jaws to drop and superlatives to be written.

For the Catalans, Ronald Koeman and Ivan Iglesias were also on target. 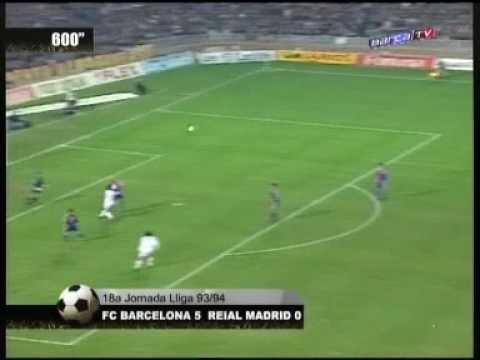 All was calm because Cristiano Ronaldo was there—or, at least, that’s what the Portuguese forward told us when he scored the winner at Camp Nou in 2012.

It was the first real sign—more so than the 2011 Copa win—that Jose Mourinho’s Madrid had overcome the mental restraints which had seen them without a La Liga Clasico win in seven encounters.

Real Madrid recorded the biggest ever Clasico win in 1943, overturning a 3-0 deficit from the first leg as they beat Barcelona 11-1 to advance in the Spanish Cup.

Pruden, with a treble, and Barinaga, who hit four, were the main benefactors of the win.

Unfortunately, as is occasionally the case in the history of El Clasico, the win has lost some of its sparkle due to revelations that Franco put the frighteners on the Barca players.

He, or maybe his director of state security, supposedly went into the Catalans’ dressing room to warn them of the consequences should they win the match.

You know you’ve just witnessed something special when Real Madrid’s fans are delivering a standing ovation to one of Barcelona’s players at the Bernabeu.

That’s what Ronaldinho managed to achieve in 2005.

The Brazilian’s stunning performance bore two goals and a deserved reception in the Spanish capital as Barca ran out 3-0 winners.

Samuel Eto’o scored the other goal. 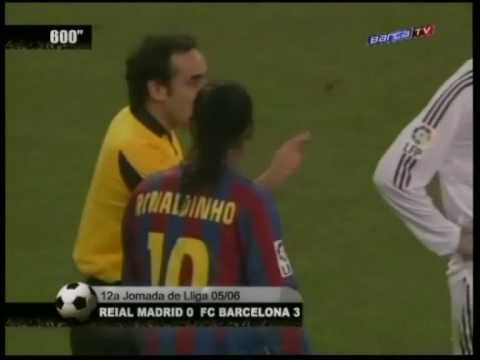 When Barcelona and Real Madrid played out a thrilling 3-3 draw in 2007, one man dominated the headlines. A 19-year old Lionel Messi stole the show in front of a packed Camp Nou, scoring an impressive hattrick including an equaliser to deny Real Madrid the victory. For a player who has produced some of the all-time great El Clasicos, this is arguably one of his best performances!

Aside from La Pulga’s brilliance, the match itself was an astonishing roller coaster ride. Ruud Van Nistelrooy had put Real Madrid ahead twice in the first half only for Messi and Barcelona to peg them back each time. However, things were looking bleak for Barcelona when Oleguer was sent off the field and Ramos put Real ahead with 15 minutes left on the clock. A famous victory for Los Blancos would have been certain if not for a certain Argentinian who equalised the score and prevented a loss in the 88th minute! This tie had almost everything, making it one of the best El Clasico matches of the 21st century. 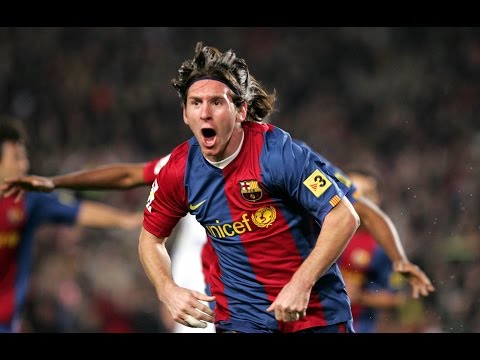 First win since 1931.
Snapping a losing streak is always a good thing, especially when it’s against your hated rival. After four years of not being able to beat Real, Barcelona finally ended the drought with a commanding 5–0 victory.

One of the best wingers in club history, Martin Ventolrà, scored four goals while Josep Escolà, who spent 11 season with the club, scored one as the blaugrana dismantled Madrid.

It was Barça’s largest margin of victory ever against Real Madrid up to that point in time (1935).

Barcelona would have four more games in their history where they’d beat Real Madrid by a score of 5–0.

In an instant classic, Messi hits a dramatic goal to beat Real
After four Clásicos earlier in the year, we were given two more Clásicos to begin the 2011-12 campaign. The Spanish Super Cup was at stake as Real Madrid and Barcelona clashed for the title. After a 1-1 tie in the first leg at the Bernabéu, it was on the Camp Nou to decide it all.

It was a tense game, as both teams were looking to get their seasons off with a title. Iniesta put the home team up 1-0. Cristiano Ronaldo tied the game in the 20th minute. Messi put Barcelona up just before halftime. Karim Benzema tied the game in the 83rd minute, and it seemed the game would head to extra time.

But Barcelona responded only five minutes later, as Cesc Fàbregas passed it to Messi, who gave it to Adriano inside the box. Adriano, who made a bad corner kick clearance which led to Benzema’s goal, redeemed himself as he sent in a short cross which met the foot of a flying Messi, putting the ball past Iker Casillas and giving Barcelona the Supercopa.

6 goals help FCB get their first win at the Santiago Bernabéu since 2005.
The game started out with Gonzalo Higuain giving the home team the lead in the 14th minute. But Thierry Henry evened it up just four minutes later. Carles Puyol got Barca the lead in the 20th minute. Messi made it 3-1 after Xavi stole the ball from Lass.

The second half saw Sergio Ramos head in an Arjen Robben free kick to make it 2-3. But in the 58th minute, Henry responded and got his second goal in the game, as Barça extended the lead to 4-2. Messi got his brace with a great pass from Xavi to make it 5-2. Lastly, Gerard Piqué put the cherry on top and added a sixth goal.

The Madridistas left in humiliation, as Real Madrid was humiliated 6-2 and La Liga was essentially lost that day.
The 6-2 win at the Bernabéu was the crowning achievement of Barcelona’s '08-'09 La Liga season and one of the greatest games in club history.

Real Madrid’s humiliating defeat and Barca’s comeback in the Sunday’s El Clasico must have been a sweet treat for Barca fans, especially after Messi’s exit. This El Clasico may perhaps not be remembered for the scoreline but Xavi Hernández’ transformation at the Camp Nou seem to be definitely reassuring to the fans.

Barcelona’s win was their 97th victory over Real. But Real still lead the overall Clasico head-to-head with 100 wins.

Barca’s memorable dominance on Sunday surely made the best team in Spain look completely helpless. Barca are looking simply unstoppable having extended their winning streak in La Liga to five games. There is simply no debating about the difference Xavi Hernández has made and the promising times ahead! 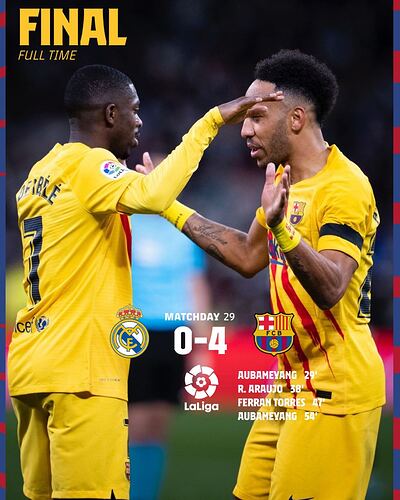