The BCCI announced on Saturday that it would hold all 2127-match domestic tournaments, including for the various age groups and the women.

The BCCI is likely to expand the IPL from the 2022 season, and a mega auction is expected to take place, possibly in December, after the Mushtaq Ali tournament is over. 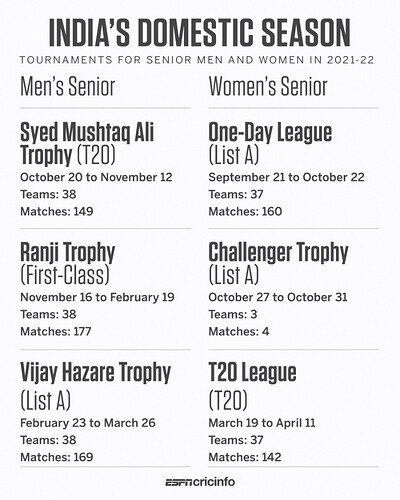 The Ranji Trophy will return to the Indian domestic calendar for the 2021-22 season after a Covid-19-induced cancellation in 2020-21. Saurashtra beat Bengal in the final of the 2019-20 edition of Ranji Trophy, which concluded just before the pandemic hit, for their first title.

It was the first time the Ranji Trophy had not been played since its inception in 1934-35, with the tournament having taken place even during World War II. 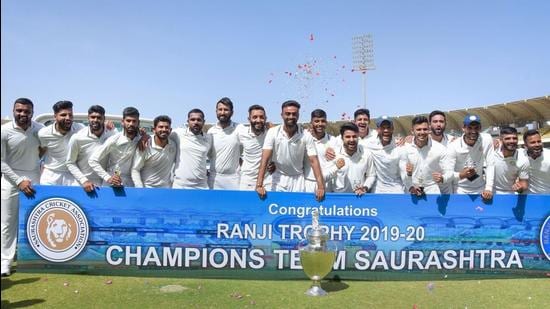 No Irani Cup, Duleep Trophy, and Deodhar Trophy in the upcoming domestic season for the 2021-22 season.

"It’s shocking that the BCCI has not scheduled the Irani Cup, Duleep Trophy, and Deodhar Trophy tournaments in the calendar in the forthcoming season. It’s important for the board to invest in domestic cricket and must pay full attention to it,”

“The BCCI can stage these tournaments, which are of tremendous importance in the domestic calendar, in August-September in Bangalore. Just because some players will be busy with the IPL, it doesn’t mean that the remaining domestic cricketers should be left twiddling their thumbs at home. Many domestic players, who don’t play in the IPL but are regular, senior players in their state sides will get the opportunity to play in these tournaments,” he added. 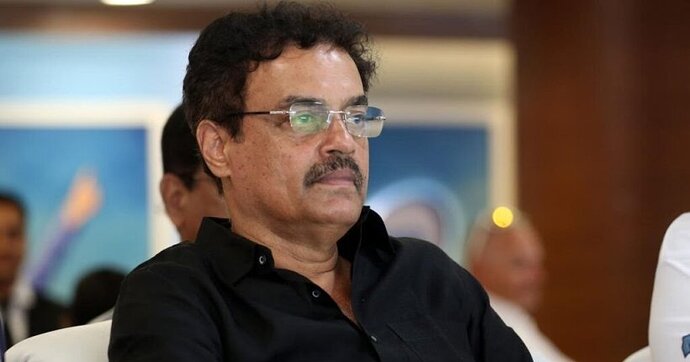 There is no first-class cricket on the cards for the women either, who are back playing the format after a gap of almost seven years.

There will be 38 teams in the men’s senior, as there have been for the past two years.

The Mushtaq Ali Trophy will have five groups: A, B, C, D and E. Groups A and B will each have seven teams, with the other three comprising of eight teams each.

The BCCI is yet to release details of venues and other logistical matters for the season.