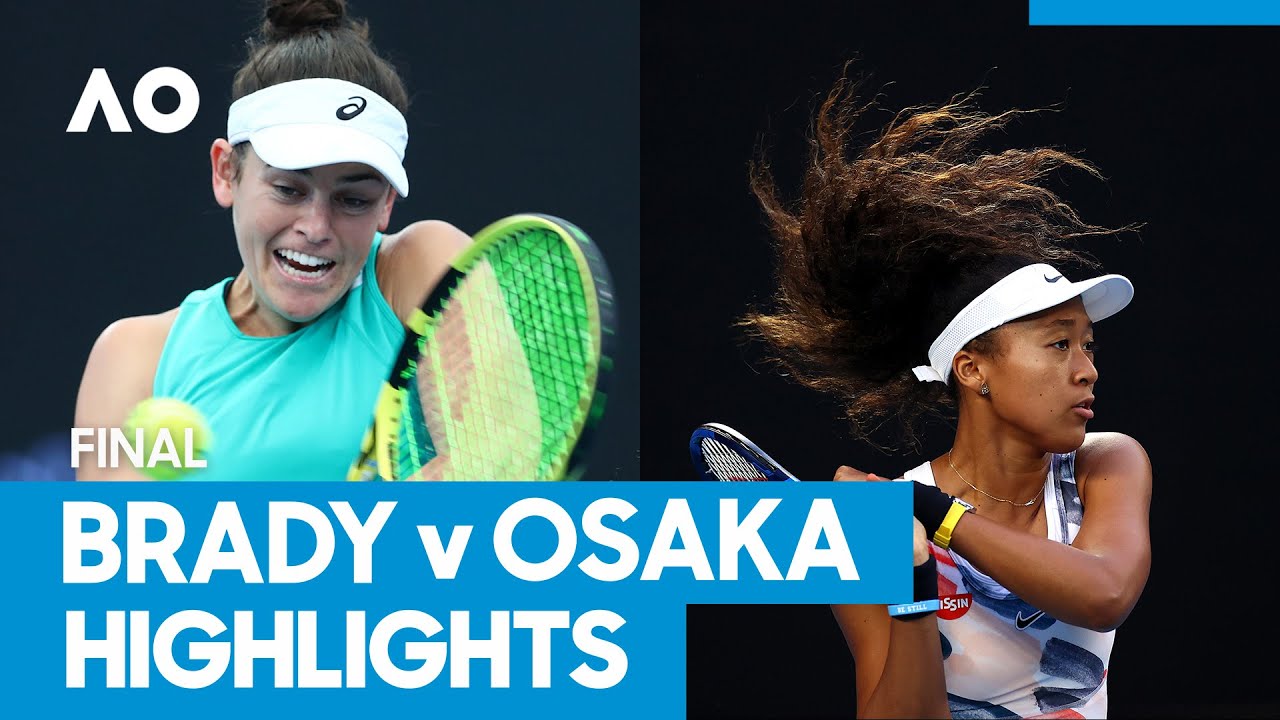 With 17 major titles, Djokovic is the favorite entering his 28th Grand Slam final. However, Medvedev has won three of their past 4 encounters, most recently a comprehensive 6-3 6-3 triumph at the ATP Finals. 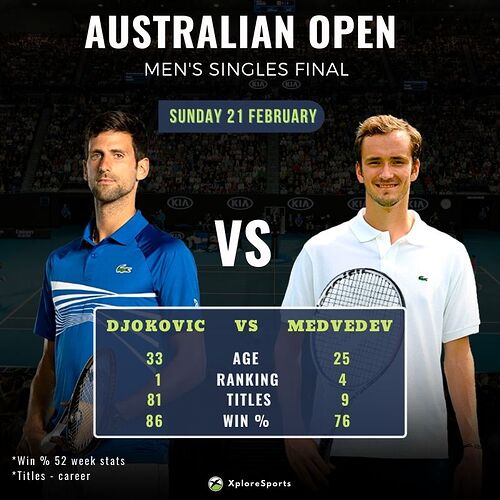 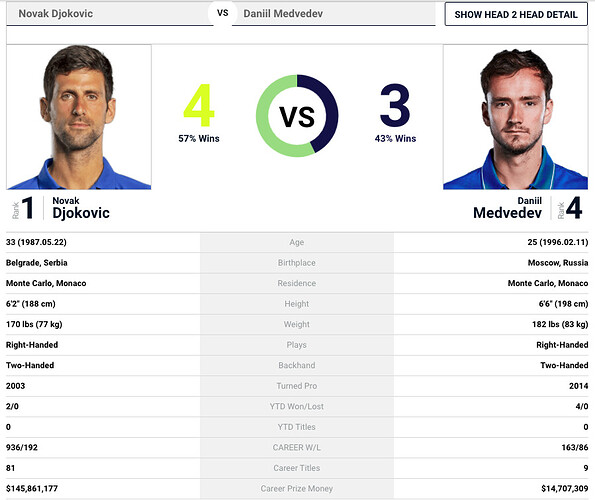 Djokovic on Medvedev: “I’m ready for the battle for the toughest match of the tournament, without a doubt,”
“Medvedev is playing at an extremely high quality. He’s the man to beat.” 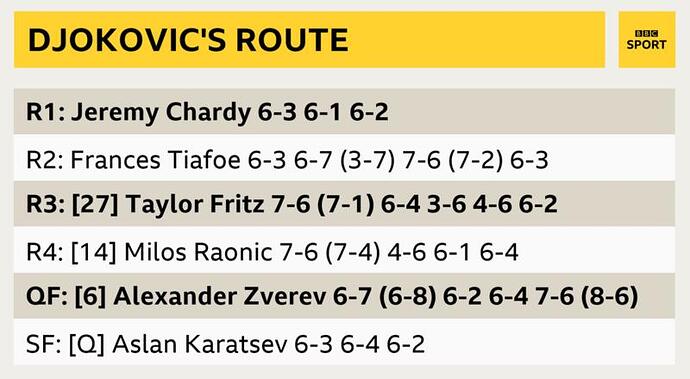 Medvedev is in the form of his life, having earned his 20th match win in a row by beating fifth seed Stefanos Tsitsipas in Friday’s semi-final. 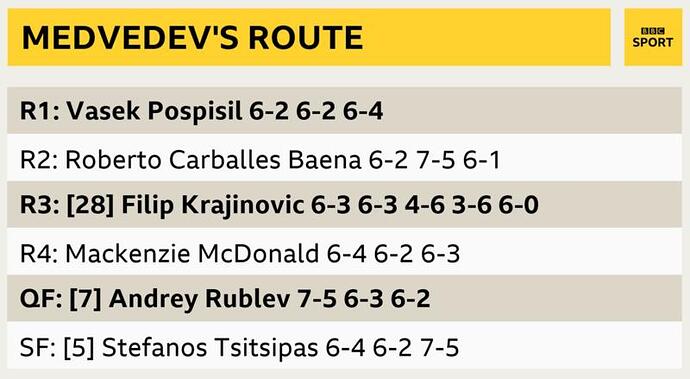 Djokovic keeps gaining on Roger Federer and Rafael Nadal in the Grand Slam standings, now up to 18 overall, two away from the men’s record shared by his two rivals.

Djokovic has won six of the last 10 major tournaments and is assured of remaining at No 1 in the rankings at least through 8 March. That will give him 311 weeks in the top spot, breaking a mark held by Federer. 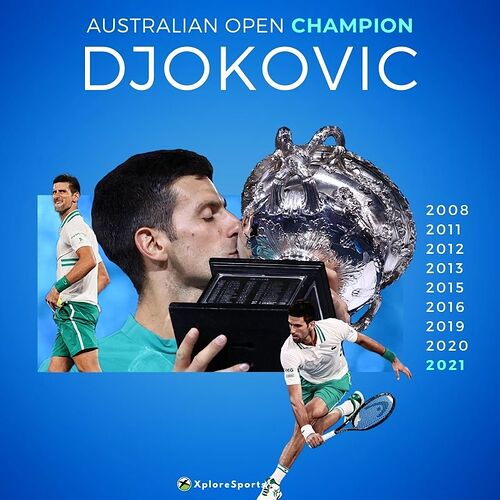 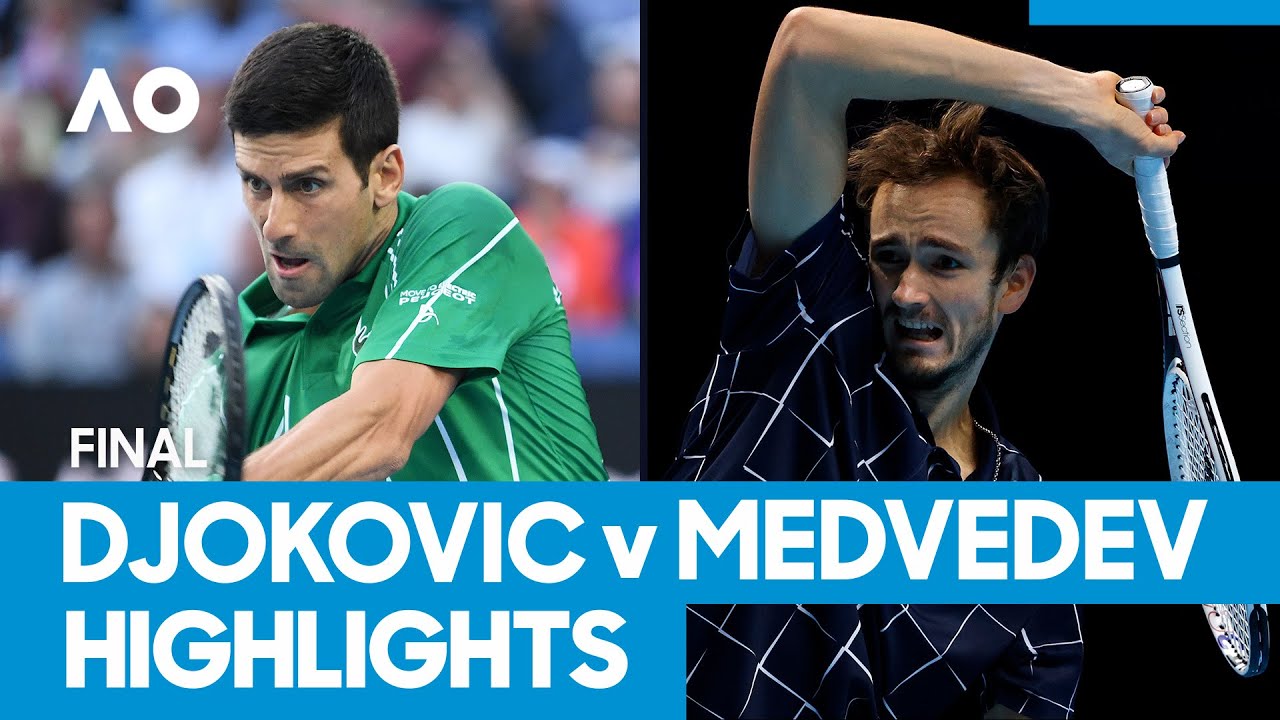 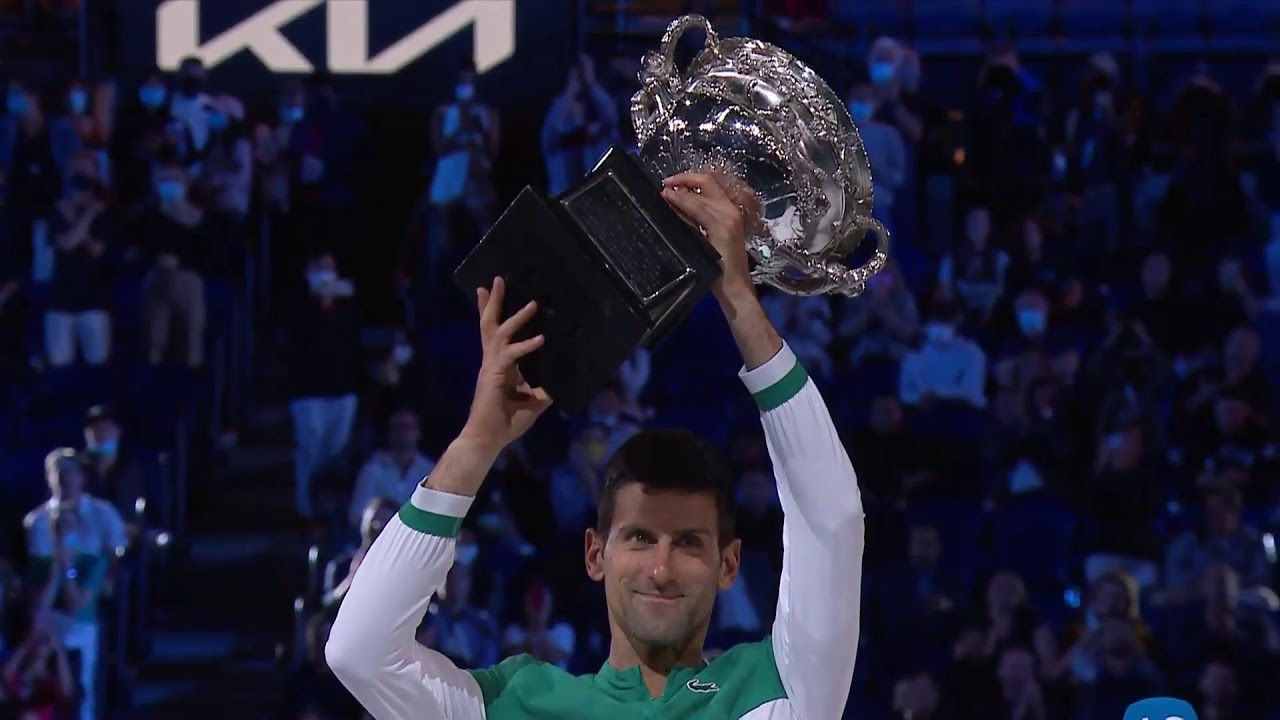 to the Big 3 Grand Slam club 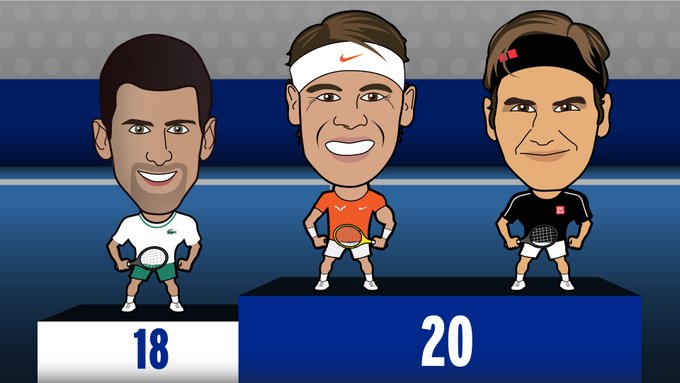 This race is getting tight… 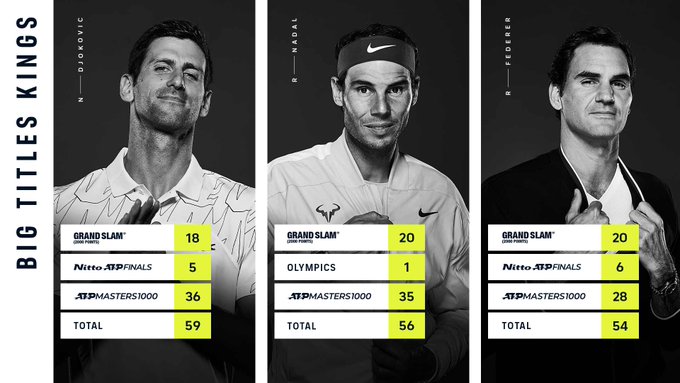